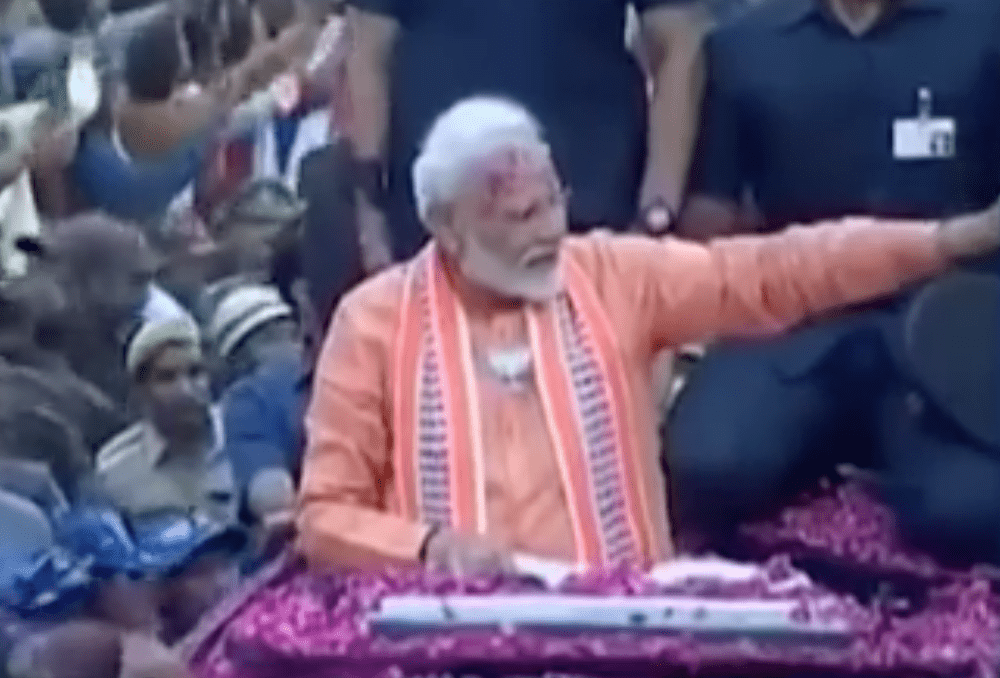 The Indian Constitution gave the disputed Muslim majority state of Jammu and Kashmir a limited degree of autonomy in India for 70 years. Article 370 of the Indian Constitution gave Indian Occupied Kashmir autonomy in all areas except defence, communication and foreign policy, while Article 35A only provided the right of residence to ‘permanent residents’ of Kashmir. Jammu and Kashmir, which encompass the Kashmir valley, is the only Indian state with a Muslim majority and the subject of a long-standing territorial conflict with Pakistan. Both nuclear powers have waged war on Kashmir twice, and there is an insurgency with a long history between the Kashmiris and the Indian army that has left at least 40,000 dead since 1989.

On 5th August  2019, the Indian government announced the abrogation of Article 370 and submitted plans to split the disputed Himalayan region of Kashmir; this was, in effect, a change in the constitutional settlement while providing a guarantee for Kashmir’s semi-autonomous status. It provoked an uproar in Parliament and fears of an armed conflict with Pakistan. Looking back, Mr. Modi’s Bharatiya Janata Party (BJP) has, since 1984, argued that Kashmir’s special status in the Indian Constitution is a mistake as old as the Indian state. Now the party appears to be trying to achieve this long-held desire. This article attempts to analyze how the BJP Citizenship Amendment Bill (CAB), the National Register of Citizens (NRC) and the abrogation of Articles 370 and 35A will pave the way for the conversion of India into what Hindu nationalists call “Hindu Rashtra” or the Hindu nation, through demographic changes in the region.

Kautilya, a contemporary of Plato, wrote in his Arthashastra that “a large population is a source of political, economic and military strength of a country”. Because it is a book of realism, it provides very measured and sometimes tough actions to protect a state’s interests. Bhargava, a political analyst and follower of Kautaliya, says that “India needs the harsh measures of Kautaliya, the realist, to enjoy the luxury of Ashoka, an idealist”.

The BJP-led government, in particular, has been pressurizing Muslims strongly through the implementation of draconian laws such as the Citizenship Amendment Act (CAB) and the abrogation of Articles 370 and 35A. Under the umbrella of such black laws, the BJP is conducting a demographic shuffle to create what we call a ‘Muslim mukt Bharat’ (Muslim-free India), which is one of the ways closely linked to crafting an image of Narendra Modi as a staunch supporter of “Hindu Rashtra” (Hindu nation).

The Citizenship Amendment Bill (CAB) 2016, in its section II, clause (b) clearly states that illegal immigrants from minorities such as Hindus, Sikhs, Buddhists, Jain, Parsi or Christians (coming primarily from Afghanistan, Bangladesh or Pakistan) will be entitled to Indian citizenship, while excluding people from the Muslim community. The desire to give them a safe haven can be understandable, but the problem arises when the government ignores Muslims in particular and, resultantly, raises a question as to the BJP government’s intentions behind the bill. The ideological inclinations in this bill are also obvious. In Assam, protests and riots broke out after it was introduced. Bengali Hindus who migrated from Bangladesh to India make up a large part of such illegal immigrants in Assam. Implementation of this bill will further benefit immigrants, who are already eating into Assam’s limited resources and rights of local people, as stakeholders once they are legalized. Giving citizenship to non-Muslim immigrants will reduce the Muslims to a minority in their own country and will threaten their culture. Hence, this bill promotes a Hindu nationalist style of the BJP government.

Secondly, the consequences of this bill will bring about significant changes to the NRC, a register containing the names of every genuine Indian citizen. Currently, the NRC is being updated in Assam. It is being revised for identification of illegal immigrants in order to send them to their country of origin. This bill is now shifting the scenario as the definition of ‘illegal immigrants’ changes. Bengali Hindus, who were declared illegal immigrants by the NRC, are now legal under the current clauses of the bill that destroys the NRC process and seriously affects the demographics of the area.

For the above reasons, the bill is widely criticized for trying to make religion a criterion for Indian citizenship – an act that would fundamentally change the secular character of India. The ruling party believes that India belongs to the Hindus only and that everyone else is either an invader or, at best, a latecomer who should expect nothing more than the status of a visitor. The citizenship bill should be seen as part of the BJP’s larger ideological and political agenda to turn India into a “Hindu-only home”. The BJP is clearly using this bill to send a message to Hindus in India that under their rule, “Hindus will always come first”.

In conclusion, Hinduism is a rapidly expanding political and cultural power throughout India as an important ingredient of nationalism. The decision to abrogate Article 370 in the IOK is a measure in the same vein. Common heterogeneity is likely to have a huge impact for as long as Modi is in power. This will not only change worrying assumptions about social scenarios, but it will also pose a threat to India’s modern secular democracy. The Muslims living in IOK would feel even more insecure. There, India has so far followed Kautaliya’s “science of politics”. Abrogating these articles was one of the promises made by Prime Minister Narendra Modi’s ruling Bharatiya Janata Party (BJP) ahead of the recent Lok Sabha elections in 2019. Now, that the BJP has returned to power with an overwhelming majority, and many Indian Muslims fear that Kashmir is a test case in India’s “Hinduization” of India. In addition to abrogating Article 370, the government has also introduced a bill to change the status of Jammu and Kashmir from an administrative entity to a union territory.

The key sticking point of Article 35A is that citizens of other parts of India cannot obtain land in IOK; only “permanent residents” of the state can acquire property. The Federal Home Minister Amit Shah, on 5th August 2019, unveiled a plan to divide IOK and revoke its special status. This abrogation will allow non-Kashmiris to own land in Kashmir. Modi is well aware that demographics can reshape politics by redrawing the boundaries of a population. The decision is akin to Israeli settlements in Palestine. It perpetuates the cycle of vicious and illegal politics.

Finally, in an ideologically polarized society, any identity-based animus would further feed the Indian policy of human rights violations and denial to the right of self-determination. This step is a clear violation of the UN resolution that declared Kashmir a disputed territory. Muslims are, by far, the majority with 68.3% of the total population in IOK, followed by Hindus and Buddhists. The power of numbers will be eroded by the application of Indian laws, such as the CAB, to encourage non-Kashmiris’ acquisition of land and depriving Kashmiris of their soil. As a result, it will cause greater instability in an effort to integrate the politically, ideologically and territorially. With demography as a key factor in any effort to achieve peace, peace between India and Pakistan will continue to face an uphill struggle. It also indicates the BJP’s intentions with India’s Muslims and raises fears of ethnic cleansing. In addition, the deployment of 42,000 Indian army troops, as well as electricity and internet cut-offs, ring alarming bells; it is laying the foundation for serious human rights abuses in Indian Occupied Kashmir to terrorize Muslims and force them to flee. In addition to a failed economy, rising unemployment rates, and increasing corruption, the secular state of India and its Constitution will become another victim of the BJP’s failing policies. Hence, the gradual politics of demographic engineering will sideline Muslim minorities not only in Kashmir but across India, making it a ‘Muslim-mukt Bharat’.

Print PDFLocated in the Pacific Ocean, south of China, east of Vietnam, west of Philippines and home to presumably large oil reserves and natural resources., South China Sea holds the prominence in international politics, which […]

Print PDFIndia’s Prime Minister Narendra Modi and US President Donald Trump have much in common, not least extensive use of Twitter to communicate their thoughts, policies and intentions. The arrangement for a Modi-Trump meeting on […]

Operation ‘Swift Retort’ and Its …by Dr Adil Sultan24 hours ago