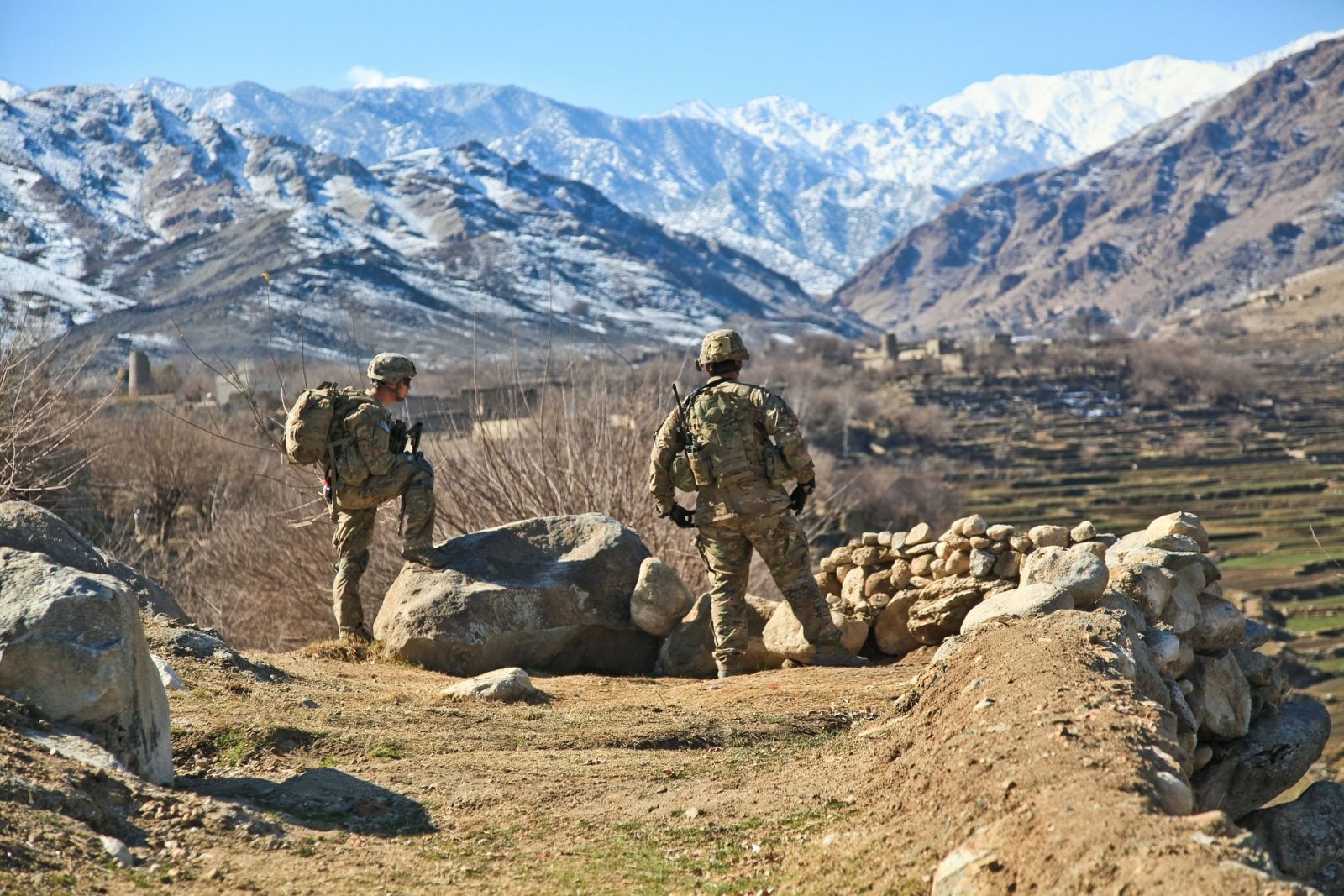 One of the most well renowned Prussian General and Military Theorist van Clausewitz in his book On War posited, “ War is the realm of uncertainty: three-fourths of those things upon which action in war must be calculated, are hidden more or less in the clouds of great uncertainty”. Therefore the commanders in war and those commandeering the battle from afar must have the full knowledge of the theatres of operations. This is not a tall call in today’s era of technology and communication. Instant availability of satellite imagery and excessive ground networks make the data access easier and much faster. The important question is why the commanders in any theatre of war, would refuse to gather such information.

Doing exactly that, the Special Inspector General for Afghanistan Reconstruction (SIGAR) in a quarterly report issued on Apr 20 claimed that “the US commanded NATO Resolute Support (RS) mission in Afghanistan formally notified SIGAR that it is no longer assessing district-level insurgent or government control or influence”. The notification further claimed that “district-level stability assessments were of limited decision-making value to the RS Commander”. The final nail in the coffin of US military support operations in Afghanistan was set by RS mission, confessing that “currently there was no other product or forum through which district-level control data is communicated to the (RS) Command”. It is noteworthy that the last RS produced data was shared with SIGAR on 22 Oct 2018, which showed government control over 53.8% of areas, totalling to almost 63.5% of the population. These figures were way below the aspiration to bring 80% of Afghanistan under government control.

This is a clear and significant signal from US perspective. After spending trillions of dollars of tax payer’s money and losing thousands of American lives (not to mention Afghans and other nationals living or fighting in the country), America is fast losing interest in the Afghan cause. The acceptance of American ‘defeat’ in Afghan War has been visibly absent in many acknowledgements, the latest coming from John Sopko, the head of SIGAR who retorted, “this much is clear: there’s even less information for American taxpayers to gauge whether their investment in Afghanistan is a success, or something else”. In the absence of one of the most significant indicators of success, it is very difficult for the security and stabilization operations to be conceived much less executed.

It has been almost two decades since the Taliban government was toppled by the US invasion. Afghanistan has been anything but secure for a good part of the last four decades starting Saur Revolution back in 1978. The revolution gave birth to unfathomable turmoil not only inside Afghanistan, but effectively embroiling the entire region through refugees crises, Kalashnikov culture, terrorism, proliferation of age-old narcotics such as opium taken to the next level in shape of heroin, drugs’ smuggling, dysfunctional governance, not to mention the religious, sectarian and ethnic trajectories. The 21st Century Afghan War, led and lost by the USA, leaves many lessons for experts and students of the security operations.

Since there was no plan for War in Afghanistan to start with, and neo-cons were in a hurry to take over Iraq, the lessons from previous wars could hardly be applicable to Afghanistan. Notwithstanding its tribal social structure, wild demography, and the unique nature of warfare, many of the lessons were rendered irrelevant. For example, the concept of village level self-defence was implemented in Vietnam by the USA and for different reasons in El Salvador, however, when El Salvador was repeated in Iraqi Sahwah (awakening) by Colonel James Steele, the result was creation of Daesh and the consequent destruction of social fabric of Iraq and most of the Middle East. Therefore, the punchline in military lessons is that they cannot be simply copy-pasted in every subsequent battlefield. However, the need for information gathering cannot be overemphasized, which unfortunately USA has decided not to any longer.

America has a long history of wars and starting 1776 the nation has been at war for 226 years out of total life spanned over 243 years, including every single year since the WW II. Purely in military equations, they should be winning every time they enter a battlefield because of such vast experience and largest military industrial complex in human history. Controlling the political affairs through the civilian leadership, and operations in multiple theatres of war by the generals should act as the best teachers. However, it seems that the new technological advancements bring a narcissistic hubris (and sometimes stupidity) in Pentagon as well as White House resulting in brand new follies. In case of Afghanistan, the revival of Henry Kissinger’s “Decent Interval” doctrine seems at work. As a first step USA is negotiating a deal with their erstwhile enemies – the Taliban, which will clearly leave Kabul government in a much weaker position. When (and if) the deal is finalized, USA will force Kabul to accept it, obtain sufficiently smooth withdrawal, stop the aid and refuse to get involved in clearing the local and regional mess. The process of withdrawal will hopefully be completed well in time to add votes to Trump’s 2020 re-election campaign, and in the meanwhile, USA will possibly look for a new Muslim country to invade.

It is also relevant to note here that the legal presidential term for Ashraf Ghani comes to an end on 22 May 2019 and the elections are likely to be held in late September. The confusion and indecisiveness looms for the governance in the interim period. In the absence of worthwhile international funding the chances of yet another Afghanistan collapse are getting brighter by the day. The major role is likely to be played in this transition period by the powerbroker and stakeholders, to which USA is only one party (albeit a significant one). There is a simmering tension between Kabul and Washington DC on the core issue of negotiations with the Taliban, and USA is now viewed out of sync with Kabul and opposition leaders, to be considered an honest broker for 2019 power transition in Afghanistan. If USA is unable to strike a workable deal with Taliban before this deadline, a security and power vacuum is likely to ensue in Afghanistan. Such vacuum could trigger fresh wave of violence, for example through Taliban Spring offensive adding fuel to the already sky high fire. Although Hamid Karzai stayed in office beyond his legal term till the election of new president, however, powerbrokers, such as Afghan National Security Advisor Hanif Atmar, are unlikely to allow the repetition of this tradition this time around. Even if Ghani stays in office, he will have very little political capital to invest in an all-inclusive peaceful Afghanistan.

The lesser said about the efficiency and efficacy of Afghan National Army (ANA), the better. The composition and war-worthiness has much left to be desired. Multiple standalone units are part of the army, which originally belong to local elite and powerbrokers. In case of political differences with Kabul, these forces are likely to part their ways and indulge in self-centered politically valuable ventures. In 2009 President Obama estimated that the total cost of raising and training ANA could reach $ 20 Billion, despite spending $ 8 Billion on Afghan Airforce alone, the force is still struggling to find feet.

The incompetence and stupidity of the war leaders have aptly been exemplified in Norman Dixon’s treatise On the Psychology of Military Incompetence. In the history of warfare, the Crimean War is usually regarded perhaps as the most ill-managed campaign in English History and the April 9, 1972 issue of the Observer concluded that this war touched the ‘nadir of stupidity’. There is little refuting evidence that American Wars of 21st Century (especially their refusal to monitor the areas controlled by Taliban and Kabul) certainly surpassed their previous military misadventures (such as Vietnam) and undoubtedly replaced Crimean War in touching the new nadir of stupidity.

Author: Waseem Iftikhar Janjua works at the Sustainable Development Policy Institute (SDPI) and is a PhD Scholar at the Center for International Peace and Stability (CIPS), National University of Sciences and Technology (NUST), Islamabad.

Countering BLA: A Combined Threat …by Usama Nizamani5 hours ago