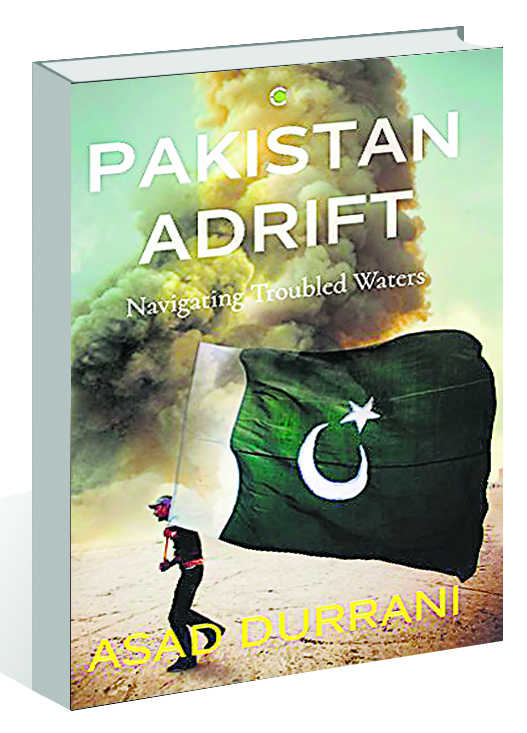 Writing reviews is complex business. One has to be reasonably familiar with the subject and do an unbiased appraisal. Since perfect objectivity was not a common commodity, the review is usually a personal view. But then it’s always so. In a dialogue or a discussion, one can do no better than echo own thinking. One still likes to occasionally believe that this time around the dice was heavily loaded in one’s favour and the others had no grounds to disagree. I for example was sure to get some fabulous reviews when my book; Pakistan Adrift, published by Hurst UK and co-published by Amazon India, came out in 2018. It turned out to be a damp squib.

Those who used to pester me to write the first ever book by a former head of the ISI, were nowhere to be seen. A few merely wanted a signed copy. Some others got it gratis and promised to write a review, but that was the last one heard of them. It maybe because of our lukewarm literary habits, or reluctance to stick one’s neck out to criticize or to praise. A few commentaries that appeared, merely supported the fable of the Seven Blind Men of Hindustan who described the elephant according to the part of its anatomy they stroked.

Most of them were expecting an outright confession that the military was the sole villain in the country’s power politics. My account however—though I conceded that the khakis didn’t quite acquit themselves with glory when running the country or pulling the strings from behind the scenes (what didn’t endear me to my former institution)—did not quite meet their expectations. One reviewer, a known intellectual and therefore a sworn critic of the Army and the ISI, turned all his guns against the author who carried both these labels. He ignored the contents but being a writer of some repute conceded that the book was well written, but then attributed it to nature’s gift and not to any remarkable feat of mine.

Since I had recently fallen foul with the military establishment for a number of reasons, the general refrain by the media or the academia to promote the book was understandable. The two rebels however defied the mighty GHQ. Amir Mateen and Rauf Klasra had a fruitful discourse on the book in their weekly programme on a major TV channel, and pleaded with the decision makers to heed to my advice. Lately they have been fired but I like to believe that it wasn’t because of my book.

The Indians surprised me by their sporting comments. No one took out his or her grudge against Pakistan, its military, or the ISI, through my book. One of the best reviews came from a former Indian ambassador to Pakistan, Dr. Raghavan. While generously praising the style and substance he merely indicated a tongue in cheek reservation on our desire for peace. Even a former RAW man expressed understanding, and the academics were indeed true to their calling. God bless them all.

The sole British review that I read was an interesting study of a colonial mind, not yet reconciled that the Empire was long gone. He was unhappy with his compatriot, Anatole Lieven, a renowned scholar of the Region, for writing a very generous foreword, and attributed all the good in the book to the British traditions. I claim professional credentials to evaluate the likely outcome of a military conflict between India and Pakistan. He could indeed disagree, but not without quoting any authentic references.

I didn’t expect anyone to encompass all the aspects covered by the book: personal observations; some afterthoughts; and even a few abstract endings. And that’s where a German scholar sprang a big surprise. He went from cover to cover with a microscope. Of course, I am familiar with the dedication that is the hallmark of their work ethics. But I think what made Dr. Hans Krech go the extra mile to work on his review was that he is a reserve officer of the German military, is affiliated with their armed forces leadership academy where I attended a general staff course in the mid 1970s, and our personal acquaintance. Even if I had to write a review of this book and quietly pass it on to one of my lazy friends to get it published under his name, I would not have dared to suggest that whatever of any significance happened in Pakistan, I was a close witness or a participant. Krech did just that.

And that’s the lesson one has learnt time and again. More important than the task at hand is the attitude with which you embark upon it.

Print PDFIt is widely known that advancing forward is far easier when swimming with the tide rather than against it – but tell that to a policy planner, and they are likely to argue otherwise. […]