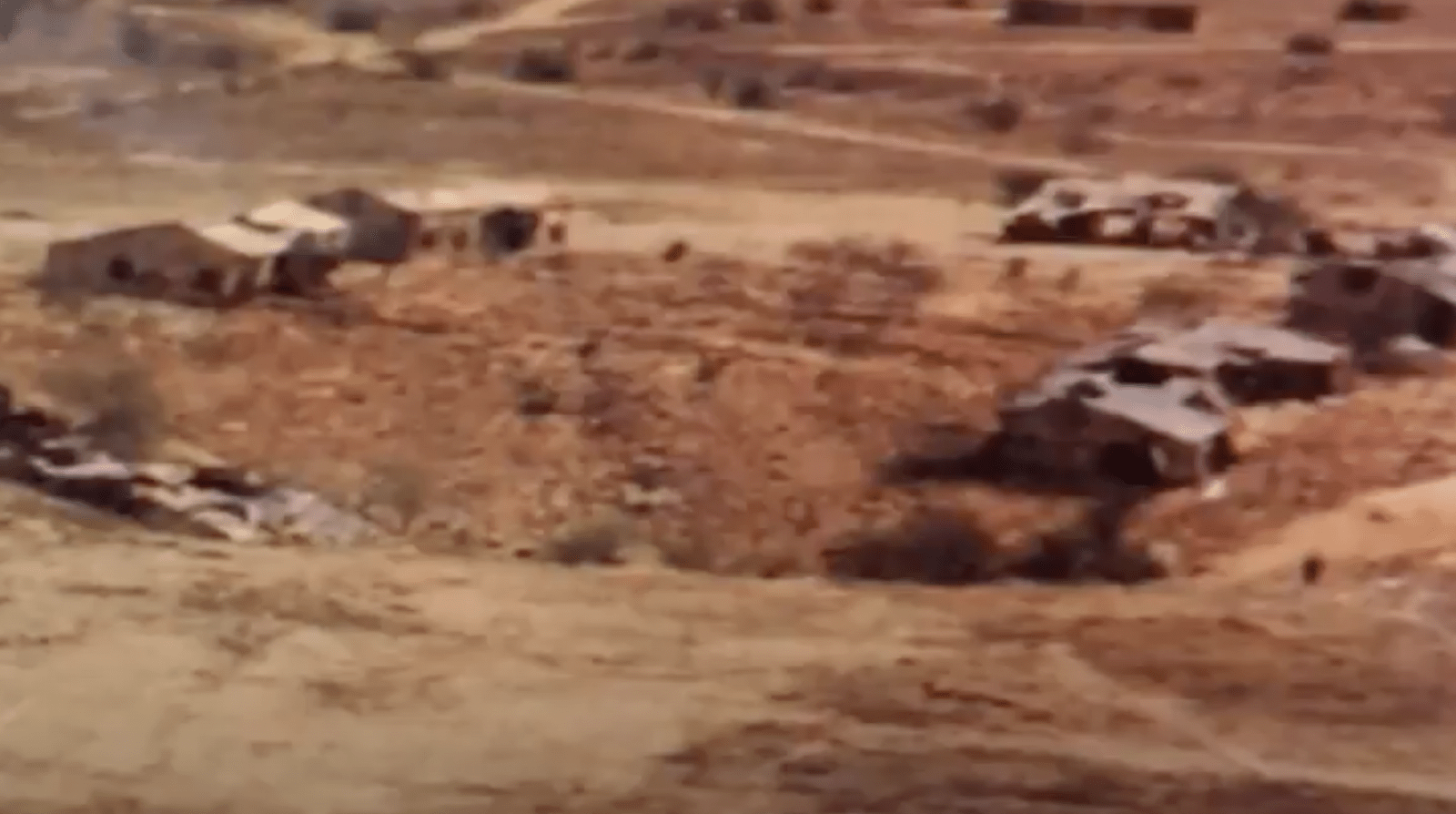 On May 18, 1974, India claimed that it had successfully tested a nuclear device, codenamed “Smiling Buddha” and became the sixth nation to have exploded a fission device. The test was conducted exactly four years after the Nuclear Non-Proliferation Treaty (NPT) had entered into force and most countries were in oblivion that the world would never see a sixth nuclear weapons state. This Indian act was a disrespectful shock for the post-NPT nuclear order because the world’s great powers thought that the issue of nuclear proliferation has been settled, once for all. But New Delhi defied that nuclear order and tested its first nuclear device by testing an eight-kiloton device in the Jaisalmer desert, 5 km from Loharki village. Since then, the villagers have frequently reported that they have experienced radiation-related diseases.

The villagers living in the vicinity of the explosion site had been identified as ‘martyrs’, as all destruction, particularly human health, was considered to be collateral damage for the greater good. Forty-six years after the first nuclear test, the villages around the Pokhran test range have long been out of the spotlight in the international arena. However, due to unusually high rates of cancer and genetic diseases, these villagers formed a dramatic community of people who struggle everyday with the risk of exposure to radiation. The government has done little to remove apprehensions of the villagers for almost half a century.

Scientists believe groundwater could still be contaminated in Loharki and many other villages. The associate professor at the Hiroshima Peace Institute, Robert Jacobs, who has been studying several nuclear testing sites, said that it was seriously concerning that the alpha-emitting particulate matter was common in areas around every nuclear test site of India. A classified US-leaked document of 22 May 1974 also stated that the Pokhran nuclear test had contaminated the desert area’s groundwater. The document was sent by Daniel Patrick Moynihan to Washington DC in which he said: “Depending on the cratering and earth splitting effects of the blast, the ground water in the immediate vicinity of the blast site as well as the sweet water reservoirs could very well be contaminated.”

India conducted its second round of nuclear tests in 1998 under the code name “Operation Shakti”. The site for an underground explosion was located only 3 km away from Khetolai, a village of approximately 5000 inhabitants in the locality of the city of Pokhran.  In Khetolai, cancer death has become prevalent; it is difficult to ignore the correlation to nuclear tests. Last general elections were a nightmare for residents of Khetolai. In his election campaign, PM Modi said that India is not scared of the nuclear weapons of Pakistan and he asked, “have we kept our nuclear bomb for Diwali?” The resident of Khetolai, Zajmal Ram Bishnoi – who has some idea about fallout of a nuclear explosion – responded, “We want to live in peace. We don’t need war. If nuclear weapons are used, everything that is in front of our eyes will disappear.”

In western Rajasthan, the high occurrence of leukaemia prompted physicians to support studies that determined whether the Pokhran nuclear test in 1974 was responsible in any way. Comprehensive research in the field of malignancy undertaken by R G Sharma and his collaborators at Dr S N Medical College in Jodhpur, the results of which were released in September 1992 in the Indian Journal of Cancer. Following the first 1974 test, Sharma and his partners identified 2,662 new cancer cases. In a 2012 “GLOBOCAN” World Health Organization’s (WHO) survey, five lakh deaths due to cancer have been recorded. One in 2,500 citizens, according to a preliminary estimate, dies from cancer.  In Khetolai, the same estimate shows a quadruple increase with respect to the national level: one in 500 individuals succumbs to cancer. In other figures, the Department of Atomic Energy found that 70% of the health-related deaths linked to atomic energy hubs have been triggered by cancer over the past 20 years. However, no further research was carried out notwithstanding these alarming findings.

Billions in India face the awful possibility of surviving under the influence of unchecked nuclear ambitions. The nuclear establishment’s confidentiality and ignorance have failed to reveal proper security information related to current and future nuclear-related projects. India plans to source a quarter of its energy from nuclear power by 2050. The policy pundits have formulated this random growth in nuclear sector when hundreds of thousands of Indian men and women have participated in protested against the expanding nuclear industry. These remonstrations have been a steady feature in Koodankulam, Jaitapur and Gorakhpur. At least five protestors have lost their lives since 2010 in their struggle against the country’s unverified nuclear expansion. Meanwhile, radioactive waste from uranium mining in the country’s east is reportedly affecting adjacent communities. Thousands of Indians suffer from the effects of uranium mining as related to poor technical and management practices.

Unfortunately, on a number of occasions, India treated its citizens as lab rats. The people of India should brace themselves for another nuclear misadventure because Indian scientists are asserting the government to evade signing the Comprehensive Nuclear-Test-Ban Treaty (CTBT). After all, the thermonuclear test of 1998 was a failure, as the yield of the fusion device never produced the desired results. The Defence Research and Development Organisation (DRDO) has already given green signal to the government to conduct more nuke tests. India under the leadership of PM Modi is fully capable of committing radioactive folly. The Hindu leadership under extremist ideology of BJP will again happily take advantage of the ignorance of the Indian population on nuclear issues under the guise of greater national interests.

About Zain Jaffery 3 Articles
The author is a student of Current Affairs and Political Science with a master’s degree from NUST, Islamabad.

Challenges to the Arms Reduction and Nuclear Disarmament

Print PDFTo live in an anxiety free world and non -violent environment, the utility and use of weapons should be reduced. Arms reduction plays a fundamental role in state security and government’s decision-making regarding political […]