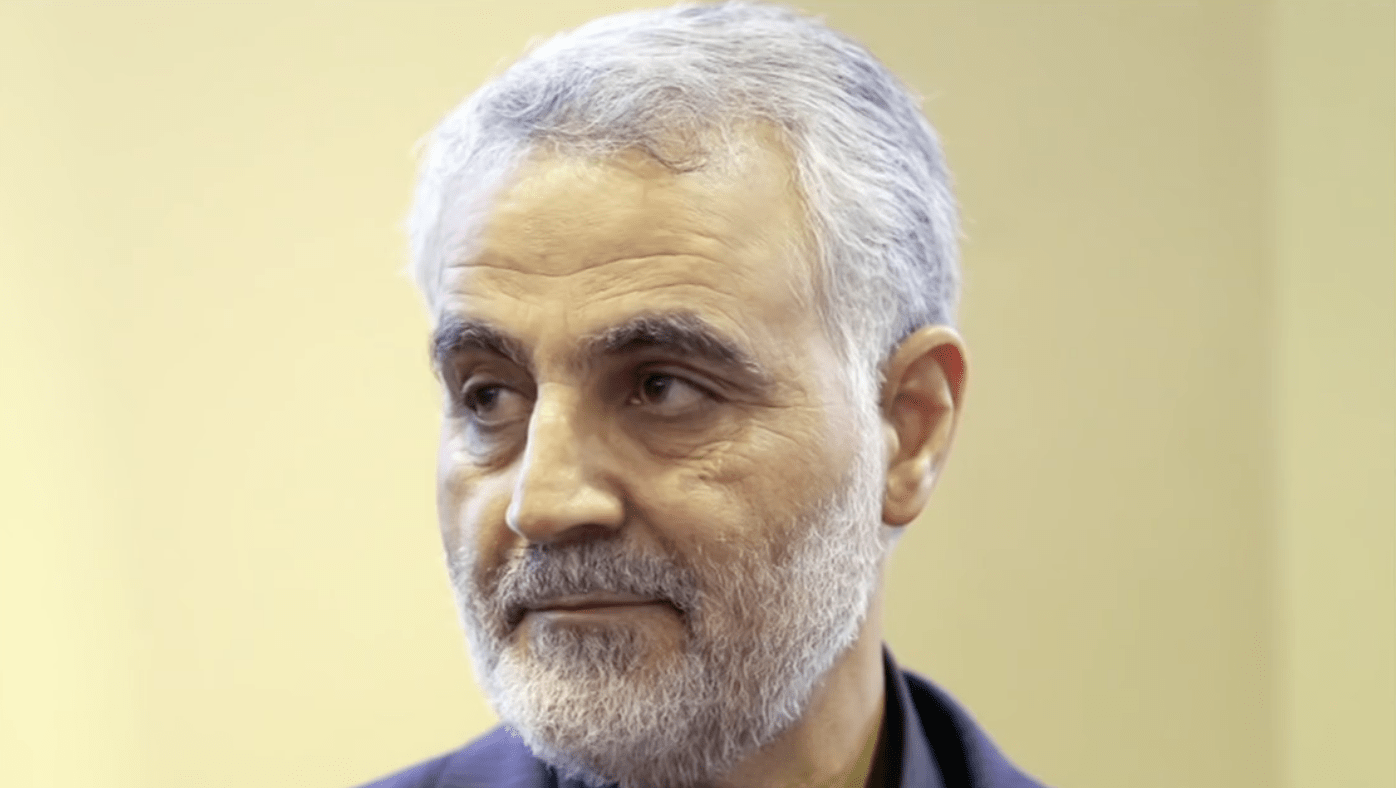 The new year has kicked off with an inexplicable development in international politics. On 4th January, it was announced that Iran’s Islamic Revolutionary Guard Corps’ (IRGC) Quds Force Commander Qassem Suleimani was killed as a result of a US airstrike. The MQ-9 Reaper drone fired a missile into a convoy leaving the Baghdad airport, killing the Iranian general.

The Pentagon confirmed that the strike was executed on the orders of President Trump on the premises that Suleimani was involved in plotting attacks on American diplomats and officers in Iraq. Moreover, he blamed the Iranian General for the taking away the lives of America and its allies’ service members. Likewise, this was followed by a statement from the Pentagon that the objective of the strike was to deter Iran from carrying out any attacks in the future. Trump’s advisors have shared that the strikes were intended to relay a simple yet concrete message to Iran that its aggressive adventures will not be tolerated any further and a president who seems unwilling to initiate a war will likely opt for escalation if American interests are at stake.

Neither the Bush nor Obama administration decided to kill General Soleimani, despite being aware of his prime role, as they viewed that the potential retaliation and cost would outweigh the benefits as it would trigger Iran to retaliate in unpredictable ways.

General Soleimani was the person who was largely responsible for intelligence gathering and military operations. He was indeed the person who had the most authority regarding the Iran’s regional strategy. It was reported that it was after his meeting with the Russian president Putin that Russia agreed to deploy military in Syria. Furthermore, he had friendly relations with the Supreme Leader, Ayatollah Khomeini and there were speculations that he would be the next leader of Iran. His death will serve as a major blow to Iran in political and strategic terms.

While Republicans are busy hailing this decision, the Democrats have serious reservations regarding this attack and have expressed their concerns as it could pave way for instability in the region. Joe Biden has accused Trump of throwing dynamite into a tinder box. House Speaker Nancy Pelosi called for a full briefing and in a written statement asserted that the airstrike “risks provoking further dangerous escalation of violence” and questioned the strike being carried out without consultation with the Congress.

General Soleimani was a man of profound stature in Iran. The US strike will not go unnoticed by Tehran which has announced that it would retaliate and take a ‘forceful revenge’. An emergency security meeting was called immediately after the attack and three days of mourning were announced by the supreme leader Ayatollah Khomeini. Likewise, Iran’s foreign minister Jawad Zarif has termed the attack as an act of ‘international terrorism’.

Liberal Hegemony in Action.    Trump has opted for a unilateral escalation that will precipitate regional instability and turmoil. In the 2016 US election campaign, Donald Trump was not only contesting the Democrats but also the ideology that his own Republican Party had been practising for years. Indeed, Trump was running against the liberal hegemony, a policy that assigns US the role of a world police that facilitates liberal institutionalism and imparts a duty to steer democracy throughout the world through social engineering, regime change or whatsoever action deemed necessary. This policy was in action after the end of Cold War and with the onset of American unipolar moment. Trump was against liberal hegemony and he affirmed that under his leadership there would be an ‘America First’ policy by ending the useless wars that the US had initiated in the previous decade. However, Trump seems to be carrying on the same legacy that the previous administration executed.

If the current world order is analysed, we see that the policy of liberal hegemony backfired badly. Terrorist organizations such as Al-Qaeda and ISIS are the fruits of the US having extreme interference in the Muslim world. Likewise, the US, in attempt to westernize the whole world, has provoked China and Russia to accumulate more power and take the world on the trajectory to multipolarity. On the other hand, liberal institutionalism has also been unable to bring peace and prosperity as the major powers themselves often defy the rules whenever their interests are at stake. Similarly, it was liberal hegemony that was behind the invasion of Iraq, Afghanistan, Libya and Syria and now once again it is the same policy that has killed the Iranian General and Iran. This action has the protentional to backfire like the previous liberal hegemony-inspired actions have.

Implications of the Attack.    There are a number of ways that the implications of this attack might roll out. Firstly, the strait of Hormuz is extremely vulnerable as Iran may restrict the flow of oil which will ultimately have a soaring impact on the oil prices. Approximately 22.5 million barrels of oil passed the strait between 2018 and 2019. Even if Iran doesn’t physically obstruct the flow of oil, it can carry out military exercises in order to deter states from sailing their tankers in open waters. Last year, when two attacks were carried out involving one Iranian oil tanker, oil prices surged by 2%. Hence, the present scenario poses a threat to international economy.

Secondly, Iran has its own style of tackling its enemies – it resorts to overt strategies through asymmetric warfare. The Quds force has extended its network to a wide extent in the Middle East. Hence, Iran can give a tough time to the US as it has multiple theatres to confront it. The extensive network of proxy militia spread across Syria and Iraq can inflict a considerate amount of damage to US personnel stationed in the Middle East. They can also target US embassies and other institutions where American servicemen are present. Moreover, Iran can also carry out cyber-attacks against institutions in America.

Thirdly, there are around 5000 American troops stationed in Iraq which have been fighting ISIS since 2014. Due to the influence that Iran has over Iraq, it was communicated to the US by Iraq that they shouldn’t execute attacks on Iran from the Iraqi territory. However, this request has been violated in a very intense manner by killing the Iranian general. Hence, in the future, even if Iraq does not ask the American troops to leave, the relations between them will suffer and it will create hurdles in fighting ISIS (which is again picking ground in northern Iraq) and training of the Iraqi forces. Likewise, the life of American diplomats is also under threat, as was evident in the attack carried out at the American embassy in Baghdad.

Lastly, Iran will augment its defence capabilities to make it less vulnerable to such attacks. Iran was already inclined to acquire the S-400 missile defence system, yet the demand was turned down by Russia in May 2019 in the light of the soaring tensions in the Middle East. However, in June, there were reports that Russia was ready to sell the S-400 system to Iran, provided an official request was made. In the light of recent developments, there can be a scenario where Iran decides to acquire and deploy the S-400 missile defence system. Resultingly, these developments will create unease in Saudi Arabia and can also invoke escalation between the arch-rivals in the future.

Provoking Iran will have hefty consequences as in case of war, the spill over effects will jeopardize regional security. The US has already deployed 750 troops this week, with an additional 300 troops in the coming weeks. Since May, United States has deployed 14,000 additional troops to Middle East. The scope and intensity of Iran’s response is arduous to predict at this stage yet there are ample chances that the cycle of counterattacks can make its way to a direct confrontation between both states.

Ironically, President Trump said that Obama would initiate a war with Iran in order to get re-elected and it is Trump himself who has executed this decision in which very little thought was put. The United States could have used an alternate strategy that would have given Iran some room to avoid escalation, rather than carrying out such a lethal high-profile attack which would inevitably provoke Iran to a stage where it is glaringly obvious that it would retaliate.

Print PDF1 word. 11 letters. 5 syllables. As of January 2020, it is the most powerful word in the world. A word that always follows the five second countdown to the hourly news headlines, compels […]

Print PDFCollateral damage in conflicts between state(s) and non-state actors make international headline news. They cause severe embarrassment to the former and weaken their resolve to put down the armed insurrection through use of force. […]

Prospects of peace in Afghanistan