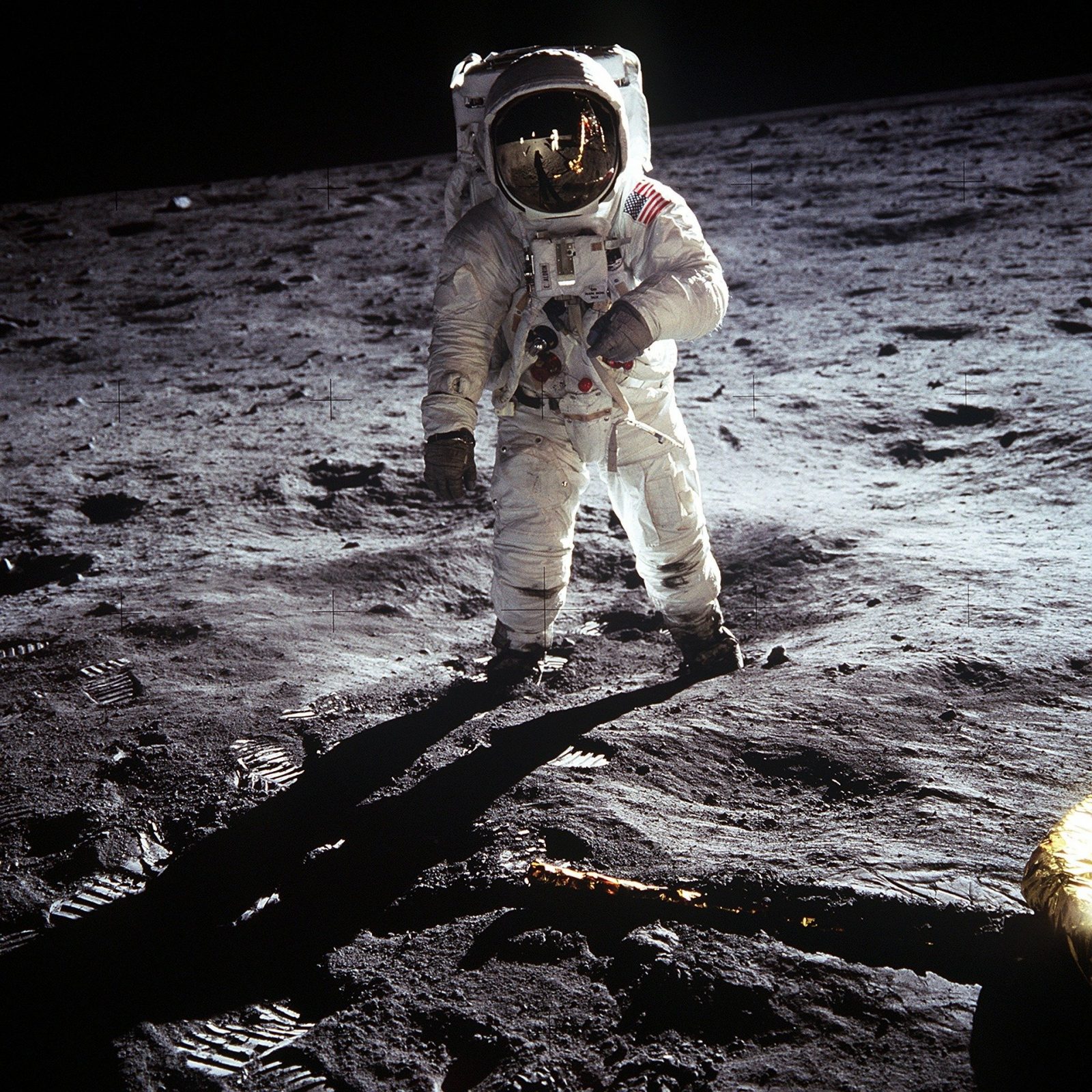 Space has traditionally been the domain of great powers, as the costs attached to space technology preclude smaller states from pursuits in this domain that are independent of major states. However, this is changing rapidly now due to dependence on outer space and technological know-how.  A transformed global focus on space has led to the development of new technologies and a major shift in the way states think about their space programs.

The Apollo 11 moon landing was a catalyst for the progress made since 1969. Almost fifty years ago, the world was amazed at the idea of human footprints on the moon. It was more than a moment of national pride for the U.S. than technological advancement. However, today we are in an era where the world is moving beyond the “flags and footprints” and looking for lunar resources. An important point which needs serious attention at the global level is of spacefaring nations developing the skill to exploit space resources: are we prepared with the right legal framework for ownership issues?

In the 1967 Outer Space Treaty, both the U.S. and the Soviet Union, as well as other parties agreed that the moon is to be considered a “global commons”. The treaty also states that “Earth nations can use the moon and other celestial bodies only for peaceful purposes, forbidding the creation of military bases on those entities and the placement of weapons of mass destruction in space.” It was accepted by all and did not receive any further resistance or challenge, thus leaving many issues unaddressed. The aforementioned treaty failed to address the commercial exploitation of natural resources on the moon and other celestial bodies. Since 1972 no human being has returned to the moon, but for some years now, debate and efforts have been made by various nations to go back to the moon for exploration of resources. Issues of governance in outer space, however, still remain ambiguous. This is a major debate currently going on in the international community, with no explicitly accepted solution in sight. The rapid advancement towards moon exploration is demanding pre-emptive measures with regards to outer space law.

During his election campaign, Donald Trump promised to lay prime emphasis on human space exploration beyond the Low Earth Orbit (LEO). It was aimed at focusing on human exploration of the entire solar system within a century. Vice President Mike Pence, shocked the space community by setting the goal of establishing a permanent human presence on the moon by 2024. Moving further, NASA Administrator Jim Bridenstine announced on 25th October 2019 that the agency would send a robotic rover to the moon in 2022 to look for water ice. The Volatiles Investigating Polar Exploration Rover (VIPER) would fly to the moon on a commercial lander through the agency’s Commercial Lunar Payload Services (CLPS) program. The $250 million VIPER mission would launch in late 2022 and operate at the south pole of the moon for 100 days.

Following this example, China’s Chang’e 4 demonstrated the first ever human landing on the far side of the Moon this January. Its rover Yutu 2 has survived eight lunar nights and is conducting experiments on a side of the Moon not well known. During lunar day eight, which started on July 25, Yutu 2 discovered an unusual gel-like substance near small impact lunar craters. The Beijing Aerospace Control Center has conducted a closer inspection with Yutu 2’s Visible and Near-Infrared Spectrometer (VNIS) since then, but has not announced any findings so far. Yutu 2 is also carrying a radar that is penetrating the lunar surface to assess the resources there. Chang’e 4 has a radio-telescope as well, placed on the quietest region of the Moon, listening to noises of the universe lost on the lunar near side due to earth-originated noises.

Furthermore, according to Wu Weiren, chief designer of China’s lunar exploration program, “China plans to launch the Chang’e-5 probe in 2020 to bring moon samples back to Earth. The Long March-5 carrier rocket, China’s largest launch vehicle to date, will be used to send the probe into space. The Chang’e-5 probe includes a lander, an orbiter, an ascender and a returner.” The main objective of the mission will be lunar sample collection, take-off from the moon, rendezvous and stopping in the lunar orbit and high-speed re-entry into the Earth’s atmosphere. The first two phases have been accomplished, and the next step is to launch the Chang’e-5 probe to collect 2 kg of moon samples and bring them back to the earth. In the fourth phase of the program, China will conduct scientific detection in the South Polar Region of the moon mainly by using high intelligence robots, and understand long-term exploration in the complicated lunar environment.

The spill-over effect has continued. On 7th September 2019, India’s Chandrayaan 2 Lunar mission’s robotic lander Vikram came close to landing near the South Pole of the moon. However, in the final part, when the lander was meant to hover before landing on the lunar surface, all communications were lost between the lander and the Indian Space Research Organization (ISRO). India is still working on it. Along with that, India and another space faring Asian nation, Japan, signed a Memorandum of Understanding (MoU) on space cooperation. As part of that cooperation, Japan will be a partner in India’s Chandrayaan 3 lunar mission for purposes of resource prospecting and lunar sample return by 2022-2024, a timeline similar to that of China and Russia.

Likewise, earlier this year, a private Israeli space company, SpaceIL, attempted to soft land its lander Beresheet on the moon, but failed in the last few minutes with a crash landing on the lunar surface.  Russia’s Luna-28 mission to deliver samples of the moon soil to the Earth is tentatively scheduled for launch in 2026-2027. Luna-28 will bring lunar soil. Similarly, the UK’s first ever moon rover will head to the lunar surface in 2021.

A lot is going on in outer space. However, questions persist: Who will define the rules and regulations? Who will keep a check on all? What will be the consequences of any accident or violation? How to deal with the issue of space debris? Such questions are spurring debate on the international level about whether it is time to enact new treaties or international regulatory regimes for space activity.

Those who argue for new treaties or an international regulatory regime say existing frameworks are not strong enough to prevent inappropriate behaviour and dangerous exploitation of space by private firms or even national governments. But a large group of space officials, lawyers and analysts oppose renewing the OST or trying to come up with new alternatives. They say the 1967 treaty and three subsequent international compacts provide a solid frame for commercial and non-commercial activity beyond Earth. Moreover, trying to amend the 1967 treaty is less likely to be successful during the presidency of Trump, who disregards existing international agreements.

Coming to the moon treaty, it holds that “the moon and its natural resources are the common heritage of humanity.” It forbids the use of these resources except through an international regulatory body, and it suggests that developing nations should be given a share of the resources found. Several countries without space programs signed up to it because they worried that in the long run, they will be exploited by more powerful nations with access to space resources. But the three largest space powers, the U.S., China and Russia, have refused to sign the Moon Treaty, viewing it as far too restrictive. Another important aspect is Article 11, para-7(d) which states the need for “an equitable sharing by all States Parties in the benefits derived from those resources, whereby the interests and needs of the developing countries, as well as the efforts of those countries which have contributed either directly or indirectly to the exploration of the moon, shall be given special consideration.”

To conclude, there is a lack of space governance at the international level. Treaties and arrangements to use space only for peaceful purposes are not as effective as they should be. Lack of governance is leading to an alarming situation, and efforts to address it should be made before it is too late.

Indian BMD and the Prospects for South Asian Strategic Architecture