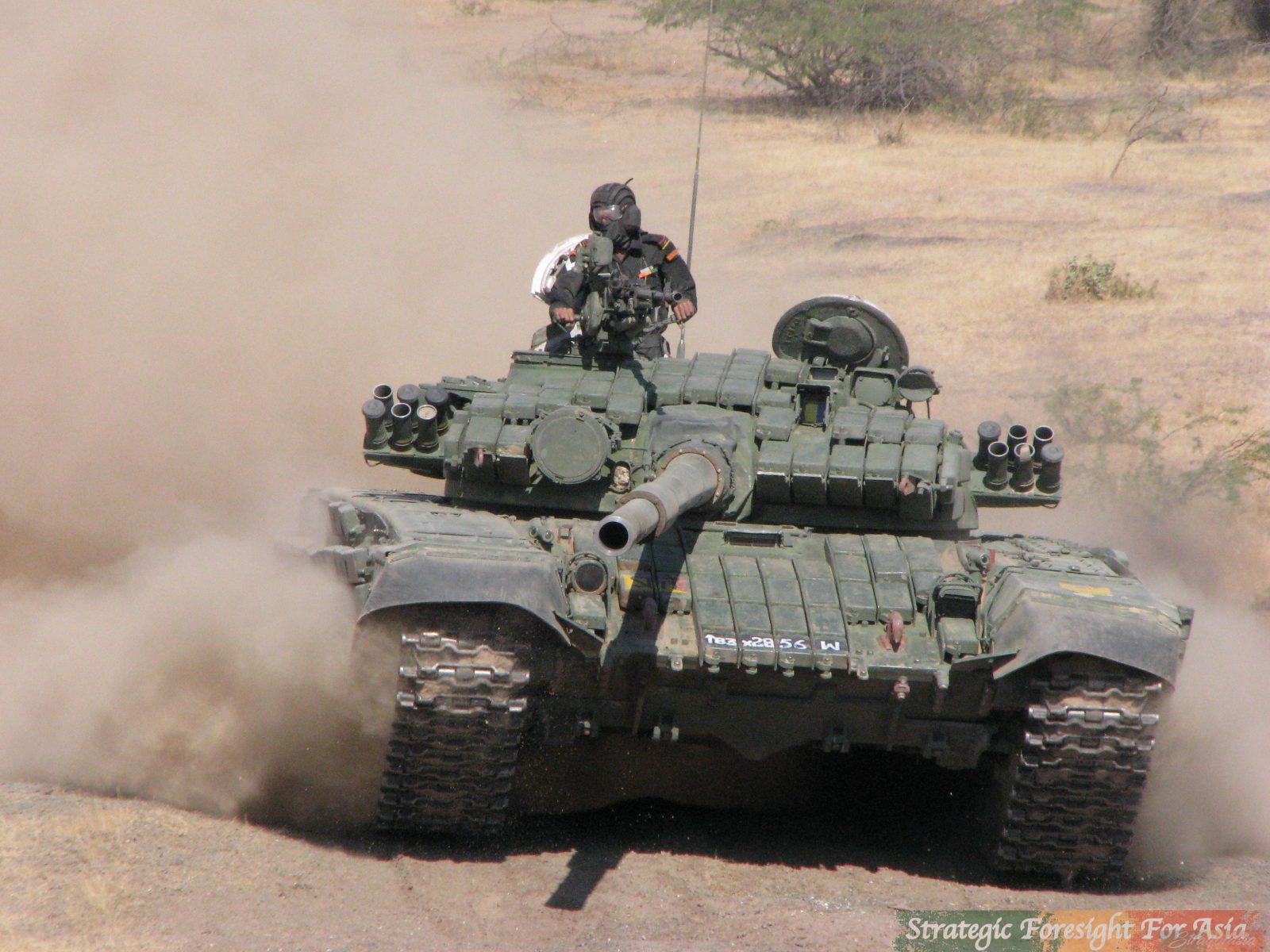 The publication of Joint Doctrine of Indian Armed Forces 2017 (JDIAF) was followed by the publication of Indian Land Warfare Doctrine (LWD) by the Indian Army in December 2018. Historically, Indian Armed Forces had been following flexible doctrinal guidelines in the form of General-Staff Pamphlets, for shared understanding of threat perception and response, but this was for restricted circulation within the military. The trend changed when Indian Air Force (IAF) published its first doctrine in 1995.

Quite a few doctrinal changes and shifts have come to light in the Indian Armed Forces threat definition and response in the last two decades. Indian Army presented its First doctrine in 1998, which was called as: ‘Indian Army: Fundamentals, Doctrines, Concepts’. The doctrine was updated subsequently in 2004 and was called as the Cold Start Doctrine. Indian Army had been regularly practicing its CSD and may have modified its limited war fighting concepts during the subsequent years. The 2017 and the 2018 doctrines could be an outcome of lessons learnt from various military exercises that India continues to hold every year.

This article will assess the Indian land warfare doctrine and also the JDIAF, since the two have some linkages and could provide better appreciation of India’s war fighting concepts, which may be useful in the context of the ongoing military crisis between India and Pakistan.

As compared to the 2004 doctrine of Cold Start, the LWD of 2018 seems to have shifted the focus from non-contact operations, besides the battlefield engagements. The doctrine focuses on defining and preventing conflict through a process of credible deterrence, coercive diplomacy and punitive destruction. Indian LWD repeatedly lays emphasis on ‘No War No Peace Scenario’ in the region, which according to some could have four objectives; to address domestic pressure to punish Pakistan, to compel Pakistan to act against terrorists on its territory, to initiate controlled conflict with Pakistan which would not be easily amenable to escalation and coming out of the conflict successful.

LWD clearly states that the emphasis of Indian Army in the future will be to develop cross-domain capabilities, facilitate enhanced collaboration and integration amongst three services of Indian Armed Forces. It also lays emphasis on a possible two front war (collusive conflicts) that Indian Army may have to fight against Pakistan and China.

As Indian Army is considering or perceiving collective threat from Pakistan and China, which can have impact on India’s deterrence posture in a nuclear environment, and is therefore increasing the number of weapons (tactical or strategic) and may have shifted from credible minimum deterrence to credible deterrence. Joint Doctrine of Indian Armed Forces 2017 (JDIAF) states that future conflicts will be prevented through credible deterrence …… in a nuclear environment across the spectrum of the conflict. Though, India’s political leadership has not yet officially approved the shift of India’s deterrence posture from credible minimum deterrence to credible deterrence, yet the Indian military planners continue to work on increasing their capabilities.

LWD 2018 confirms India’s hegemonic designs in the region as it says that India’s role as ‘regional security provider’ requires it to have force projection capability to achieve its national security objectives. For this purpose, Indian Army is working on its profile and is planning to become an agile, mobile and technology-driven force, with resilient coordination with other services.

These technologies could have implications for Pakistan. For example, advanced quantum computing technology expertise if achieved by India, can break any kind of encryption (codes) in secure Pakistani communication within the country and abroad and put its entire security at risk. Another important point this doctrine raises is enhancement of ISR capabilities for precise and decisive employment of long range vectors and strategic assets in the presence of intelligent outer space military-purpose satellites. India’s future ISR capabilities will also enhance its capability for a counter-force targeting.

With reference to the Line of Control (LOC), LWD states that Indian Army will increase and strengthen its operational capabilities by punitive responses in greater depth, sophistication and precision. By stating this as a future goal, Indian Army and the government can further propagate its claims of so-called surgical strikes on LOC. It may however be mentioned that such claims, which have remained unsubstantiated by independent observers or analysts suit the Indian civilian and military leadership for domestic political reasons. J

DIAF, in 2017, has also acknowledged the use of surgical strikes as a formal part of India’s retaliatory policy in the future. Indian Army LWD specifies that Integrated Battle Groups (IBGs) will play an important role in making Indian Army a battle-ready force in the future, even after the nuclear threshold has been crossed. Indian Army Chief Gen. Bipin Rawat has acknowledged this and had explained the structure of IBGs by stating that the IBGs will not be based on the concept of one-size fits all, but will be on case-to-case basis or the battle-field terrain.

The LWD of 2018 has also included the threats from cyber, space and information domain as hybrid threats. In 2017, JDIAF also recognized the need for creation of integrated cyber, space and special operations agencies with defensive and offensive capabilities. Some analysts however argue that JDIAF is ambiguous. It also lags behind because of absence of an autonomous office of Indian Chairman Joint Chiefs of Staff.

To overcome this difficulty, plans are at work for creation of a Joint Staff Headquarters with powers to implement the plans. The Indian Army Chief Gen. Bipin Rawat also alluded to it in Dec 2018 when he stated that all three services chiefs of Indian Armed Forces have sent their recommendations to have permanent Chairman Chiefs of Staff to the government who will command Headquarters Integrated Defense Staff (HQ IDS). According to him, Indian Army has received the approval for a joint cyber, space and special operations agency of tri-services command. In 2019, structures are likely to come up and training will start immediately afterwards. Referring to Technology-driven force, India had been giving importance to information warfare and ‘social media’ as an important tool in information warfare has been recognized for the first time.

In summary, LWD can be described as an ambitious document but it has more challenges than opportunities for Indian Army. Budgetary and resource constraint have remained the most important matters for Indian Armed Forces for many years. Parliamentary Standing Committee on Defence also stated, in its report in March 2018, that all three services of Indian Armed Forces face deficiencies in terms of resource allocation which hinders military modernization plans such as ‘Make in India’. Indian Army Vice Chief, Lt. Gen. Sarath Chand, also highlighted the issue that it is almost impossible for the army to modernize and develop capabilities with current budget outlay in which Indian Army is allocated only 60% of its demanded budget (Indian army has been allocated Rs. 268.2 billion in 2018 against the Rs. 445.7 billion it had projected).

‘Civilian and bureaucratic control’ of military issues in India is another challenge. Analysts have highlighted that the lack of integration between the armed forces and the civilian defense administration affects defense planning, procurement and human resource development. High-tech equipment and technologies as mentioned in the Indian Army Land Warfare Doctrine need extensive budgetary resources and political commitment to procure or develop such capabilities. In the immediate and short term, India may not be able to achieve these capabilities. However, as part of its long term force modernization plan, it will seek to add these capabilities.

As Indian Army has updated its doctrine after JDIAF, it is anticipated that updated version of Indian air and maritime doctrines will also come up soon. Both doctrines, LWD 2018 and JDIAF 2017, could have long term implications for Pakistan’s threat perception and therefore may require a serious review by Pakistan’s security planners. Nevertheless, it is not clear whether India would embark upon another review after the recent crisis is over, or would consider the existing doctrine sufficient in the face of changed ground realities.

About Afeera Firdous 3 Articles
Afeera Firdous is Research Assistant at Center for International Strategic Studies (CISS), based in Islamabad. She can be reached at [email protected]

Print PDFThe term ‘cold war’ was used for the first time by a famous British writer George Orwell in his essays on the tensions between the USA and USSR, now Russia. Generally, the term is used […]

Sino-US and US-Soviet Cold War: A …by Barkat Ullah1 day ago

India’s Acquisition of Rafale Fig …by Shaza Arif2 days ago