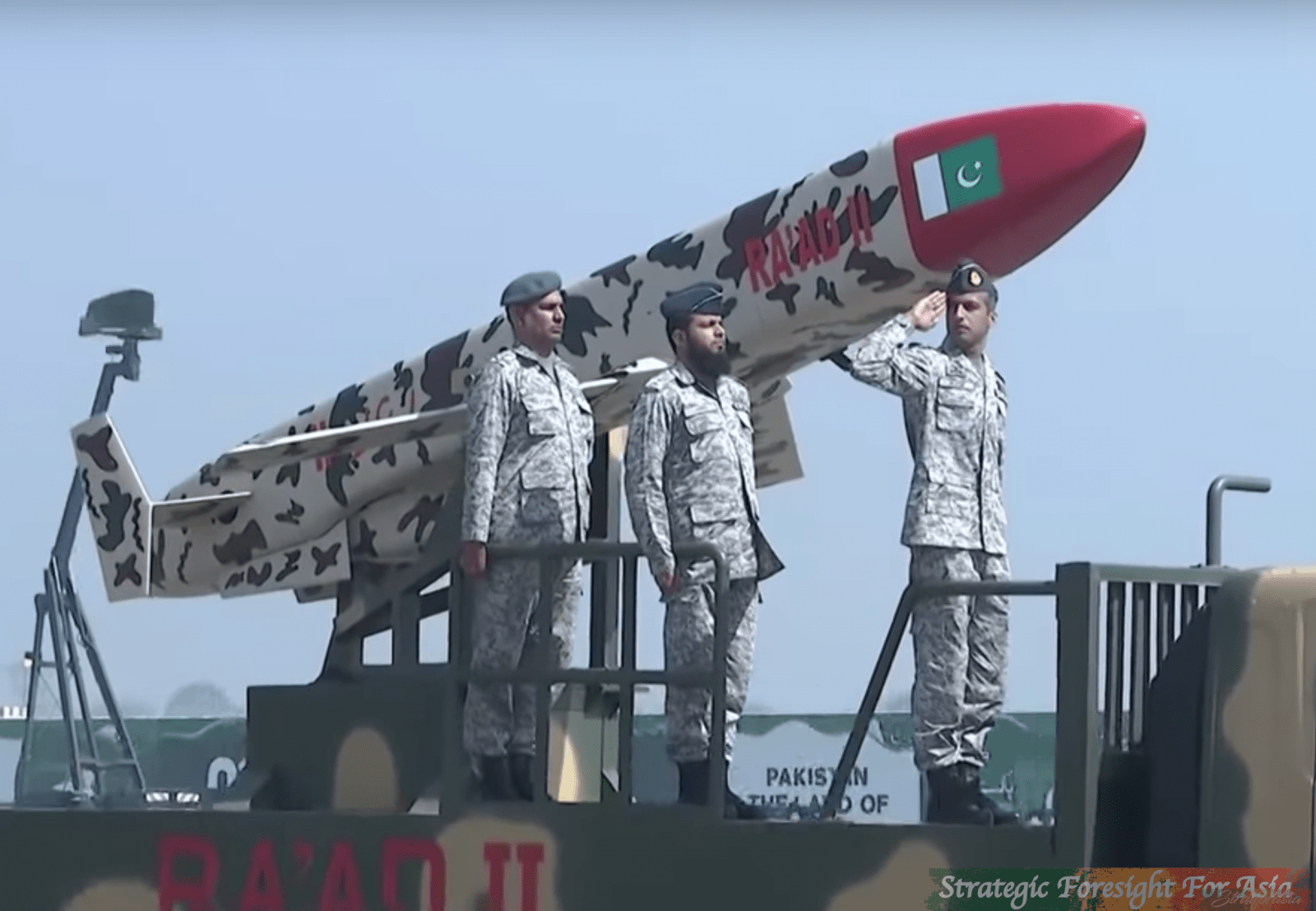 The spiralling crisis after the Indian aerial strikes near Balakot and the subsequent response by Pakistan, thereby stunning India, looked serious at the onset. Nevertheless, after the captured pilot of downed Indian aircraft – Wing Commander Abhinandan – freely crossed over to India, several analysts presumed that the crisis was virtually over. However, this assessment is slightly premature and needs caution amid the looming Indian national elections, scheduled to be held in April/May 2019. More so, since the sensational details published, in Pakistani media, regarding an Indian plan of carrying out missile strikes on Pakistani cities and installations in collaboration with other states, the probability of more sinister events happening in the coming days has increased significantly.

It was immediately known that the Pulwama attack was carried out by a local Kashmiri, only to avenge the humiliation which he – along with hundreds of thousands of other Kashmiris – daily suffer at the hands of Indian occupied forces. Notwithstanding the evidence of attack pointing to domestic factors, India immediately blamed Jaish-e-Muhammad (JeM), a banned outfit in Pakistan since 2002, which though remains a part of the resistance movement in Indian Held Kashmir (IHK). During the Soviet-Afghan war, several militant groups were trained and armed with the help from the CIA, which were all banned in Pakistan in succeeding years after the collapse of the Soviet Union. Though JeM established itself much later but was disbanded by Pakistan in the same context.

However, not only India accused Pakistan, but also erroneously presumed that the group was still operational inside Pakistan. This assumption was used as a pretext to conduct surgical strikes near Balakot, well inside the Pakistani territory, thereby making false claims of killing hundreds of militants. The quick response of Pakistan Air Force (PAF) coupled with the exposure of false claims made by the Indian government, led to profound embarrassment for Mr. Modi. Although the right-wing media is claiming that Modi’s stature has increased after the surgical strikes, but this assertion appears to be divorced from reality. The stunt of surgical strikes, orchestrated by the BJP government, has actually backfired and Modi’s popularity has dwindled due to befitting Pakistani response which left India with a bloody nose.

India selected an isolated hill as a target for a surgical strike due to several reasons. First, it was comparatively an easy target, being closer to the Line of Control, which provided Indian Air Force (IAF) with the flexibility to strike from stand-off distance without making deep incursion inside Pakistani territory. Second, the strike avoided structural and human losses, thus limiting Pakistan’s retaliatory response options and even provided space for Pakistan to show restraint. Third, it enabled the IAF to claim success without any losses. Fourth, the isolated strike enabled the Indian government to project the successful attack as a trophy for the on-going election campaign. Finally, the strike set a precedent for similar actions in the future thereby progressively creating a space for escalation or even limited war under the nuclear hangover.

Several analysts had presumed that through the surgical strikes, India achieved three core objectives. First, it successfully called Pakistan’s nuclear bluff; second, it undermined Pakistan’s nuclear deterrent posture; and third, it established the credibility of its own deterrence by deterring Pakistan from retaliation. However, their presumption was profoundly proven wrong once Pakistan retaliated in kind, downing two Indian jets and capturing a pilot and instead deterred India from further escalating the conflict.

In 2016, India also falsely claimed to have conducted the surgical strikes, which actually was a barrage of small arms and artillery fire across the line of control and failed attempts to cross the LOC. This fabricated Indian claim was aimed at creating a perception of establishing a new norm of crossing Pakistan’s conventional threshold. It was obvious that in the absence of any surgical strike, Pakistan didn’t need to respond, and it didn’t. Consequently, this inaction was projected by the Indian government, as a spectacular success which deterred Pakistan from retaliation out of the fear that crisis may spiral out of control thus inviting Indian nuclear reprisal in the end. This narrative was successfully vended to the domestic audience by the Indian government, which was premised on an entirely misrepresented fact.

Therefore, once an actual surgical strike was conducted by India on 26 February 2019, it was promptly and effectively responded by PAF. Pakistan had already known that such an attack is likely due to setbacks suffered by the BJP government during December 2018 elections held in five states. Pakistani retaliation came as a stunning surprise not only for the Indian government, but also for the Indian journalists and foreign academics who erroneously presumed, in hastily written articles, that India has outsmarted Pakistan calling its nuclear bluff, but only to change their stance subsequently.  Their presumption that Pakistan lacks a conventional response option and its posture of ‘Full Spectrum Deterrence’ also covers the sub-conventional encounters on the conflict spectrum was deeply flawed. It is thus pertinent to reiterate that nuclear deterrence can only deter conventional war or nuclear attacks and can’t be stretched down to the level of the sub-conventional domain. By preventing India from escalating the situation into a full-scale conventional war has thus strengthened Pakistan’s posture of FSD. Nevertheless, the Indian government can still exercise the option of conducting precision or surgical strike for a face saving and gaining the advantage in the national elections.

By effectively responding to the Indian surgical strikes, Pakistan has broken several myths created by Indian and western experts. First, that India enjoys a decisive conventional superiority over Pakistan and therefore, it can emulate the Israeli model of pre-emptive aerial strikes without any risk of escalation. Second, Pakistan catnnot intercept and interdict Indian air intrusion which thus enables the IAF to conduct surgical strikes with impunity. Third, that Pakistan will not respond to any insignificant Indian strikes (with no material and human losses) due to fear of escalation and subsequent Indian nuclear retaliation. Fourth, that Pakistan has no conventional option to exercise after a sub-conventional crisis, except for a nuclear response which would almost be impossible. And finally, Pakistan will not be able to dominate the escalatory ladder due to fear of Indian massive retaliation posture.

The outcome of these surgical strikes informs us that due to mutual vulnerability, the deterrence posture in South Asia, though appears fragile, but remains stable. Nevertheless, because of Indian elections, scheduled to be held in a couple of weeks from now, Mr. Modi may use this window of opportunity, staging another drama to arrest his dwindling popularity. This would nevertheless be extremely imprudent and risky course to walk which the world community must be cognizant of and play a part to prevent from happening. More importantly, till the time Kashmir issue is not resolved between India and Pakistan, according to the wishes of Kashmiri people, nuclear dangers would continue to loom over South Asia. Regardless of the Indian position on Kashmir, it would only be settled once Pakistan and Kashmiri people accept that it stands resolved.

Mr. Khan is an Islamabad based independent researcher and writes for various journals and newspapers.

IAF Post-Pulwama and Galwan Skirmishes: What Should be PAF’s Response?

Print PDFThe last two years have been instrumental for the Indian Armed Forces as the country found itself embroiled in two of the most significant clashes with its arch-rivals, Pakistan and China. The India-Pakistan Pulwama […]

Print PDFIn a news cycle of world affairs filled with numerous crises and matters, the current Ukraine-Russia conflict has taken center stage and rightly so. It is a cause for international concern and a call […]