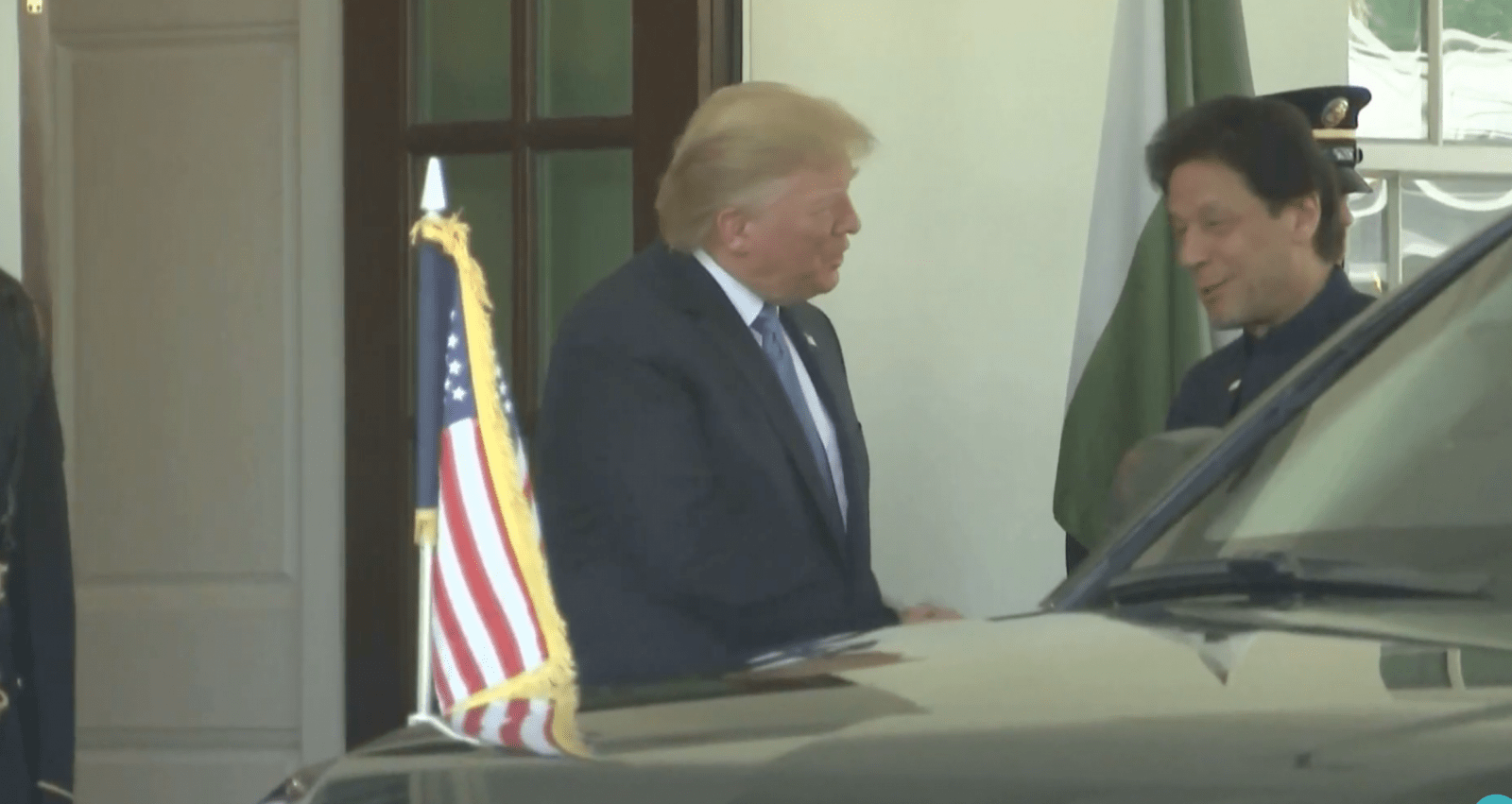 John Milton’s ‘silver lining’ best explains the anticipated repair in Pak-US, relations with greater positive expectations in the wake of Prime Minister Imran Khan’s meeting with President Trump. The Prime Minister’s first visit to the US can be seen as a fresh start, which may bring out something good after an extended time of mutual mistrust. It not only highlighted momentous stakes and potential opportunities for both sides, but also projected an optimistic image of Pakistan. For over seventy years, both states have maintained a multifaceted and broad-based relationship on mutual interests, including counter terrorism, democracy, stability, security, and economic development in Pakistan and throughout the region. However, the relationship has been chequered one.

From President George W. Bush to Barack Obama and now Donald Trump, the US administration has maintained a ‘carrots and sticks’ approach towards Pakistan. The recent visit is momentous in many aspects as Pakistan hoped to build acknowledgement in the US for its key role in facilitating the Afghan peace negotiations. President Trump had previously tweeted to accuse Pakistan of offering safe havens to terrorists, and of taking billions of dollars of American aid money while undermining the US presence in Afghanistan through terror groups. After a dreadful 18 years of the US-Afghan war, it is interesting progress that the American administration now perceives Pakistan as part of way out instead of a cause of the problem. The US has swapped India for Pakistan in the issue of Afghanistan, and it is well understood by the American political and military leadership that this strategic goal cannot be achieved without the help of Pakistan and other neighbouring countries. The ‘do more’ mantra’ of the US for Pakistan to counter terrorism has faded because of Pakistan’s ultimate efforts to start the peace talks in Afghanistan as well as the arrest of Hafiz Muhammad Saeed, the founder of Lashkar-e-Taiba (LeT). These efforts convey clearly to the US that Pakistan is all set to steady the once stumbling partnership.

In the wake of the rising strain between Pakistan and India this year, the US President also opened new doors for the de-escalation of tensions by offering to serve as mediator on the most sensitive issue i.e. Kashmir. All across the globe, his negotiation offer on this issue made major headlines and the international community expressed support for a constructive role of US to resolve the dispute through dialogue. Pakistan welcomed this surprise offer openheartedly. However, the table has again turned after the latest brutal move of abrogation of Article 370 and Article 35 A in the disputed Kashmir territory by the Indian Government. Pakistan is now looking for some kind of political solution with reference to Trump’s offer of its role on Kashmir issue. Even the US State Department Spokesperson Morgan Ortagus clearly stated that it is actually up to the two states to decide the pace and scope of talks on the issue, but that the US is going to support any kind of direct dialogue between both regional players. The US has not planned to change its foreign policy because maintaining peace in the region is its ultimate goal.

The economic aspect has long been a forgotten agenda between both states. This time, however, trade and the economy constituted a major subject of discussion and reflected Prime Minister Khan’s desire to welcome closer economic ties with the US, particularly as Pakistan is currently in the midst of an economic crisis. He hopes to increase Pak-US trade by ten to twenty times to its current level; increase in exports and foreign investment can turn around the economy. Trump even strongly suggested that Pakistan could replace India as the preferred US economic partner in South Asia. A major hallmark of the visit’s success is of attracting US investors in Pakistan, which will also help in strengthening Pak-US relations in the future.

Despite the bitterness in bilateral ties, replenishing them could bring dividends for both sides.   Now, Pak-US relations can focus on a convergence of national interests. Pakistan is keen to reset the relationship; for its part, the US wishes to tie the relationship to reconciliation in Afghanistan. There exists a possibility that should the US believe Pakistan is not making satisfactory progress on the Afghanistan and counter-terrorism fronts, it could revert to the original state of relations.  Time will better define whether the silver linings from the clouds will really let the light shed for longer in their bilateral relations or it is all just an illusion!

Print PDF In pursuit of military modernisation, India has expanded the scope and range of its defence and strategic cooperation even with countries that are geographically poles apart. Indo-French defence cooperation is one instance of […]

Print PDFThe size of the Indian Armed Forces has always been bigger in comparison to Pakistan. However, Pakistan successfully maintained the conventional balance in early years due to better training and technically advanced equipment. India’s […]