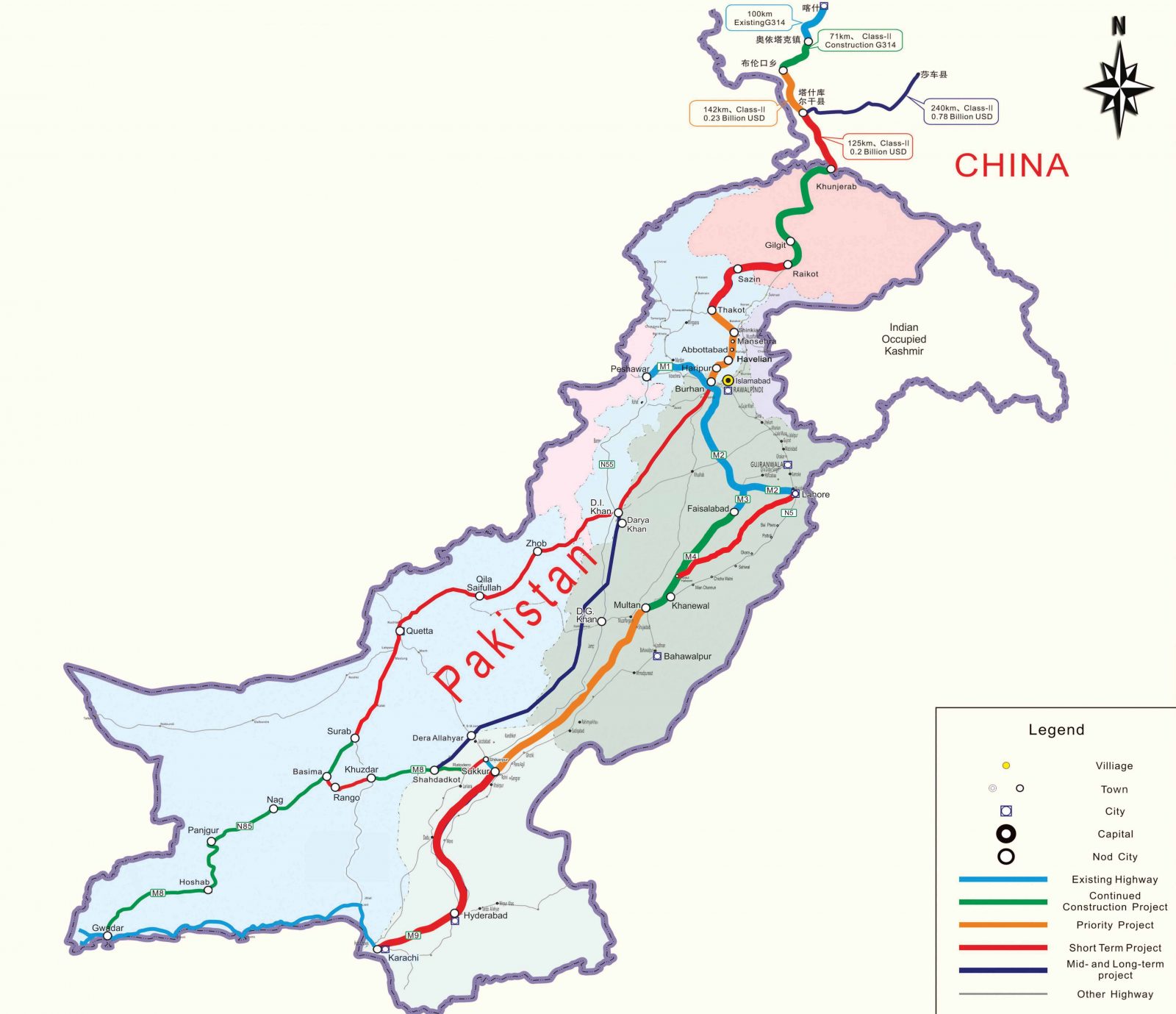 In 2013, Chinese President Xi Jinping announced the Belt and Road Initiative (BRI). BRI is an ambitious plan to connect Asia, Europe, and Africa via networks of roads and railways to improve connectivity and regional integration. While commencing the BRI, the China-Pakistan Economic Corridor (CPEC) i.e. 5th corridor of BRI, is going to play the most important role, not just strategically but also economically. It will bring stability to the rusting economy of Pakistan as the corridor will bring nearly US $60 Billion investment in Pakistan (World Bank). But the realization of this game-changing investment will be dependent on the services provided by Pakistan.

The concepts of services have been discussed by a number of authors and sometimes services have been perceived the same as goods. Herbert Grubel and Michael Walker have defined ‘services’ in their book Service Industry Growth as “services are consumer or producer goods which are mainly intangible and often consumed at the same time as they are produced.” Except for primary and manufacturing activities, the distribution and supply of goods depend on the services available. In her article, Services Industries and Services Economy, Anita Kon mentioned, “services are the glue that holds any economy together, the industries that facilitate all economic transactions, and the driving force that stimulate the production of goods.” By looking at the importance of the services, Pakistan has a long road to cover. A special responsiveness has to be given to provide services to exploit the opportunities of CPEC.

Role of Services Industry in the Growth of National Economy: Case Study of Pakistan.   The role of the services industry is static or rather on the decline in third world countries and Pakistan is no exception. Pakistan is a country that has an unstable economy and just received its 6th bailout package from the International Monetary Fund (IMF). The Foreign Direct Investment (FDI), like CPEC in Pakistan, will surely lift the economy out of the shambles, but the prerequisite is the proper materialization of resources and investment. In Pakistan hotel management, tourism and the hospitality industry are unknown to the general public, whereas there are countries where the scope of hotel management and hospitality contributes immensely to the national GDP. The industries related to travel and hospitalist domain in Canada contribute nearly 11% to the GDP and in Italy, they contribute around 12%. The goal of hospitality and hotel management is to make sure that guests in general, and particularly foreign guests, have a pleasant stay in the host country.

In the modern globalized era, such services have got the spotlight on the country’s growing industries. The member countries of ASEAN (Association of South-East Asian Nations) have also initiated a common agenda to train the people in the tourism and hospitality industry. Unfortunately, the scope of hospitality and hotel management is very depressing in Pakistan. There are few short-term courses and higher educational institutes have yet to commence a comprehensive degree in hospitality and hotel management. Recently, the Hashoo Foundation in Islamabad has started to offer a short-term program on hotel management. There are other universities that have planned to start a degree in hospitality and tourism in 2019, but Pakistan has a long road to cover until the outcome of such initiatives will become visible.

Visitors and investors often seem to complain about mismanagement and attitude on part of hosts. Security issues and a lack of hospitability and hotel services have exacerbated the concerns of foreign investors. In such a scenario, government intervention is crucial to provide leverage to the services sector related to hotel management and the tourism industry. It is the responsibility of the Pakistan Tourism Development Corporation (PTDC) and the Ministry of Tourism. The Corporation and the Ministry, for a long time, have been ineffective and divided over responsibilities because of various administrative and political issues. But having such a fragile economy, public and private relationships are the need of the hour to avail the opportunities of CPEC. For meantime, the government can lease out land to private investors to develop properties and once the infrastructure is available, there will be an increase in the flow of foreign investment. Security issues have improved unprecedentedly since the National Action Plan (NAP) of 2015. The opening of the new International Airport in Islamabad can host the Boeing Airbus A380. British Airways has also started its direct flight from the airport, which will increase the flow of foreign investment and tourism. These developments will surely intensify the demand for services; which in Pakistan are still under development.

Recommendations to Improve Service Industry in Pakistan.          CPEC is a billion dollars’ worth of investment of Chinese companies in the domains of energy, road and railroad connectivity, and infrastructure, which the stagnant economy of Pakistan cannot afford to lose. The government will help the private sector to fully utilize the benefits of CPEC and there are some recommendations which the government can consider to improve the scope of services in Pakistan.

Pakistan is a developing economy and the investment of CPEC can be a solution. The CPEC projects will bring efficiency and expertise to the local industries of Pakistan. The sharing of industrial experience and managerial skills between the countries will enrich the services in Pakistan. But it is the partnership of the public and private sector that will ripen the fruit of CPEC and take the lead in the services sector to welcome foreign investors.

After decades of fighting against terrorism, with the utmost sacrifices of the Army, Pakistan’s security issues are under control and to a greater extent, terrorist attacks have been halted. Recently, the Khyber Pakhtunkhwa government has spent millions of dollars and has started a number of projects to accommodate tourists in the northern areas of Pakistan, but such spending will be unfruitful if the services related to the hospitality and tourism industry are not improved.

A Quantitative Approach to Democracy

Print PDFDemocracy is widely considered to be the most legitimate form of the government, unfortunately, the trust in this word is beginning to fray for most people around the globe especially in Southeast Asia. The […]

To the Moon and Beyond

Print PDFSpace has traditionally been the domain of great powers, as the costs attached to space technology preclude smaller states from pursuits in this domain that are independent of major states. However, this is changing […]

ICJ’s Advisory Opinion on the ‘Us …by strafasia3 days ago