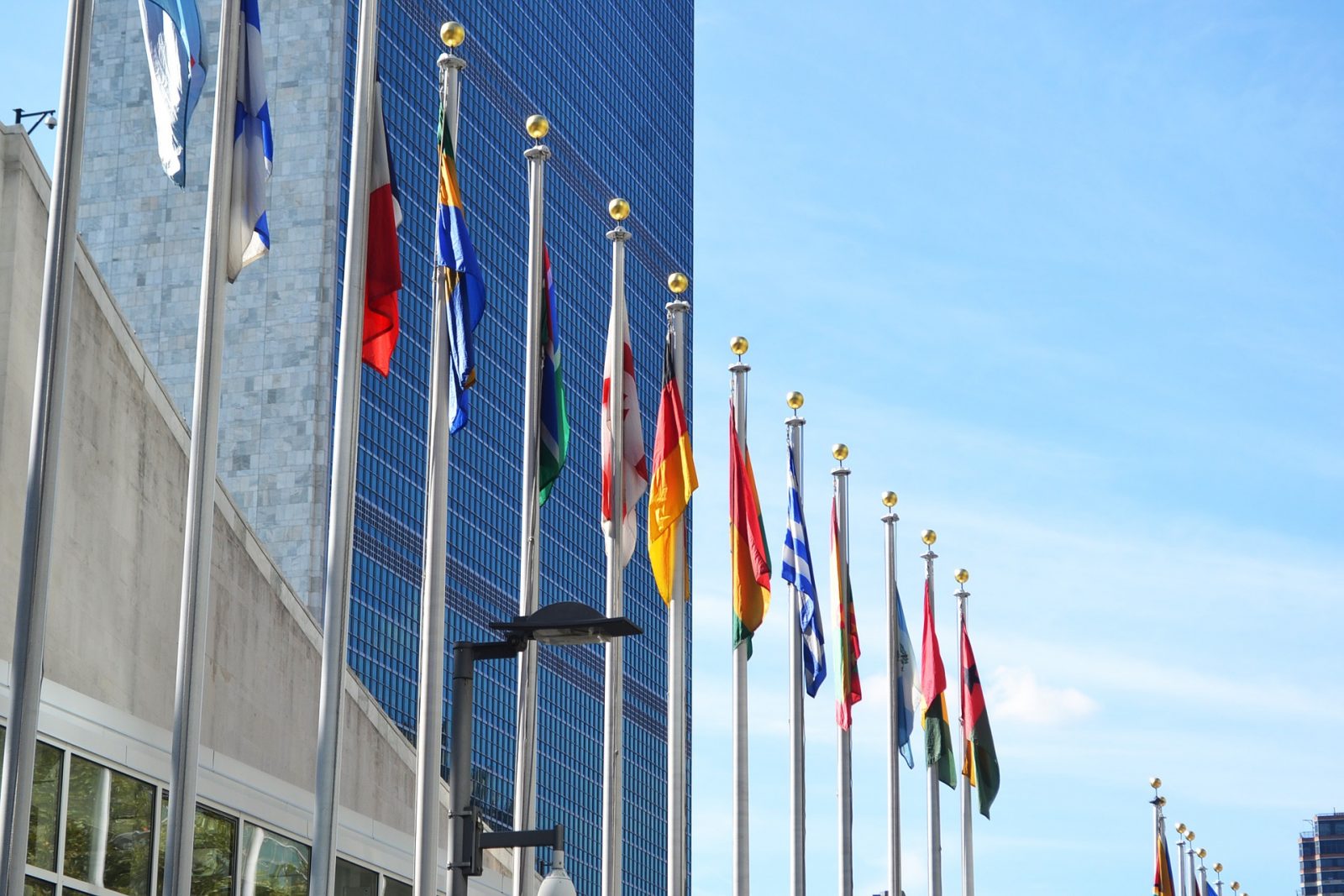 According to a recent report by Institute for Science and International Security (ISIS) 56 countries have been found violating UN Security Council Resolutions on North Korea, and India is amongst the Ten countries that stand out for its involvement in a high number of sanctions related violations.

The ISIS report is based on the findings by the UN Panel of Experts (PoE) on DPRK that was established pursuant to UN Security Council Resolution 1874 (2009) and has an obligation to report its findings and recommendations annually on the implementation of Security Council Resolutions. The 2019 report by the PoE covers the reporting period from Feb 2018 to Feb 2019 and lists over 100 new or unresolved violations involving 56 countries that highlight continued weaknesses in their export control legislation.

According to the ISIS report, India is also amongst the 16 countries that “failed to prevent, prohibit, or act upon alleged procurement violations, where sanctioned goods and minerals, such as coal, oil, and petroleum products, were imported by the DPRK”, in violation of the UN Sanctions Regime. The report further states that India is one of the countries that have failed to improve its domestic business and trade regulatory measures and is also amongst the three countries involved in exporting industrial machinery to North Korea.

Under UN Security Council Resolution 2371 of 2017, there was a ban on the import of certain sanctioned goods and materials from North Korea, and the 13 countries, including India, were found lagging in its implementation of this resolution and thus fall in the “sanction-violation category” as it was importing goods including textiles, machinery, coal, iron, other minerals and related articles.

56 countries are categorized by the nature of alleged sanctions violation(s) they were involved in. Countries are listed alphabetically. 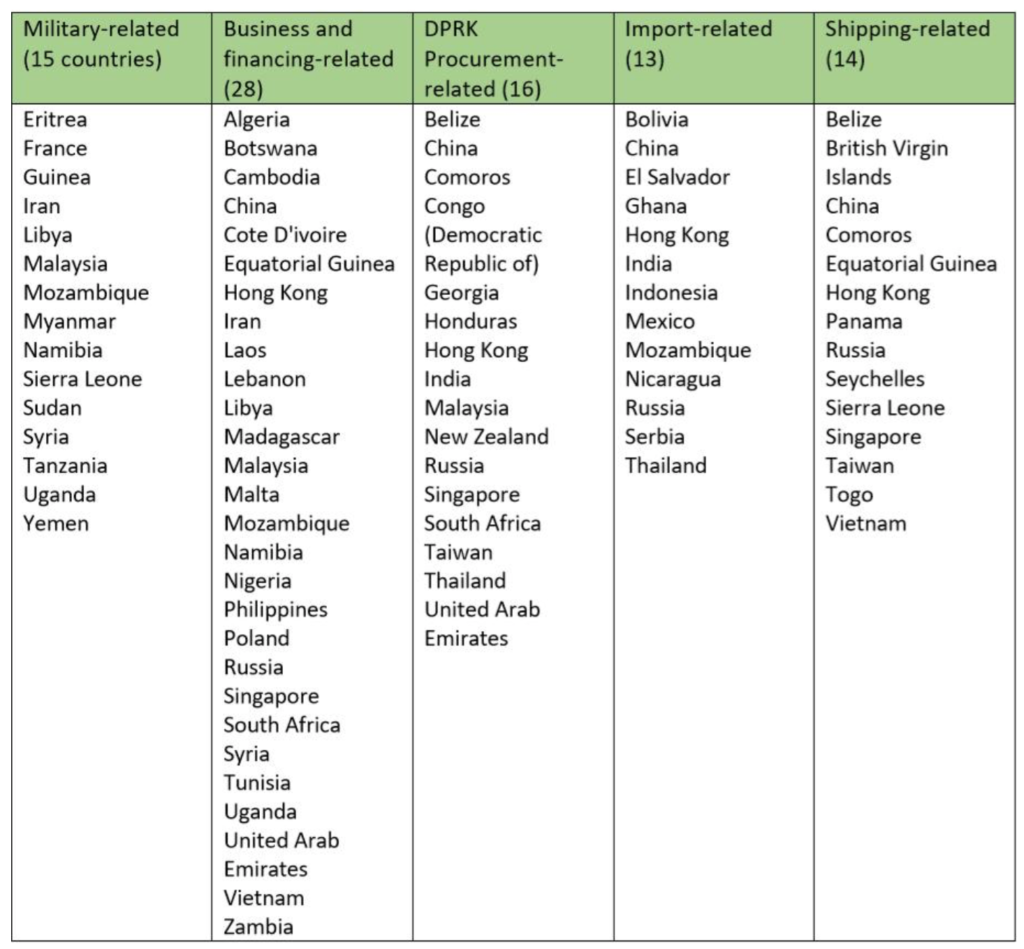 This is not the first time India’s connection with North Korea has been highlighted by the UN PoE. Earlier in the 2016 report, it was identified that North Korean scientists, currently working with Pyongyang’s nuclear program studied courses on space science and satellite technology in India. Around 30 North Korean scientists have already been trained at the Indian institutes in violation of the UN sanctions regime.

The current PoE report and the earlier ones highlight glaring discrepancy in India’s export control system, which is in contrast to the claim made by India of having an impeccable record, and is often presented as a justification for its membership into four export control regimes, including: the Missile Technology Control Regime (MTCR); the Australia Group; the Wassenaar Arrangement; and the Nuclear Suppliers Group (NSG).

Despite the shortcomings highlighted by the PoE, India has been able to get membership of the three export control regimes, except for the NSG. The countries that are pushing for India’s inclusion in the NSG need to evaluate the benefits of making India-specific exemptions, as it could reduce the incentive for India to take corrective measures and continue with its current complacency.

While offering recommendations, the recent ISIS report suggests that the UN Security Council “should designate all individuals and entities suggested by the Panel of Experts,” and if the UN fails to implement it then UN member states should act to designate these individuals and entities in their domestic regulations, to prevent these from trading with North Korea or the rest of the international community. The ISIS report also recommends that “countries should increase their compliance with relevant FATF [Financial Action Task Force] standards and prevent DPRK’s exploitation of their financial systems.”

Under the UN Security Council Resolution 1540, all states have an obligation to report on their domestic legal framework as a means to prevent illicit trade. Countries whose entities have been highlighted need to be asked about the failures, and if required assistance be provided to help them overcome their shortcomings. These recommendations by the ISIS could help strengthen the UN sanctions regime, but if there is no accountability for states that continue to remain indifferent to the UN Security Council Resolutions, the observations and the work of the UN PoE may have little or no impact, and some states or entities may continue trading with North Korea without any inhibition.

Print PDFRegular elections in Afghanistan are a right step towards flourishing democracy. While Doha peace process between the Taliban and the US is almost ready to bear fruit, the intra Afghan dialogue is a prerequisite […]

Repercussions and Options for Pakistan after US Withdraws from Afghanistan

Print PDFThe fate of war-torn Afghanistan is perhaps at the most critical watershed moment in its modern war history. It is feared that if at this moment, the course goes even a bit astray, its […]

Will Restructuring Help Improve I …by Fida Hussain Malik2 hours ago

A Quantitative Approach to Democr …by Sarmad Alvi2 hours ago