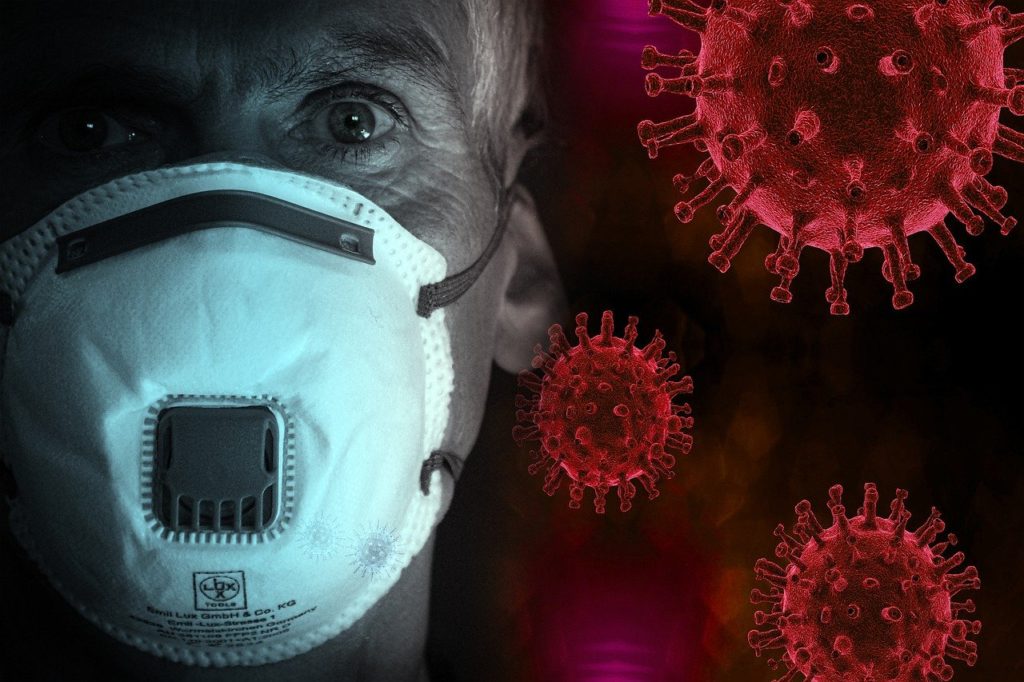 Who would have thought just a few months ago that 2020 would be a turning point for whole world, where every major economy and countries with top security measures would be fighting an unknown enemy?

The novel coronavirus has penetrated almost every country of this planet, proliferating beyond borders without discrimination. With the first case having been identified in Wuhan, capital of the Hubei province of China, the virus has spread mercilessly and is turning out to be fatal for humankind. The material and human costs increase every minute.

As the world has become a global village, the extent of interdependence of nations on one another is also the major reason of the spread of the virus.  While even until a few weeks ago, the global spread was not considered as alarming, as of today the number of affected individuals is fast approaching 1 million and nearly 48,000 have died.

The rapidly mounting death rates in Italy and Spain had changed the epicenter of the virus from China to Europe. However, as of a few days ago, the United States has become the epicenter with over 200,000 cases and climbing. The deadly corona is not bailing people out based on their nationality or racial link.  Be it any head of the state or the general masses, everyone is under the same degree of the risk, regardless of nationality, ethnicity, political status and social standing, as evidenced by a number of celebrities and leading political figures having contracted the virus.

If we erase coronavirus from the whole equation of world affairs, the headlines in newspapers and on television screens would be quite different. America would have been busy in its presidential race; the UK would have been engulfed in its Brexit aftermath and South Asia would be wading through the US and Afghan Taliban deal. But now the whole world is only interested in one thing and that is the production of a vaccine.

The world is at its peak of technological and scientific advancements, but no country has yet been able to achieve this milestone. The most concerning issue is how the third world countries will manage the peak of their corona cases, because even the most advanced health care systems, such as Italy’s, have not been able to manage.

Last week, the IMF announced that they are going to write off debt for the poor states in this situation, but those nations also want monetary assistance to manage the worst-case scenarios. Iran is suffering the most in this fight against coronavirus mainly due to sanctions. There is no doubt the initial recklessness by the Iranian government is one of the main reasons of the outbreak but at this stage the severe sanctions are the biggest hurdle.

The number of the patients of COVID-19 are increasing every minute. The states that have enforced lockdown as a result of this microbe are not able to predict as in till when this situation is going to last.  Daily wagers in every economy are the biggest victim of this virus.

Now this is up to the world community and various international organizations including IMF, World Bank and ADB to help the deserving governments in devising a bail out strategy for the most affected section of their respective populations.

After two months of lockdown, Wuhan city has been reopened few days ago. With China reducing its daily number of patients and death rate, the numbers are surging in the US, Iran and across Europe. But the most dangerous and disheartening thing is that no country knows any tried and tested formula to curb the spread of this virus until the vaccine is invented.

Every educational institute in almost majority of the world is closed, industries have been shut down, markets have been closed, and offices have started a work from home policy. In short, life has been halted at the hands of a virus that is not even visible to the naked eye.

WHO emphasizes more and more testing but even the most richest countries on the face of this planet are not able to test every single person. The health workers: including doctors, nurses and the paramedics are combating of the frontline with the most exposure to the virus than anyone else. This also reminds us about the nobility and selflessness about their profession.

The busiest places in the world have been transformed into the most deserted spots. The abandoned beaches of Miami, the empty streets of Venice, the vacant mosques of Mecca and Medina, the unoccupied streets of Budapest, the clear surroundings of Trevi fountain and the closed Louvre museum are the depiction of the consequences that this virus had brought down on the people of this planet. It has restricted people in their homes till God knows when.

The world is in dire need of hope and optimism which, unfortunately, seems very far away right now. There is emptiness and pessimism all around and no one knows till when. It makes one think that perhaps the planet fed up of the daily routine of its inhabitants or it wanted to take some break from the usual activity of mankind. Despite that, the debate that this virus is going to change the social and personal norms of the mankind, is quite uncontested.

The more this present stalemate lasts the more this question persists in one’s mind that Is Earth in the recovery mode?

Restoration Of Strategic Stability in South Asia Via Pakistan’s Nuclearization 

Print PDFThe strategic landscape of South Asia was shaken when it was nuclearized with India’s conducting of nuclear weapons tests from 11th to13th May, 1998. A region that had already been host to multiple armed […]

Print PDFIn 1958, Pakistan leased the Badaber base near Peshawar to the U.S. for ten years. The base was to be used as a U.S. communications facility and for ten years, it collected accurate technical […]