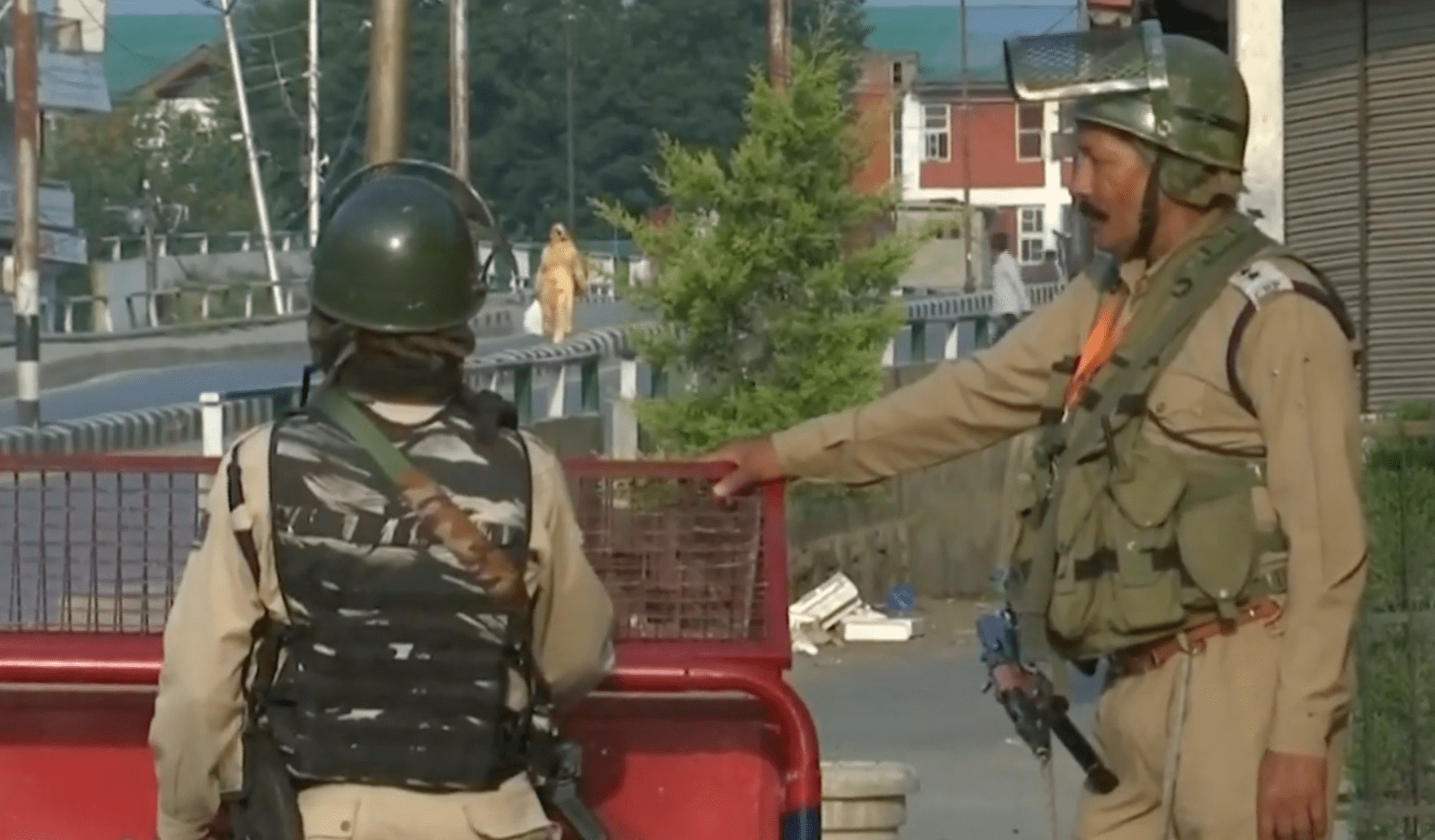 India’s blatant and treacherous attempt to change the status of occupied territory of Jammu and Kashmir through a Presidential decree in stark violation to its own constitution and all democratic norms has once again brought South Asia to the brink of a serious crisis. The usual apathetic response of the world community indicates that they haven’t recognized the potential volatility of this crisis or maybe they are waiting for the things to boil over before waking up to the ground reality. The champions of human rights and democracy are nowhere to be seen or heard while the Indian occupied Kashmir has been turned into a vast concentration camp that has been completely cut off from the rest of the world. India has recently inducted scores of thousands of fresh troops and paramilitary forces in the region to effect a heavy handed curfew like clamp down on the hapless populace especially in the Kashmir valley. This unprecedented build-up of armed forces in Jammu and Kashmir has afforded India the capability for large scale aggression along the Line of Control besides providing it with an ability to brutally suppress Kashmiri resistance to the unlawful attempt by Hindutva inspired Indian leadership to swallow up Jammu and Kashmir.

When it came to India-Pakistan tensions the world had been made to believe through writings by Western and Indian analysts and various table top exercises conducted in track-2 initiatives that the only probable and imaginable trigger point for the onset of a crisis in South Asia could be a terrorist incident in India or Indian held territories by terrorists which could be directly or indirectly linked to Pakistan and thus all Indian responses in the form of so called surgical strikes were deemed to be justified. Recently an attack on a CRPF convoy at Pulwama in IHK by a local Kashmiri youth was taken as a justification for India’s provocative air strike at an alleged terrorist training camp inside Pakistani territory. However, a much more serious crisis has been precipitated by India’s right wing Hindu nationalist political leadership which justifies a surgical strike at the much vaunted parliament chambers in New Delhi or maybe somewhere in Gujarat at an RSS training camp.

On the strategic plane given the hyper nationalism and jingoism being drummed up by BJP and its militant offshoots such as RSS and their threats to forcibly annex the Pakistani controlled part of Jammu and Kashmir and the public commitments made by Pakistani leadership to forcefully respond to any Indian aggression has created a cul-de-sac from which there would be no escape. The inflammatory rhetoric by the Indian side and deeply emotional sentiments in support of the Kashmiris in Pakistan has created a situation that is ripe with the potential to blow out of control by the first spark. The US role during the Pulwama crisis was muddled at best while Russia, China and some of the Middle Easter countries played some behind the scenes role in the diffusion of the crisis. Given that the emotions are running high and China itself is protesting against turning of Ladakh into a union territory by India the crisis would be far more complicated with a serious potential for escalation that may not provide sufficient time for the international community to exercise a restraining influence over the contending parties.

During the Pulwama crisis Pakistan gave a befitting response to India’s aerial infringement and Mr Modi had to lament the absence of Rafale aircraft that might have saved India some embarrassment. He seems to have forgotten before triggering the current crisis that the Rafales have yet to arrive and if the IAF or his ground forces suffer reverses he would have no option but to escalate both horizontally and vertically to save face. The consequences of such an escalation for not only South Asia but the world in general are all too well known to be repeated here. Some Indian analysts have been declaring nonchalantly that in the event of a nuclear war between India and Pakistan the latter will cease to exist as a viable entity while the former would still survive what they tend to forget is what Herman Kahn once said that, after a nuclear exchange the living will envy the dead. One can only hope that the Indian courts uphold the laws and norms of justice and strike down the travesty of India’s own constitution. Otherwise the current BJP dispensation in India is bent upon climbing up the escalation ladder pulling Pakistan in its wake and putting the lives of one and a half billion people of South Asia in jeopardy.

Print PDFThe Need to Develop an Independent Philosophy Pakistan Air Force (PAF) is one of Pakistan’s key instruments of  national power, employed primarily to thwart external aggression or to establish the will of the state […]

Development Of Quad into Asian NATO: Policy Options for Pakistan

Print PDFThe changing alliances and power equilibrium among the United States, China, India, and Pakistan bear key implications on the inter-state rivalry and the consequent crisis dynamics in South Asia. South Asia is all set […]

Of Words, Media and Psychological Warfare – Challenges for Pakistan

Print PDFThe 21st century is characterized by media revolution, technological advancement, and power politics central to specific narrative formation and streamlining of popular discourses such as “weapons of mass destruction”, “terrorism”, and,  “Islamophobia”. This has […]