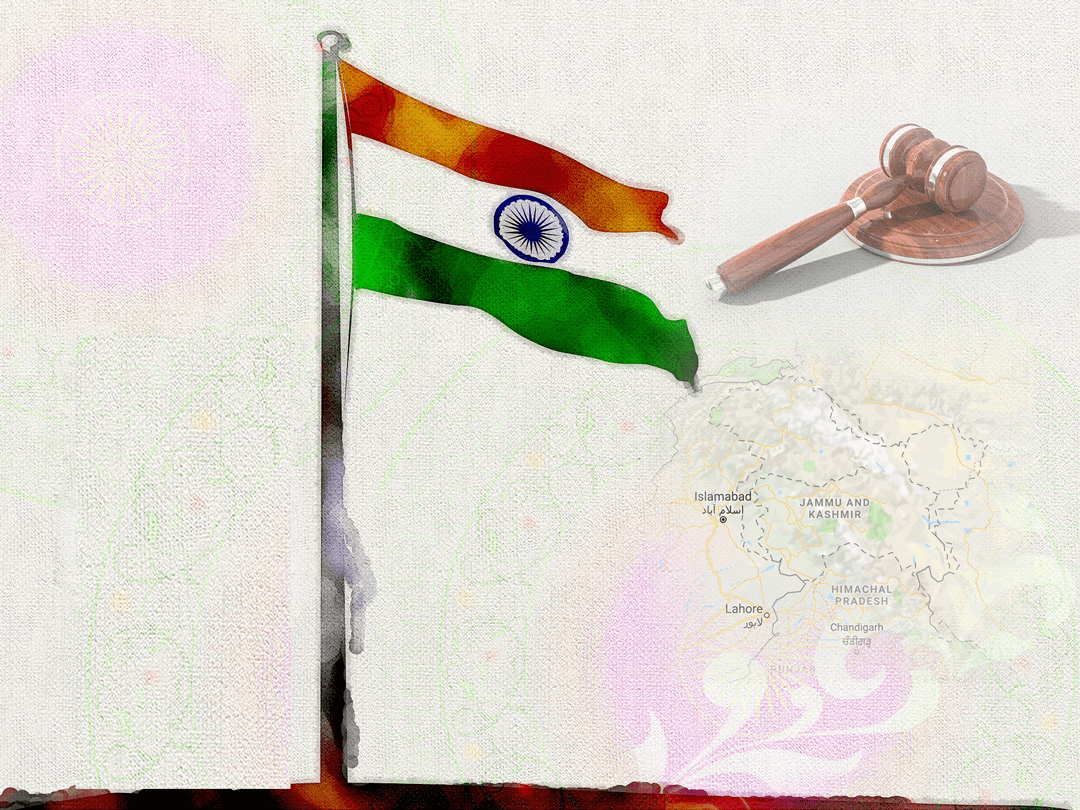 While addressing a crowd in Indian occupied Kashmir (IOK) in 2003, Atal Bihari Vajpayee crafted and raised the slogan, “Insaniyat (humanity), Jamhooriyat (democracy) and Kashmiriyat (eclectic Kashmiri culture)”. The slogan has found resonance in the valley as well as among the sane political quarters of India, but its implementation has been far from a reality. The presence of a large number of Indian troops killing torturing, raping and decapitating Kashmiris, including women, children, the elderly, the diseased and the disabled has been amply reported and covered by the international and Indian media. The use of pellet guns and use of Kashmiris as a human shield are the new norms in the valley.

The unfortunate history of Kashmiri accession to the State of India begins with a tainted record and the instrument signed between Maharaja Hari Singh and India is considered a fraudulent act by any ethical standards to date. However, to give it a more legal outlook, India added Article 370 in Part XXI of its constitution in 1949. Part XXI of the Indian constitution is a compilation of laws pertaining to the formulation of India as a country and the amalgamation of states that constitute it. This part of the constitution provides temporary and transitional special provisions to the states joining the union of India, for example, other than Kashmir, and also talks about Nagaland, Mizoram as well as the northern states.

Legally, Article 370 is the only constitutional link between the State of India and Kashmir.  The state of Kashmir was to retain its independent and autonomous status, with defence, foreign affairs and communication to be looked after by the State of India.  Bhimrao Ramji Ambedkar, the father of the Indian constitution, never wanted this Article to be part of the Indian constitution.  He is cited as saying, “You wish India should protect your borders, she should build roads in your area, she should supply you food grains, and Kashmir should get equal status as India. But the government of India should have only limited powers, and the Indian people should have no rights in Kashmir. To give consent to this proposal, would be a treacherous thing against the interests of India and I, as the Law Minister of India, will never do it”. He refused to make Article 370 part of the Indian Constitution; consequently, it was drafted by Gopalaswami Ayyangar, who was a Minister without a portfolio and had been Diwan to Maharaja Hari Singh of J&K. Besides maintaining the autonomy of the state of Kashmir, the Article makes provisions for its residents to have the sole right of ownership of property and land, and effectively bars State of India from altering (whether extending or reducing) any borders of Kashmir. This also prevents any efforts to alter the demography of Kashmir.

There has been a gradual erosion of the Article over the last several decades. Starting in 1950, a total of fifty (50) Presidential orders were promulgated to extend the powers of the State of India on Kashmir. Yash Ghai in his book ‘Practising Self-Government’ mentions two reasons for these presidential orders: 1) to extend Delhi’s control over the State of Kashmir by implementing additional control protocols; and 2) Delhi was not fully convinced about the constitutional legality of these orders to follow a much desirable constituent assembly route. Resultantly, 94 of the total of 97 subjects have been extended to Kashmir and 260 of the 395 Articles of the Indian Constitution now apply on Kashmiris as well. This is in shameful disregard of the treaty obligations which were signed by the Maharaja and the State of India, pursuant to which Article 370 was actually crafted.

Besides violating Article 370 by application of the Indian constitution on Kashmir, India has gone a step ahead and imposed the Armed Forces (Special Powers) Act (AFSPA) on multiple states. The aim of these special powers is to maintain law and order in disturbed areas. The AFSPA was initially applied on Naga Hills, followed by parts of Assam, Arunachal Pradesh, Manipur, Meghalaya, Mizoram, Sikkim and Tripura. The Act was applied against Sikhs in Punjab, besides Chandigarh in 1983, and abrogated in 1997. The imposition of the AFSPA to Jammu and Kashmir since 1990 has been a gross violation of Article 370, besides being a desecration of human rights.

The major reason for the enactment of Article 370 was that the people of Kashmir, who were in the majority at the time of Partition when their non-Muslim Raja acceded to India, felt extremely vulnerable to exploitation and found their identity and autonomy threatened. In an effort to look at the provisions of the Article, Modi avowed to initiate a debate on the absolutist stance of the Article, which effectively limits the State of India’s constitutional control over the valley. India is also busy changing the demography of the valley by the genocide of the Muslims and the slow and gradual resettlement of Hindus. Therefore, any future plebiscite in the valley would yield desirable political results and will be helpful in face-saving for India internationally.

Theoretically, it is logical to argue that secessionist movements only gain momentum if there is a gap between the central power structure and the marginalized dissenting parties. If the people of the valley were ever exposed to inclusivity in the State of India, the cause for a separate homeland in the valley would have died. Unfortunately, the imposition of the AFSPA and gross human rights violations have been contradictory to the slogan of ‘Insaniyat, Jamhooriyat and Kashmiriyat’. Any efforts by the BJP government to abrogate or withdraw Article 370 could be extremely counter-productive and might become a precursor for a Third Division in the region.

This article was originally published on Strafasia on 06th June.

Post COVID-19 World Order: How Di …by strafasia6 hours ago