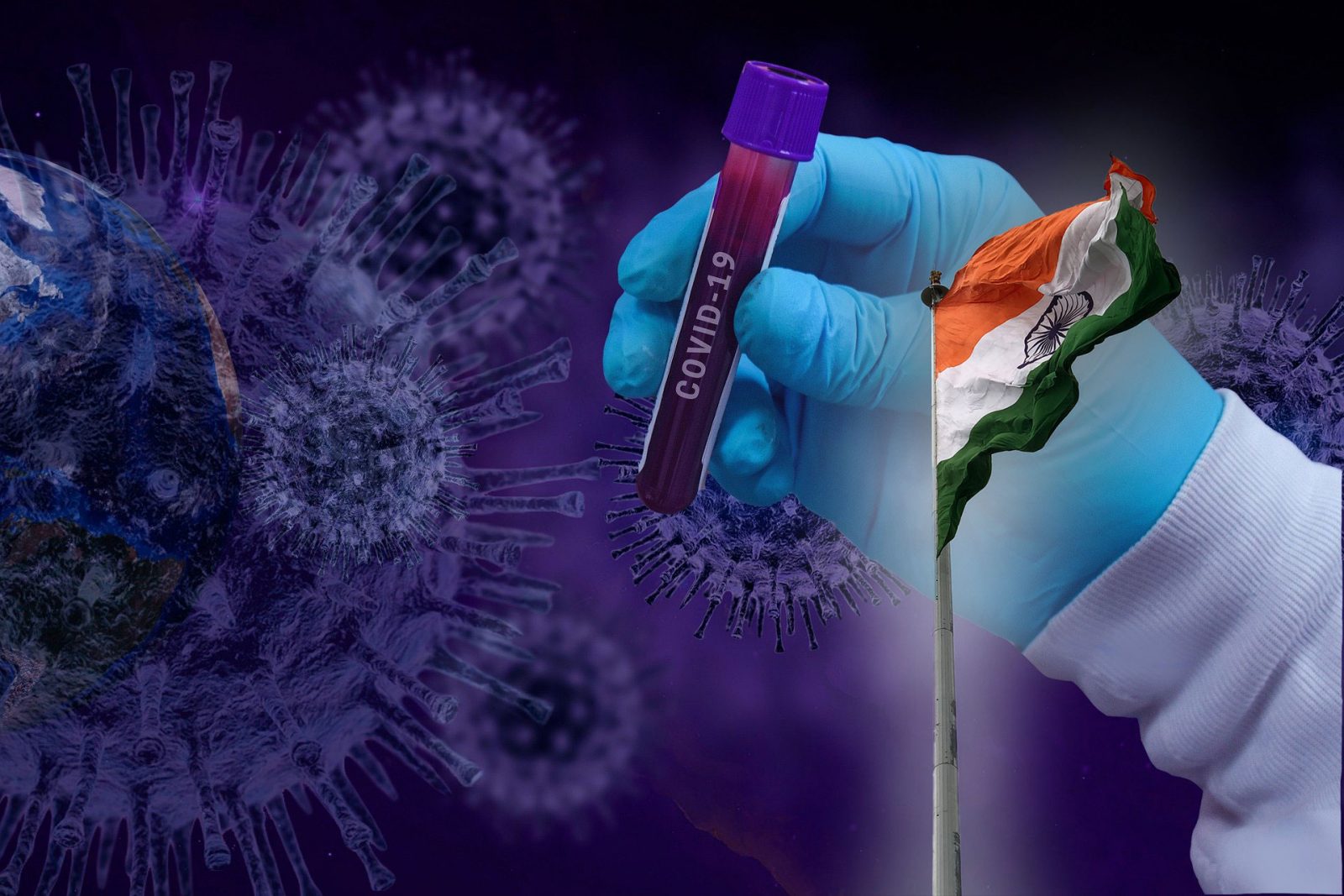 The recently released report of the US Commission on International Religious Freedom ( USCIRF) for 2020 has designated India as a country of Particular Concern for ¨engaging in and tolerating systematic ongoing and egregious religious freedom violations¨. This annual report compiled by the American State Department under a Congressional  Mandate evaluates the state of religious freedom in different countries. The last time it mentioned India was in 2003, following the massacre of Muslims in the Gujrat State of India at which time the current Indian Prime Minister, Narendra Modi, was the Chief Minister of Gujrat, and was accused of complicity in the massacre. As a result, he was denied a US visa – a restriction that was withdrawn when he was first elected Prime Minister in 2014. This change in American policy was dictated by growing US strategic interests rather than any change in Modi’s commitment to religious tolerance towards the Muslims of India.  In fact, over the last six years, the Indo –US strategic alliance against China has ensured that Washington turns a blind eye to Modi’s systematic persecution of Muslims and other minorities in India.

Now with the spread of COVID-19 pandemic in India, yet another excuse is being used to discriminate against Indian Muslims.  It remains to be seen whether the US Government will act on the recommendations of the USCIRF report to restrain Modi’s repression of Muslims or American Strategic Interests will trump American ‘commitment’ to Human Rights, including religious freedom.

So far, the Modi Government has quite literally got away with mass murder. The policies of persecution implemented in Gujrat, are now being extended on a national scale. Guided by the fascist ideology of its RSS mentors, Modi’s BJP views India as land only for Hindus, in which Muslims need to be either purged or to live as second class citizens if they refuse to return to their original Hindu faith. Muslims are projected as’ oppressors’ during their rule over India and their religion as an alien faith which did not emerge within India.  As a result, Indian history is being rewritten to portray Muslim rulers as villains, their heritage is being destroyed, such as the Babri Masjid, and their memory is being erased from the names of cities, roads and buildings.

Mobs of Hindu vigilantes and thugs have been given a free hand to extract `revenge’ on Muslims for imagined crimes such as cow slaughter or marrying a Hindu. Their places of worship have been desecrated or destroyed. Entire localities and villages of Muslims have been demolished and their inhabitants forced to flee. In these pogroms against the Muslims, fuelled by derogatory and inflammatory rhetoric by Hindu leaders, state institutions, such as the police, have just stood by as spectators or even actively engaged in the violence. Government officials, the judiciary and even the armed forces have become willing or forced collaborators.  With a few exceptions, the Indian media has promoted this anti –Muslim campaign, spewing venom against Muslims in line with BJP/RSS policy. Those who resist are branded as `Pakistani agents’ to be tried in Kangaroo courts or just simply beaten up.

Encouraged by the absence of the international opprobrium, Modi has taken even more draconian and institutionalized measures against Muslims in his second term which started in May 2019. In August, he changed the Indian Constitution to remove even the fig-leaf of autonomy given to the Muslim majority occupied the State of Kashmir, placed it under lockdown and media censorship which continues arrested thousands of people, including children and unleashed a wave of renewed repression by more than 900 thousand troops. Also by enabling non –Kashmiris to buy properties and settle in Kashmir, Modi’s objective is to change the Muslim majority demography of the occupied state, turning it into a Hindu majority area. This is nothing short of genocide.

Within India itself, the BJP has enacted the Citizenship Amendment Act which bars only Muslims to acquire Indian citizenship. It then approved the National Population Register, initially meant to identify illegal migrants in Assam, as a first step towards nation-wide National Register of Citizens, in which people would have to prove their Indian nationality.  The real purpose of this subterfuge is to deny nationality to Muslims who can then them be expelled and India’s Hindu`purity’ ensured. At the very least this law will enable the Modi government to hold Muslims hostage to its whims. Reaction to these developments by Muslims and secular Hindus, which had been peaceful throughout the country, was met by violence by the police and Hindu facist volunteers.  Muslim educational institutions like Aligarh University and Jamia Milia in Delhi were particularly targeted, with students being beaten up and arrested from their dorms  and libraries.  At least fifty innocent people were killed in this state sponsored violence.  Then in February 2020, even as US President Trump was visiting India, anti- Muslim riots provoked by BJP leaders broke out in the Muslim areas of Delhi, leading to hundreds of causalities, destruction of Muslim homes and damage to mosques. Not surprisingly, Trump described this as India’s `internal affair’.

It is against this toxic background, that the Corona Virus struck India. Instead of forging a united front against a virus that does not distinguish between religion or caste, Modi and his fascist henchmen have tried to use the pandemic to promote their anti-Muslim agenda. Blaming the occurrence of COVID symptoms among some members of the Tableeghi Jamaat, the spread of the virus was blamed on Muslims – even though other Indians had been infected by the virus before this incident. As a result, Muslims in different parts of India have been ostracized, their homes and businesses boycotted and even denied treatment for Covid infections or other medical ailments.

In occupied Kashmir, the situation is even worse. With the continuing lockdown, patients are unable to get treatment or obtain essential supplies. At the same time, medical services are woefully inadequate, with no support from the central government. In fact, the Covid lockdown is being used to further isolate the Kashmiris and keep them in a virtual prison. This enables India to prevent any Kashmiri expression of public dissent against Indian repression. Meanwhile, Indian troops on the LoC have increased firing on Kashmiri villages on the Pakistan side, leading to several casualties.

All this is being done by taking cover behind the global pandemic crisis, with the international community preoccupied with its own national emergencies.

Nevertheless, the discrimination against Indian Muslims with state patronage has led to reactions from the UN, the OIC and the Gulf states, apart from Pakistan. All have expressed grave concern over these developments. But just as in the case of the USCIRF report, the Modi government has rejected these concerns as interference in India’s internal affairs. Unfortunately, those countries that do influence to compel a change in Indian policies, like the US, give greater weightage to their strategic partnership with Modi and are in any case consumed by their COVID challenges, rather than focus on discrimination against Indian Muslims. In these circumstances, there is unlikely to be any check on the Indian government’ s victimization of its Muslim citizens.

However, over the longer term, adding the COVID layer of discrimination against Muslims, who are over 200 million people, will eventually tear the Indian polity apart. These policies discriminating against such a large minority would severely test India’s ability to remain a coherent, functioning multi-lingual, multi-religious and multi-ethnic state. It was in recognition of this diversity that India’s founding leaders pursued secularism as the glue that would bind such a diverse country together. Now Modi and his fascist henchmen have torn even the pretence of secularism to sherds. Eventually, the very survival of India could be jeopardised. This process of disintegration has already started with the alienation of the Indian Muslims. The resort to COVID politics in India has made the situation even worse.

Print PDFThe COVID-19 and South Asian Politics The South Asian region, in the presence of two hostile nuclear neighbours, is going to witness a turning point of its history. The outbreak of coronavirus and its […]