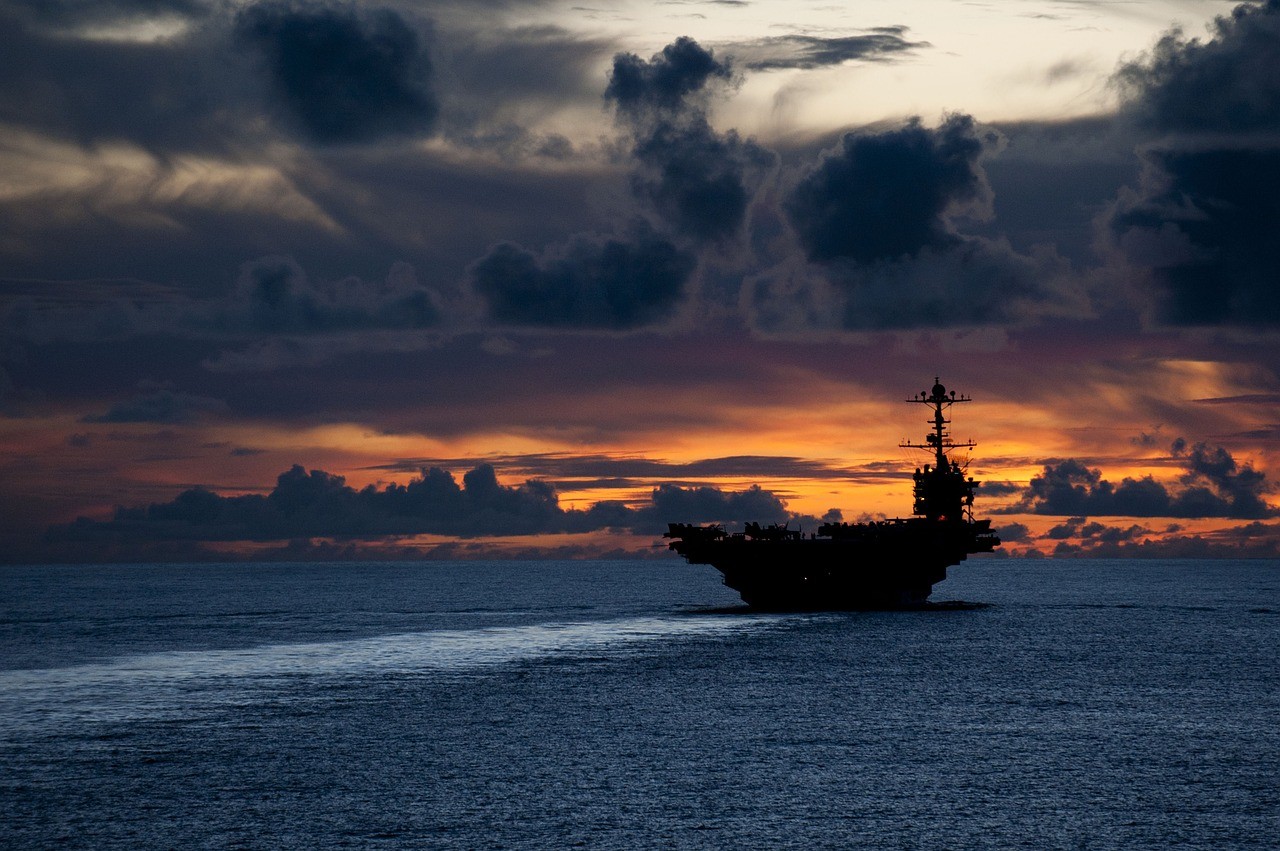 The U.S. and Iran have been at odds since at least the Iranian revolution in 1979. Tensions, however, resurfaced when the Trump administration with its more hawkish approach towards Iran took over. The dangerous tensions between Iran and the U.S. are direct extensions of the unraveling of the nuclear agreement, initiated by President Trump a year ago in fulfillment of his election campaign promises. More recently, the deployment of the U.S. aircraft carrier in the Persian Gulf, based on ‘intelligence’ reports indicating escalatory moves from the Iranian regime, has further heightened tensions between the two countries. Acting Defense Secretary, Patrick Shanahan, justified the U.S. deployments as ‘means of deterrence and not war’. However, the risk of miscalculation from the Iranian side remains very high, keeping in mind the U.S. invasion of several countries on false pretexts.

Unnecessarily pushing Iran can trigger strong reactions, as hinted at in several statements issued from the Iranian side. Iran has signaled its intent of withdrawing from the nuclear Non-Proliferation Treaty (NPT) if the remaining signatories to the Joint Comprehensive Plan of Action (JCPOA) are not able to save the agreement and U.S. sanctions are not lifted. The JCPOA was a multilateral arrangement that could have prevented Iran from going nuclear at least until 2030. The current situation between the U.S. and Iran is only giving more reasons to Iran not to stay in the NPT for long. Pulling out of the multilateral JCPOA – despite repeated verifications from the International Atomic Energy Agency (IAEA) that Iran is complying with its commitments under the deal – was a classic manifestation of U.S. unilateralism. Such unilateralism is not conducive to the good of Non-Proliferation Regime (NPR) and creates further challenges.

President Trump, in keeping with his social media habits, tweeted, “If Iran wants to fight, that will be the official end of Iran. Never threaten the United States again”. Such threatening attitudes will result in the end of the NPR rather than achieving the intended ends. Iran’s exit from the NPT – amid security concerns vis-à-vis the U.S. – will be extremely damaging and stressing for the NPR.

Iran would not be the first country to withdraw from the NPT. North Korea withdrew in 2003 and conducted its first nuclear test in 2006. Since then, the U.S. and other states have been trying hard to persuade North Korea to denuclearize. However, the situation is only worsening, as evidenced by the recent failure of talks between the U.S. and North Korea. Is the U.S. ready to face a similar situation with Iran? Iran outside of the NPT will be more difficult to handle. Confrontational attitudes towards Iran are more likely to give impetus to its pursuit of nuclear capability to address its security concerns. If the U.S. continues to threaten Iran, it is likely that Iran will withdraw from the NPT prior to the upcoming NPT Review Conference. Iran has highlighted the frustration of Non-Nuclear Weapon states (NNWSs) at the recently held NPT Preparatory Committee by stating that the NNWS have been abused, and that countries like the U.S. brazenly threaten NNWSs with its nuclear weapons, neglecting all its commitments under the pact.

The issue of the Nuclear Ban Treaty (NBT) and the potential withdrawal of Iran from NPT are likely to come up in the review conference, questioning the credibility of the treaty and regime as a whole. The U.S. is not the sole authority to determine a state’s compliance with its commitments under certain treaties and arrangements. For this purpose, there are trusted international organizations. Upholding the sanctity of the NPT is the shared duty of all the member states. Likewise, the JCPOA was a multilateral arrangement and its fate should not be left to one state only. The U.S. has itself weakened the NPT and is responsible for fracturing the NPR by concluding a civil nuclear cooperation agreement with India, followed by an exceptional NSG waiver. At the same time, the legitimate rights of the NNWSs like Iran are denied.

Despite unsettled situations in Afghanistan, Syria and Iraq, the U.S. is bent upon opening yet another front without considering the extreme fallout. Iran’s pursuit of nuclear capability will certainly trigger responses in the neighborhood. Saudi Arabia and Israel will come up with strong reactions which might be unfavorable for the U.S. and the whole region. The U.S., intentionally or unintentionally, is pushing the region towards nuclearization, which it has ‘resisted’ thus far. The fallout of the increasing hostilities and a ‘likely’ war between the U.S. and Iran will not remain confined to the Middle East but will spiral out to other neighboring regions as well. As Pakistan’s Foreign Minister put it, “Pakistan would not join any camp in case of a conflict, warning that any escalation in tensions would be detrimental for the entire region”. Pakistan has urged both Iran and the U.S. to show maximum restraint and settle differences through dialogue. It appears that dialogue between the two sides with Iran inside the NPT will be easier than otherwise. Diplomacy is the only way out of this situation.

America’s European allies are already expressing disagreement with the former over how to deal with the Iranian issue, as they did once U.S. abandoned the JCPOA. Likewise, China and Russia are unlikely to support U.S. aggression against Iran. Like the 2003 Iraq war, it would be an illegal and unjust war against a country otherwise found in compliance with its international obligations. Without addressing the discontent of the NNWSs vis-à-vis their genuine security concerns, it would be difficult to sustain a non-proliferation bargain that constantly puts the NNWSs at the giving end.

Print PDFFollowing the release of the results of the September 28 elections after a much delayed hiatus of more than two months, Afghanistan has a potential winner in Ashraf Ghani, but  the election results has […]

Scope of Service Industry in Pakistan and China-Pakistan Economic Corridor

Print PDFIn 2013, Chinese President Xi Jinping announced the Belt and Road Initiative (BRI). BRI is an ambitious plan to connect Asia, Europe, and Africa via networks of roads and railways to improve connectivity and […]