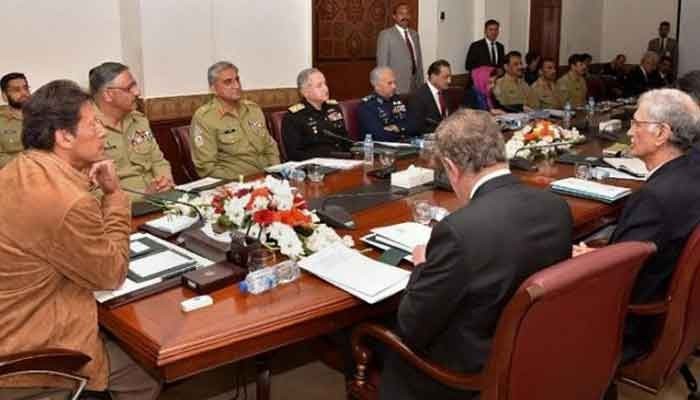 ISLAMABAD: The National Command Authority (NCA), which oversees the operationalcommand and control of the country’s nuclear arsenals and missile systems, is the toppolicy making body of the country to authorise possession and use of fire-arms tosecurity force personnel who are in the service of the Authority.

As per the National Command Authority Act2010, the Authority shall have the powers toperform all such functions that are necessaryto implement the objects and purposes of thisAct which includes to exercise completecommand and control over all nuclear andspace related technologies, systems andmatters.

The Act also envisages that the NCA has theauthority to “authorise possession and use offire-arms to security forces personnel whoare in the service of the Authority” and “take actions, issue appropriate orders andinstructions as it may deem fit or in order to advance or achieve the purposes of itsestablishment and in order to facilitate the performance of actions or functions thatare incidental and ancillary thereto.”

Prime Minister Imran Khan, who has called the meeting of the Authority onWednesday in the wake of the Indian aggression against Pakistan, is the chairman ofthe NCA. Its members include Minister for Foreign Affairs; Minister for Defence;Minister for Finance; Minister for Interior; Chairman Joint Chiefs of Staff Committee;Chief of Army Staff; Chief of Naval Staff; and Chief of Air Staff. The Director GeneralStrategic Plans Division acts as the Secretary of the Authority. Under the Act, all thepowers and functions rest with the National Command Authority on whose behalf, thechairman will exercise these powers and functions who may in consultation withNational Command Authority and subject to such limitations as he may specify,delegate any of these powers and functions to Chairman Joint Chiefs of StaffCommittee and Director General Strategic Plans Division, who may further sub-delegate the same to any employee.

Speaking to the media on Tuesday, the DG ISPR Maj General Asif Ghafoor whilereferring to the National Command Authority meeting convened by the PM onWednesday said, “I hope you know what the NCA means and what it constitutes.” ThePak military spokesman had a clear and unambiguous media for India, “I said that wewill surprise you. Wait for that surprise. I said that our response will be different. Theresponse will come differently….. You have chosen a path of war without knowing theconsequence for the peace and stability of the region.” Within hours after Indianaggression, the National Security Committee of the government met to decide,that“Pakistan shall respond at the time and place of its choosing.” Later in a pressconference addressed by a team of ministers led by Foreign Minister Shah MehmoodQureshi also said Pakistan “shall respond”. The same message was conveyed by the DGISPR in a candid manner but the entire nation awaits with the fingers crossed what the“surprise” response of Pakistan would be.

Print PDFBy definition, repressive states are those which subjugate their masses or a portion of society to suit their own agenda. The tools that may be used comprise draconian laws, a stymied justice system, which […]