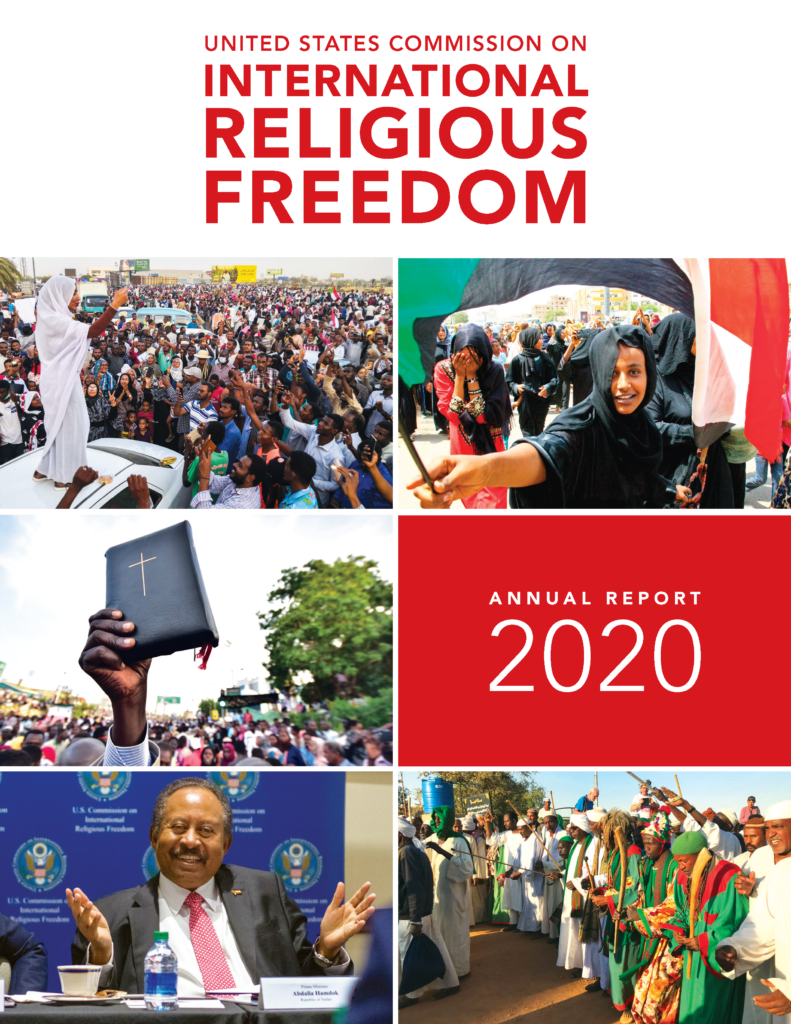 India has earned an unenviable distinction of becoming the third largest country in the world in terms of military expenditure, which according to the recent SIPRI report has increased by 6.8% in 2019 to $71.1 billion in 2020. The report by Stockholm institute on military expenditures coincided with another report released by the US Commission on International Religious Freedom (USCIRF), which has recommended India to be designated as the Country of Particular Concern (CPC) for “engaging in and tolerating systematic, ongoing, and egregious religious freedom violations, as defined by the International Religious Freedom Act (IRFA).” The two seemingly unrelated issues highlight the dangers of an increasingly intolerant ‘Hindu’ India, rapidly building its military potential, which if remained unchecked, could eventually become a serious threat to regional as well as international security.

This, however, is not the first time that India has been identified as a CPC by the USCIRF. In 2003-2004, it earned this distinction after the infamous Gujrat massacre that led to the killings of more than 1000 people (mostly Muslims) by Hindu extremists. Narendra Modi, who was Chief Minister at the time, was accused of inciting the violence for his political gains. Consequently, he was banned from entering the US for his role in the Gujrat pogrom. After becoming PM, Modi and his party have been aggressively pursuing ‘Gujrat doctrine’ to suppress Muslims all over India.

As was expected, the Indian government has rejected the report by terming it biased and labelling the USCRIF as “an organization of particular concern, which will be treated accordingly.” Notwithstanding the Indian stance, the USCIRF report is likely to cause significant discomfort in US-India bilateral relations, which are often ‘misrepresented’ as the congruence of the world’s two largest democracies and ‘shared values’.

The US Commission in its report has accused the Indian government of systematically making 1.9 million Muslim population stateless through its controversial Citizen Amendment Act (CAA) that was passed in December 2019. Citing some of the examples of growing racism, the Commission highlighted statements by India’s senior leadership, including the Home Minister Amit Shah, who had referred the Muslim migrants as “termites” that need to be eradicated from India. The report also mentions the statement of another senior BJP leader, Yogi Adityanath, who is the current Chief Minister in Uttar Pradesh and has pledged revenge against those protesting the controversial CAA by stating that they should be fed with “bullets not biryani.”

The report also cites BJP government’s decision to ban cow slaughter that led to communal violence with Hindu mobs using it as a pretext for the lynching of Muslims under state patronage. India’s anti-conversion law that aims to prevent lower caste Hindus from converting to Islam or Christianity, is also viewed as an infringement on personal choices of the individuals as guaranteed under international law. The US Commission, citing the controversial Indian Supreme Court’s ruling on Babri Masjid site, terms it an attempt to curtail the religious freedom of the Muslim minority population.

The Indian government’s decision to revoke the autonomy of the disputed region of Jammu and Kashmir and keep the region under lockdown by denying the Muslim majority areas of their basic rights has been identified as another serious human rights violation. The US Commission has therefore recommended that the Administration should “impose targeted sanctions on Indian government agencies and officials responsible for severe violations of religious freedom by freezing those individuals’ assets and/ or barring their entry into the United States.”

Out of the nine Commissioners who drafted the report, only three opted to write dissenting notes opposing the recommendation to designate India as a CPC. However, they did not disagree with the observation that rising concerns about India’s discriminatory CAA and the growing political and inter-communal strife could lead to further religious tensions in India.

Other than India, several other countries, including Pakistan, have also been recommended to be designated as a CPC for violating religious freedom as defined by IRFA. The main concerns regarding Pakistan are related to the blasphemy law, anti-Ahmadiyya laws, and violence by extremist groups. Unlike India, the report recognizes some positive developments in Pakistan, which include: the decision to open Kartarpur Corridor allowing Sikh pilgrims from India to visit Gurdwara Darbar Sahib; the foundation laying of the first Sikh university in Pakistan; the renovation of a Hindu temple in Sialkot; and the government’s decision to bring 30,000 madrassas under government control to combat religious extremism and implement a common national curriculum beginning in 2021.

The recommendations of the report are not binding. It remains the discretion of the US Administration to grant a waiver to countries designated as a CPC, and it is unlikely that the US would impose sanctions on Pakistan or India as a result of this new report. The inclusion of India, however, is a significant foreign policy failure of the Modi government that till recently had been brandishing events like ‘Howdy Modi’ and ‘Namaste Trump’ as evidence of unshakeable bonds between the two countries and between the two leaders, but is now witnessing sudden frosting of relations with the White House recently deciding to unfollow Modi’s twitter account. India’s ongoing atrocities in Indian Occupied Kashmir (IOK) has also raised concerns amongst the members of the US Congress, and the new report is likely to bring more focus towards its anti-Muslim policies.

After the spread of the current pandemic, many in India blamed and associated the virus with Muslims that has resulted in an increase in hatred and violence against the Muslim population in India. BJP’s IT cell launched a campaign targeting the Muslims that gained momentum amongst the Indian workers in the Gulf with several using social media to ridicule Arabs. This led to a strong backlash in the Arab world with growing calls for expulsion of those who are involved in spreading racial and religious hatred.

The Organization of Islamic Countries (OIC) Independent Permanent Human Rights Commission (IPHRC) in its statement has also condemned the “unrelenting vicious Islamophobic campaign in India maligning Muslims for the spread of COVID-19 as well as their negative profiling in media subjecting them to discrimination & violence with impunity.”

India’s rapid degeneration towards extremism is a result of its structural fault lines that are deeply rooted in its perennial sense of deprivation, where Hindus, despite being in majority, remain insecure and blame Muslims and Pakistan for their shortcomings. As former PM Manmohan Singh has stated that India faces the danger of the trinity, which includes social disharmony, economic slowdown and a global health epidemic, and if these problems persist, it could “not only rupture the soul of India but also diminish our global standing as an economic and democratic power in the world.”

About Dr Adil Sultan 34 Articles
Dr Adil Sultan is a Director at the Centre for Aerospace and Security Studies (CASS) and co-founder of Strategic Foresight for Asia (www.strafasia.com). He can be reached at [email protected] Twitter @adilsultan.

Print PDFThe term ‘cold war’ was used for the first time by a famous British writer George Orwell in his essays on the tensions between the USA and USSR, now Russia. Generally, the term is used […]

Print PDF    26 February 2019, initiated another stand-off between two nuclear neighbours (Pakistan and India). The trigger behind the current scenario is the tragedy that occurred in Pulwama district of Jammu and Kashmir region. […]

Print PDFThe US and the Taliban have finally inked the historic peace deal that aims to end the long-standing animosity between the two. All regional and extra-regional pacifists have welcomed this agreement, moreover, they have […]