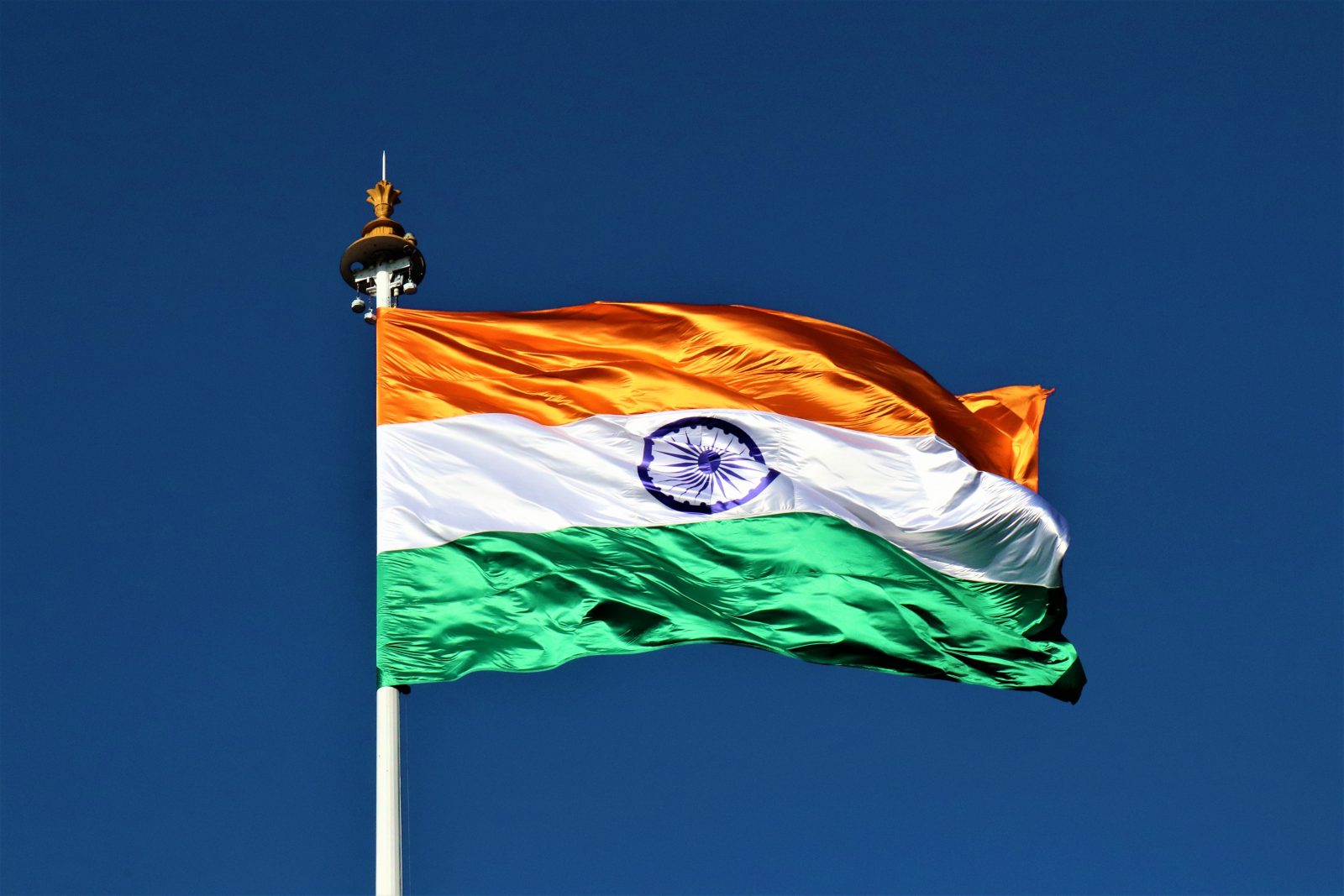 Nuclear deterrence plays a pivotal role in maintaining peace and stability in South Asia. The main actors in the region are India, Pakistan and China. Since independence, India has been keen to develop nuclear weapons under the guise of civilian use. India got nuclear assistance from Canada, United States and France for peaceful purposes. After the 1962 Indo-China war, humiliation faced by Indian Forces compelled scientists to speed up weapon program. In 1974, India tested its nuclear device and named it “Smiling Buddha”. India successfully camouflaged its nuclear device under the cloak of peaceful use through a brilliantly orchestrated campaign, even though, this device was based on implosion technique which was highly suitable for weapon usage. After the 1971 tragedy, Pakistan’s insecurities were further heightened and after India’s tests, Pakistan embarked upon the journey of acquisition of the nuclear bomb, as a reactionary step. In 1998, both India and Pakistan had tested their nuclear weapons, but India took the lead and Pakistan followed suit.

This writing will primarily be concerned with India’s shift towards counter force pre-emption. Counter force approach refers to hard military targets rather than counter value, i.e. city (soft) targets. A pre-emptive strike is a surprise attack in response to an anticipated attack. Indian nuclear policy was based on two important notions: No First Use (NFU) and minimum credible posture, as stated by India’s Draft Nuclear Doctrine (DND) 1999 Article 2.3, “India shall pursue a doctrine of credible minimum deterrence.” Article 1.1 of reviewed DND by Indian Cabinet Security Committee states, “Nuclear weapons will only be used in retaliation against a nuclear attack on Indian Territory or on Indian forces anywhere.” A credible minimum posture is basically a minimum plus. In this posture, you tend to develop a capability to engage a good number of enemy targets either soft or hard, but former Indian National Security Advisor Shivshankar Menon recently stated, “India’s nuclear doctrine has far greater flexibility than it gets credit for.” Initially, India relied on massive retaliation or punitive strikes in the context of nuclear policy, however, in the aftermath of the attack on Indian parliament, Indian forces failed to execute punitive conventional strikes on Pakistan. This inaction was a result of the threat of the use of tactical nuclear weapons by Pakistan. This inaction continued even in the aftermath of Mumbai attack. India failed to give Pakistan any admissible proofs about terrorist groups operating from Pakistani soil. This inaction forced Indian strategists to think of new proactive and more aggressive strategies as India failed to deter sub-conventional warfare.

General Sundarji has contributed a lot towards Indian strategic thinking. The element of pre-emptive strikes in Indian strategic thinking can be traced back to the preventive war doctrine of Gen Sundarji. The idea was to destroy Pakistan’s nuclear facilities under the fog of war. This idea continued in the 1980s. Operation Brasstacks was the manifestation of this idea. Indian strategist modernized Gen Sundarji’s idea and suggested a pre-emptive counter force approach. The Idea was to engage all counter force nuclear targets of Pakistan and destroy their nuclear capability completely. Menon used the term “splendid first strike”. Once all nuclear forces of Pakistan were destroyed, India could freely carry out a conventional strike. General B.S Nagal (Former Strategic Force Commander) and Menon were chief advocates of this idea.

If we examine provisions of Indian nuclear doctrine, the idea to use nuclear weapons in response to chemical and biological weapons attack somehow lowers the threshold of use of weapons. We can infer that Indian Nuclear Doctrine has great flexibility and there exists a grey zone regarding the first use of weapons. Doctrinal ambiguity and flexibility allow India to respond differently in an evolving situation thus rendering NFU (No First Use) ineffective.

Now we will examine the technological evidence that will support our argument. India is investing heavily in its missile system. It has developed short range, medium range and long range ballistic as well as cruise missiles. It is developing supersonic as well as hypersonic missiles. BrahMos-A, a medium range super-sonic missile loaded on Su-30MKI, can be used as a stand-off weapon, having a range of 400km. Shaurya is a hyper sonic missile having a speed of Mach 7.5 (9,187.8km/h) with an effective range of 700km. Prahaar, prithvi-1 and 2 are short range ballistic missiles. The central idea behind short and medium range missiles is to engage Pakistan’s military targets, especially garrisons, that are near the border. The Agni missile family mainly comprises long range ballistic missiles. Submarine-launched ballistic missile K-5, named Sagarika, having an effective range of 3500 km, provides an assured second strike to India.

India has developed sophisticated ballistic air defences, for instance, EL/W-2090 air borne early warning and control systems. Barack-8 is also an effective air defence system while Prithvi Air Defence is also an apt example. Air defence systems instil confidence in states to go for first strikes. If you successfully launch a comprehensive first strike and reduce the enemy’s repository capacity to a greater extent, then the remaining weapons can be intercepted with the help of air defence systems. India has RISAT-2: an all-weather, day and night surveillance satellite. All these technological pursuits indicate that India is effectively posturing towards counter force pre-emption and has failed to maintain credible minimum posture.

Till now we have observed that India is effectively posturing towards counter force targeting and it has doctrinal flexibility to facilitate such actions. Now we will look into the credibility of this claim of “splendid first strike”. Pakistan has a large number of mobile delivery systems rather than silos. Eventually it becomes very difficult to exactly locate all delivery vehicles which are placed at distant locations. Now the idea of “splendid first strike” loses its utility.

This idea of India’s counter force pre-emptive strike is destabilizing regional stability in two ways. An arms race has been triggered in South Asia by virtue of Indian actions. Secondly, it is the “first strike instability” that is an inevitable consequence of counter force pre-emption. For instance India is planning to launch a comprehensive first strike on Pakistan, whereas Pakistan in its insecurity may fire weapons first. Consequently, regional stability is threatened.

Conventional asymmetry compels Pakistan to develop an effective nuclear deterrent. India, having larger resources and military might, must not pursue belligerent designs. It needs to revisit its policies towards Kashmiri people. The right to self-determination of Kashmiris must be respected. Indigenous freedom struggle of Kashmiri people is not an act of cross border terrorism sponsored by Pakistan. India has to re-think the very nature of sub-conventional warfare. Alleging Pakistan of terrorism and then using this pretext to launch punitive pre-emptive strikes is undermining deterrence stability. This idea that a limited war under the nuclear umbrella is possible is flawed at its root. Irresponsible Indian statecraft was visible during the Balakot episode. Pakistan acted maturely and controlled escalation, while deploying military force for wining cheap electoral objectives was an act of shame.

Nuclear Deterrence and Stability in South Asia: Perceptions and Realities

Print PDFPakistani and Indian nuclear capabilities are the key pillars for ensuring peace and security in the region – duly acknowledged by the two states in 2004. Pakistan’s proposal of Strategic Restraint Regime (SRR) calling […]