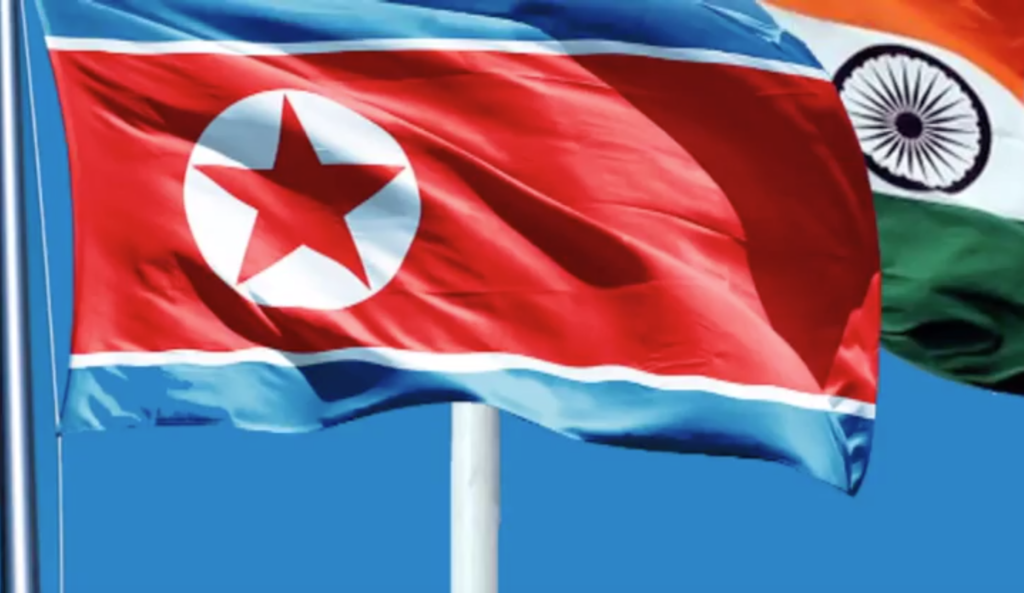 India celebrated National Technology Day on 11th May as a reminder of nuclear weapon tests carried out in May 1998. India emerged as the 6th nuclear power and first South Asian country to develop a nuclear weapons capability. Perhaps it was not just India that benefited from nuclear proliferation; instead, India’s nuclear capability further assisted other countries, including North Korea, to have crucial know how about nuclear technology. Once India mastered nuclear technology, it helped North Korean scientists to get training in top Indian institutes. For several years, India’s nuclear assistance to North Korea remained under the carpet, but UN experts report revealed how such an illicit connection with India helped North Korea to advance its nuclear program.

The UN Panel of Experts (PoE) report released in March 2019, once again, exposed India’s illicit expanding trade relations with North Korea, violating United Nations Security Council (UNSC) sanction regime. Ironically, in March 2016 an annual report to the UN Security Council asked India to give an explanation for violating certain provisions of the sanctions. According to the 2016 UN PoE report, North Korean Scientists, currently working with Pyongyang’s nuclear program, studied courses on space science and satellite technology at India’s leading research institute, Centre for Space Science and Technology Education in Asia and the Pacific (CSSTEAP). As per the UN report, between 1995 and 2016, 30 North Korean students have studied courses on space science and satellite technology at CSSTEAP. The courses offered to North Korean scientists found in violation with UN Sanctions regime.

The new UN report states that “The Democratic People’s Republic of Korea exported a total of $28,851 in zinc and articles thereof and zinc ores and concentrates (HS codes 79 and 26) to India in October and November 2017. All exports constituted violations of paragraph 28 of resolution.” Furthermore, India is also among the countries where DPRK exported textiles total of worth $101,282,544.

Report further highlighted that between October 2017 and March 2018, India imported Iron and Steel for a total of $68,383, violating Paragraph 8 of the resolution 2371 (2017). India also exported Industrial machinery, violating several provisions of the UN sanction regime. India’s violation of UNSC resolutions is a setback for the international body’s commitment and efforts for peace and security in the Korean Peninsula.

Historically, India and North Korea shared a close relationship, cooperation ranging from science and technology to trade agreements mostly favouring the former. In 2013, India was North Korea’s third-largest trading partner with a trading volume of more than $200m. Interestingly, India is one of the few countries with which North Korea maintains close diplomatic relations.

The international community, particularly the US and other like-minded allies, have consistently appealed for the severe economic and military sanctions against North Korea. Trump administration is struggling hard to denuclearise DPRK, and these sanctions have been seen as stepping stones for the complete de-nuclearisation of DPRK in the long run. However, in contrast to the global community’s consistent efforts to cap North Korea’s nuclear developments, India secretly kept close cooperation with DPRK both in terms of economic and strategic aspects.

In an interview with Al Jazeera, Skand Tayal, former Indian ambassador to South Korea, stated that “whatever cooperation” India has with North Korea is meant for “civilian application”. Even CSSTEAP didn’t answer the same media house’s request to comment on the UN report. While rejecting Al Jazeera’s report titled as, India’s embarrassing North Korean connection, India stated “The topics covered in the courses offered by CSSTEAP are very general and cover basic principles in the respective areas. The course material offered to the participants is available in open-source,”. But one wonders if everything was in line with the UN SC resolutions, why the research Institute stopped its facilitation of North Korean Scientists after UN PoE highlighted the lapse?

According to the report, North Korea tried to send at least one student to the institute to attend a global navigation satellite systems course, this time, his application along with other North Korean students was rejected. One can reasonably argue that India was in deliberate violation of UNSC principles‏  and the episodes of violations continue even after the first PoE report.

Nicholas Eberstadt, a political economist at the American Enterprise Institute think-tank, in response to an email to same media channel stated, “It doesn’t take a rocket scientist to realise how extraordinarily unwise, and indeed irresponsible, it is nowadays to train North Korean operatives in technologies that can be used to improve and perfect their ballistic missile programme.” He further added, “[T]he government of India needs to acknowledge the seriousness of this error, take accountability for it, and publicly commit that it will not be an enabler of North Korean WMD programmes henceforth.”

It is the right moment for the international community to realise the severity of the situation and hold countries like India accountable for violating UNSC resolution. If North Korea stands tall against all the odds today, it’s because of the countries like India that keep close cooperation throughout the sanctioned phase, giving some sort of economic cushion to DPRK to maintain its firm stance against mounting international pressure.

The author is a student of Current Affairs and Political Science with a Masters degree from National University of Science and Technology (NUST), Islamabad, Pakistan

About Zain Moeed 1 Article
Zain Moeed is a student of Current Affairs and Political Science with a Masters degree from National University of Science and Technology (NUST), Islamabad, Pakistan

Print PDFClimate change is a severe threat to the prosperity and security of the world. The destabilizing effects of climate change have drawn the concentration of the world with storms, droughts, and floods. At the […]

Print PDFSince 9/11, US security and foreign policy discourse has been dominated by the narrative of defeating terrorism. US started many wars and carried out numerous military interventions for regime changes in Middle East, South […]

Print PDFA new cycle of arms race is on the horizon as major powers strive for power projection. Rapid force modernization has initiated a domino effect across various regions, coercing states into an arms race. […]

Post COVID-19 World Order: How Di …by strafasia8 hours ago