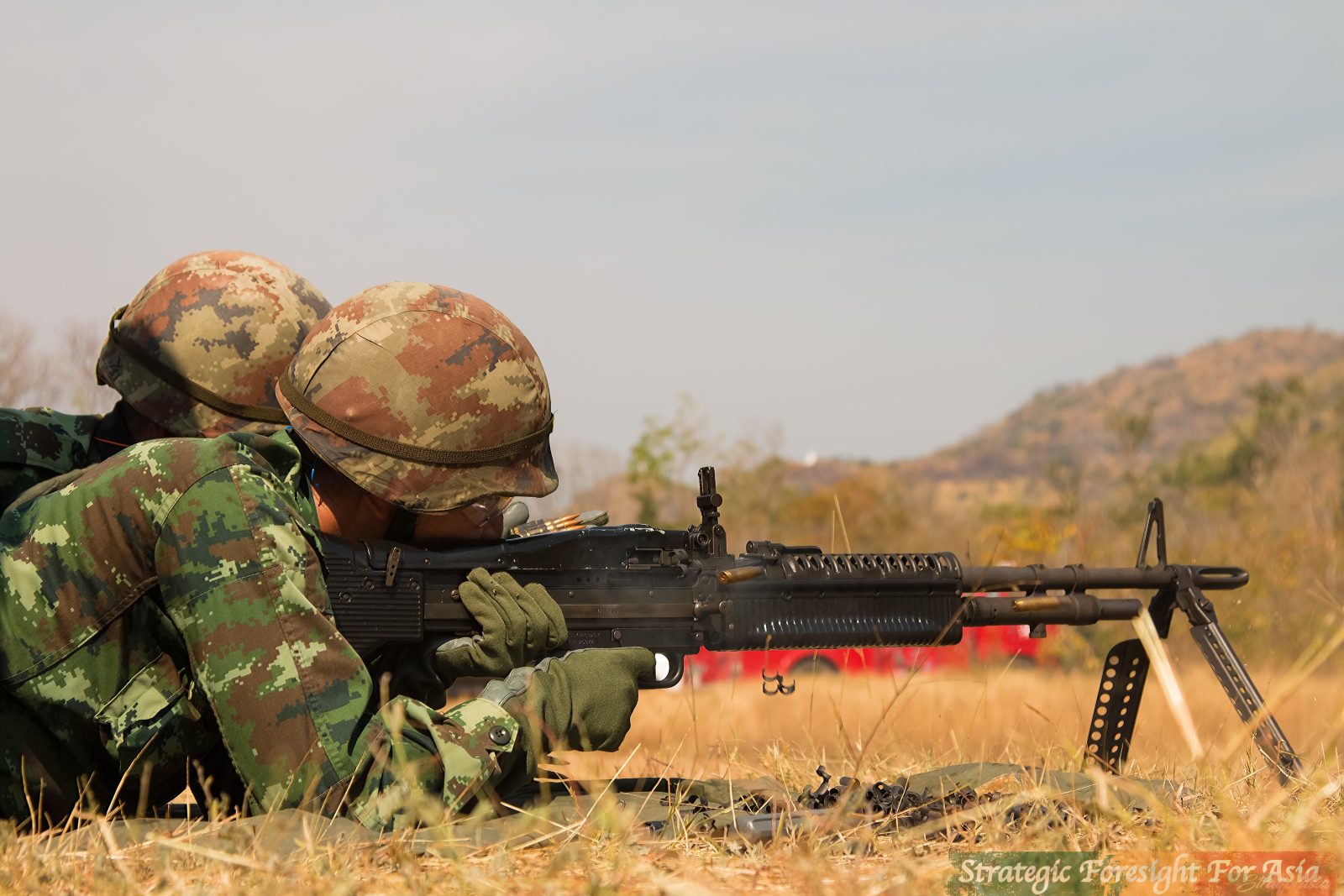 Pakistan’s decision to release the captured Indian pilot and the offer of talks to India has helped diffuse the current crisis between the two nuclear-armed neighbours. As of now, both countries seem to be reluctant to escalate further, but looking at the past history, the possibility of another major crisis between the two regional adversaries cannot be completely ruled out, as long as the outstanding disputes remain unresolved.

The recent crisis that was triggered as a result of a suicide attack by a local Kashmiri militant was blamed on Pakistan within a few hours of its occurrence. PM Modi while addressing a public rally threatened Pakistan with serious consequences and announced that the Indian military has been given a free hand to take punitive measures at the time of their own choosing.  PM Imran Khan denied Pakistan’s involvement and demanded proof, while warning India that if it embarked on military adventurism, Pakistan will not think, but ‘will retaliate’ in response.

While India continues to blame a banned militant outfit Jaish-e-Muhammad (JeM) for the current attack and has now provided a dossier to Pakistan that it believes validates its claim. It is, however, not yet clear whether the 19 years old young Kashmiri Aadil Dar, who was involved in the suicide attack was linked to the JeM, or was it an individual act. According to media reports, Dar had a disturbing history as he faced humiliation at the hands of Indian security forces during his custody in 2017, and had repeatedly vowed to take revenge.

The suicide attack by a local resident in the Indian Occupied Kashmir (IoK) is a relatively new phenomenon which indicates growing radicalization amongst the young Kashmiris. This is likely to increase due to oppressive policies of the current Indian government that has led to the deaths of many innocent civilians and blinding hundreds of children due to the use of inhumane pellet guns. The response of the international community to these ongoing atrocities has mostly been muted, despite several reports by independent observers and the United Nations.

Following the suicide attack in ‘Pulwama,’ India vowed to take punitive measures and launched surgical strikes inside the Pakistani territory. India claimed that it had killed ‘350 terrorists’ and destroyed several multi-storeyed terrorist sanctuaries inside Pakistan – a claim that could not be substantiated later, which led the Indian Air Force spokesperson to admit that they do not have complete details of the damage and casualties, and it would be premature to comment.

In response to the Indian strikes, Pakistan on Feb 27, responded with a tit-for-tat kind of a limited strike across the LoC but did not hit military installations to avoid further escalation. Pakistan however, did shoot down two Indian Mig-21s and captured pilot of one of the aircraft that fell on the Pakistani side of the LoC. Another SU-30 aircraft and an MI-17 helicopter were also destroyed in IoC Kashmir at the same time, but Pakistan has not yet claimed it. It is therefore not yet clear why these two aircraft went down at the same time when the two Air Forces were engaged in an aerial battle in the area. A second MI-17 helicopter that came for the rescue of MI-17 crew was pelted with stones by the local population that demonstrates the prevalent hatred against the Indian military in the occupied Kashmir valley.

On Feb 27, Prime Minister Khan also chaired a meeting of Pakistan’s National Command Authority (NCA), which is responsible for all nuclear-related matters, including the employment of nuclear weapons. No press release was issued, but it was an important signal for India and the rest of the international community that if pressed further, the escalation could become uncontrollable for both the countries, as was briefly mentioned by PM Khan in his speech that afternoon.

One significant outcome of the current crisis is that Pakistan has been able to re-establish the credibility of its conventional deterrence, and may have disapproved, or at least challenged the commonly held perception that even a limited military crisis between the two countries would force Pakistan to contemplate the use of its nuclear-capable short-range ballistic missiles (SRBMs). Instead, Pakistan has demonstrated that it has a number of other credible options, besides the nuclear capability, to deter and inflict proportionate damage, if not more.

Having experienced the futility of using the military option, both India and Pakistan could resume their composite dialogue process that is on the hold since December 2012, to resolve their outstanding disputes. This may not materialize before the Indian elections since anti-Pakistan sentiments are often used by the BJP for domestic-politics. While the peace talks are unlikely to start in the immediate future, but for now, Pakistan-India does not seem to be heading towards a major conflict, which should be a matter of relief for the region, as well as the rest of the international community.

Print PDFPakistan since its independence is facing an existential threat from India and the recent episode of ‘Pulwama’ that resulted to the ‘Non- military pre-emptive air strike’ by India, is the reflection of the adversarial […]

Print PDF  Video of Wng Cdr Abhinandan Varthaman has given an interview of the events, how they happened before his release. See the video below.