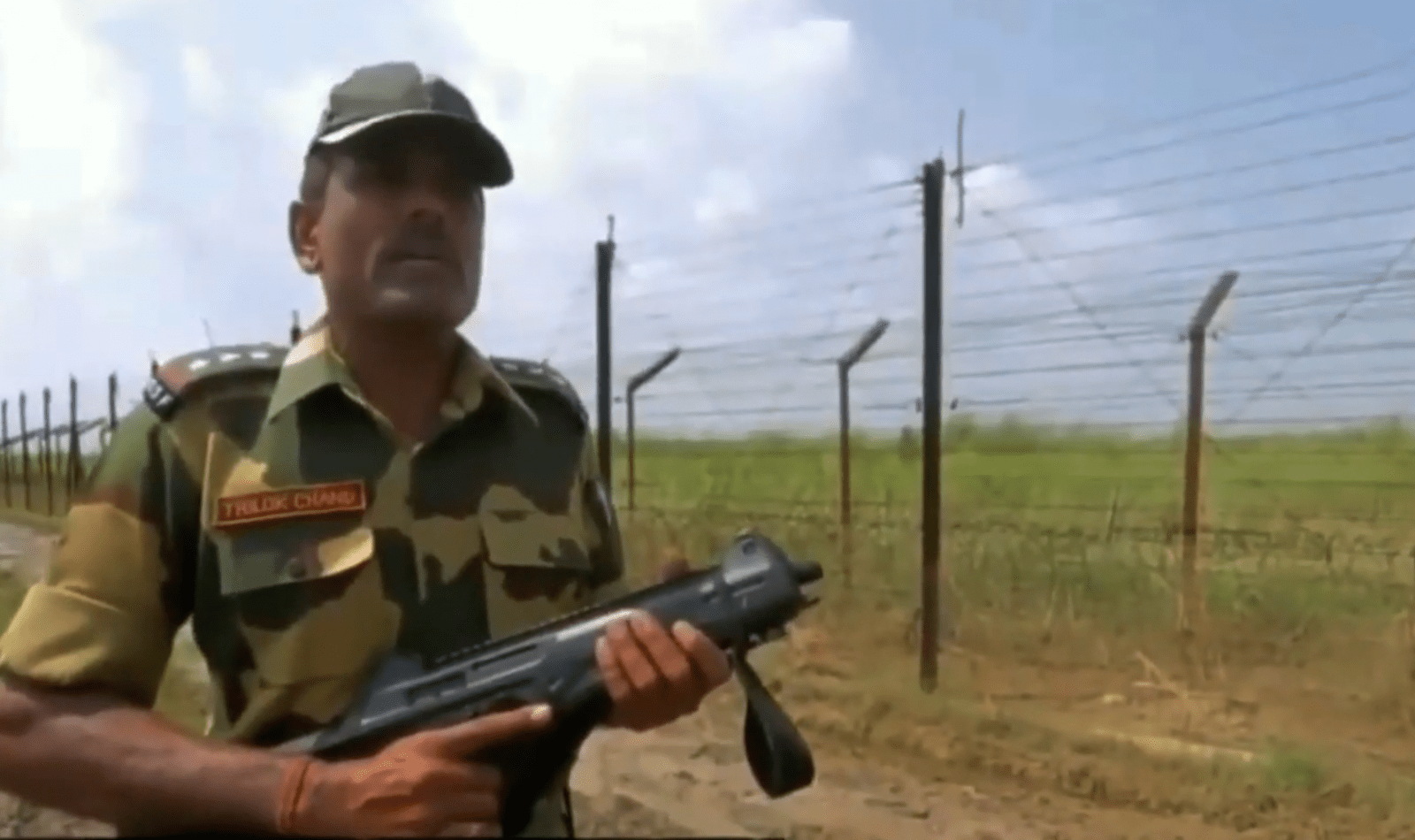 If Indo-Pak relations are to be summarized since the inception of both countries in 1947, “sheer animosity with occasional moments of embrace”, would probably make the best description. Despite historical and cultural commonalities, relations between these neighbouring countries are marred by deep-rooted animosity and hatred due to a set of outstanding issues, with the Kashmir conflict being the foremost. They have fought four major wars, three of which have been over Kashmir.

The introduction of nuclear weapons to the South Asian security equation, virtually converted the region into a nuclear volcano, ready to erupt at any moment. However, even the addition of nuclear weapons couldn’t prevent the leaderships of both countries from engaging in brinkmanship while placing the future of the whole region at the mercy of fission devices.

To provide an explanation for the India-Pakistan conundrum, it is imperative to analyze why these two countries, with an overall population of more than 1.5 billion featuring sagacious political and diplomatic minds, have been unable to resolve their issues even after 72 years of self-government.

The answer to this query lies in the “not very long history” of the subcontinent which can be summarized in few words:

There have been many rounds of talks resulting in the conclusion of a few landmark agreements, but all of those pacts focused on addressing the secondary issues while keeping the root cause of all the tensions i.e. the Kashmir issue, at abeyance.

Only during 2006-2007, as claimed by both the sides, was the Kashmir issue discussed in detail and a breakthrough seemed imminent; but regime change in Pakistan, supplemented by Mumbai terror attacks, spoiled the show for a historic breakthrough. Since the Mumbai attacks, higher-level formal talks between the two countries have effectively clogged up, pushing the relations to a state of standstill.

Now the question arises as to why talks have collapsed.

The answer to this “why” can be found by bearing in mind the reservations of both sides towards each other.

Let us begin with the Indian side’s reservations:

The 2008 Mumbai attacks were another opportunity that India availed ingeniously to its own advantage. On one hand it presented itself as the victim of terrorism while on the other it refused to talk to Pakistan, setting the precondition that Pakistan should curb its support for militant groups operating in Kashmir. In fact, Pakistan had already curtailed its support for these groups in 2003-2004, attracting their ire and leading to a steep decline in incidents of violence in the occupied valley.

However, India is not content with Pakistan’s actions and any violent incident happening in the Kashmir valley is hurriedly blamed on Pakistan without any solid proof or evidence.

Pakistan’s ever precarious civil-military relations: India has long been claiming that the actual driver of Pakistan’s foreign policy is its military and there is nothing to gain from talking to “helpless” civilian governments. Moreover, they believe that it is the military-dominated intelligence apparatus of Pakistan that has been using various militant groups “to bleed India to a thousand cuts”; and that as long as military is at the helm of affairs in Pakistan or, at least, it doesn’t change its approach towards India, a breakthrough in the dialogue is unreachable.

Given the Pakistan Army’s unrivalled influence over important affairs of the country in the past, the Indian point of view carries significant weight. In fact, civil-military relations imbalance had been a major impediment in the way of Pakistan utilizing its maximum potential in various domains.

It is pertinent to mention here that the freedom movement in Indian Occupied Kashmir is not motivated by any foreign agenda. In, fact, these are the long implemented policies of suppression and exploitation by the Indian government that are causing resentment among the local population; and as per the admission of prominent Indian analysts, “India has lost Kashmir”. Instead of identifying the root causes of turbulence in Kashmir, Delhi has been concentrating on using excessive force besides throwing more money at the problem.

Under Congress rule, Kashmir remained an agenda item for talks between India and Pakistan; but after the arrival of the BJP regime in New Delhi, a shift in Indian policy with regard to Kashmir is evident. Under Modi, India has refused to accept Kashmir as an issue between India and Pakistan. They cancelled talks when the Pakistani High Commissioner met with Hurriyat leadership for consultations, while Pakistan’s statements condemning the barbaric state terrorism in Kashmir was labelled as interference in the internal affairs of India. This intransigent attitude of the Modi government on Kashmir issue forms the major hurdle for a diplomatic breakthrough.

Despite the above mentioend concerns, Pakistan never refused to talk to India. However, these frictions have strengthened the narrative of hardcore elements in Pakistan besides making anti-India slogans part of political discourse.

However, during the past couple of years, certain developments have unfolded that have opened a window of opportunity for both sides to engage in meaningful talks and resolve all the outstanding issues, with Kashmir being the central one.

Bajwa Doctrine and an apparent shift in Pakistan Army’s policy towards India: In March 2018, Pakistan’s Army Chief Qamar Javaid Bajwa, held a meeting with senior journalists. During this gathering, he shared his worldview with the participants, later labelled as the “Bajwa doctrine” by the Pakistani media and subtly endorsed by ISPR, military’s ever-active media wing.

Although the Bajwa Doctrine covers a long range of issues, its three important aspects with their practical manifestation are appropriate to mention here:

Pakistan showed a proportionate and sensible response to various Indian provocations, particularly during the Pulwama crisis. During this crisis that could have easily pushed both sides to the brink of a nuclear exchange, the mature response by Pakistan met with global appreciation. This manifested change rebukes India’s long held belief that the Pakistan army holds a hawkish attitude towards it and would sabotage any peace overture.

Though the democratic process has now sustained for more than a decade in Pakistan, it has always been marked by continuous frictions between the uniformed personnel and their civilian bosses. However, after the instalment of Imran Khan’s government, Pakistan entered into a new era of harmonized civil-military relations. This landmark development indicates a shift and invalidates India’s claim of “helpless civilian governments”.

In 2017, Pakistan launched Operation Radd-ul-Fassad to eliminate the residual threats of terrorism from the country. Hundreds of Intelligence Based Operations (IBOs) were conducted besides making efforts to curb terror financing. Moreover, under this drive, those groups that were previously linked with militancy in Kashmir and formed the major concern of India, are being dismantled. The government has moved on to arrest their leadership besides taking control of their charity works, religious seminaries and other associated organizations.

If the above-mentioned developments are analyzed objectively, it can be inferred that Pakistan, in its own interest, has taken and is taking some drastic steps that also address the accusations of India. These landmark developments provide a ray of hope for a breakthrough in Indo-Pak relations, despite the fact that most of the Pakistani apprehensions remain well in place and there is no sign of cordiality from India.

In fact, it was Pakistan itself that defeated Indian sponsored terrorism after rendering tremendous sacrifices, while its geostrategic location proved to be too domineering a factor for global players to ignore it; consequently, this frustrated all Indian efforts to push the country into diplomatic isolation.

However, here lies another question: will it be possible for PM Modi to reciprocate the positive gestures made by Pakistan after taking such a hardcore stance during his election campaign to gain popular support?

The answer may not be that simple. Undoubtedly, Modi is not prudent and sagacious like Atal Bihari Vajpayee, who, despite all the odds, travelled to Lahore in 1999; but Modi is surely a person who can embark upon an initiative, even if it is a complete deviation from the previously practised policy. Yes, he would face tremendous domestic opposition but it can be only a person like Modi who belongs to a right-wing political party and has just been reelected with a landslide majority. If Modi reaches out to Pakistan, he can avoid being branded as a “traitor”, unlike some of the secular parties that are more prone to such allegations. Even if PM Modi concludes an accord over Kashmir with Pakistan, the root cause of all the anxieties in South Asia, he can have scores of reasons and numerous supporting elements in the Indian media to endorse his overtures.

In fact, a breakthrough in Indo-Pak relations can be the right opportunity for PM Modi to address the prevailing fanaticism in Indian society, which is now leaning towards fascism. This growing polarization can be fatal for a society as diverse as India, as it ultimately places the integration of the whole nation at stake.

There is no doubt that Pakistan’s civilian government, as well as its armed forces, are sincere in their resolve to initiate talks with India because of the fact that they consider regional peace and stability to be a prerequisite for economic prosperity.

Now the ball is in India’s court. Hostilities with neighbors hurt countries very severely. What India and Pakistan have availed out of 70 years of animosity, is frustration, destruction and impairment. If this available opportunity is missed, hardcore elements from both sides would prevail and the whole region would be at the mercy of zealots wielding Nuclear weapons and unacquainted with the concept of deterrence. So, PM Modi should let sanity prevail.

Print PDF Uzbekistan is one of Afghanistan’s smallest neighbours, with a much smaller population compared to Pakistan or China, and a very short border. But it is playing an outsized role in ongoing negotiations to […]