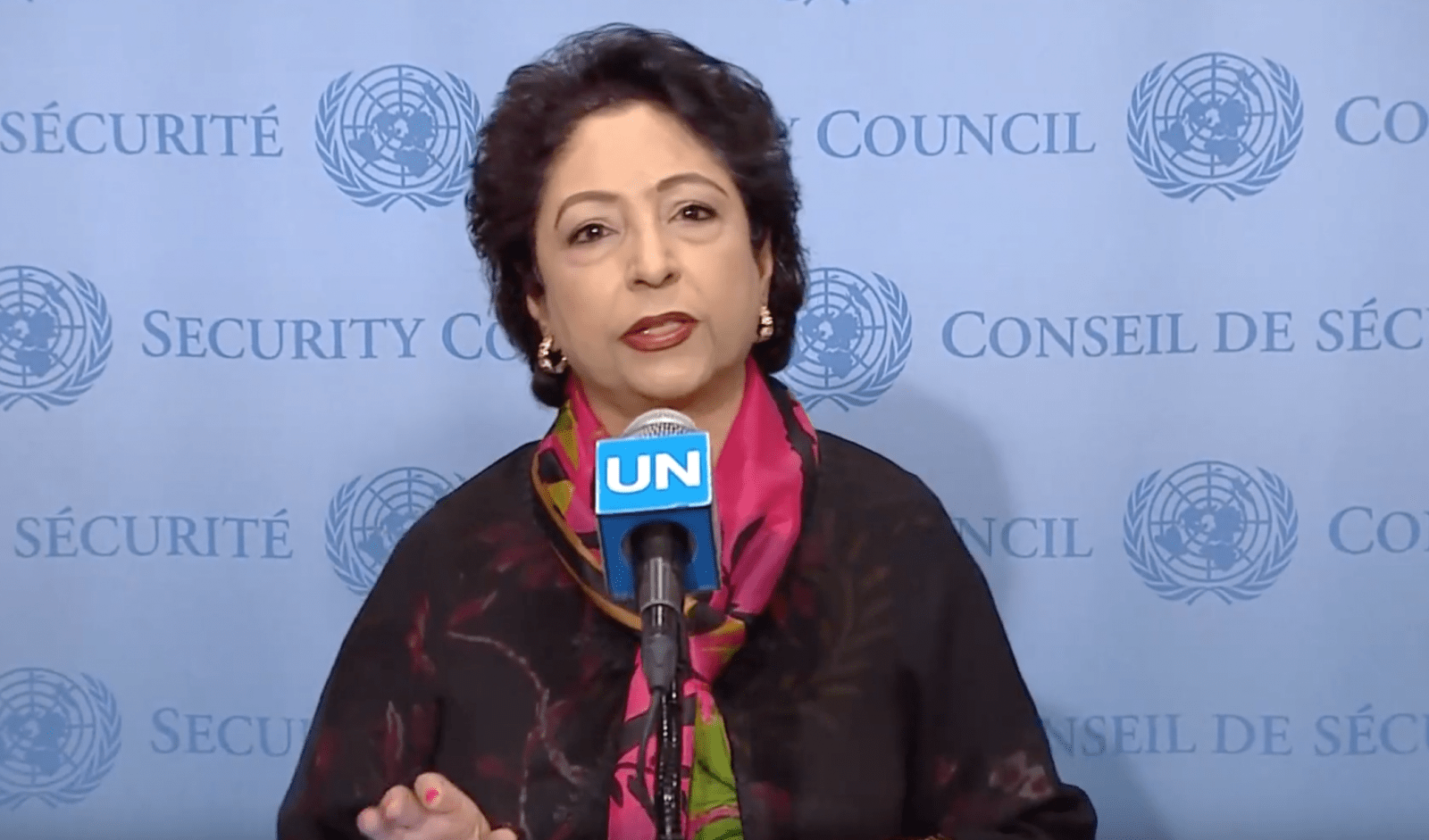 Flaming tensions have been the hallmark of India-Pakistan relations. Of the many sources of contention between both states, Kashmir stands out as the most prominent one, for which both states are on the verge of another conflict. Modi has set the stage for a turbulent South Asia and has steered two nuclear states to the brink of another conflict.

The abrogation of Article 370 without discussing it with the Kashmiri leadership, or even in the Indian parliament, has demonstrated the fascist ideology that Modi is keen to adhere to. When the curfew was imposed, it was expected that it would be lifted on Eid ul Adha. However, two complete weeks have witnessed a complete blackout with sizeable number of Indian troops stationed throughout the occupied area. Easing the curfew for the Friday prayers led to an enormous number of Kashmiris to protest against the betrayal that they had encountered. The video released by BBC showed a trailer to the BJP government of what they have gotten themselves into. Even some sections of Indian media have shown videos of how discontented Kashmiris are at the moment. Despite calls saying that everything is under control, Kashmiri leaders are still in detention and curfew is still imposed.

Internationalization of the Kashmir issue

Modi miscalculated the results of his actions as he was under the delusion that the world will not give heed to Pakistan’s appeal for the international community to peek into the doings of the authoritarian regime, and consequently, the issue will remain muted. Following the abrogation of Article 370 by the Indian government, Pakistan intensified its efforts to highlight the misadventure that India is scheming, the vital task of which, was to bring the attention of UNSC to the respective issue. Pakistan dispatched a letter to the UN which stated that India’s recent actions “pose a threat to international peace and security, willfully undermine the internationally recognized disputed status of Jammu & Kashmir and violate the human rights of the Kashmiri people”

China backed Pakistan’s demand for the United Nations Security Council to discuss India’s decision of revoking Kashmir’s special status. The UNSC met on 16th August 2019 in closed consultation to discuss the situation in Kashmir. India attempted to forestall this meeting as it considered it a snub to its sovereignty.

The meeting convened and was summed up by China’s UN ambassador Zhang, who expressed grave concerns over the emerging developments and stated that “It is obvious that the constitutional amendment by India has changed the status quo in Kashmir causing tensions in the region.” He urged both India and Pakistan to “refrain from taking any unilateral action which might further aggravate the tension there since the situation there is already very tense and very dangerous,”.

The meeting achieved what Pakistan wanted it to bear out. Firstly, the international community addressed the issue of Kashmir after five decades. Secondly, this meeting nullified India’s claim that Kashmir is its internal issue. Likewise, the members reaffirmed the UNSC resolutions which called for a plebiscite. Most importantly, it internationalized the issue and showed the world the actual face of the so-called “world’s-largest democracy”.

Modi himself has played a crucial role in the internationalization of the issue, which was shoved into a corner a long time ago. China has openly condemned the move, the U.S. has not endorsed the Indian action, Britain has criticized it, Turkey has welcomed the UNSC consultation on the issue and has urged the UN to play an active role to de-escalate the issue according to the resolutions passed, OIC has demanded that India ease the clampdown that has been imposed, EU lawmakers have urged the UN to intervene in the Kashmir issue and NGOs, such as Amnesty International, have highlighted the human rights violations in Kashmir. Likewise, there have been protests in various cities such as Washington, Paris and London in which a large number of people showed solidarity with the Kashmiri people.

When Prime Minister Imran Khan came into power, he signalled to India in his very first speech that Pakistan wants peace. The Kartarpur initiative was the initial step in this direction. However, President Modi, enthralled by his Hindutva ideology, seeks only to appease his like-minded. Therefore, he is taking every step deemed necessary to transform India into a Hindu empire. Modi’s recent actions in Kashmir are going to damage India-Pak relations.

With the Pulwama incident in February this year, India-Pakistan relations have found a new low. The Balakot strike, Pakistan’s retaliation, and shooting down of the Mig-21 has severed relations to a drastic level. Following the incident, there has not been any engagement between the two states, despite Pakistan’s repeated offer to resume talks. Indian acts in Kashmir will be a massive blow to bilateral relations.

Moreover, what has fueled the scenario even further is that in order to divert attention from the atrocities that India is executing on the Kashmiris, the Indian armed forces have commenced firing across the line of control, further escalating tensions. This act has indicated to Pakistan that the Indian government is not in a mood to mend relations, rather it is inclined towards its expansionist aims in the region.

All these events are taking the relations to a stage where there would be little room for any re-engagement. Following this unconstitutional move, Pakistan asked India to withdraw its high commissioner and also stalled sending its envoy to Delhi. Pakistan also decided to close its airspace for Indian flights. Likewise, suspension of trade, ending the bus service and banning Indian content are also some of the measures taken.

On Friday, August 16, the Indian defence minister, Rajnath Singh created a new debate. While talking to the Indian media at Pokhran, Singh stated “As far as our nuclear policy is concerned, our policy has always been ‘no first use’. However, what happens in the future, depends on the circumstances.” This statement comes amid towering tensions between India and Pakistan, which makes it quite obvious that the sole target of this message is Pakistan.

Over the years, this policy has been diluted as there are many in New Delhi who are sceptical towards India’s No First Use policy and have made statements which reflect their discomfort with the policy.  By reiterating this stance now, the government of India has signalled that it can put this policy aside anytime. This is not a surprising development taking into consideration the towering amount of investment that India has made in precision-strike conventional, nuclear, and ballistic missile defence. Moreover, since 2003, India has diverted more resources to the development of an arsenal that surpasses the element of Credible Minimum Deterrence.

The comments from the defence minister, coupled with India’s capabilities, are signs that New Delhi can launch a pre-emptive attack on Pakistan, thereby triggering a nuclear war which will be apocalyptic for the whole region.

India has openly demonstrated to Pakistan its lethal ambitions. The fundamentalist regime is committed to executing new experiments and has challenged the world with a nuclear war. This vindicates Pakistan’s position, who never believed that India’s NFU was credible in the first place.

Rajnath Singh has also made a statement on Azad Kashmir stating, “If talks are held with Pakistan, it will now be on POK (Pakistan Occupied Kashmir).” Similarly, union minister Jitendra Singh, also endorsed the defence minister’s statement by saying, “After this historic step, let us move forward with a positive thinking of freeing POK from the illegal occupation of Pakistan and making it an integral part of the country”.

The exchange of assaults, both verbal and on ground, will remain active in the coming times. It is quite possible that in the next few weeks India might trigger a conflict with Pakistan over Azad Kashmir as the baffled government has gotten itself into a quagmire in the Indian Occupied Kashmir and needs a way out. Imran Khan is rightly raising his voice to the international community that this Hitler-in-the-making is a severe threat to international peace and security. His action is steering South Asia to a nuclear confrontation and the repercussions of his actions would be way more intensified then those of Hitler’s.

This year will mark a new episode in the Indo-Pak relations and will be remembered as the one which was a final assault on the little-remaining hope of stable relations between both countries. At the moment, Pakistan has a very sensible government which has demonstrated on all avenues that it wants peace and has circumvented the prospects of a full-fledged war with India, yet at the same time it has exhibited its capability to respond back. However, hawkish Indian leaders led by the Eastern Hitler don’t consider peace as their priority and will pay its price in the future.

Repercussions and Options for Pakistan after US Withdraws from Afghanistan

Print PDFThe fate of war-torn Afghanistan is perhaps at the most critical watershed moment in its modern war history. It is feared that if at this moment, the course goes even a bit astray, its […]