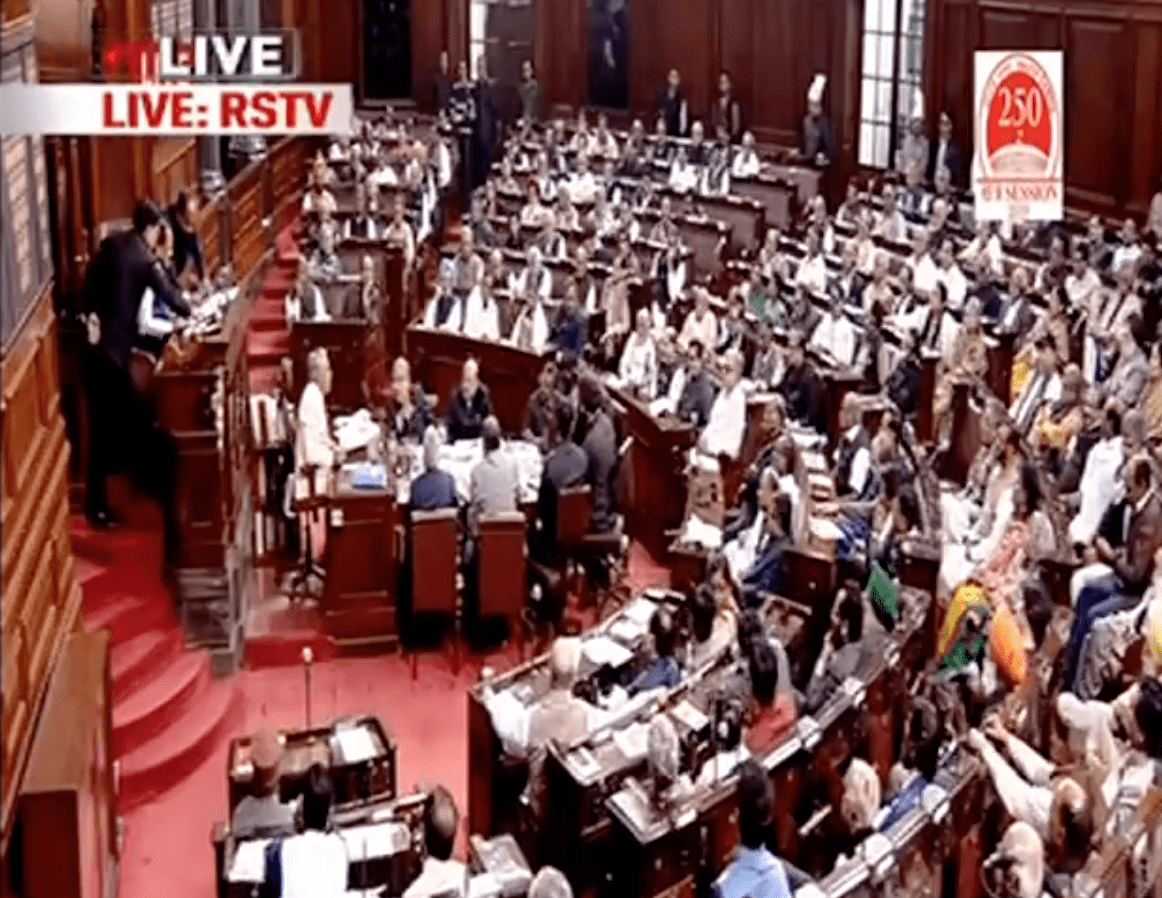 During the struggle for independence, Gandhi claimed that all Indians belonged to a single nation to which Jinnah responded: “Hindus and Muslims brought together under a democratic system can only mean Hindu Raj.” The recent events in India have validated Jinnah’s ‘two nation theory’ and have demonstrated that he was right after all.

Prime Minister Modi, backed by his Bharatiya Janata Party (BJP), has attempted to consolidate Hindu domination in India. The controversial decision to abrogate Article 370 and the Supreme Court’s contentious verdict on Babri Mosque did raise international furore in some quarters, but the most recent Citizenship Amendment Act (CAA) has shocked Muslims and the international community.

Under the Citizenship Amendment Act (CAA), 2019, refugees belonging to the following religions of Hinduism, Buddhism, Christianity, Sikhism, Jainism and Zoroastrianism, who were compelled to flee from the neighbouring countries of Pakistan, Afghanistan, and Bangladesh to India, and had entered before or on 31st of December 2014, would be eligible to fast-track Indian citizenship. Muslims were excluded from the list on the basis that they could not be victims of religious persecution in countries which have a Muslim majority. The law comes as an amendment to Citizenship Act of India, 1955, which was free of such preferential clauses.

The law is consequential not because of what it is, but what it represents. BJP, drunk on Hindutva ideology, has gone so far as to dismantle the doctrinal foundation of the Indian constitution; the foundation that rested upon Gandhi’s vision of secularism and religious pluralism. The principles of secularism, if not in practice, were upheld at least by the constitution and the law till now. The new law undercuts the ideological underpinning of the Indian nation and paves the way for polarization of the polity.

The CAA, like other amendments in the constitution by BJP government in recent months, is aimed at political marginalization and economic suppression of the Muslim community in India. The fact that this law will alter the demographic outlook of the nation makes it more outrageous. Jinnah often used the term ‘numerical minority’ in reference to Indian Muslims, as they were neither a minority before partition, nor are they a minority now in any real sense of the term. There are more than 200 million Muslims in India who identify themselves as Indian.

The law is being compared to Myanmar’s 1982 Citizenship Law where Rohingyas, who were also Muslims, were stripped of their citizenship on the basis of ethnicity and religion. Under the law, citizenship was accorded to those races who were supposed to have settled in Myanmar before the British occupation. As mass migration of the Rohingyas to Myanmar was supposed to have taken place during the British era, hundreds of thousands of Rohingyas were rendered stateless after implementing the citizenship law. Many of them were displaced and forced to flee because of the police and the mobs. The law has served as a source of violence and instability in Myanmar to this day.

The role of Muslims in India’s national power structures has already been disproportionately lower than their numbers. The implementation of CAA will result in a decline in the ratio of Muslims in the Indian population. However, it is not just the Muslims who are having a hard time accepting the law; different tribes and communities, including Hindus, are indignant. The refugees, regardless of their faith, are considered a threat by the natives; a threat to their identity and social integrity. Thus, they have demanded exodus of all refugees for decades, be they Muslims or of any other religious community. The new law brings with it the prospects of these refugees acquiring citizenship.

Resentment against the new law is being vented through nationwide protests. The Indian government’s response has been disproportionate, unwarranted and counterproductive. They have responded with curfews, internet shutdowns, brutal use of force and an infamous protest ban. The media has reported a number of casualties and thousands of detentions. Despite that, the protests have continued unabated.

State-sanctioned discrimination has served to fume communal tension. There are reports of Muslim students being cursed and beaten by the police. The same students were ridiculed for their religious beliefs by pejorative terms like ‘khatana’ meaning ‘circumcised’. It is important to note that as a result of the law, around one million Muslims will be rendered stateless. Disenchanted and dejected, they will be prone to radicalization presenting a threat to the Indian society.

BJP’s Hindu nationalist rhetoric has not only been successful at fomenting hatred between Muslims and Hindus, but it has also led to discord within the Hindu community along extremist and moderate lines. The legitimacy of the BJP government has been put to the test. The law has come as the biggest challenge to Modi’s leadership. His actions are being criticized by the Muslims as well as the liberal circles in the Hindu community. The situation has provided the opposition with a chance to question his authority.

The implications of the law are not merely social or political, the crisis has emerged during the lowest economic growth in six years. Factories have closed down, business activities have slowed, and thousands of workers are protesting on the streets. The result is low GDP growth and job losses. The law has resulted in social turmoil and political agitation in the form of violent protests and political wrangling. Social unrest, political instability, and economic uncertainty, which have ensued from the law have the potential to rip apart the social and political fabric of India. Also, the law has razed to the ground the democratic credentials of the Indian constitution.

For centuries, coexistence and cooperation were the defining features of the Indian culture. India is a land of multiple ethnicities and only an all-embracing Indian identity can hold them together. Modi’s divisive strategies have the tendency to erode the social and territorial cohesion of India.

About Tooba Ghaffar 2 Articles
Tooba Ghaffar is working as a Research Associate at the Center for International Strategic Studies, Islamabad. The author can be accessed at [email protected]

Print PDFIndian Union Budget 2020-21 worth 2.9 Trillion US $ was announced on 1st February 2020. With the economy hitting a six-year low GDP growth, Union Finance Minister Nirmala Sitharaman presented a budget that focused on raising the purchasing power […]

Print PDFWhile COVID-19, the deadly Pandemic has unravelled the socio-economic foundations and norms of the international community not much has been said about the complications it has created for the militaries around the world. Military […]

When India Tested a Nuclear Device on Its Citizens

Print PDFOn May 18, 1974, India claimed that it had successfully tested a nuclear device, codenamed “Smiling Buddha” and became the sixth nation to have exploded a fission device. The test was conducted exactly four […]