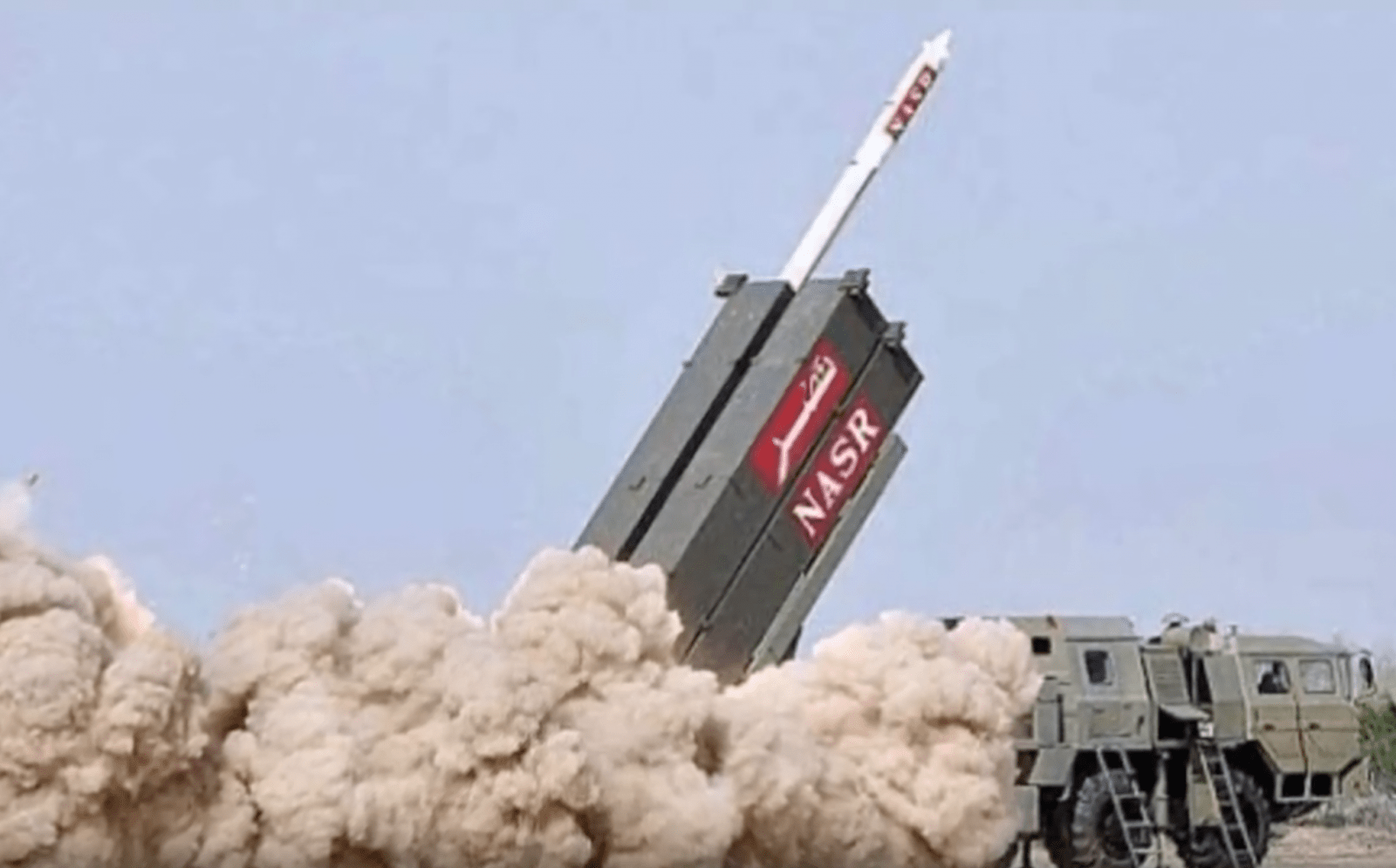 At first glance, it sounds like a great and simple idea. Any nuclear-weapon use would be a catastrophe: it would break the ‘nuclear taboo’ and have, in many scenarios, terrible material, human and even environmental consequences; however, if all nuclear-capable countries committed themselves to a ‘no-first-use’ (NFU) posture, then the risk of such an event would be drastically

reduced. However, I believe that the potential costs of no first use far exceed its hypothetical benefits.

My first argument is that the benefits of no-first-use postures are overrated.

The idea that if two countries adopt a NFU posture, then their nuclear deterrence relationship would be stable is questionable: it is unlikely that both would believe the other is sincere. This is unlikely. One doubts, for instance, that the Chinese or Indian leadership both imagine that that the other party would be constrained by a no-first-use doctrine if it believed that the first use of nuclear weapons could save it from defeat or destruction.

An alleged benefit is to reinforce the nonproliferation norm. But can one believe that Pyongyang or Tehran would feel reassured by Western NFU statements and that such policies would contribute to a downgrading of their own nuclear ambitions? During the Cold War, the West did not take Soviet NFU statements seriously. I doubt that governments that see the United States and its allies as adversaries would believe our own. And does the nuclear-proliferation risk today stem from Western nuclear policies? There are good reasons to think that conventional superiority matters much more. Even more importantly for the purpose of non-proliferation norms, why would Non-Aligned Movement countries consider that nuclear-weapon states would feel bound by no-first-use commitments if and when push came to shove? Some would, but others would not, and given the amount of misperception and sometimes paranoia regarding Western military policies in general, they would be many. The non-proliferation value of a no-first-use commitment would be limited.

As per the idea that if all nuclear-capable countries adopted a no-first-use policy, nuclear disarmament would then become feasible, it is a highly theoretical construct that bears no relation to the real world.

When some argue that first-use options encourage other countries to follow suit, they cite the example of India who, when adopting a NFU policy, did not want to be seen as morally inferior to China. But nuclear doctrines are hardly a matter of fashion. They are primarily driven by security interests and technical capabilities. More often than not, the same causes produce the same effects. Other countries’ doctrines are used essentially as legitimizing factors. New Delhi abandoned its NFU declaratory policy in 2003 for fear that Pakistan or China could use chemical or biological weapons in the course of a conflict against India despite their ratification of the relevant conventions.

Critics also claim that NFU closes the ‘commitment trap’. For instance, the United States might feel compelled to use nuclear weapons in case of a failure of deterrence, to maintain its reputation as a guarantor. But why would there be such a trap as long as there is no promise of a guaranteed nuclear response? That is precisely the point of ‘calculated ambiguity’ (a declaratory policy choice also made by the United Kingdom and France, albeit in different forms). Moreover, one hardly believes that an American president would see ‘reputation’ as the major reason to take the most dramatic military decision a Western leader has had to take since 1945.

Finally, the strongest possible case argument NFU is its reversibility at any time, including in crisis time. Since the end of the Cold war, the United States and Russia changed their first use criteria, for instance. To be sure, some countries’ forces can be configured in a way that suggests they have a preference for second use; few of them, however, if any, would not be physically able to use nuclear weapons first. Thus those who allege that a NFU posture would lower its adversary’s nuclear use threshold (and decrease its incentive to strike first) make their case on very thin ground.

My second argument is that the costs of no first use are significant.

One reads and hears that nuclear-armed countries do not need nuclear weapons to deter non-nuclear mass destruction when they enjoy conventional superiority over their adversaries. But nuclear weapons are special: they can obliterate a country’s vital installations in a few minutes. Because of this ability and of some of their effects (radiation), they scare leaders and populations in a way that classical weapons do not. As the saying goes, in every French village there is a monument to the failure of conventional deterrence in 1914.

NFU policies signal to those adversaries who would take such a commitment seriously that they could do anything to the other party without ever facing the risk of a nuclear response, using chemical weapons against forces on a battlefield, raining down conventional ballistic missiles on homelands, or launching biological munitions against populations. NFU as a declaratory policy could bring more nuclear stability if it was adopted by both sides and believed by both sides; but it might bring more instability at the non-nuclear level.

There is evidence of the value of nuclear weapons to deter the use of chemical or biological weapons. No country has ever used such means against a nuclear-armed adversary. Egypt used chemical weapons against Yemeni opponents in the 1960s, but refrained from using them

against Israel. Iraq used chemical weapons against Iran in the 1980s, but did not do so against coalition forces or Israeli territory in 1991. Perhaps one does not need nuclear weapons to effectively ‘punish’ a chemical- or biological-weapons aggressor (although a nuclear response may be the best way to restore deterrence if such use has caused massive casualties). But the argument here is mostly about deterring the next use of weapons of mass destruction, not about deterring those that may come after that.

As an action policy (as opposed to merely a declaratory one), a NFU commitment would be a severe impingement on what leaders cherish most in time of war: freedom of action to defend their country. It would also prevent a government which has adopted such a principle from striking preemptively at an adversary who has unmistakably demonstrated its intention to imminently launch a nuclear attack. Granted, such an extreme ‘damage limitation’ strike could only be executed in absolutely extraordinary circumstances. But it is only a slight exaggeration to say that a leader ready to forfeit it through a NFU policy is giving up the possibility of saving hundreds of thousands of his citizens.

It is sometimes said that NFU is possible for Western countries since no adversary would believe that a Western leader could use nuclear weapons for less than absolutely vital contingencies. But the US reaction to 11 September – as well as opinion polls on nuclear use scenarios – should give pause to anyone thinking that democracies are weak and cannot get very angry. More importantly, the argument can be reversed: an adversary could believe that public opinion would not have the stomach for a sustained, costly conventional bombing campaign aimed at eradicating a state’s ability to function. The first-use option induces a fundamental uncertainty in the adversary’s mind: you cannot calculate in advance the maximum cost of an armed aggression against the core interests of a nuclear-capable country.

Also, not only is there little if any non-proliferation benefit from NFU policies as seen above, but there would actually be costs. If allies covered by Western nuclear umbrellas saw such a policy shift as a reduction in the value of foreign protection, they could conclude that they should embark in their own nuclear programs.

The first use option is at the core of nuclear deterrence. For a nuclear-armed country, to discard it is to start eroding the very credibility of deterrence for uncertain and limited benefits.

Print PDF  Video of Wng Cdr Abhinandan Varthaman has given an interview of the events, how they happened before his release. See the video below.

Has America won in Afghanistan?

Print PDF “We do not negotiate with terrorists” -George W. Bush Since the American invasion of Afghanistan in 2001, and the subsequent joining of European powerhouses in combating the faceless and stateless terrorism, “we do […]