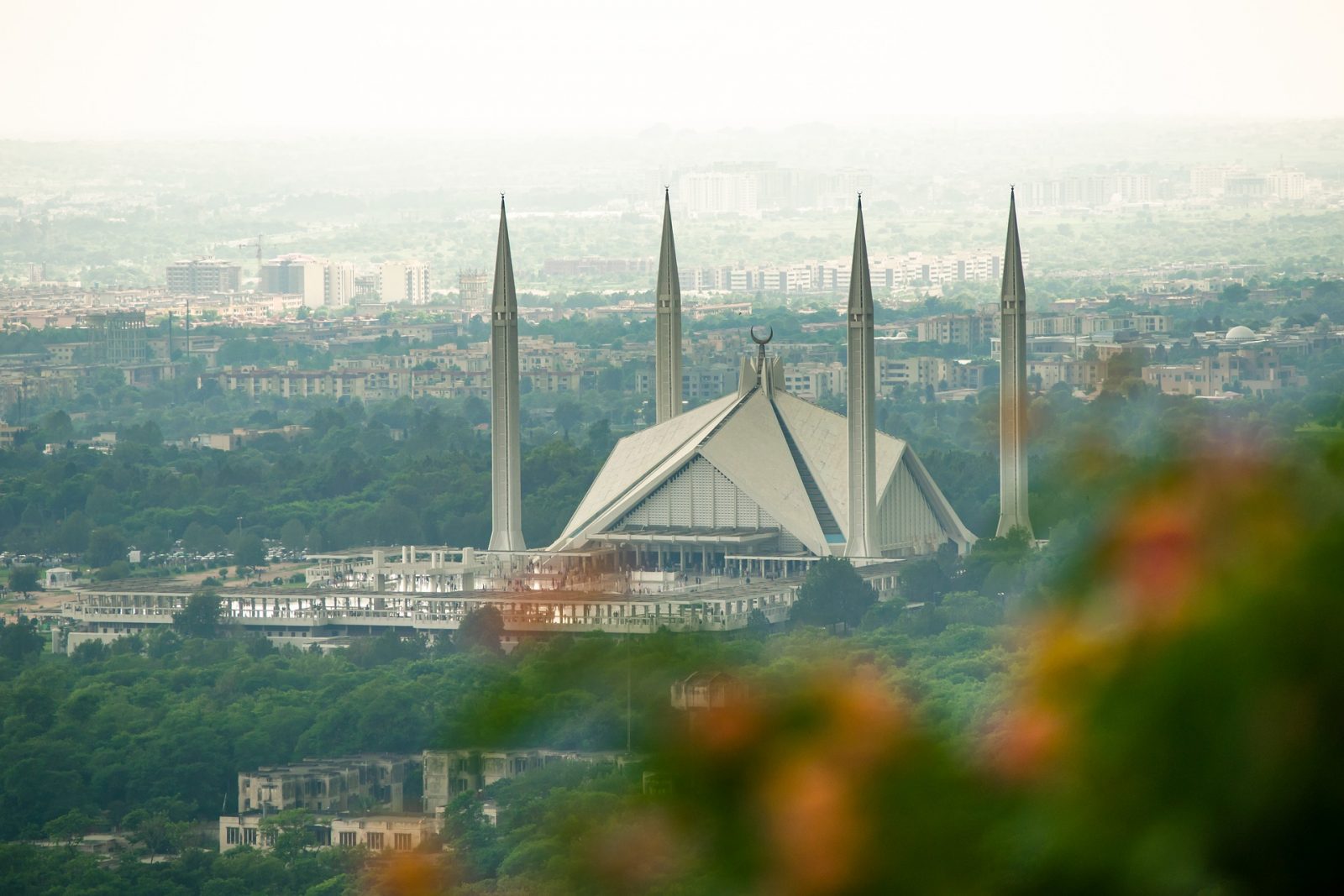 The 21st century is characterized by media revolution, technological advancement, and power politics central to specific narrative formation and streamlining of popular discourses such as “weapons of mass destruction”, “terrorism”, and,  “Islamophobia”. This has contributed greatly to the evolution of warfare. International societal construct has become a conflict zone brewing the global crisis by manipulating perceptions through media and digitalised deception, thus, contributing to the social psychology of the global community at large. This can be considered in view of Kurt Lewin’s Life Space Theory which comprises the individual and his psychological or behavioral environment as facts that affect the behaviour or thoughts of the individual at a certain point in time. Since globalisation has engaged the nation-states at all levels of interaction in the social hierarchy, media has become the driving force of the global society. For this purpose, the influence of media in general and social media in particular over the world populace in the present-day psychological and behavioural setting is unmistakable. This is being done by exploiting language to manufacture favourable perception. Words, in general, having diverse shades in the context of their usage, have the ability to intensify or shrink the impact of what is being conveyed. Along these lines, language weaponization takes place in the social media space in conjunction with the use of technology, artificial intelligence and cyber propaganda as instruments of strategy, which has been observed as a recent phenomenon to streamline designed cognitive deception.

This transformation of the nature of warfare based on ‘narrative formation’ and ‘popular discourse’ using media gives birth to a socio-cognitive phenomenon. This can be seen in the aftermath of the ‘war on terror’ in the 2000s that set the foundation of a global conflict based on deception and propaganda-driven narratives, stimulating the emotional state of people to produce prejudiced beliefs towards each other. This can be regarded in the context of the world in binary terms during and after the 2000s, in which the divide between the ‘self’ and the ‘other’, as well as the ‘Muslims’ and the rest of the world, can be observed. For this purpose, media, politics, and language are being used as means to influence the structure of societies, to shape the social-pulse towards a particular process, pattern or phenomenon in the social realm. This has been done by exploiting the socially victimised ‘soft-targets’ using Non-Government Organizations (NGOs) in general and media in particular to empower the narratives of feminism, freedom of speech, progressive liberalism, and the right to democracy, on one hand and ‘ethno-religious extremism’ on the other, to trigger civil unrest. When such intently designed narratives develop hegemony in the public discourse, they provide fertile ground to sow the seeds of socio-cognitive deception. This has been a success and it can be estimated through the comparison of the anti-war movement against the United States’ invasion of Iraq and Afghanistan; and with the protests against the wars in Libya, Syria, and Yemen, which are hardly recorded.

Pakistan, a victim of the war on terror, has been countering psychological warfare for decades. Media empowerment followed by ‘disinformation overload’ or ‘fake news’ is becoming a stimulus, inciting internal conflicts. For instance, the prevalent tactics are constructing ‘frames of reference’ and ‘narratives’ streamlining and prioritizing rather passive and pessimistic projections by presenting issues more than solutions concerning mainly the domestic state of affairs. In Pakistan’s socio-political setting, this can be determined in view of the absence of the ‘fact-checkers’ in the Pakistani newsrooms. Moreover, lack of objectivity and ‘hint-dropping’ practices quoting ‘sources’ to compete in the mad-race of ratings have been observed to be contributing to the socio-cognition of the audience. Similarly, the role of masses cannot be excluded in this process. With easy excess to social media, a frequent downpour of disinformation and misinformation may help to construct certain ‘frames of reference’, which if ascertained in some way or another in the context of developing events, attract support. In this way, certain influences can be asserted by such trends in the social media space. Along these lines, electronic media gets affected and becomes a key player in constructing narratives by ‘popularizing’ trendy discourse in social media. In consequence, media in general and social media in particular ultimately contribute to the construction of the ‘narratives’ of uncertainty, frustration, and confusion among the masses. This is threatening in the backdrop of national security because of the fact that social media played a significant role to involve people in the mass protests of 2019 around the globe.

Of Language and Media

Since social media employs language as a form of social practice, therefore, it is the contributors’ linguistic expressions that can be regarded as an impediment to the receptive ability of the masses. However, it is alarming that the sensitivity of this issue has not been observed to be in focus. Years ago, Benjamin Whorf and Edward Sapir, through the Linguistic Relativity Hypothesis, discussed linguistic manipulation in relation to the cognitive aspects of language use and the way it is being interpreted by the receiver. This has been ascertained by psycholinguistics that language and its usage influence our brain significantly in innumerable ways. In line with this, in a country like Pakistan, where reliable information sources are scarce, public reliance on electronic media comes up with an interesting observation that words are not solely the manifestation of different notions pertaining to socio-politics, socio-economics and socio-cultural settings attempting to communicate, but depending on language use, more attention is placed towards certain ‘facts’ versus others. This can be deliberated in the context of the same news reported by different television channels using diverse linguistic expressions with varied range of intensifiers alongside wide-ranging interpretive explanatory analysis. These subtle tones in word usage cause considerable perceptive transformations, eventually leading to various uncalled for engagements in a societal construct.

Language, inherent to social cognition, formulates the receptive ability of its users and influences decision-making, interactions, choices, and assessments. Besides, it is interesting that psychological warfare involves the human faculty specifically by streamlining the specialised content on media, in line with a strategic goal to influence the collective national perception. Thus, linguistic choices in word usage are significant contributors to developing or generating socio-cognitive preferences.

For all intents and purposes, this issue must be addressed by the concerned authorities. They must recognise that psychological warfare has not only entered our socio-cognition, it has also started working to alter the neural mechanism of the social fabric. This needs to be tackled by re-examining our priorities and by prioritising our ideological survival by using ‘fact-checkers’ in all media outlets in addition to devising policies in support of the ‘image building of Pakistan’. Moreover, qualitative and quantitative perspectives regarding media linguistics can be sought after to standardise language-use in media. Likewise, the initiation of a solution-based discourse centralizing Pakistan’s potential must be encouraged. Last but not the least, the prevalent situation necessitates the adoption of a legal standpoint concerning media in general and social-media in particular to counter the dis/misinformation phenomenon. This calls for drastic measures, realising the impact of linguistic manipulation through media, alongside its impact on psychological and social conduct.

Print PDFArticle published in Financial Express on Published: February 27, 2019 6:56 AM   Top US General calls his Pakistani counterpart, discusses current security environment General Joseph Dunford, the Chairman of the Joint Chiefs of Staff, on […]

To the Moon and Beyond

Print PDFSpace has traditionally been the domain of great powers, as the costs attached to space technology preclude smaller states from pursuits in this domain that are independent of major states. However, this is changing […]