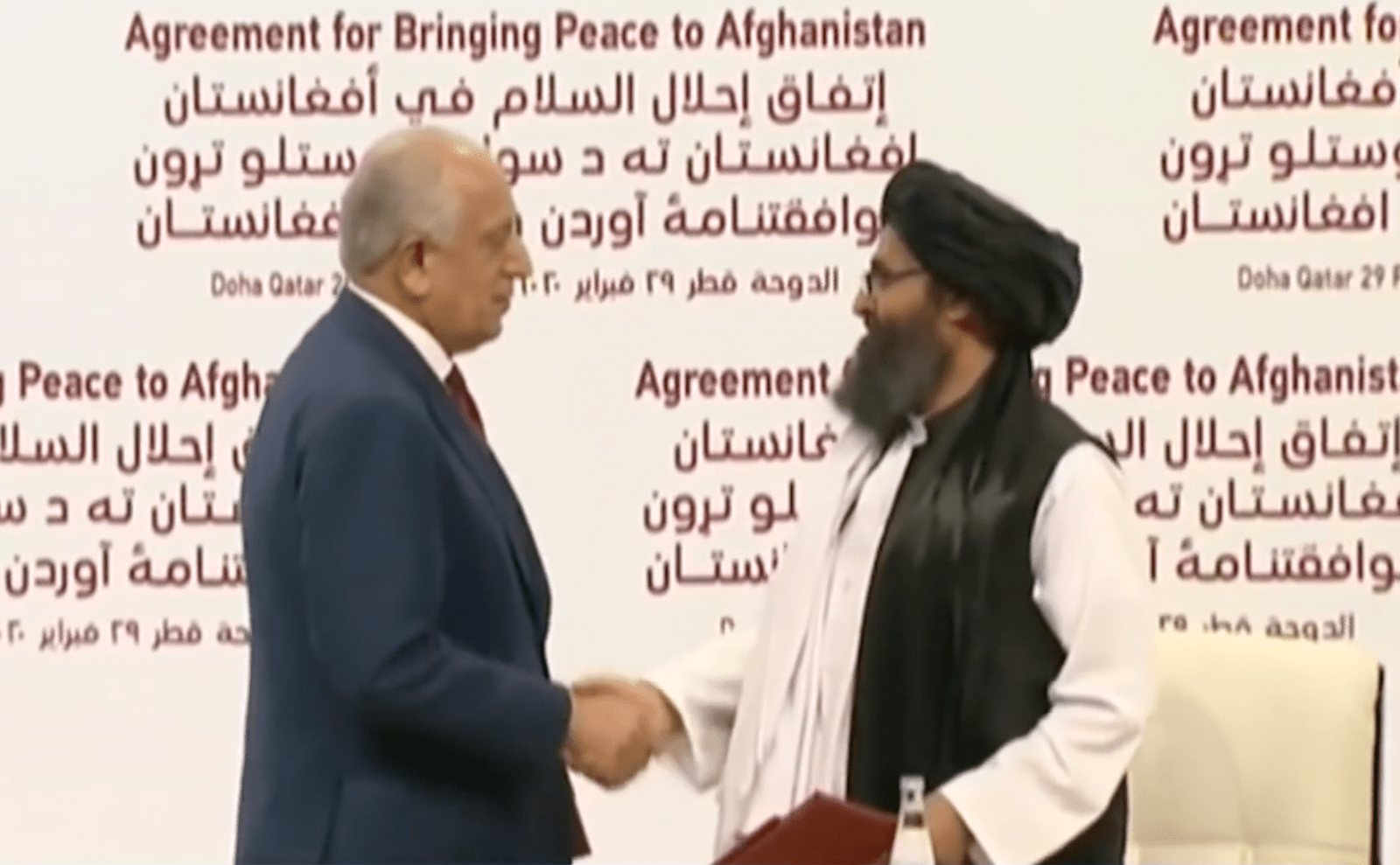 The US and the Taliban have finally inked the historic peace deal that aims to end the long-standing animosity between the two. All regional and extra-regional pacifists have welcomed this agreement, moreover, they have advised all the concerned parties to abide by all the clauses of this momentous agreement. But unfortunately, Afghanistan President Ashraf Ghani has categorically rejected the prisoner swap with the Taliban and argued that, the US doesn’t have any authority to intervene in the intra-Afghan negotiations, rather it was just a facilitator. Consequently, the Taliban fighters have started attacking the Afghan forces, which have not only affected the nascent peace process, rather it has multiplied the worries of all concerned facilitators, including Pakistan. Pakistan should keep a vigilant eye over all the changing dynamics of the region, in order to avoid untoward circumstances and safeguard its territorial integrity.

After a long period of conflict, both the US and the Taliban have signed an agreement for bringing peace to Afghanistan, in order to close the chapter of long-standing rivalries between them. It is important to highlight that the peace deal was inked by US special envoy Zalmay Khalilzad and Taliban political chief Mullah Abdul Ghani Baradar, in the presence of US Secretary of State Mike Pompeo as an eyewitness. While addressing the audience, Mr. Pompeo urged that the insurgents should keep their promise to cut their ties with Al-Qaeda . Similarly, on that auspicious moment, Mr. Baradar told the audience that the withdrawal of all foreign troops from Afghanistan, would bring the Afghan nation under the Islamic regime, consequently according to him, it would guarantee a prosperous life for Afghans. As per the peace agreement, within the first 135 days of the peace deal, the US would reduce its forces in Afghanistan to 8,600, while on the other hand, both parties were expected to exchange 5,000 Taliban prisoners and 1,000 Afghan security force prisoners respectively by the 10th of March.

Importantly, the Afghan President Ashraf Ghani publicly rejected the proposed timeline for a prisoner swap with the Taliban, moreover, he was of the view that the US doesn’t have the authority to publicize a prisoner swap with the Taliban without developing a consensus with Kabul. Furthermore, he told reporters that the mutual release of prisoners could be part of intra-Afghan negotiations, but it couldn’t be a precondition to negotiations. Moreover, he categorically stated that the Kabul government has made no commitment to free 5,000 Taliban prisoners before the commencement of the proposed intra-Afghan dialogue by the 10th of March. Also, he argued that the government of Afghanistan would take care of the perspective and self-will of the people of Afghanistan while developing any confidence building measure before the commencement of the intra-Afghan dialogue among different stakeholders of Afghanistan.

Meanwhile, after Ghani’s rejection to prisoner swap with the Taliban, the latter insurgent group started attacking the Afghan forces and killed at least 20 soldiers and policemen in Imam Sahib District of Kunduz. Similarly, the insurgents also attacked police in central Uruzgan province, where 6 police were killed and 7 wounded. Also, the Taliban had carried out 43 attacks at checkpoints in Helmand, throwing the nascent peace process into grave doubt. In order to disrupt the attacks, the US launched an airstrike against the Taliban fighters and defended the Afghan forces. In this regard, US Forces-Afghanistan Spokesman, Sonny Leggett tweeted that, “we call on the Taliban to stop needless attacks and uphold their commitments. As we have demonstrated, we will defend our partners when required.”

Also, in the wake of resuming attacks in the northeast of Afghanistan by the Taliban, Pakistan called on the Afghan government to abide by the prisoner swap clause in the US-Taliban peace deal. In the light of these new developments after inking the peace deal, Pakistani Foreign Minister Shah Mehmood Qureshi called on both the US and the Taliban to come to the negotiating table for the scheduled intra-Afghan dialogue, to be held later this month. Moreover, he advised and added that, “the US-Taliban agreement says that there will be an exchange of prisoners. Afghan President Ashraf Ghani should ask the US for an explanation of the agreement. According to my knowledge, Zalmay Khalilzad has been keeping the Afghan leadership updated on the negotiations. There has been an exchange of prisoners in the past as well. When you move from war to peace, you need to do these things to generate goodwill.”

It is important to take into consideration that inking the peace deal fuelled a power struggle among different factions inside Afghanistan. The Taliban started fighting against the Afghan forces, which not only created different hiccups to the nascent peace process, but also multiplied the concerns of all facilitators regarding the future administrative setup of Afghanistan. It is also important to highlight that Pakistan played a very crucial role of facilitator, in order to restore the peace in the region. Pakistan warned the US and Afghanistan to keep a vigil over the internal and external spoilers, who in one way or the other, would try to sabotage the peace process in Afghanistan. On one hand, Afghan President Ashraf Ghani rejected the proposed prisoner swap with the Taliban, while on the other hand, the Taliban declared war against the Kabul government. As mentioned earlier, being an immediate neighbour to Afghanistan and facilitator to the peace process, Pakistan should play a key role in bringing both sides (Taliban and Kabul government) on the negotiating table. If the spoilers succeed in sabotaging the intra-Afghan negotiations, it would be a massive distress to Pakistan in a way that would quadruple Pakistan’s countering measures in the region. In the light of these likely new developments, Pakistan should keep a sharp eye on all these dynamics in the region, which directly or indirectly affect the security architecture of Pakistan. Moreover, Pakistan should be alert enough to counter all destructive intentions of spoilers against it.

About Muhammad Shahid 1 Article
The author is an external researcher at SASSI University Islamabad, Pakistan. His research interest is the Pak-Afghan Relations; and its Socio-Economic Impacts on Tribal Belt (the erstwhile FATA). He is also interested in security issues as well as politics of Afghanistan, Iran, People Republic of China, India and Middle East. He has a bachelors in Regional Studies, and an MA in International Relations from University of Peshawar, KP Pakistan. The author can be reached at: [email protected]

Print PDFAs Imran Khan left for Washington to meet Donald Trump, there were high expectations back home that the visit would alter the nature of strained U.S.-Pak relations. On his return, the whole nation stands […]

Post COVID-19 World Order: How Di …by strafasia6 hours ago