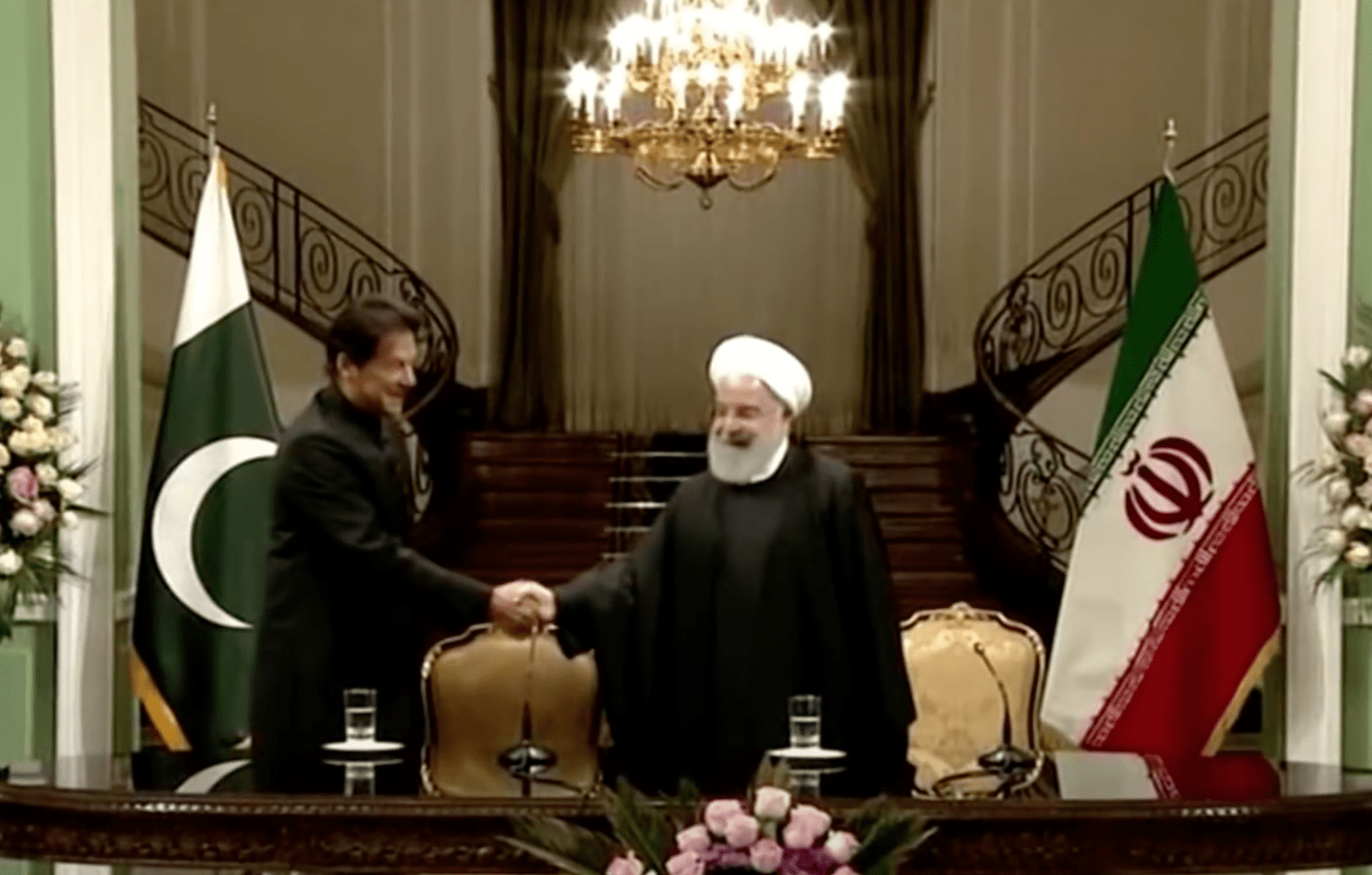 In foreign relations, it is common for states to switch affinities with friends and antagonists for the sake of national interest. The only solid aspect that cannot be altered is its neighbourhood. In light of the aforementioned facets, Pakistan believes in a positive relationship with all of its neighbours. But over time, numerous elements have deteriorated Pakistan’s ties with its neighbours, particularly with Iran. While the two neighbours shared friendly links earlier in their relationship, this has not been the case in recent history. Controversies such as the matter of Pakistan’s support for the Taliban government in Kabul in the 1990s and, recently, Pakistan’s support to the Gulf countries for safeguarding the territorial integrity of the Gulf region, degraded relations between Pakistan and Iran. It would be wise for Pakistan to find equilibrium and maintain brotherly linkages with both Iran and the Arab world, to serve its own national interest as well as for sustainable peace at home.

Pakistan and Iran remained good-natured friends for decades since Pakistan’s independence. Iran was the first country that recognized the independence of Pakistan from the British Empire in 1947.  Prime Minister Liaqat Ali Khan visited Tehran in 1948 and in return, the Shah of Iran made an official visit to Pakistan in 1950. These mutual visits strengthened the nexus between the neighbours. From the 1950s onward, Iran, as a secular and western-oriented state, remained a close ally and role model for Pakistan. Their bond strengthened further when both joined the Central Treaty Organization (CENTO), a security alliance formed by the US in 1955. Over the course of time, when Pakistan faced untoward episodes, Iran was the only immediate neighbour that extended its diplomatic assistance to Pakistan. The attachment was dramatically manifested in 1965 when the Shah of Iran positively specified to Indian authorities on the eve of the Indo-Pak war, “Iran has no aggressive intentions. But it will not accept any attempt to liquidate Pakistan”.

Although both Iran and Pakistan remained time tested compatriots for decades, elements like the takeover of central government at Kabul by the Taliban in 1996, the recognition of the Taliban government by Pakistan and Pakistan’s escalating agreements with the different offshoots of the Taliban, derailed relations between them. For the first time, the two states fell into ideological enmity. Pakistan extended its sympathies to the Taliban regime; meanwhile, Iran and India furthered their diplomatic and financial assistance to the Northern Alliance (an anti-Taliban coalition), which resulted in a diplomatic upset between the two neighbours.

It is also important to highlight that until today, Pakistan has been suffering through an energy crisis for the last several decades. Pakistan, in a bid to circumvent any further energy crisis, appeared to have found a solution in the idea of an Iran-Pakistan-India gas pipeline project, first proposed by Malik Aftab Ahmed Khan in the mid-1950s; Khan was a civil engineer at the Military College of Engineering, Risalpur Pakistan. The project was conceptualized in 1989. However, India withdrew from it in 2009, mainly because of the security concerns and the Indo-US civil nuclear deal in 2008.

The Iran-Pakistan gas pipeline project was an opening to fortify Pak-Iran relations and both neighbours arranged to ameliorate the energy crisis within Pakistan. But with time, the US imposed different penalties upon Iran and warned Pakistan to not proceed with the abovementioned project. In the near past, Tehran and Islamabad mutually agreed to extend the IP gas pipeline project for the next five years till August 26, 2024. The officials of the National Iranian Oil Company (NIOC) stated that Pakistan would be required under the agreement to complete the project within the aforementioned period, and in case of failure, Iran would take legal action against Pakistan, which could aggravate tensions between the two neighbours.

Similarly, in the year of 2016, tensions between Pakistan and Iran intensified when the Indian intelligence emissary Kalboshan Jadhav was arrested on 3rd March 2016 in Pakistan. He was stationed at Iran’s Chahbahar port by the Indian intelligence agency RAW for fueling the insurgency in Balochistan by supporting Baloch separatists and other belligerents. His mission was to undermine the very security architecture in Balochistan and derail the progress of Gwadar port. At that moment, the then Army Chief of Pakistan, General Raheel Sharif expressed to the visiting Iranian President that, “Sometimes [RAW] also uses the soil of our brother country, Iran. I request they should be told to stop these activities and allow Pakistan to achieve stability”.

Pakistan should prioritize its national interests and should assess its stance and links with both the Gulf countries and Iran. If the Arab countries can amalgamate and fortify their business and diplomatic ties with India, irrespective of Pakistan’s backing with the Saudi-led coalition in the Middle East, then Pakistan should establish a friendlier interconnection of the same magnitude with Iran. Pakistan should find a midway to carry on its equity-based linkage with both Iran and the Gulf countries under the umbrella of national interests. If Pakistan worsens its relations with the Arab world, it could adversely affect the Pakistani expatriates and, consequently, Pakistan’s economy in the shape of remittances from the Gulf states. By the same token, If Pakistan compromises its relations with immediate neighbour Iran, just for the US and the Gulf countries, it may exacerbate the tension between the two neighbours.

Pakistan should take into account the common physical border with Iran and the progress of the Gwadar port in the landscape next to Iran. It is need of the hour for Pakistan to cultivate more friendly relations with its western neighbours to inhibit volatility in Balochistan. Subsequently, progressive and effective relations with Iran may safeguard peace and stability in Balochistan, which consequently will cement the way for sustainable peace and economic integrity in Pakistan.

About Muhammad Shahid 3 Articles
The author is an external researcher at SASSI University Islamabad, Pakistan. His research interest is the Pak-Afghan Relations; and its Socio-Economic Impacts on Tribal Belt (the erstwhile FATA). He is also interested in security issues as well as politics of Afghanistan, Iran, People Republic of China, India and Middle East. He has a bachelors in Regional Studies, and an MA in International Relations from University of Peshawar, KP Pakistan. The author can be reached at: [email protected]

Print PDFIndia has long been trying to find a pretext for a false flag operation against Pakistan. A humiliating defeat in the hands of Chinese forces in Ladakh and Dokalam, its maltreatment of minorities, farmers’ […]

Print PDF“It’s good when the oppressed fight for their rights – as long as they do it away from us.” The young lady who made this statement earned my gratitude for her compassion and her […]