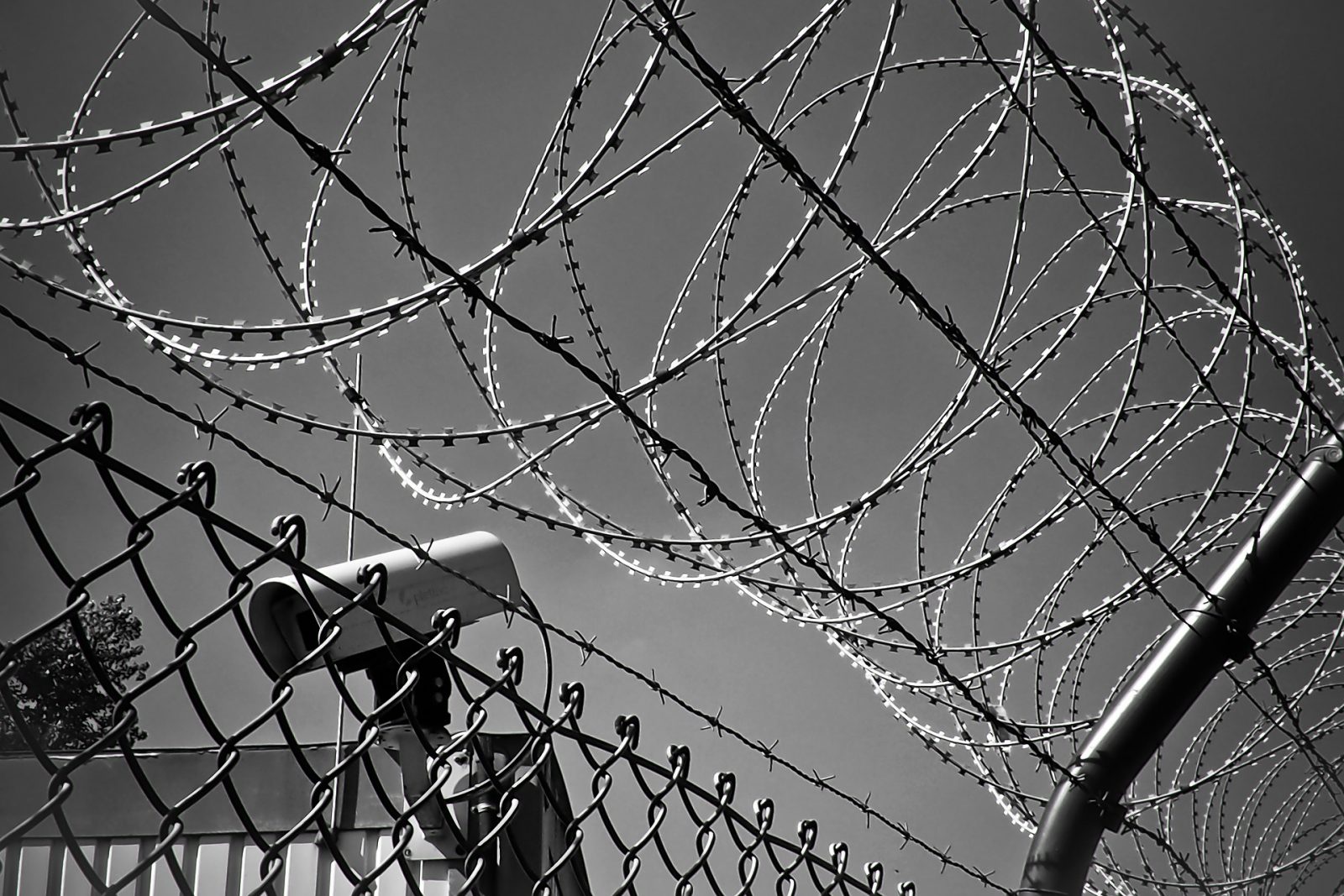 Over the past two months developments in Pakistan’s neighbourhood have intensified the security challenges confronting the country. Tensions with India over Kashmir could lead to a conflict between the two nuclear weapon states with devastating repercussions for the region and beyond. The Afghan peace process has stalled with renewed fighting between the Afghans on Pakistan’s western border. And the attack on Saudi oil installations blamed on Iran threatens the outbreak of war in the Persian Gulf. The fact that competing interests of the major powers are also involved in these crisis makes the situation in the region even more complex and dangerous. Nevertheless, these challenges also present unprecedented opportunities for Pakistan to protect and promote its security interests. Whether Pakistan will succeed in doing so will depend on its ability to pursue bold and sustained policies that leverage the situation and use its pivotal geo-strategic position to its advantage.

Indian annexation of occupied Kashmir has further intensified Pakistan-India tensions resulting from the military confrontation following the Pulwama incident in February 2019. The Indian attack on Pakistani territory at the time compelled a robust but restrained response by Pakistan. Since the confrontation did not escalate further, the logic of nuclear deterrence prevailed. But, this is now being once again severely tested with the Indian provocation of illegally annexing Kashmir in violation of its own constitution, UN resolutions and bilateral agreements with Pakistan.

The curfew and lockdown in IOK for over 60 days, enforced by more than 800,000 troops with draconian powers, mass arrests of innocent people including children, wide-spread human rights violations and use of torture and rape as instruments of policy, have completely alienated the Kashmiri people, even those who had collaborated with India. In this environment, the Kashmiri freedom struggle is bound to intensify, leading to even greater repression by Indian forces. Another Pulwama type incident is bound to recur which would lead to yet another round of Pakistan-India military confrontation. Already, there is virtually continuous exchange of fire between Pakistani and Indian troops across the LoC.

But the Modi government has badly miscalculated the results of its action. The Kashmiris have not accepted the change but have collectively revolted against it – and they cannot be held hostage for ever. Once restrictions are lifted, their rebellion will take over the valley. The Indian action has also been firmly rejected by Pakistan which has and will continue to highlight Indian repression internationally. Given the existence of nuclear deterrence, Indian resort to use of force to compel any change in Pakistan’s policy would fail. At the international level as well, there has been widespread criticism of the Indian action. The UN Secretary General and the High Commissioner for Human Rights have called for immediate lifting of the curfew, respect for human rights and resolution of the dispute with Pakistan.

China, whose own interests in Ladadh have been violated by the Indian action, has strongly opposed the Indian move and fully endorsed Pakistan’s position. Even the US, the key strategic partner of India, has called for resolving the issue and respecting human rights while offering to mediate a solution of the dispute between Pakistan and India. The international media, human rights groups, Parliamentarians and regional organizations like the EU and the OIC have also criticized Modi’s actions. As a result, Indian annexation of Kashmir has back-fired, leading to its internationalization at a level unprecedented over the last 70 years.

This provides Pakistan with a tremendous opportunity to push ahead for a solution of the long standing Kashmir dispute. It will take time and Pakistan should be prepared for the long haul. In doing so, it will need to pursue a bold and sustained policy while also assisting the Kashmiris in their legitimate struggle.

In Afghanistan, the sudden decision by US President Trump to call off the negotiations with the Taliban, which had been facilitated by Pakistan, has derailed the peace process in that country. Reportedly, the Taliban were ready to announce a ceasefire and initiate an Intra-Afghan dialogue following conclusion of the agreement with the US. The result has been an intensification in the Afghan fighting. The Taliban, who opposed the Afghan presidential elections, have also demonstrated their clout by ensuring the extremely low turn-out in these elections.

Since there is no military solution in Afghanistan as the last 18 years of fighting demonstrates, Pakistan has called for resumption of the American-Taliban talks and arranged an informal meeting between the two sides. However, so far the US establishment and the Kabul government remain opposed to this dialogue and were instrumental in de-railing this process, even though suicide attacks by the Taliban in Kabul are blamed for their discontinuation. It remains to be seen whether Trump, who has promised withdrawal of US troops before his re-election in 2020, will continue to be driven by his establishment or decide to resume the dialogue in order to fulfill his electoral promise.

In any event, Pakistan’s role will remain crucial. Not only will the US continue to rely on Pakistan providing access to its troops in Afghanistan as well as its counter-terrorism cooperation, but will also play a key role for resumption and successful conclusion of the Afghan peace process.

The Saudi-Iran confrontation creates difficulties for Pakistan as it seeks to maintain good relations with both countries. Any conflict between them would also create domestic tensions within Pakistan as such a conflict would have sectarian overtones.

But given the fact that Pakistan maintains good relations with both sides, it is also uniquely placed to try and play a positive role and reduce if not resolve Saudi-Iran tensions. Not just the two countries but the US as well have asked for Pakistani mediation and for good reason. In the past, Pakistan’s reluctance to play such a role has been due to the fear of failure. But then, no one else has succeeded and more to the point, it is worth trying. Accordingly, Prime Minister Imran Khan’s efforts in this regard are a welcome change in Pakistan’s policy. In the existing geo-political environment, he may well succeed. At least he cannot be blamed for trying. All other options are fraught with problems.

At the global level, Pakistan’s relations with China have assumed an even greater significance in the context of the growing rivalry between the US and China. As the US moves closer to India to use this “strategic partnership” against China, the significance for China of its relations with Pakistan greatly increases. This was clearly evident in the outcome of the Prime Minister’s recent visit to China which, in a deliberate Chinese move, sent a clear signal to India before the forthcoming Sino-Indian Summit meeting. The Pakistan-China relationship, symbolized by CPEC among other multiple areas of cooperation, is a clear advantage for Pakistan. It is also a manifest recognition of Pakistan’s pivotal geo-strategic location. In the prevailing situation in Afghanistan and the Gulf, this location and Pakistan’s role, are also important for the US. As a resurgent power with interests in this vital neighbourhood, Russia too has significant reasons for strengthening relations with Pakistan.

In view of all these regional and global factors, Pakistan is well positioned to leverage these factors to protect and promote its security interests. While there are immediate challenges that Pakistan confronts, there are also opportunities that it can exploit to its advantage. This will require a comprehensive and long term policy to maximize the opportunities and minimize the challenges.

Is Afghan peace a pipe dream?

Print PDFThe agreement signed between the US government and Taliban was a momentous step towards securing peace in war-ravaged Afghanistan. The date of the agreement—February 29th—is also significant since it is a fortnight short of […]

The Efficiency of Pakistan’s Nuclear Posture During Brasstacks Crisis

Print PDFNuclear posture is the confluence of a state’s overall military structure, command and control, rules and procedures of employment and targeting, and the physical characteristics of nuclear weapons and their delivery systems. If nuclear […]