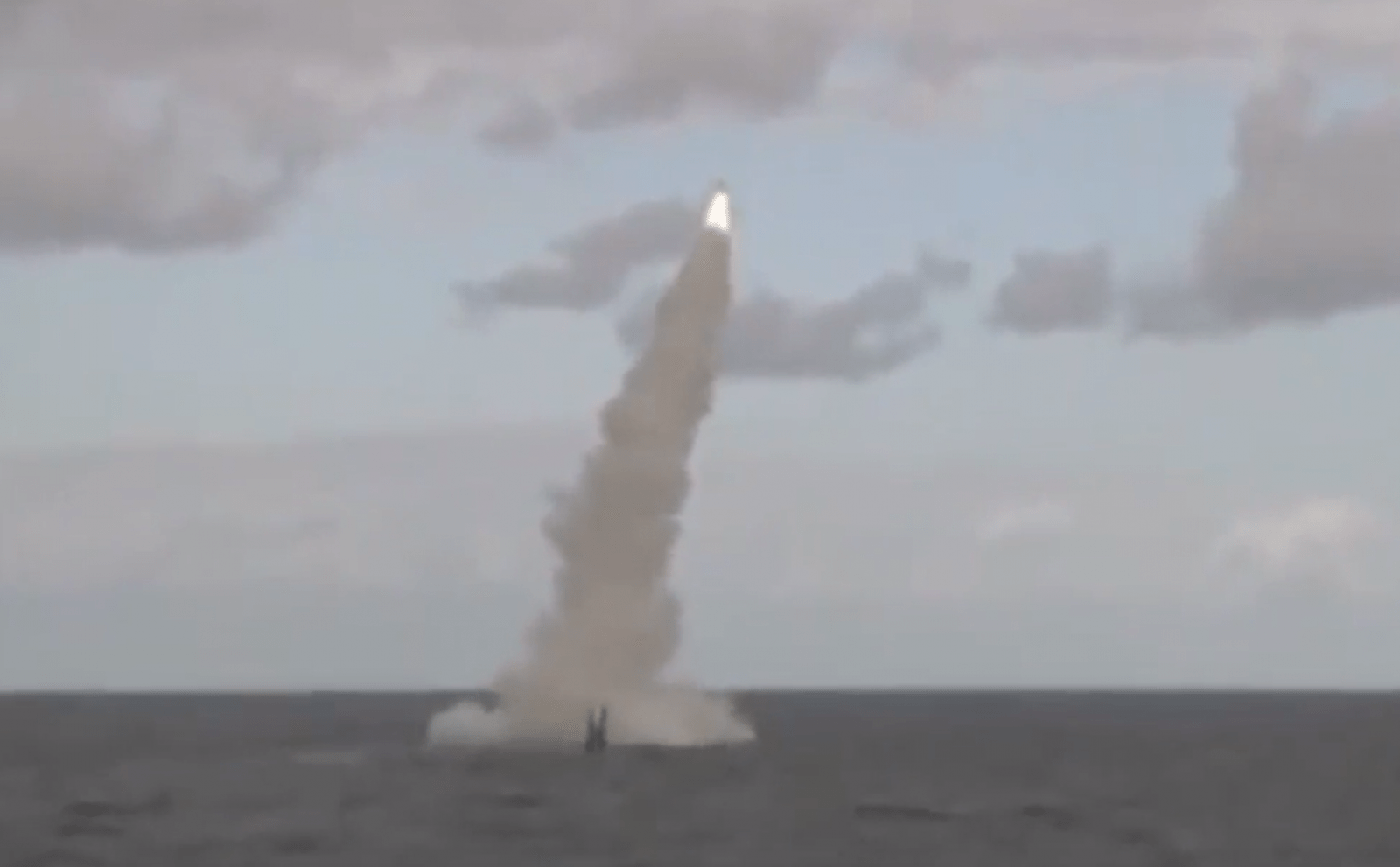 Since India and Pakistan became nuclear powers in 1998, South Asia has witnessed a bitter arms race that does not seem to be losing momentum in the near future. Besides stockpiling tens of nuclear warheads, these two countries are moving swiftly to acquire new and updated delivery means to diversify their offensive options in the nuclear domain. Starting from the acquisition of air and land-based delivery systems, India and Pakistan hurried to acquire the sea-based nuclear deterrent, the third leg of the ‘Nuclear Triad’. When India took the initiative with its acquisition of a nuclear-powered submarine in 2008, which was finally commissioned in 2017, Pakistan was left with no other choice but to reciprocate for the sake of maintaining the deterrence stability in the region.

In January 2017, Pakistan test fired the Babur III cruise missile, a sea variant of the ground-based Babur with a range of 450 kilometres. Another test of Babur III was conducted in March 2018 from an “underwater dynamic platform”. These two tests manifested the potential of Pakistan’s sea-based nuclear deterrent and, as claimed by official accounts, provided Pakistan with a “credible second strike capability”. Notwithstanding those official claims, the credibility of Pakistan’s third leg of the nuclear triad has remained a matter of intense discussion in policy and academic circles. This analysis revolves around this very debate and provides a discourse about the credibility of Pakistan’s sea-based deterrent by examining the salient features of its existing as well as the potential capabilities.

The credibility of sea-based nuclear deterrent depends upon two characteristics of submarines:

1) The type of fuel being used, as it influences their survivability and concealment;

2) The type and capability of weapons with which these submarines are equipped.

Submarines powered by nuclear energy are less noisy and can remain submerged for months, depending on the food supply of the crew. In most cases, nuclear submarines stay underwater for 2-3 months and the only surface to replenish food supplies. Though these submarines leave a heat signature that can compromise their concealment, as they become prone to detection by Anti-Submarine Warfare (ASW) capabilities of the enemy, this drawback is usually overshadowed by their ability to endure for prolonged periods in deep waters. On the other hand, diesel-powered submarines are noisier and can only remain submerged at maximum for a few days. However, diesel-electric submarines, which are installed with Air Independent Propulsion (AIP), have their underwater period prolonged for few weeks (less than three weeks), apart from going completely silent for few days after their batteries are sufficiently charged. In addition, diesel-electric submarines leave less heat signature, which further augments their concealment. Of all three types, nuclear-powered submarines are considered the most credible and sophisticated due to the longevity of their underwater duration.

The second feature that influences the lethality of submarines is the type of missiles they are carrying. Submarines armed with ballistic missiles can approach targets at much longer distances, most often in the range of thousands; but these missiles remain vulnerable to interception by Anti-Ballistic Missile Systems (ABM). In contrast, the targeting range of Submarine Launched Cruise Missiles (SLCM) is much smaller, largely in the hundreds; but these missiles are less susceptible to interception by ABM systems due to their capability of manoeuvring and being airborne at low altitude.

Currently, the Pakistan Navy operates five conventional submarines that include three Agosta 90B subs and two Agosta 70 subs. Agosta 90B subs have been installed with AIP system and have recently been upgraded in cooperation with Turkey. The statement issued by ISPR regarding the test of Babur III in 2018 states that the cruise missile was fired from an “undersea dynamic platform”. This statement does not mention the use of any of the submarines for that test, and as per media reports, a canister was used for this missile launch. However, some structural and technical modifications and adjustments are being made in the Agosta 90B subs, as Babur III is going to be the designated weapon of these submarines. Once on board the Agosta 90B, Babur III will enable Pakistan to formally complete its nuclear triad.

Pakistan’s nuclear program is entirely India centric; therefore, Pakistan’s capabilities must be analyzed with reference to India. The former’s Agosta 90B, with the ability to remain submerged for 2-3 weeks, can go into the Indian Ocean; with Babur III, having a range of 700 kilometers as stated by DG ISPR, it can easily target the littoral states of the India, along with their major population centers like Mumbai, Bangalore, Calcutta and Chennai from international waters. Moving further north, closer to the shores of India, Babur’s range can cover the central states of India; this could make the damage inflicted by SLCM unacceptable for India but would remain well short of Mutually Assured Destruction as northern India remains well out of reach. Moving closer to Indian shores, nevertheless, will make Pakistani submarines vulnerable to detection by the Anti-Submarine Warfare (ASM) capabilities of India that is growing at a rapid pace due to the massive modernization campaigns. More importantly, with the current range, it is highly unlikely that Babur III can target India’s Command and Control System located in New Delhi, Northern India. Therefore, given the prevailing circumstances, Pakistan deterrence vis-à-vis India rests on taking the major population centres of South India hostage by using its diesel-electric nuclear-capable submarines.

In 2016, Pakistan and China signed an agreement according to which China will sell Pakistan eight Type 093 Yuan Class diesel-electric submarines at the cost of $ 4-5 billion. According to this deal, procurement will commence in 2023, and by 2028, all the eight submarines would be commissioned in the Pakistan Navy. This massive procurement will ameliorate the naval capabilities of Pakistan by providing the country with more options to conduct sea patrols at any given time. With more submarines armed with Babur III or its more upgraded versions, maintaining their silent presence in the Indian Ocean, it will be extremely difficult for India to track down all of these silent killers at a time and annihilate them. This increased survivability of submarine options will contribute towards Pakistan’s sea-based nuclear deterrent, taking it from “credible” to “assured”.

Pakistan’s Babur cruise missile, whose sea-variant is Babur III, has a range of 700 kilometres. If Pakistan further enhances the range of its SLCMs to 1,000 or more, it will enable Pakistan to target most Indian cities located in Northern India. This development will be a major leap towards achieving assured second-strike capability for Pakistan and, in the long run, towards reaching the most desirable condition for stability, MAD.

However, these developments in the naval capabilities of Pakistan and India come with many caveats. Both the countries have a long history of rivalry and animosity, and their leadership have resorted to brinkmanship on multiple occasions despite the nuclear overhang. Moreover, both the navies lack any experience of operating nuclear-capable submarines in the past, and the close proximity of the two countries further aggravates the risks of miscalculations. In the presence of the devastating capabilities that these nuclear-capable submarines possess, any slight error in the murky waters of the Indian Ocean would push South Asia towards the “Nuclear Winter” whose impact will be detrimental for the whole world.

HAMDAN KHAN is a student of Strategic Studies in National Defence University Islamabad. He has previously worked for Institute of Strategic Studies Islamabad & is currently associated with Pakistan Council on China. His major areas of interest include Geo-politics, Geo-strategy, Great Power Competition & Nuclear Affairs

About Hamdan Khan 13 Articles
HAMDAN KHAN is an Alumnus of National Defense University Islamabad. His areas of Interest include Great-Power Politics, Nuclear Strategy, and Revolution in Military Affairs

Peace: The Forgotten Virtue in the RSS-Occupied India

Two Decades of Nuclear Learning: Have India-Pakistan Learnt Some Lessons?

Print PDFIn May 2019, India and Pakistan commemorated their 21st anniversary of nuclearization that also coincided with the culmination of another military crisis between the two regional adversaries. Since becoming declared nuclear weapon states in […]