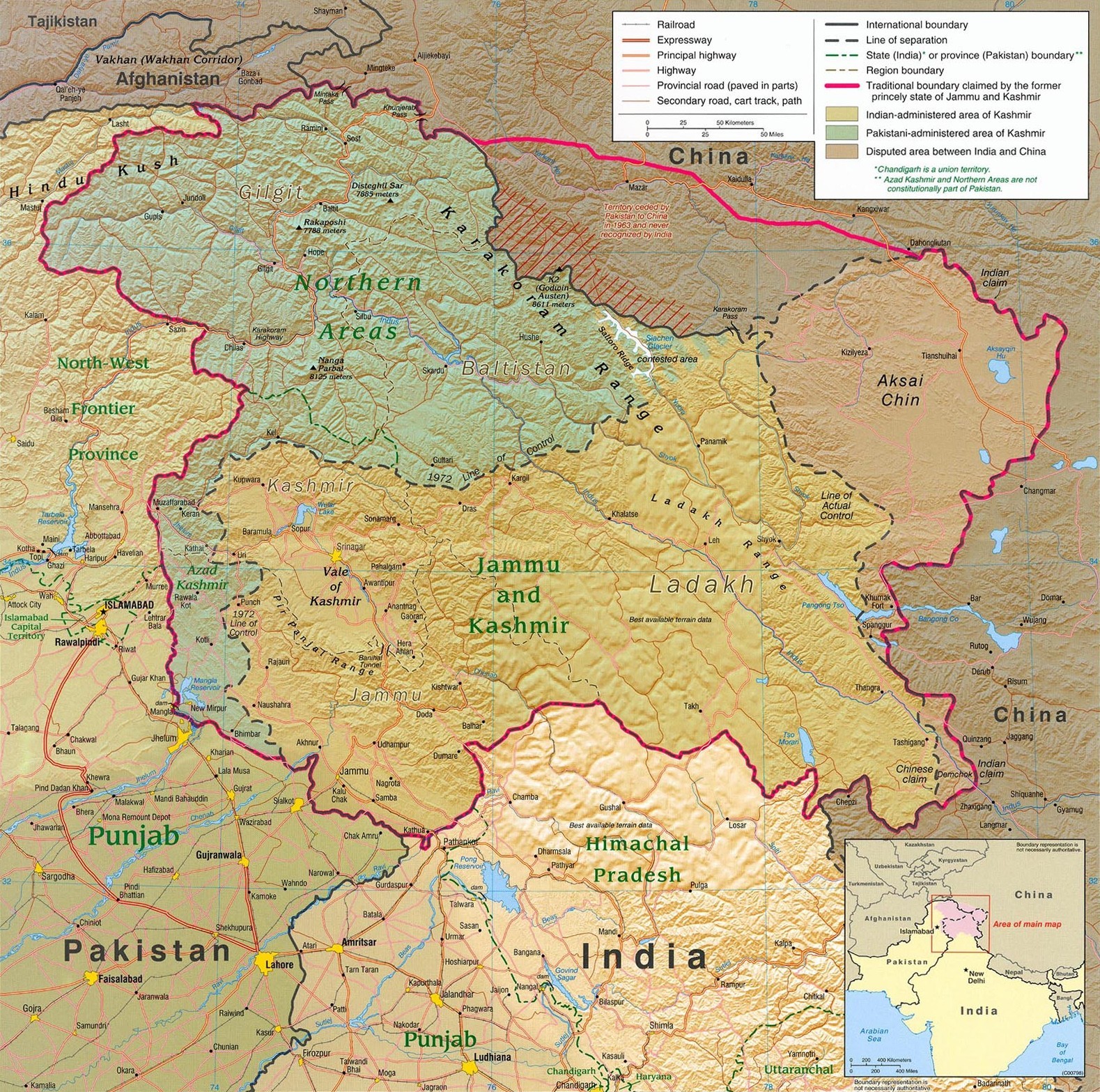 Pakistan and India gained independence in August 1947. Ever since, one of the major issues that has become a thorn in the relationship of both countries is, “The issue of Kashmir”. Today we will try and list down some history and facts of this conflict.

Kashmir – A Muslim Majority region, situated in the foothills of the world’s mightiest mountain range “the Himalayas” was once a princely state, spanning over 86,000 square miles.

The roots of the conflict lie in the region’s colonial past when it was part of the British Empire. Initially British ruled most of the Indian sub-continent through British East India Company starting from the 17th century, until 1858 when the rule shifted to the British Crown.

Over time, due to the nationalist movement in India the Crown faced weakening rule, and after the second world war, the parliament decided that the British rule had to end by 1948.

India was a majority Hindu country and Muslims of that time felt that due to their mistreatment they could not live together harmoniously. At that time this feeling gave birth to the “Two nation theory” which defined Indian Muslims and Hindus to be two nations that cannot live together.

At that time, we saw leaders like Muhammad Ali Jinnah, Nehru and Gandhi working towards the interests of their own communities. Meanwhile, due to some decisions made by the British Government, the Muslims of India felt less secure and Hindus taking advantage of this; religious riots broke out across British India, leaving tens of thousands of dead. It was after this that the British and Indian leaders began to seriously think about the option of dividing India based on the religion so that there can be a separate state for Hindus and Muslims of the sub-continent.

Finally, after many lost their lives, it was decided that there would be two separate countries, The Hindu Majority states would form the newly independent India. Whereas the states where Muslims were in majority would form part of a new independent state.

On 14 August 1947, a new state was formed on the map of the world called “Pakistan”. It consisted of the Muslim majority states on the East and West of the state of India. India gained its independence one day after on 15 August 1947.

Under the terms of Partition, it was decided that about 550 princely states which were not under the direct rule of the British could decide if they want to Join India or Pakistan or remain independent. There was a widespread belief that rulers of the princely states, in deciding to accede to India or Pakistan, should respect the wishes of the population.

Jammu and Kashmir at the partition.

At the time of Partition Jammu and Kashmir was a Muslim Majority state which was governed by a Hindu Raja Hari Singh, who wanted Jammu and Kashmir to be a part of India against the wishes of the population. Because of this decision, Pashtun tribesmen defeated the forces of Hari Sing. In utter panic, the Maharaja reached out to India for help, although the then, Indian Prime Minister Nehru was ready to help, however, Governor General of India Lord Mountbatten of Burma advised the Maharaja to accede to India before India could help. Hari sing in this time of desperation signed an instrument of Accession to Dominion of India against the wishes of its people on 26 October 1947. These events triggered the first Indo – Pak war.

According to the Encyclopaedia Britannica, “Although there was a clear Muslim majority in Kashmir before the 1947 partition and its economic, cultural, and geographic contiguity with the Muslim-majority area of Punjab (in Pakistan) could be convincingly demonstrated, the political developments during and after the partition resulted in a division of the region.” 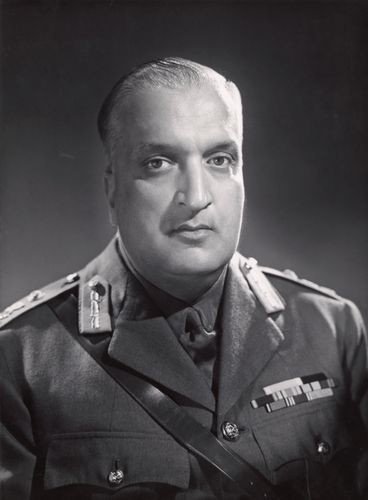 India and Pakistan have fought a few wars over Jammu and Kashmir. Some of them are:

There have been other small encounters apart from these major wars as well. Small skirmishes are regular routine on the line of control and other parts of the border between the two countries.

At present Jammu and Kashmir is the bone of contention between India and Pakistan, When Pakistan is supporting the right of self-determination of the people of Jammu and Kashmir. And wants India to stop the atrocities it is lashing out on the unarmed population of the state. On the other hand, India maintains that Pakistan is supporting terrorist activities in Jammu and Kashmir and blames all unrest on terrorist groups which Pakistan not only denies but asks proof off. India despite all its claims has a media blackout in its part of the territory and a heavy force presence prove that things are not right.

There are numerous resolutions by the United Nation and Organisation of Islamic Countries that have asked the parties involved to recognise this as a dispute and provide the people of Jammu & Kashmir to the right of self-determination. It is pertinent to note that Pakistan boycotted the OIC 46th summit for Foreign Ministers held in Abu Dhabi in March 2019 on the premise that Indian Foreign Minister was invited as a guest to attend the meeting. The OIC despite of the absence of Pakistani Foreign Minister adopted a resolution urging  India to respect the fundamental and basic human rights and address the dispute in accordance with the relevant OIC and United Nations Security Council resolutions on the subject as well as the wishes and aspirations of the Kashmiri people, the principle of self-determination and human rights.

Whatever the reasons or the background, in this day and age; where The West boasts about human rights for all and a right of choice for the people; the people of Jammu & Kashmir are still waiting for theirs. Which includes but is not limited to the right of self-determination as directed by United Nations Resolutions; which India has denied so far, stating it is an Indian internal affair.  Pakistan, on the other hand, maintains it will keep supporting the people of Jammu & Kashmir, morally and politically until and unless the brutalities of the Indian government are stopped, and the right of self-determination is provided to them by India.

Print PDF Your civilization will commit suicide with its own dagger What’s built on a shaky foundation will not last long  Allama Dr. Iqbal Pakistan’s Poet Philosopher   Just in case one didn’t agree with […]

Print PDFIndia has once again embroiled itself in a border skirmish with one of its neighbours that has resulted in a serious embarrassment for its military. Its ‘over sold’ narrative of a rising power willing […]