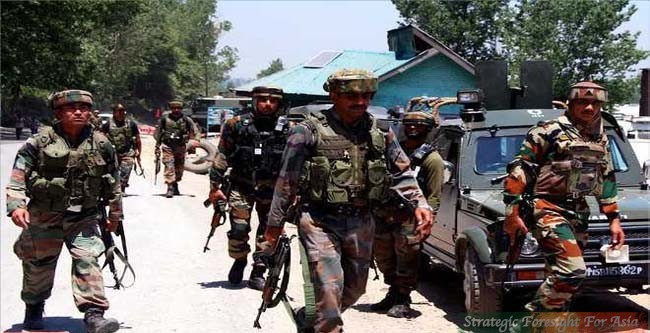 The recent ‘Pulwama crisis’ that was triggered by a suicide attack by a 19 years old young Kashmiri from the Indian Occupied Kashmir (IoK), has once again established the primacy of nuclear deterrence between India and Pakistan that have a long history of outstanding disputes and have fought number of wars, besides experiencing several serious military crises in the past.

Some Lessons from the Past.       Soon after declaring their nuclear weapon status, the two South Asian adversaries experienced their first crisis in 1999 (Kargil conflict). Despite sharp escalation from both sides that led to a limited war, both countries remained deterred from expanding the conflict due to the existence of nuclear weapons. The next major crisis was the 2001-02 military stand-off that continued for more than eight months and was seen as the first real test of deterrence in the region. India, despite its conventional military advantage, remained deterred from launching a military offensive across the international border for fear of nuclear retribution. The crisis eventually dissipated with both sides claiming to have achieved their political and security objectives.

The 2008 Mumbai crisis that was also triggered by the non-state actors did not lead to a significant military mobilization, and neither of the two adversaries resorted to nuclear signaling. During this crisis, nuclear weapons did not play a direct role but may have restrained the two countries from further escalation. India nevertheless used the episode to gain political mileage, and the incident became a template for all future South Asian strategic discourse, where India would emerge as a ‘victim’ and Pakistan as an ‘irresponsible’ nuclear state.

Post-2008, various studies and ‘war games’ conducted mainly by the U.S. based think tanks came out with a common conclusion that a future military crisis instigated by non-state actors and supported by ‘Pakistan based militants,’ would legitimize India’s use of force against Pakistan. In response, Pakistan due to its conventional disadvantage would have no other option but to resort to a ‘nuclear blackmail,’ thus increasing the prospects of a nuclear war in South Asia.

These prophecies seem to have been proven wrong for now. One, the ‘Pulwama crisis’ is a result of a suicide attack by a local Kashmiri, who was an Indian national living in the Indian Occupied Kashmir. Two, contrary to the expectations of international observers, India was cautious and launched ‘mock’ surgical strikes – deliberately or inadvertently, as it is yet to be ascertained due to conflicting claims made by the Indian military; and finally, in contrast to the commonly held view, Pakistan did not resort to nuclear signaling but came up with a proportionate conventional response. 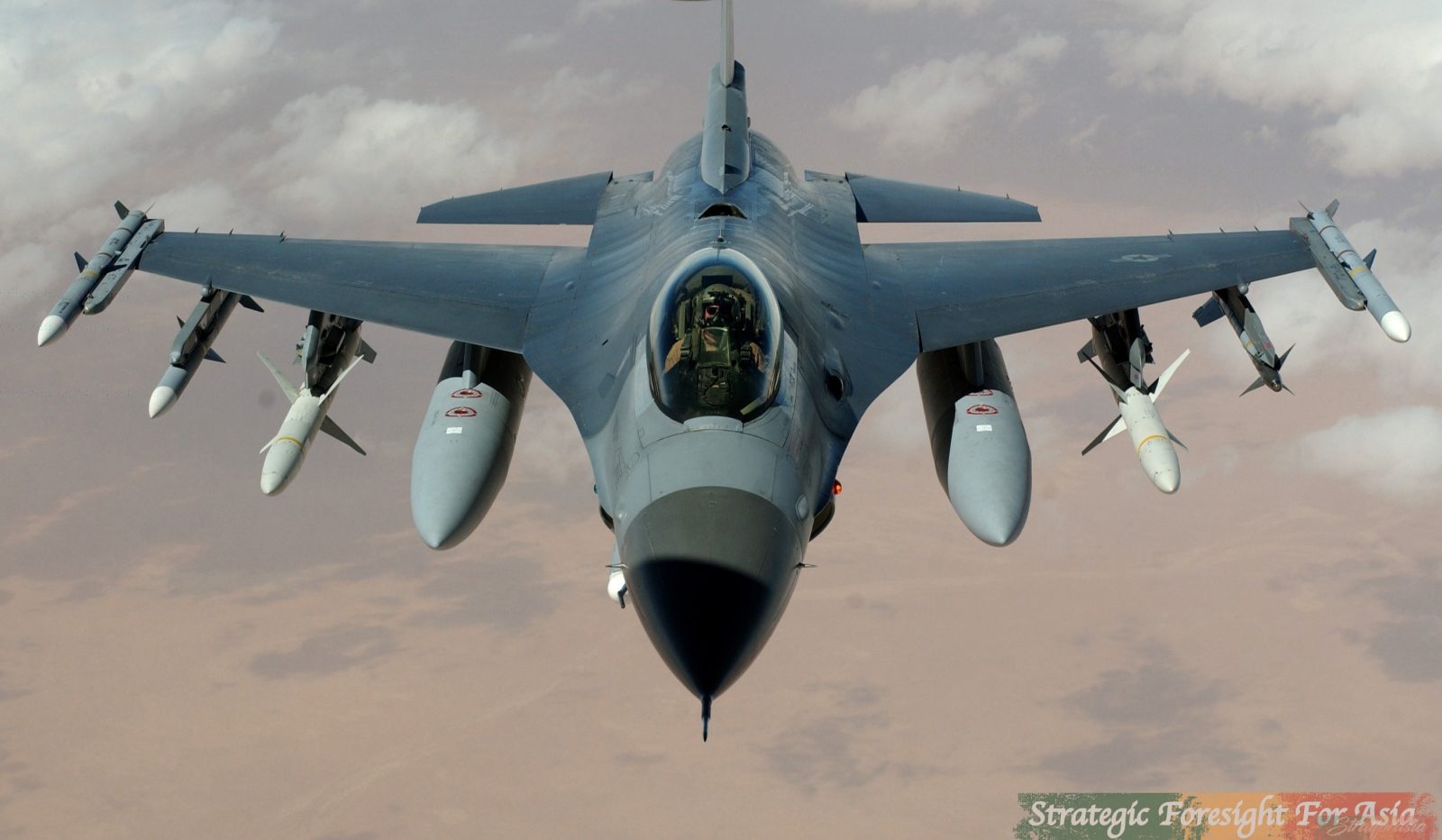 Deterrence by Denial Vs. Deterrence by Punishment.       Nuclear deterrence could be defined as the threat of the use of nuclear weapons to warn the adversary from taking certain action(s) that could be considered detrimental to own security interests. Deterrence can be classified into two sub-categories, i.e., deterrence by punishment and deterrence by denial. The first one is aggressive posturing and could risk a nuclear war; whereas the second one is a defensive strategy and more credible, as it aims to complicate the cost-benefit analysis of the adversary while reducing the incentive for the adversary to take an undesired course of action.

A brief comparison of all the previous crises between India and Pakistan indicate that except for the 2001-02, where Pakistan may have used ‘deterrence by punishment’ model to prevent a major war across the international border; the rest of the crises, including the most recent one was deterred by denying the incentive for the adversary to escalate beyond a certain limit.

Deterrence by denial model are generally more credible and legitimate, but requires the requisite capability, besides effective communication by the leadership. PM Imran Khan in his three short speeches did not indulge in ‘nuclearism’ but clearly conveyed the message by stating that ‘if India decided to take military action, Pakistan will not think, but would be forced to retaliate.’ Subsequently, he followed through with his commitment that enforced the credibility of deterrence preventing India from further escalation.

In view of the ongoing tensions between the two nuclear neighbours, it may be useful to revisit some of the lessons that were drawn from the Cold War period and remains relevant for South Asia. According to Colin Gray, no nuclear weapon state, or a non-nuclear weapon state could possibly launch a military campaign against another nuclear power, with a hope of achieving total victory. Secondly, due to a very high cost of a nuclear war, the political and military campaigns against a nuclear power must be conducted with extreme caution; and finally, nuclear weapon states do not go to war with each other due to the fear of unlimited implications. 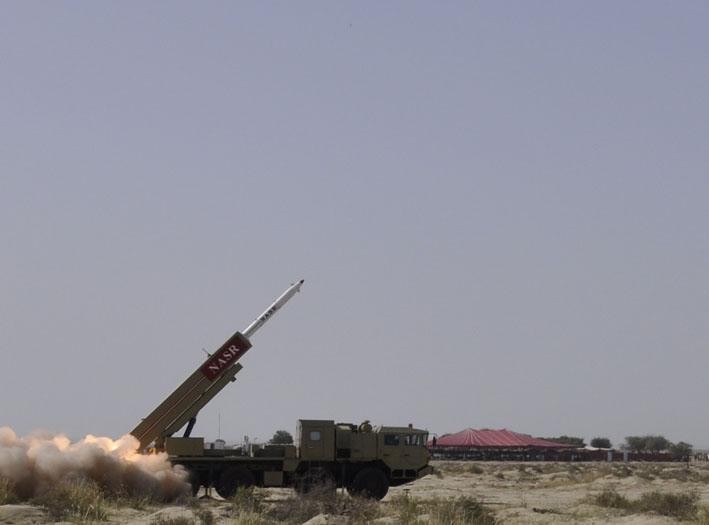 The ongoing military crisis is not yet over and could possibly escalate, especially if PM Modi remains adamant to repair his tarnished image for domestic-politics reasons and to restore the credibility of India’s military, but for now, the outcome of ‘Pulwama crisis’ seems to have established the salience of conventional as well as nuclear deterrence between the two regional adversaries.

This is likely to alter the future strategic discourse as India would find it difficult to operationalize its new war fighting doctrines, including the controversial Cold Start Doctrine (CSD) that its military continues to practice regularly. Besides dealing with the challenge posed by Pakistan’s short-range ballistic missiles (SRBMs) – ‘Nasr’; India now would have to take into consideration Pakistan’s conventional responses that could incur severe reputational costs, despite the asymmetrical power potential between the two countries.

With a defense budget of over $US 60 billion against Pakistan’s defense spending of less than $ US 10 billion, India has demonstrated that it is not yet ready to emerge as a credible military power in the region. PM Modi’s latest rhetoric that if India had French Rafael aircraft, the outcome of a recent military engagement with Pakistan would have been different, underscores the inherent structural weaknesses that India has not been able to overcome for the last several decades.

This should be a significant cause of concern for the global powers that were propping India as a potential rival to China. Instead, India may have reinforced its dyadic relationship with its relatively smaller neighbour, much to the disliking of its political and military leadership.

Print PDFSince the last decade and a half, radicalized Hindu nationalists in India are trying hard to malign and isolate Pakistan in international politics. However, they have failed miserably and instead, the world has started […]

The Other Perspective – Secret life of Mullah Omar!

Print PDF Bette Dam’s book “Searching for an Enemy” which was recently translated and summarised by a new think tank called Zomia, “The Secret Life of Mullah Omar” is making the rounds because of some […]

Print PDF There can be no doubt that the China-Pakistan Economic Corridor (CPEC) both as part of the Belt and Road Initiative (BRI) and within the traditionally close bilateral China-Pakistan relationship represents a tremendous opportunity. […]