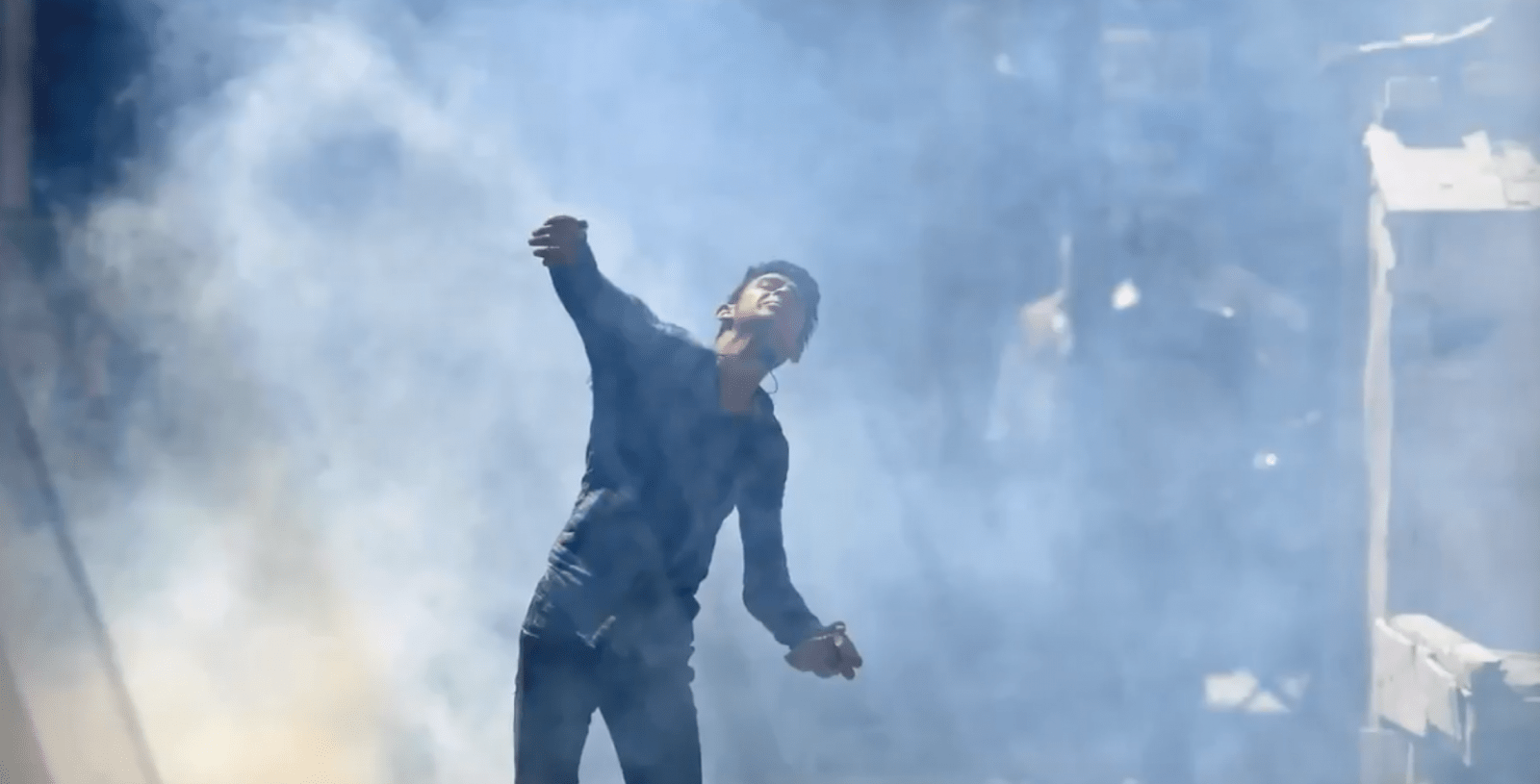 By definition, repressive states are those which subjugate their masses or a portion of society to suit their own agenda. The tools that may be used comprise draconian laws, a stymied justice system, which provides little or no reprieve to the oppressed class, abductions or forced disappearances. Tools of high-tech repression comprising sophisticated implements for eavesdropping, monitoring movement and espionage may also be used. In addition to the above, brute force may also be employed to subdue the masses.

Militant democracy is a form of constitutional democracy, which is authorized to protect civil and political freedom by preemptively restricting the exercise of such freedoms.

Before taking up the case of Kashmir, it must be reiterated that India was established as a secular state and was the paragon of democracy till the advent of the Narendra Modi-led government, which was installed in 2014. The current political dispensation in India, the Bharatiya Janata Party (BJP) is the political instrument of the Sangh Parivar, (Sangh Family)—consisting of the Rashtriya Swayamsevak Sangh (RSS) or National Volunteers Association—the mother organization after which the label Sangh Parivar is coined, the Bharatiya Janata Party (Indian Peoples Party—Hindutva’s constitutional front that fights elections etc.), the Vishwa Hindu Parishad (VHP—World Hindu Council – the formation’s activist front), the Shiv Sena (the fascist front), the VHP of America (Hindutva’s overseas arm) and the Hindu Students Councils (VHP of America’s student wing).

The Sangh, in turn, preaches religious extremism emanating from Hindutva, a term coined by Vinayak Damodar Savarkar in 1923 to create a collective “Hindu” identity. Its aim is to establish a Hindu Rashtra (Nation) devoid of other religions or forced into subjugation. The stated mission of Hindutva, according to its website is:

“Expressed in the simplest terms, the ideal of the Sangh is to carry the nation to the pinnacle of glory through organizing the entire society and ensuring the protection of Hindu Dharma.”

Savarkar’s concepts of Holy Land, Fatherland, and Hindudom are the defining features of his Hindutva and the construct of Hindu Rashtra (Nation) claiming that “in Hindustan (India), those who failed the test of having a common Fatherland or Holy Land or Hindudom are but ‘communities’, ‘numerical minorities’, who do not deserve any privileges.”

Kashmir is an unfinished agenda of the partition of India in 1947. According to the Indian Independence Act of 1947, the princely states of India were to opt for accession to either India or Pakistan. Kashmir had a majority population comprising Muslims, but it was ruled by a Hindu Maharaja. On 27 October 1947, before the Kashmiris could exercise their option, Indian forces occupied it and forced the Maharaja to sign a letter of accession in favour of India. Volunteers from Pakistan waged a liberation war and managed to free one-third of Kashmir when the Indian Prime Minister asked the UN Security Council to enforce a ceasefire. The UN stopped the war but passed Resolutions on Kashmir stipulating that the fate of Kashmir will be decided through a plebiscite, in which the Kashmiris will themselves declare their option to accede to either India or Pakistan.

Both India and Pakistan agreed to abide by the UN Resolutions, but later India reneged. Article 370 & 35a of Indian constitution decreed by a 1954 presidential order conferred it with the power to have a separate constitution, a state flag & autonomy over the internal administration of the state. The residents of Indian Occupied Kashmir (IOK) waited for the UN Resolutions to be abided by but were disappointed. In 1989, they took up arms to gain freedom, but their just struggle was suppressed by brute force. India deployed a force of 700000 soldiers, which armed with Draconian Laws like the Armed Forces Special Powers Act (AFSPA) wreaked a reign of terror. All Parties Hurriyet Conference (APHC), a Kashmiri political party, has recently released a consolidated report on the atrocities carried out by security forces in IOK. According to the report, Indian forces in their anti-freedom operation, massacred 95,238 Kashmiris, including 7,120 in custody, since January 1989.

An alarming statistic in the report is that the troops molested 11,107 women. However, independent human rights activists claim that this figure is not even ten per cent of the actual number because many women hide the fact that they were raped due to fear of being castigated by society.

The Modi government carried its repression of Kashmiris a step further and revoked IOK’s special status on 5th August 2019 through another Presidential Order, creating two separate territories, Kashmir & Ladakh and amalgamated them into the Indian union. To stop the people of Kashmir from protesting this drastic and illegal action, the Valley of Kashmir has been in a state of lockdown. India retains Kashmir only with the barrel of a gun. Brute force crushes any hint of dissension. Over 13,000 youth have been incarcerated, all political leaders have been illegally detained while rape is being used as a weapon of war. Former Indian Army Major General SP Sinha called for the mass rape of Kashmiri women on Indian television. A short video from the news program floated on the internet and sparked fury on social media. SP Sinha is a serving BJP official, who joined the party in 2013. His explosive comments of ‘death for death and rape for rape’ unleashed an outrage on social media, with hundreds and thousands of social media users from across the globe reproached the Indian government and BJP

Unfortunately, the prevalent regime in India, currently under the influence of Hindutva, takes its inspirations from the founding fathers of this heinous ideology which preaches hate, odium and repression. Vinayak Damodar Savarkar, the progenitor of Hindutva philosophy, in his book Six Glorious Epochs of Indian History, promotes using rape as a political weapon. Savarkar justifies the raping of Muslim women, rationalizing that not to do so when the occasion permits is not virtuous or chivalrous but cowardly (Chapter VIII: ‘Perverted Conception of Virtue’).

If that were not all, another extremist BJP leader Yogi Adityanath, the current Chief Minister of Uttar Pradesh since 19 March 2017, delivered a speech in 2015, saying they should dig out the dead bodies of Muslim women and rape them.

The situation is now rife with the peril of armed confrontation. Recent developments in the Indo-Pak Subcontinent, especially in the wake of the Pulwama incident and India’s failed surgical strike, the nuclear weapons programs of India and Pakistan have heightened mutual tensions and placed the entire South Asian region and the world generally in grave danger of a nuclear holocaust. Experts generally concur that Kashmir is the foremost nuclear hotspot on the planet. But this imperative is stalled on Kashmir, which has been the chief genesis for nuclear proliferation in India and Pakistan. Thus, the United Nations and every nation individually have self-preservation interests in a peaceful and permanent Kashmir settlement that honours human rights and international law.

The Kashmir problem will only get resolved when the international community decides to intervene in the matter, to put an end to Indian state terrorism in Occupied Kashmir and to implement UN resolutions. New Delhi is exploiting the international preoccupation with Afghanistan, Syria, Iraq, Yemen, Libya and other hot spots by ruthlessly crushing the wave of freedom movements throughout India and in Jammu and Kashmir. If the International Community appoints an independent and unbiased fact-finding mission, India would be definitely exposed as one of the greatest exponents of state terrorism and a repressive state whose new militant democracy is wreaking havoc.

Print PDF“To the left, to the right, step it up it’s all right” (Step it Up is a 1992 single by British group Stereo MC’s) For faith communities worldwide, the pandemic has brought to the […]

Print PDFBy a letter dated 19 December 1994, filed in the Registry on 6 January 1995, the Secretary-General of the United Nations officially communicated to the Registry a decision taken by the General Assembly, by […]

How Different is the “New Normal” from the Old Normal in South Asian Crises?

Print PDF How Different is the “New Normal” from the Old Normal in South Asian Crises? The summer “fighting season” in Kashmir appears to be heating up. Indian media reports suggest an increase in terrorist […]