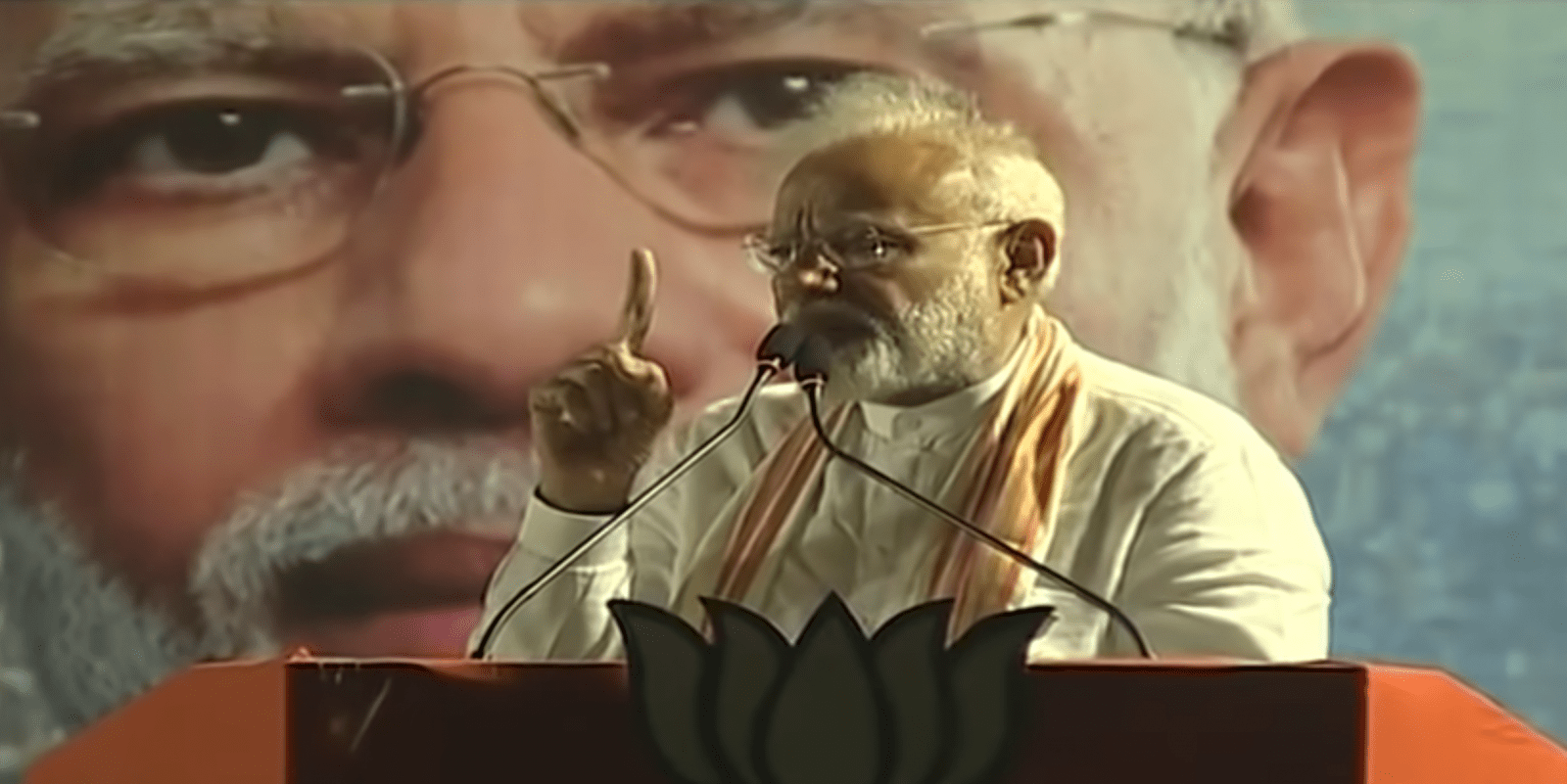 “The Night is Dark and Full of Terrors.” For ‘Game of Thrones’ fans, this line represents the Lord of Light and the Red Priestess. However, it seems to have inspired Prime Minister Modi in an entirely different way.

In an election rally on 21st April this year, PM Modi reminisced that the reason Pakistan was so eager to return the captured Indian pilot Abhinandan was because India had threatened Pakistan with “Qatal Ki Raat” or ‘night of slaughter’ otherwise. He said the U.S. had conveyed to Pakistan that India had 12 missiles ready to attack, should Pakistan dally in the pilot’s return.

In the same rally, PM Modi also said, “India has stopped the policy of getting scared of Pakistan’s threats. Every other day they used to say ‘we have a nuclear button, we have a nuclear button’. What do we have then? Have we kept it for Diwali?” The interesting thing to note here is that there was not a single instance where the Pakistani leadership threatened the use of nuclear option during this current skirmish.

This was not the only instance where officials from the Indian leadership threatened the highest level of destruction of Pakistan in the aftermath of Pulwama, and during the subsequent air clashes between the two states. On 14th March the Indian External Affairs Minister Sushma Swaraj said, “If there is any other terror attack, then we will not remain silent as we cannot say Pulwama is our destiny.” The Union Minister of State General V.K. Singh said of Pakistan, “”We can completely destroy them if it comes to a nuclear war. They don’t want to be destroyed.”

Even the All India Majlis-e-Ittehad-ul-Muslimeen Chief chipped in, saying, “The Pakistani Prime Minister talks about nuclear bombs? India has a nuclear bomb too.” The statement he was likely referring to was the address by PM Khan after the Balakot air strike, where he actually used the ‘N’ word to ask both sides for restraint as a conflict between the two could spiral into a nuclear war.

Thus, India threatening nuclear retaliation in response to a terrorist incident, which was carried out by a young Kashmiri man from the IOK, seems irresponsible at best and highly alarming at worst.

This rhetoric begs the question as to why would the Indian state resort to such explosive statements. The answer lies in the timing of it all. 2019 is an important year in India, owing to elections for the 17th Lok Sabha, which will ultimately determine who the next Indian Prime Minister will be. The Bharatiya Janata Party (BJP) won the 2014 elections with a clear majority. History is unlikely to repeat itself, given the current state of Modi’s ‘popularity’ in India.

The Indian Prime Minister seemed to be more interested in projecting a friendlier and more reliable face of India internationally. This strategy does seem to have worked for international audiences. Some states do see India now as a more lucrative market and others; namely, the U.S., see it as a counterweight to emerging powers, namely China and possibly Russia. However, while the Modi government remained busy selling India to the international community, the domestic problems piled up. For example, the demonetization scheme of the Modi government is said to have failed on every one of its stated objectives, like combatting terror funding, fake notes and black money.

The questionable rewriting of the Rafale deal was another major domestic upset for the BJP government. Modi appeared to have changed the terms of the deal to acquire fewer jets for three times the price without following the stipulated procurement procedure. This issue became a political nightmare for his government when they chose to attack the opposition and cite rules of privacy, which were contradicted by the French authorities.

Some other major areas which have been deemed a failure of the Modi government, by Indians themselves, include media strangulation, weakening of institutions, major land acquisition problems with the Indian farmers, cultivation of hatred against minorities, denial of the fundamental right of privacy to citizens and failure to create jobs. These are the very issues which Modi promised to address during his 2013 election campaign. Instead, he appears to have aggravated them to a point where it will take years to undo the damage, according to one Indian analyst.

Keeping in mind these domestic problems and the Indian public’s dissatisfaction with the policies of the current government, Modi does not seem to have the same political clout of 2013 which led the BJP to win the majority of the Lok Sabha seats.

Amid this environment came the strategically timed Pulwama attack and the subsequent air clashes between Pakistan and India. It is an age old notion that nothing brings people together more than hatred of a mutual third party. This policy seems to have been employed very successfully by the Modi administration to gain the support of the Indian public.

In such a situation, the explosive statements against Pakistan by Modi at election rallies make complete sense. Inciting anger against Pakistan is likely to gather the Indian public under the ‘Hate Pakistan’ banner and make them forget about the major domestic failures of the Indian government. Only time will tell whether the Indian public will be hoodwinked by this strategy or choose to remember the domestic failures of their current leadership.

Print PDFDriven by its colossal economic might and its diplomatic footprint, India has been projecting its hegemony in South Asia. With Indian aggression on the rise in the region, Pakistan has always maintained deterrence stability. […]

Peace: The Forgotten Virtue in the RSS-Occupied India

Print PDFS-400 Triumf/Growler for the Indian Air Force The long-range, highly mobile Russian S-400 Triumf Air Defence surface-to-air missile, known as the S-21 Growler in the West is a formidable weapon. Primarily developed for use […]