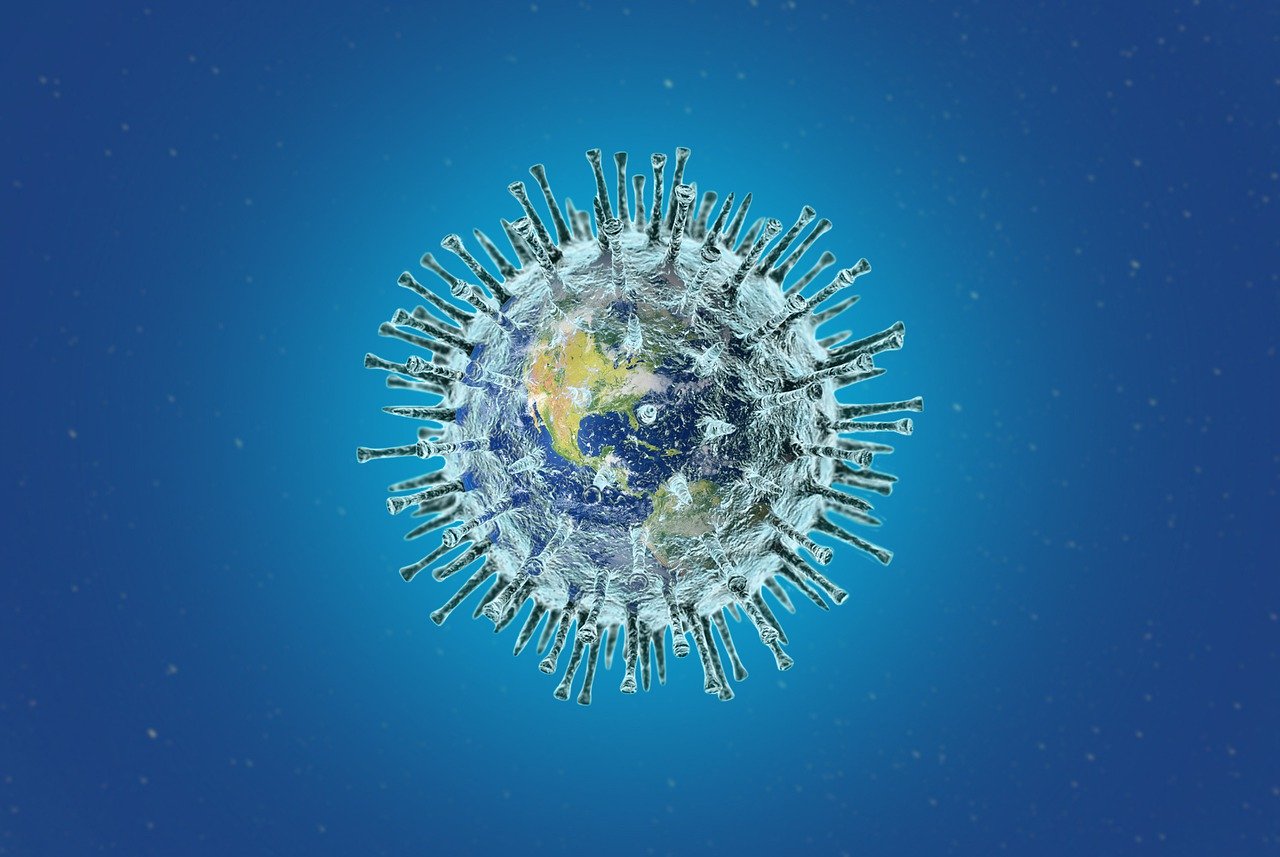 The devious COVID-19 virus remains a mystery with many conspiratorial prophecies about its origin and the cure, the timelines when it will recede, how will it impact the international security discourse, and what would be the nature of the post COVID-19 global order? The current pandemic that could also be termed as ‘World War III’ against an invisible adversary, has exposed the hollowness of global alliances and strategic partnerships. The US that many had expected would help lead the world out of the current health crisis was caught in modern day piracy of medical supplies that were destined for its European allies. It also threatened its strategic partner – India, with potential retribution, if the latter didn’t agree to the supply of ‘magical’ hydroxychloroquine – a drug that President Trump insists could bring a cure for the Americans and increase the prospects of his second term in the office.

Politicking with COVID-19.    After failing to take preemptive measures, despite repeated early warnings, President Trump did what he does best, i.e. engineer a controversy that could deflect the focus from his own incompetency and taper public anger by naming the virus as the ‘Wuhan’ or the ‘Chinese’ virus. In response, China’s “wolf warriors” – the new generation of diplomats who consider it politically correct to push back the US narrative, labelled the virus as an “American coronavirus”. Referring to a statement from the US Congressional hearing, the Chinese Foreign Ministry spokesperson demanded more transparency about the ‘patient zero’ by alleging that the virus may have first surfaced in the US.

At a time when the two countries needed to work together to lead the world out of the current crisis, the accusations from both sides may have further complicated their relationship. Instead of taking remedial measures to rectify its image, the Trump administration opened another front to discredit the World Health Organization (WHO) and accused it of maintaining a “very China-centric” approach and not taking timely actions that President Trump believes could have prevented the global health crisis.

In his rejoinder, the WHO Chief urged the US not to drag the international health organization into China-US rivalry and to quarantine the “politicizing of COVID-19”. Several countries came out in support of WHO, including the National Academies of Sciences, Engineering and Medicine from G-7 countries and several others, who in their joint statement emphasized the central importance of WHO and urged all countries to show strong support and cooperation to the international health organization.

The US that had led the world in technological evolution so far, has failed in its leadership test. Its efforts to politicize the current crisis for domestic politics and to discredit China may have further isolated it; while helping China build its image of a responsible global power, willing to assist multilateral institutions and the international community during crises. This is likely to affect the post COVID-19 global order.

In the post COVID-19 world, these interest groups, who could also be termed as ‘creative alarmists’, are likely to promote a new international narrative that could revolve around the threat of bio-terrorism, highlighting the need for new initiatives and arrangements that could promote their institutional interests and generate more business for the ‘medical-industrial complex.’

There is no existing international treaty or arrangement that effectively addresses the issue of non-state actors indulging in an act of bio-terrorism. The Biological Weapons Convention (BWC) mainly deals with issues related to biological weapons and makes it obligatory for all states not to “develop, produce, stockpile or otherwise acquire or retain microbiological or other lethal biological agents, or toxins whatever their origin or method of production, of types and in quantities that have no justification for prophylactic, protective or other peaceful purposes.” The BWC nevertheless encourages states to assist each other in capacity building for disease surveillance, detection and diagnosis, and biosafety and biosecurity, which are useful measures to prevent non-state actors from gaining access to bio-agents.

The BWC that entered into force in 1975 is a near-universal arrangement with 182 state-parties. There are 10 countries, which include Israel, that have yet not joined the Convention, and could technically ‘produce and stockpile’ bio-agents for weapon purposes.

Bio-Terrorism – The Challenge of Non-State Actors.      To deal with the specific problem of non-state actors from gaining access to the weapons of mass destruction (nuclear, biological and chemical) or the related material, or technology used to develop these weapons; the United Nations Security Council (UNSC) passed Resolution 1540 in 2004 under Chapter VII of the UN Charter, which makes it obligatory for all member states to implement its provisions.

Like the BWC, the UNSCR 1540 does not have an implementation mechanism. It mainly remains the national responsibility of member states to ensure that their domestic controls and laws comprehensively cater for the possibility of non-state actors indulging in WMD related terrorism activities.

Under the UNSCR 1540, all states are required to submit periodic reports elaborating national safety and security measures, the regulatory system, and the legal provisions that could reduce the possibility of non-state actors gaining access to these facilities. And, if a state fails to implement its national obligations, it could be held responsible for not fulfilling its 1540 related commitments, but not necessarily for an act of bio-terrorism. Due to the absence of a verification regime, attributing a terrorist act to a particular state would still remain a major challenge.

Holding States ‘Liable’ for Bio-Accidents.     The safety and security of sensitive facilities, especially those involved in bio-research remain the responsibility of a state. In case of an accident that could have the potential to cause mass level casualties, the state should be held accountable, but there is no such legal mechanism in place – unlike the civil nuclear industry, where the operators or owners of the nuclear power plants (NPPs) have legal obligations to provide compensation to the affected parties.

The ‘Vienna Convention for Civil Liability for Nuclear Damage‘ establishes minimum standards to cater for accidents taking place from unsafe practices or negligence on part of the operators. A similar arrangement would ensure that states researching deadly pathogens and viruses would need to maintain very high safety and security standards, thus minimizing the possibility of a global pandemic caused by human negligence.

There are unconfirmed reports that COVID-19 may have originated from Wuhan Institute of Virology, which is a BSL-2 lab and provides “minimal protections against infection of lab workers.” This, however, is not the first incident of its kind. Other countries, such as the United States have experienced incidents, even though the lab in question had a much higher safety standard of BSL-4. To minimize such incidents in the future that could have the potential to cause a global pandemic, there may be a need to develop a legally binding mechanism holding states accountable, especially if the incident happens due to negligence on part of the operators.

The Day After.        The current pandemic has demonstrated that no country alone has the capacity to deal with the consequences, irrespective of the fact whether it is deliberate, accidental, or caused by a non-state actor(s). Realizing this danger the 2016 World Economic Forum had “identified biological weapons together with autonomous weapons and cyber war as the three technologies that will transform the future warfare.” Learning from the experience of COVID-19, the international community, therefore, is likely to push for more stringent controls and strengthen the international WMD security regime.

The next global threat, however, may not necessarily be another pandemic caused by a virus; therefore, the major challenge for the international community would be how to look through the natural clutter of the post COVID-19 international security discourse – which most likely would be fixated on the threat of bio-terrorism – and prepare for the next existential challenge that could be due to climate change, or a cyber-attack by a state or a non-state entity.

About Dr Adil Sultan 39 Articles
Dr Adil Sultan is Acting Dean and Chair Department of Aerospace Sciences and Strategic Studies (DASSS) at the Air University, Islamabad. He is also the co-founder of STRAFASIA (https://strafasia.com) He can be reached at [email protected] and tweets @adilsultan

Print PDFIndia’s farmers are witnessing a harsh winter, literally and figuratively, ever since the Modi-led Bharatiya Janata Party (BJP) government passed three farm bills in late September. Nation-wide protests and strikes have erupted across the […]

Print PDFWhile the world is grappling with the pandemic COVID-19, India is exploiting this opportunity to push its Hindutva agenda. Coronavirus has hit India hard too but instead of providing relief to its citizens, the […]