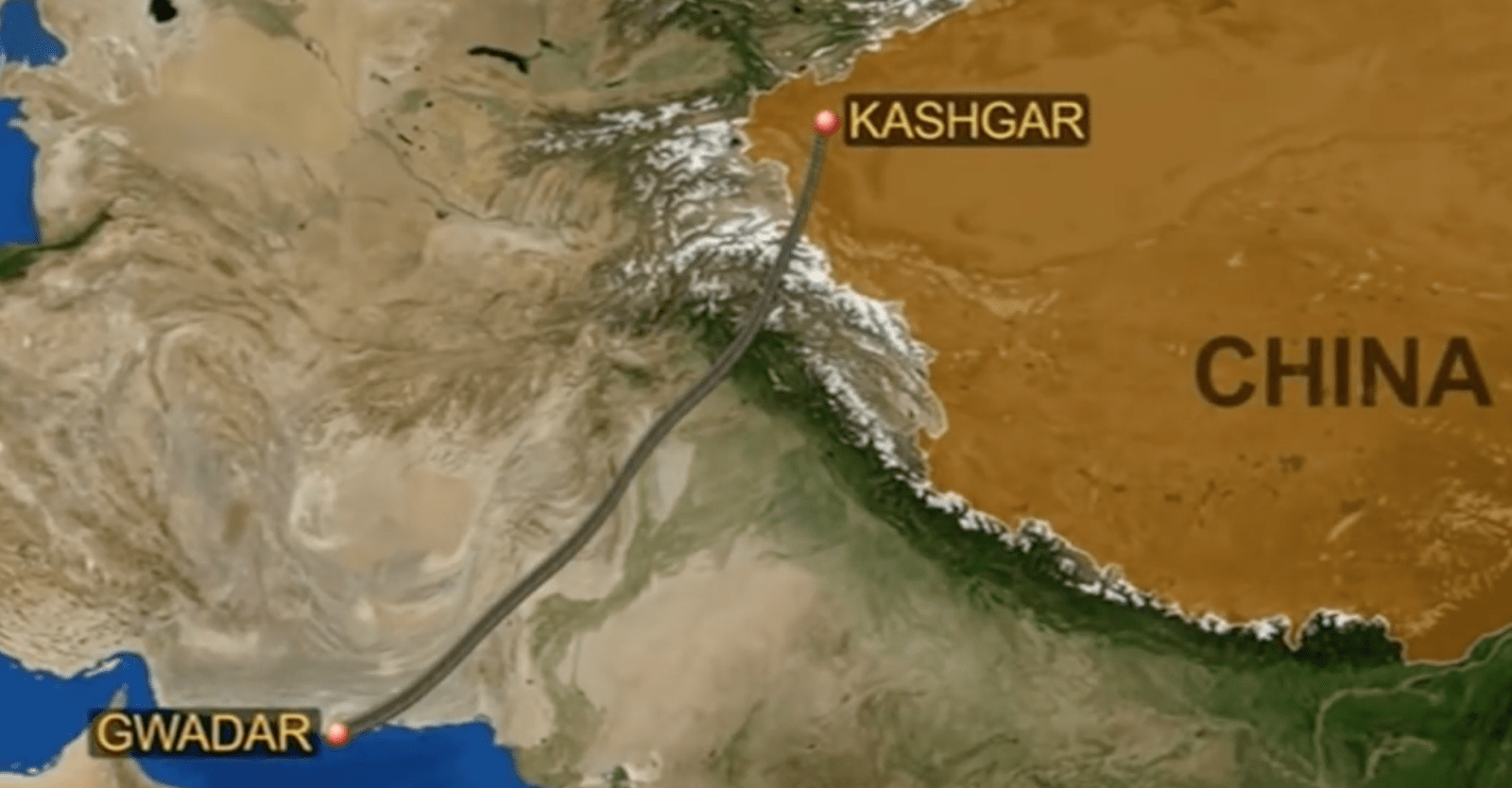 Pakistan and China signed the China-Pakistan Economic Corridor (CPEC) agreement on 20th April 2015. Both states consider this project, worth an investment of 65 billion USD for infrastructure and industrialization projects in Pakistan, as a game changer for them and the adjacent region because of its prospects for bilateral trade and regional connectivity.

However, the U.S. perspective is contrary to this, viewing CPEC as an emblem of the Belt and Road Initiative (BRI) or the One Belt One road (OBOR). OBOR is China’s grand strategy for the 21st century and an alternative international economic order to the Western liberal world order led by the U.S. Many U.S. state officials term it a component of China’s debt trap strategy to expand its imperialism in Afro-Asian states by giving them huge loans which they cannot repay and agree to Chinese desired conditions of trade.

In the same vein, U.S. diplomat Alice G. Wells, in a talk at the Woodrow Wilson Center on 21st November this year,  explicitly stated that CPEC is not beneficial for Pakistan. She said that it was  a project to further China’s economic hegemony, and is exploitative in nature. She tried to establish the argument that power generation projects developed under CPEC have a higher cost than non-CPEC projects in Pakistan. She has also said that CPEC projects were non-transparent and investment priorities in these projects were not suitable for the people of Pakistan. This official stance, reiterated by the U.S. State Department official, reflects the American mindset towards CPEC and underscores that the former views the latter as strategic competition.

Federal government minister Asad Umar has defended CPEC and rejected these concerns of U.S. officials. Alice Wells has warned Pakistan about CPEC projects by saying there is an imbalance in Pakistan’s loan equation from China. She said, ‘Now the flagship of OBOR is the China-Pakistan Economic Corridor or CPEC.  CPEC is the Chinese communist party’s largest OBOR initiative, reflecting over $60 billion in regionally pledged commitment for projects in Pakistan. The Chinese Ambassador to Pakistan, Yao Jing, has repeated the oft-used characterization of CPEC as a game-changer for Pakistan.  In fact, the Ambassador has said that China wants to see its relationship with Pakistan serve as an example for its relations with other states’.

She further said that ‘CPEC is even bringing in Chinese workers who earn money in Pakistan, take the wages back to China, leaving very little in the local economy’. This statement is factually incorrect because it portrays the debt trap myth as a political reality. CPEC is worth 60 billion USD plus infrastructure development projects while the total loan portion of this project on Pak is 17%. The rest of the amount is either constituted by loans taken by the Chinese from China’s commercial banks, or consists of Chinese investment in the form of grants. Currently, CPEC has created 75,000 jobs out of which only 9,000 are Chinese. The rest of the workers are Pakistani.

Energy projects worth 10,500 MW have been completed under the first phase of CPEC while large scale road upgradation and development infrastructure has been completed in-time. Private-Public partnership projects will operate under the second phase of CPEC in nine special economic zones (SEZ’s). Pakistan will be the actual beneficiary of CPEC in the second phase, 2019-2023. China is not a labor intensive country. China will utilize Pakistan’s labor force. Pakistan has already benefited by giving Gwadar port to China for development.

Pakistan’s total external debt is 106 billion USD while the accumulated CPEC loans are 12 billion USD. Pakistan has enough resources to pay the commercial loans taken from China. Pakistani and Chinese labor both work in CPEC projects. Pakistan and China will jointly work on ML1 in the second phase of CPEC along with public-private joint ventures in special economic zones (SEZ’s).

The Chinese ambassador has openly said that Pakistani and Chinese stakeholders have all confirmed that CPEC projects were transparent. The PTI government has also given its political endorsement to that assertion. China provided financing for the Thar coal project which has started its operations in the Thar region. CPEC financing has provided the best opportunity to Pakistan to complete infrastructure development projects. USAID projects function in a pattern similar  to the Chinese loan projects are operating inside Pakistan where preference is given to the donor country’s companies for leading these FDI Projects. China has a trillion dollar economy operating at a global scale as an international loan lender. The U.S. sees China as a competitor despite their trade interdependence and it itself is liable to China for more than 100 billion USD trade deficit.

China is massively investing in mega infrastructure projects in Asia and Africa without being a member of the Paris club, a group of western industrial states and their MNC’s monitoring, accumulating and investing capital around the globe. Therefore, the Chinese pattern of investment has caused concerns in the U.S. The PTI government must bring certainty in CPEC projects. We need to understand China’s BRI spirit which is based on a voluntary pattern of interaction among states while it seeks to promote regional trade and interconnectivity.

Of Status-Quo, Resolution, Reforms, and Revisionism

Print PDFThe terms ‘status-quo’, ‘resolution,’ ‘reforms’ and ‘revisionism,’ can be applied to describe the outlook and behavioural characteristics of states in the international system; while connotations overlap, each term is distinct in meaning. At a […]

Print PDF“To the left, to the right, step it up it’s all right” (Step it Up is a 1992 single by British group Stereo MC’s) For faith communities worldwide, the pandemic has brought to the […]