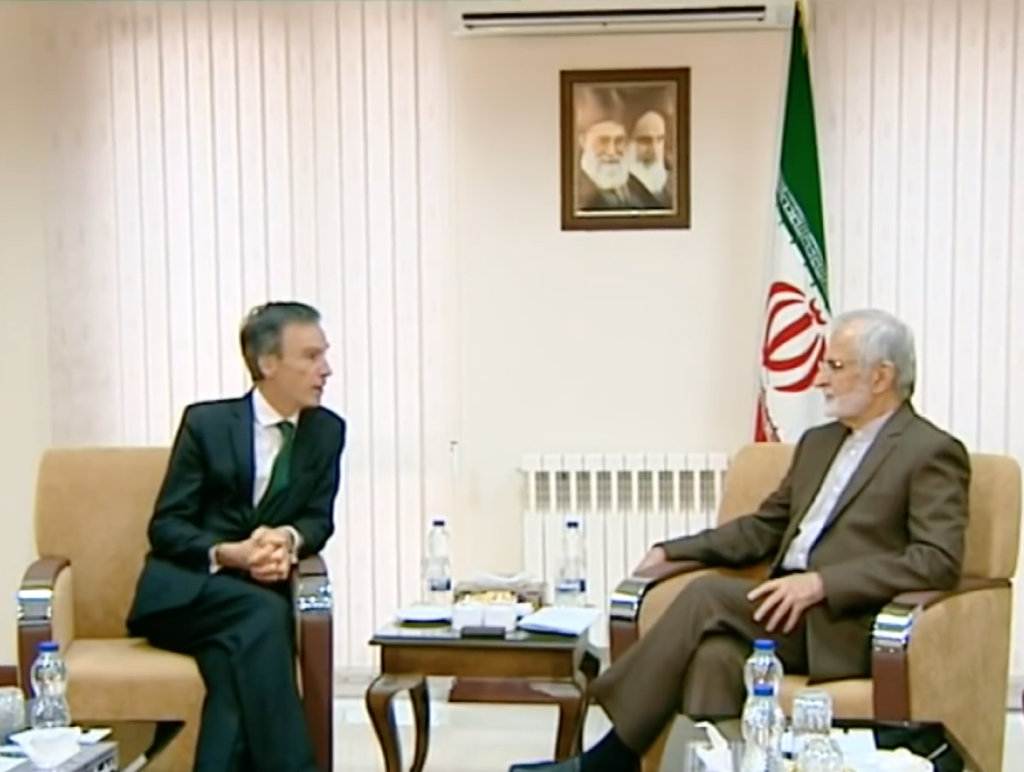 Tensions between the US and Iran have been steadily building for months. After the US pulled out of the Obama-era nuclear deal in 2018, it engaged in a maximum pressure campaign against Iran. The US imposed harsh economic sanctions on Iran’s oil and banking sectors. It called on Iran to give a full account of its nuclear program, and to withdraw support for proxy groups in the region. Meanwhile, the US designated Iran’s Islamic Revolutionary Guard Corps (IRGC) as a terrorist organization. Iran retaliated by designating the US military as a terrorist group. Subsequently, the US sent an aircraft carrier and bomber planes to the Persian Gulf. On the other hand, Iran decided to enhance its uranium enrichment.

During these tensions, some other incidents occurred as well which further aggravated the situation. The oil tankers were attacked in the Strait of Hormuz and the Gulf of Oman on 13th May and 13th June respectively, after which the US blamed Iran for these attacks. However, Iran denied the allegations. The already tense situation took a dangerous turn when Iran shot down a US military drone on 20th June. Donald Trump tweeted that he intended to retaliate against Tehran for the downed drone but called off a strike owing to the possibility of potential casualties. However, the US decided to sign arms sales with Saudi Arabia, the UAE and Jordan, because these sales would support its allies in deterring Iran.

Qatar’s working relations with Iran was one of the key reasons Saudi Arabia, the UAE, Bahrain and Egypt imposed a blockade against it two years ago. Specifically, Riyadh was frustrated with Doha as the latter didn’t go along with the Saudis’ harsh anti-Iran stance. Notably, the attempts to isolate Qatar have only pushed it closer to Iran.

Iran’s role in the region with its proxies and its influence in the Middle East has alarmed its rivals. Iran’s tactics to keep the enemy busy in other places before it knocks on their doors has given it an edge over its rivals in Yemen, Iraq, Syria and Lebanon.

Iran is not without friends. It was witnessed in Syria where joint efforts of Iran and Russia ensured continuity of the Assad’s regime. Russia and China would definitely come to Iran’s rescue in case of any misadventure by the US.

Recently, Qatari Emir Sheikh Tamim bin Hamad Al Thani visited the US amid heightened tensions in the Middle East and signed the deal for purchasing commercial planes and military equipment. The US is ready to make this arms sale despite Qatar’s pro-Iran stance. It is clear that the US is only benefitting its ‘military industry’ through this crisis by making arms deals with almost every country in the Arab world.

Notably, according to the ‘US Energy Information Administration’, the US oil imports from the Gulf plunged to a 30-year low this year. The declines have been driven by blockbuster American oil production and Saudi Arabia’s sharp supply cuts. The broader trend also reflects the US shale revolution and the Gulf producers’ desire to shift sales to the fast-growing Asian markets. This scenario reveals that a crisis in the Middle East would not affect the US oil demands.

The pressure might not be new for the hawks in Iran who would rather flourish on the anti-American sentiment, but its economic implications could affect the whole region, especially Pakistan. The State of Pakistan has been a direct victim of the ongoing war in Afghanistan. Any escalation between the US and Iran can prove to be fatal for the region. Likewise, the Afghan war has adversely affected regional trade. Another war can be a serious blow to the regional economy. Moreover, the possible chaotic situation may create opportunities for Daesh’s recruitment in the Middle Eastern countries as well.

In these rapidly changing dynamics of international relations, Pakistan has to make smart moves in every sphere. Pakistan must not align itself with any specific country; rather it should maintain good diplomatic relations with every nation including Iran, Saudi Arabia, Russia, the UAE, Qatar and Turkey.

Pakistan should invite the regional countries to take part in the CPEC project after consultation with China. It will involve stakes of the regional countries, leading to a stable environment. Moreover, Pakistan and Iran should promote barter trade. Similarly, other regional countries, including Qatar, should be engaged to gain economic opportunities, as well as employment for the skilled and unskilled Pakistani labourers. Meanwhile, Pakistan and Turkey should play their political roles in easing the tensions in the Middle East, urging them to make synergies.

Print PDFIn recent years, the Pacific region has witnessed increasingly intensified maritime and territorial disputes among different regional and extra-regional actors. This has affected not only the conventional security policies of the stakeholders involved, but […]