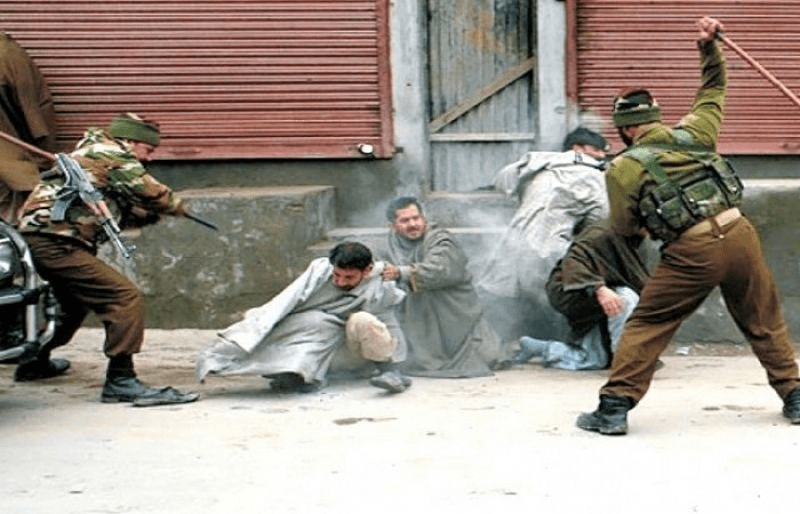 On 5th of August, 2019, Narendra Modi and his government unleashed a wave of suffering and punishment often seen in tribal and primitive societies and not in democracies to which India claims to belong. With clever tinkering of Indian legislative process, it did away with the special status that was granted to Muslim-majority Kashmir through the originally fraudulent, but acceptable to India, Instrument of Accession of October 26, 1947. This had been an ambition and election promise of Modi to his Rashtriya Swayamsevak Sangh (RSS) fanatics. They wanted to avenge the nearly 1000-year Muslim rule over India preceding the British colonial era. Such perceived “historical wrongs” are usually righted in the name of superior and lofty ideals of restoring the denied rights of a certain community.

The revocation or de-operationalization of Article 370 is tantamount to reneging on the agreements signed and promises made to the UN. Considering the Hindutva ideology of BJP, the legal gymnastics on their part was expected. But the inhumanity of the implementation strategy of their grand design was not. The 8.5 million Muslims of Indian Occupied Kashmir (IOK) are locked up in their homes for nearly four weeks now. People are dying of hunger, and sickness due to a lack of food and medicine. Their relatives outside of Kashmir have no way of contacting them. The state is cut off from the rest of the world. International media is not allowed to cover the situation in Kashmir from within. Opposition leader, Mr Rahul Gandhi, was not allowed to leave the airport on arrival at Srinagar.

All this is being done ostensibly to make life better for Kashmiris. The world at large fails to see the persecution and violence perpetrated by the Indian state. All those opposed to slaughter of cows and other animals as sacrifice are not moved by the wanton and merciless killing and torture of Muslims. The world that is so bothered by the rights of rats, that all cosmetic and other beauty products on the shelves of supermarkets, bear a certificate that the product has not been tested on animals, but it does not show the same compassion and consideration towards Muslims, and their genocide seems to be acceptable to all non-Muslims barring a very few exceptions.

The video-clips that manage to escape the digital and physical blockade in Indian Kashmir, are too disturbing. The people subjected to torture beg their tormentors to kill them rather than physically abuse them. The tales of torture are too horrendous. The blinding by the use of pellet guns seems a benign and benevolent punishment compared to tying young men and dragging them behind vehicles on roads or making road-rollers crush limbs of living persons. There are other insufferable torture techniques at the disposal of barbaric security forces deployed in Kashmir that one doesn’t have the heart to allude to. How can any human ever imagine doing this to another human, no matter what the intensity of hatred and bigotry!

In the past, there were instances of communal violence between Hindus and Muslims in India. They were provoked by events that stoked anger, but it was never encouraged or supported by the government officials or party officeholders. BJP has transformed the ethos of Indian polity from secular to Hindutva. Now the minorities virtually have no rights. They are expected to live and die at the pleasure and discretion of Hindu mobs backed by BJP and RSS leadership. The fear and fright amongst the victims is total.

Reportedly, teen-aged boys from 6000 families have been take away by force and transferred to jails and camps outside Kashmir. A larger number of girls have been abducted and placed at the disposal of Hindu mobs, who are known to use rape as a weapon of war of subjugation. This is being done to break the will of the populace who live under the constant threat of the bad news that security forces may bring about the custodial deaths of their family members. An engineered famine is being created to attain the same objective. This also shows that the Indian government has given up the intent and hope of ever winning the hearts and minds of the Kashmiri citizens. That any way would have been a long-drawn and difficult struggle, so they have in their judgement decided that total extermination of the Muslims is the best solution akin to Hitler’s strategy for the Jews during WWII.

That this level of state terrorism and crimes against humanity are allowed to go on is unprecedented. In Africa, tribal conflicts have seen such mindless violence but to see this being perpetrated by security forces of the largest democracy of the world, armed to the teeth against unarmed men, women and children is awful. Even more saddening is the world’s apathy toward this genocide and hateful massacre against a religious minority which has been stigmatised on the basis of Islamophobia. How can powerful officeholders ignore what is going? It’s not that they don’t know about these crimes; it sadly looks like the end of humanity!

Print PDF“Every age has its own kind of war, its own limiting conditions, and its own peculiar preconceptions.” —Carl von Clausewitz Hybrid war is a way of waging a comprehensive conflict against an adversary. Nation […]