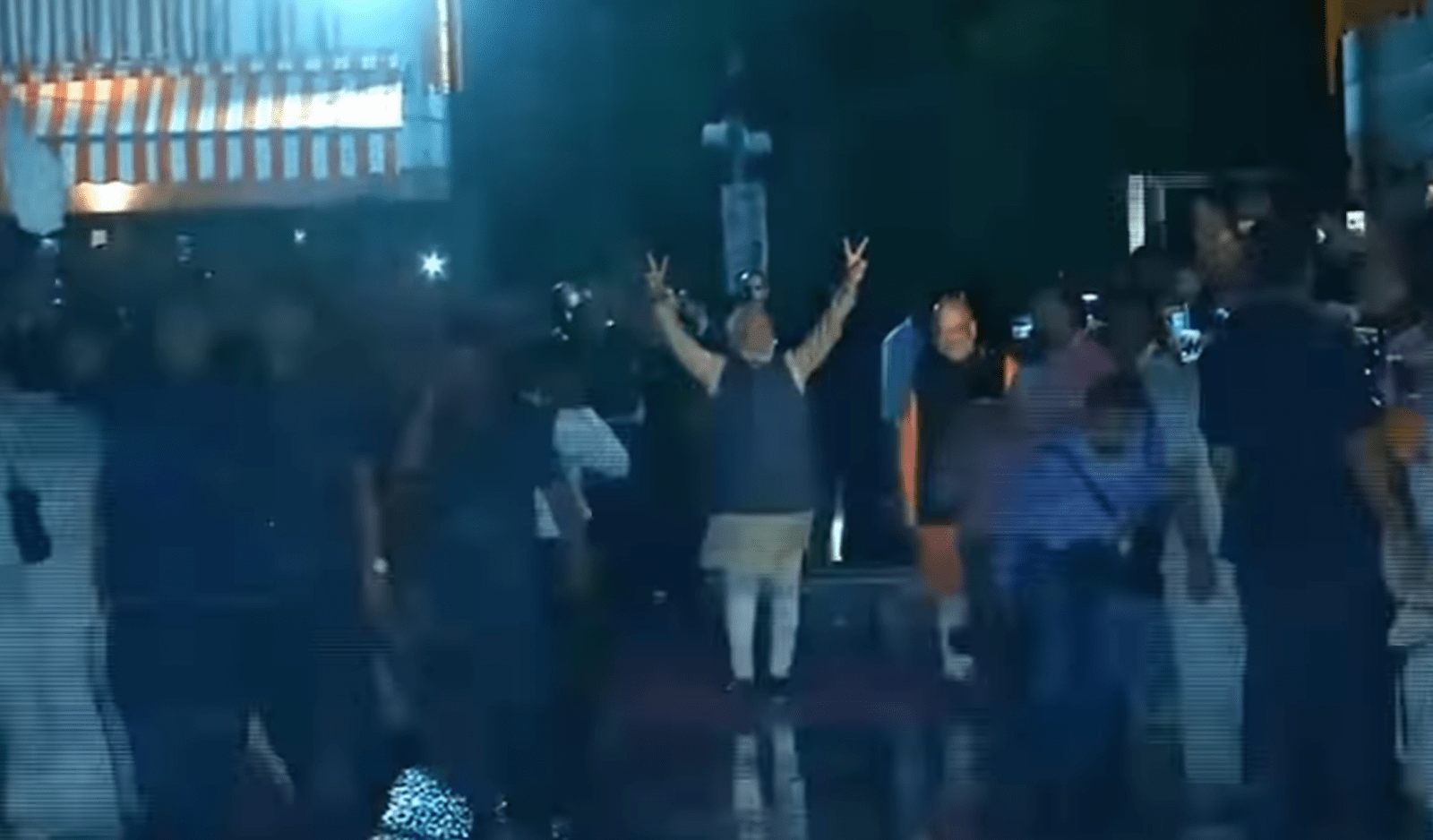 During his victory speech celebrating his re-election to a second term in office on May 23, 2019, Indian Prime Minister Narender Modi declared his win the  “guarantee of a bright future for the common people” of his country. The election was the outcome of the BJP displaying Modi “as a muscular nationalist firmly rooted in the Hindu rightwing movement.”  As a staunch member of the Hindu rightwing movement, Modi’s rise has finally ended the very façade of a secular India. In Modi’s own words, “You have seen that from 2014 to 2019, the people who used to talk about secularism have now gone quiet. In this election, not one political party has been able to deceive the people of India by wearing the label of secularism.”  That the recent military standoff with Pakistan helped boost Modi’s chances further is a foregone conclusion. Ironically the 2019 Indian election also coincided with the 21st anniversary of the country’s Pokhran II tests conducted in May 1998.

In the aftermath of the IAF Strike in Balakot Prime Minister Narendra Modi made numerous references to nuclear dynamics between India and Pakistan providing his previously fragile campaign with a much-needed boost.  Although the effect of national security on voting behaviour in India remains debatable, there are several examples supporting this view. Sceptics have however dismissed the notion arguing it is difficult to separate the impact of national security issues from other factors influencing the outcome of previous elections. Notwithstanding such concerns, successive BJP and Indian National Congress-led governments have benefitted during elections as a result of India Pakistan relations.

For example the  BJP–led government’s so-called “surgical strike” across the line of control in Kashmir in 2016 helped the party win the state elections in Uttar Pradesh (UP). Posters welcoming the surgical strikes were a significant feature of the BJP’s election campaign. The 2009 general election took place in the aftermath of the 2008 Mumbai attack. Although the opposition criticised Prime Minister Manmohan Singh’s Congress party-led coalition government for not retaliating, not only was the coalition re-elected, the Congress party was also able to win an additional sixty-one seats. Terrorism and an anti-Pakistan sentiment thus emerged as issues of national importance that needed both the government and opposition on board, to be dealt with effectively.  The October 1999 general election took place three months after the Kargil crisis helping the BJP-led coalition’s return to power. Even as far back as the 1970s, it was an India-Pakistan war that helped Indira Gandhi’s government make gains in the state elections held in 1972 by significantly contributing to her image as a “strong” leader.

In the most recent example,  Modi’s decision to sanction and tout the Indian Air Force (IAF) strike in Balakot in the wake of  Pulwama helped shift the campaign narrative in his favour.  During the 2018 state elections Modi’s economic performance and his inability to deliver on his promise of “acche din or (good days)” led to his party’s defeat vis-a-vis the Indian National Congress. Fast forward a few months and the 2019 IAF strike, as well as an anti-satellite test in its wake, gave the BJP  a chance to  convince voters that it  had been able to at least deliver on the “international element of acche din.”  According to PM Modi, the test would “have a historic impact on generations to come.”  Incidentally, the announcement came mere weeks ahead of the national elections and amid the BJP’s efforts to convince the electorate of its hawkish views on issues relating to national security. The Modi government also made casual references to India’s nuclear capabilities versus Pakistan. For example, during a campaign speech in Rajasthan on April 22, 2019, Prime Minister Narendra Modi threatened Pakistan with the use of nuclear bombs, saying India’s nuclear arsenal had not been saved for Diwali. Earlier on April 17, 2019, Modi boasted that India had called Pakistan’s nuclear bluff.

In doing so, the BJP leadership ensured that Modi’s victory became synonymous with ensuring the country’s national security. The narrative undoubtedly made voters overlook several other important factors that otherwise had the potential to mar the BJP’s victory. In essence, national security issues that previously did not enjoy public resonance at least in electoral politics have now gathered even stronger public support and could potentially influence India’s strategic thinking in future. If public opinion gets stronger, New Delhi will have to satisfy the demands of its electorate, even as it tries to weigh the costs associated with a proportionate response against Pakistan. Indian actions after both Uri and Pulwama prove that public opinion has become an important element shaping Indian strategic thinking.

The risks associated with such developments require the creation of a bilateral escalation control mechanism between the two nuclear-armed countries. Ironically the BJP’s election victory could provide the opportunity for such a mechanism to come about. Notwithstanding the BJP’s often hawkish views on foreign policy and the fact that it often criticises the Congress party for taking a softer approach toward China and Pakistan, it, too, has made overtures to both countries when in power. Pakistani Prime Minister Imran Khan’s April 2019 assertion about better chances of peace talks with India if Prime Minister Narendra Modi’s Bharatiya Janata Party (BJP) wins the general election may thus prove to be true. After all, Modi no longer requires the Pakistan card to gather votes. He does, however, stand to gain greater acclaim and recognition from renewed efforts at forging peace with Pakistan and perhaps undoing the damage that his campaign has caused to India’s secular foundation.

Bhartiya Janata Party: Is fascism its manifest destiny or a power-fever?

Print PDFIt would not be impossible to prove with sufficient repetition and a psychological understanding of the people concerned that a square is in fact a circle. They are mere words, and words can be […]