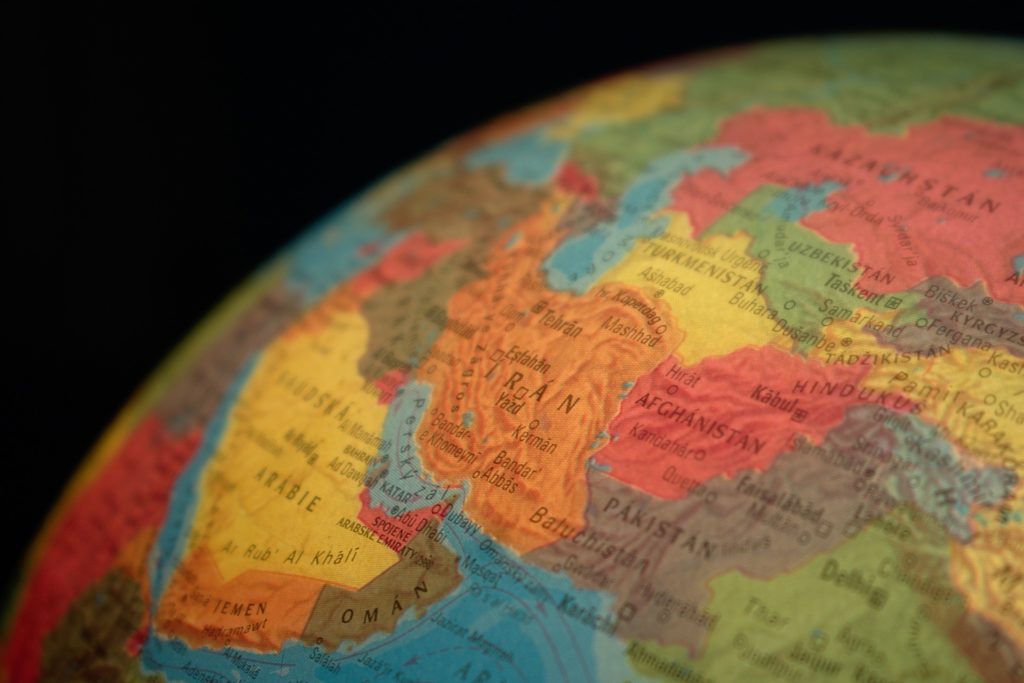 History repeats itself, first as a tragedy, second as a farce

The USA, being the victor of the Second World War, has asserted its decisions and made its presence known all over the world for almost a century now. The second half of the 20th century was the battle of two superpowers, i.e. USA and USSR. The middle east’s importance has categorically increased since the proliferation in the use of crude oil and mushrooming of western industrialization, followed by the rapid globalization of the 1970s’.

America’s interests in the middle east were put at risk when Jamal Abdul Nasser nationalized the Suez Canal and seized all foreign assets in 1956. Although the canal deal was between England and Egypt, the western powers came together, under the U.S.’s lead and launched a military attack. The defence of western interests was successful, Egyptians stood defeated on their own soil.

But after this stint with Egypt, the U.S. realized it needed a watchdog in the Arab region; thus, it boosted Saddam Hussain’s morale and increased the support for empowering Israel economically and militarily. The failed Arabic-Muslim stint of the Six Days War, 1967 also added more volume to the U.S.’s voice, because its ally had just defeated three countries fair and square.

Saddam was doing a great job as the U.S. mouthpiece, but then the Iranian Revolution occurred in 1979. The fall of Reza Shah (a U.S. ally) and the subsequent fuming anti-American sentiment in Iran needed to be curtailed. Therefore, the bloody Iran-Iraq or the Whirlwind War commenced. It lasted for eight years, i.e. 1980-1988. Although both sides were exhausted by the end of it, it kept the revolutionary flames from spreading beyond Iranian borders.

As Iraq invaded Kuwait soon after 1988, intoxicated with the victory, of course, U.S. decided to cut its power and sent its troops for the protection of U.S. interests in the region. Iraq was taught the lesson, and its leash tightened. And then, the middle east became irrelevant for almost a decade. Till 2003 when the second Gulf War began as the U.S. launched a coordinated attack on Iraq to free the people from Saddam, the tyrant and enemy of democracy.

Dismantling of Iraqi power structure created the vacuum for non-state proxy elements to move in. Iraq became the hotbed of neighbouring countries’ shadow wars. Saudi and Iranian backed militias tried each other out on Iraqi soil. The lower strata were butchered in the name of sect and religion while the power holding elite hovered over the country’s resources.

In this quagmire of uncertainty, Arab Spring arose, and a new wave of reform made its way around the Middle East. Reigns were toppled; Egypt, Libya, Syria, in fact, it seemed like the people of the Middle East were waking up to the call of democracy. But sweet dreams do not last forever. Hosni Mubarak was replaced by Muhammad Morsi, who was toppled by his military chief within a year. The demise of Moammar Qaddafi pushed Libya into a perpetual civil war. Bashar-al-Asad took over Syria from his father, Hafiz, but the regime could not control the growing unrest and fell into the civil war also.

The U.S. backed proxies created to fight the Soviet Union were left unchecked after USSR’s withdrawal from Afghanistan. These non-state militant actors developed thinking of their own during the 1990s and used religious sentiment to garner support from the public of Muslim countries, based on their pretence as waging Jihad against the infidels.

But these elements became actively involved in global politics after 9/11. After Iraq’s invasion of 2003 and the Arab Spring followed by regime toppling, the political ley lines of middle east became the open ground for proxy wars, and Syria has been the battleground since 2011. American backed Free Syrian Army, regime coalition forces with Russia and Iran, Kurdish oriented Syrian Democratic Forces, Islamic State of Iraq and Levant (an Al-Qaeda offshoot), Hezbollah and numerous other splinter groups have been engaged continuously with each other for almost a decade now.

USA has now categorically declared that ISIS has been defeated, but the region’s return to normalcy is far from near.

The recent developments between the U.S. and Iran are a depiction of anything but a desire to resolve matters peacefully. USA’s abandonment of JCPOA, imposing sanctions on Iran’s oil export and squeezing Iran’s market space is not in resemblance with diplomatic maturity.

Most recent of these actions being the deployment of B-52H bomber planes, USS Abraham Lincoln carrier strike group, a guided missile cruiser and four guided missile destroyers, plus the contemplation of deploying almost or more than 120,000 troops in the region to avert any kind of “threat from Iran”. The hawks in the White House might be eyeing themselves another gulf war, which may benefit their far-right agenda of wartime economy boosting and pumping more dollars into the ammunition and oil business. But a direct confrontation at this stage in the middle east might not be the best of strategies for the U.S.

The reason is that it is not the same middle east that it was at the time of the first or second Gulf War. Power dynamics have changed, and everything has become a lot messier for better or for worst. The U.S. was and might be calling the shots from a distance for many years now, but actual presence might land it in quicksand. Hezbollah is still strong and is proving a bane for Israel. Bashar is winning in Syria. Tayyab Erdogan is already leaning to Russia’s side, since America’s support for Fethullah Gülen.

Now the condition might seem suitable to the U.S. for intervening directly and “finishing off” Iran because it has Egypt’s Sisi, Saudi Arabia’s MBS and Israel’s Netanyahu on his side, which seems like the new powerhouse of Middle East, but ground realities are different. One clear fact about proxy wars is that everything is confusing, and nothing is as it looks. And the Middle East has been marred with proxy wars for almost two decades now. The U.S. has already been trying to find a peaceful resolution with the Taliban in Afghanistan since Trump came into power. The humanitarian crises in Yemen are already harrowing, Libya is again under siege, and Israel has relaunched its draconian extermination campaign against Palestine. If the U.S. forces land and meddle in the affairs of the Middle East directly, it is going to be an epic tragedy.

Indian Ocean: The Strategic Heart of the Maritime World

Print PDFIn a world of complex interdependence, the political center of gravity has shifted from land to oceans, but the knowledge and cognizance of oceans remains fragmented and specialized. Various states and international actors have […]