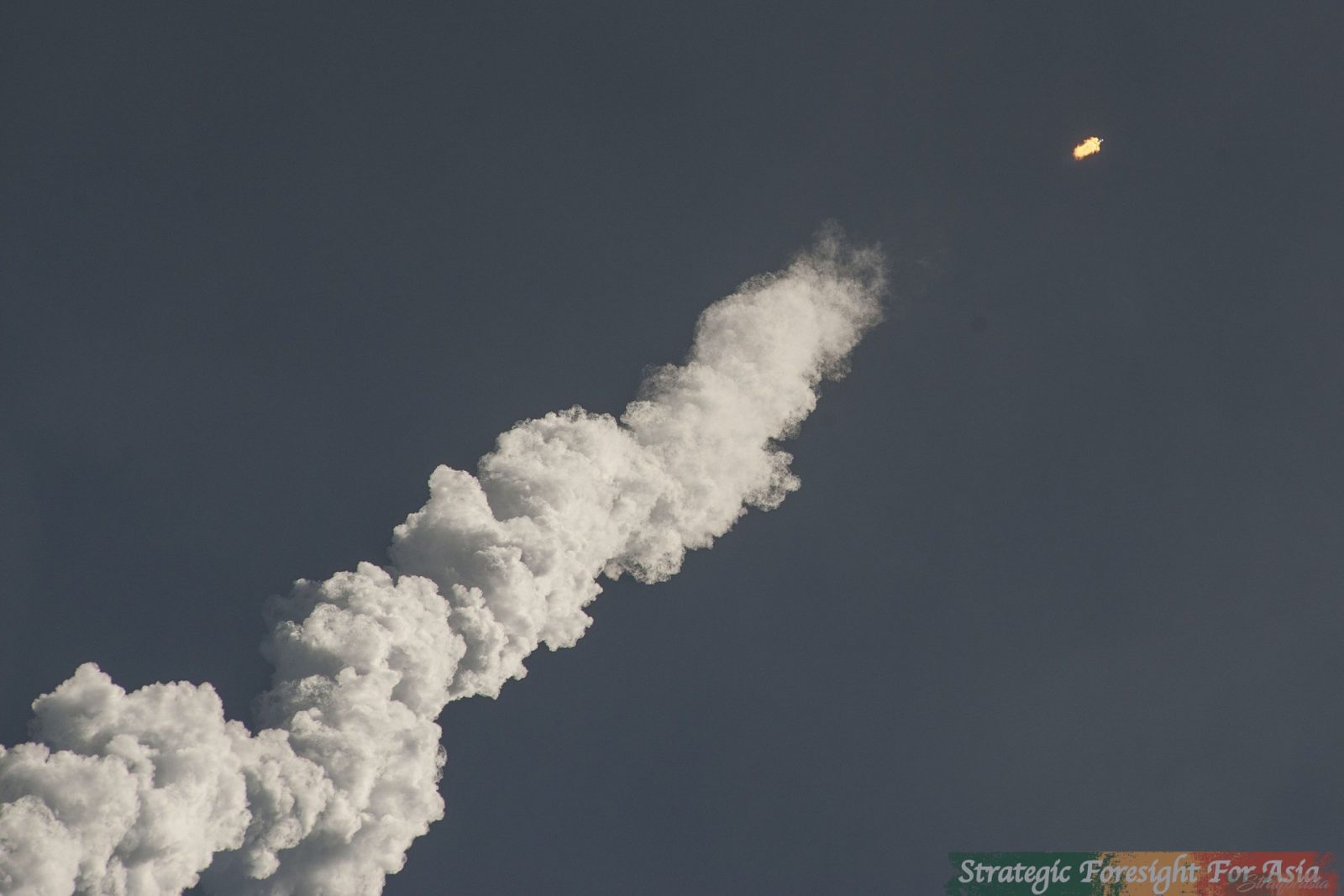 India tested its anti-satellite (ASAT) weapon on March 27, 2019, and claimed that it has joined the ‘elite’ club of four that possess the capability to shoot down satellites in space. Terming it as a major achievement PM Modi drew parallels with India’s nuclear tests of 1998, and declared that be it a “land, sky or space, my government has shown courage to conduct a surgical strike in all spheres.” This was an apparent attempt to satiate Mr. Modi’s bruised ego and to use the test for short-term electoral gains, but the claim of developing surgical strike capabilities in all three domains has further exposed the perpetual disconnect between India’s strategic ambitions and its military capacity.

India had earlier claimed in 2016 that it carried out a land-based surgical strike and even celebrated the anniversary of an event that Pakistan says never happened, and therefore there was no response to it. Emboldened by the domestic reaction to an earlier ‘perceived strike,’ India in Feb 2019 launched what it termed as a ‘non-military’ aerial surgical strike. This also proved to be a failure, since India could not produce any evidence to validate its claim of killing more than 300 militants in ‘Balakot,’ and neither any other independent source could substantiate India’s claim. More recently, India tested an ASAT missile that has created a ‘mess,’ and the U.S. has termed it as a “terrible thing” that could threaten the international space station.

According to NASA, the recent Indian test has led to around 400 pieces of debris that would continue to loiter in space for many years posing significant risk to about 2000 satellites that are operating in the Low Earth Orbit (LEO). Some reports also suggest India’s first attempt to conduct an ASAT test in February 2019 had failed, and the U.S. knew about it but made no effort to restrain India from engaging in a space race. The second test nevertheless was a success but is seen as PM Modi’s attempt to take his re-election campaign into outer space, where no one would be questioning him whether he actually hit the target or not.

The Indian ASAT test is seen as disturbing by India’s regional adversaries, especially Pakistan that views it as “reminiscent of Don Quixote’s tilting against windmills.” In a subsequent reaction, Pakistan’s Ministry of Foreign Affairs termed the test as “a matter of grave concern” not only in terms of the space debris created but also the “military dimension of such actions and its implications on the global and regional peace, stability and security.”

India’s ASAT test is most likely part of India’s ongoing efforts to build a credible ballistic missile defense (BMD) capability since both technologies have many commonalities, and some experts have also called the recent ASAT test as a ‘baby BMD test.’ Ironically the U.S. that is operating the most number of satellites, in its 2019 Missile Defense Review, promised that it will help India build its missile defense capabilities. This would, in turn, help India to improve its ASAT capability, which could become a potential risk to the 568 satellites operated by the U.S. alone, besides allowing it to keep the satellites of other 88 countries hostage.

India was developing its BMD/ ASAT capability for the last several years. Its membership of the Missile Technology Control Regime (MTCR) that allows it to access sensitive dual use technologies may have helped, and subsequently encouraged India to test its anti-satellite weapon. India is likely to follow a similar model and could test its thermonuclear weapons in the future, to validate warhead designs for its ICBMs, if the Nuclear Suppliers Group (NSG) is also coerced to grant India a full membership.

From the Indian perspective, the test seems to have three possible objectives. One, it will enhance India’s image of a technologically advanced country at par with the other three space-faring nations – the U.S., Russia, and China. Two, an ASAT capability could be aimed at developing ‘space deterrent’ against China; and finally, to build a credible BMD capability against Pakistan.

After the recent ASAT test, India may have emerged as a technologically advanced country, but it has also joined the group of four ‘space polluters.’ But if India’s intent is indeed to develop a credible ‘space deterrent’ against China then it is logical that after demonstrating its kinetic capability “India must declare a ‘No First Use’ policy for its demonstrated capability of kinetic destruction,” and opt for a non-kinetic means that does not create space debris, argues Lt Gen (Retd) Prakash Menon.

India’s ASAT test, as part of its BMD development program, is likely to impact strategic stability in South Asia. It could provide the Indian decision makers a ‘false sense of security,’ encouraging them to consider a pre-emptive counterforce strike against Pakistan – to deny or degrade the latter’s potential to respond with nuclear weapons. This seems to be in line with the ongoing chatter amongst India’s strategic enclave with some already arguing that India should give up its ‘No first Use’ posture and develop an option for a pre-emptive counterforce strike against Pakistan.

Pakistan’s former Head of the Strategic Plans Division (SPD), Lt Gen (Retd) Khalid Kidwai, while speaking at a seminar last year had stated that Pakistan has never allowed the strategic balance to be disturbed and “we have always found effective solutions to redress induced imbalances from time to time.” Terming India’s BMD system as symbolic, Gen Kidwai was of the view that Pakistan has already acquired cost-effective solutions in the form of multiple independently targetable re-entry vehicle (MIRV).

These solutions may be sufficient for now, but if India continues to improve its ASAT capabilities by employing non-kinetic or even kinetic means against the command and control structures, Pakistan could be forced to respond. It is however unlikely that Pakistan would engage in a costly arms race in space, which would be difficult to sustain for both countries.

India’s Ministry of External Affairs (MEA) in its official response also tried to lower the military salience of the ASAT test. In its explanation provided in the form of FAQs, it stated that “India expects to play a role in the future in the drafting of international law on prevention of an arms race in outer space including inter alia on the prevention of the placement of weapons in outer space in its capacity as a major space-faring nation with proven space technology.” It is quite likely that India’s fear of being left out stems from its experience of Nuclear Nonproliferation Treaty (NPT) that does not recognize the nuclear status of states that conducted tests after the cut-off date of 1st Jan 1967.

This justification provided by the Indian officials seems to be a ruse, to pacify international concerns. India maintained a similar position when it was part of the negotiations on the NPT and CTBT, but once these treaties were finalized India declared these as ‘apartheid.’ It is therefore quite likely that India would use its new status of a space ‘superpower’ for negotiating future initiatives (if at all happens), but is unlikely to sign any legally binding international instrument that could limit its ambitions towards the ‘final frontier.’

Print PDFThe first batch of 5 Rafale jets landed at the Ambala airbase in India on 29th July, 2020. The induction of these fourth-generation jets has been hailed widely in India and the notion prevails […]

Print PDF Your civilization will commit suicide with its own dagger What’s built on a shaky foundation will not last long  Allama Dr. Iqbal Pakistan’s Poet Philosopher   Just in case one didn’t agree with […]