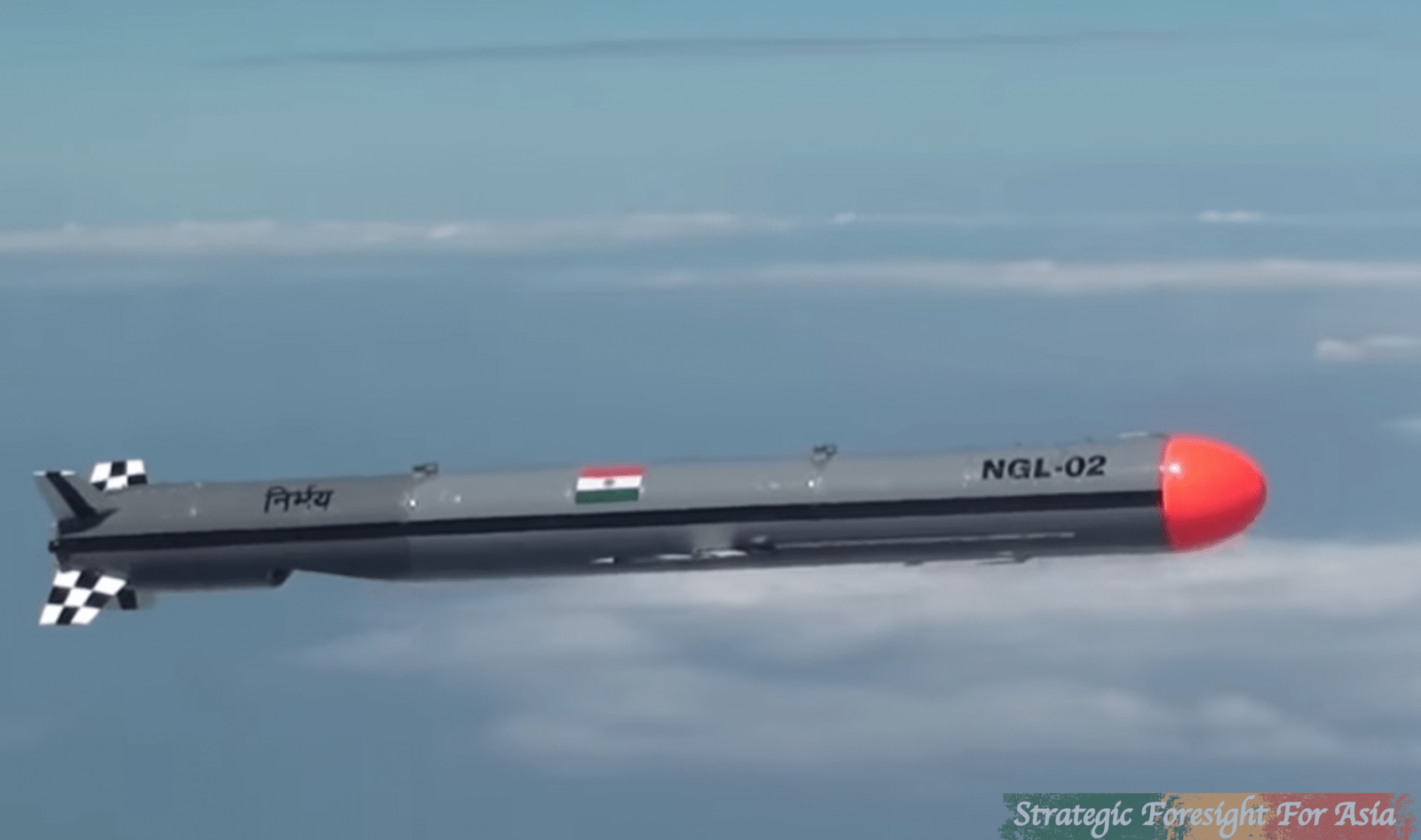 Marred with controversies and consecutive failed tests, the ‘Nirbhay’ cruise missile was successfully test-fired on 15 April 2019. The missile was tested for the sixth time and was reported successful according to Indian news reports. Earlier, after repeated failures, the indigenous missile program was given a timeline of eighteen months to prove its success before it could be called off. However, the so-called successful test in November 2017 saved the program.  Calling off the program completely would have been a major setback for the indigenization efforts currently pursued by India. Such a step would have also negatively affected the morale of the Indian scientific community and the reputation of its defence solutions provider, the Defense Research and Development Organization (DRDO).

Nirbhay is a land attack sub-sonic cruise missile capable of carrying both conventional and nuclear warheads to a range of 1000kms at a speed of 0.6-0.7 Mach. It will also reportedly have air and sea-launched variants in the future. It remains to be seen that if a sea-launched variant will be deployed on India’s nuclear-capable submarines (SSBNs) or deployed onboard surface vessels like Dhanush. Nonetheless, it remains a distant possibility given the difficulties in the current variant which have landed a lot of disappointment for the Indian DRDO. The missile is guided by INS/GPS with an active-radar terminal seeker. A dedicated Indian navigation satellite is likely to help improve the accuracy of the system. India’s increased interest and investment in space-based capabilities show its intent to augment its missile program for more precise and accurate counterforce targeting.

There has been a lot of debate regarding the operational requirements of Nirbhay provided that India has already tested cruise missile BrahMos which will soon have a similar range as that of Nirbhay. The extended range of BrahMos is in the news since India became the member of the missile technology control regime. The 800 km BrahMos-ER is under discussion between India and Russia following the latter’s accession to the group. Given that BrahMos is an Indo-Russia joint venture, India might refrain from using it in a nuclear role. Despite such an understanding, owing to MTCR’s restrictions, India going in the other direction cannot be ruled out keeping in view the Indian record of diverting foreign supplied technologies and materials. There have already been reports to this effect in mainstream Indian media. If used in a nuclear role against China, it can raise Chinese concerns vis-à-vis Russia. However, India will face no such limitation in using Nirbhay as a nuclear-tipped missile. Therefore, the rationale for developing Nirbhay is to acquire an indigenous stealth nuclear delivery system.

India media has often portrayed Nirbhay as a game changer in India’s strategic calculus by claiming that the missile will enable India to carry out surgical strikes and back up India’s Cold Start Doctrine (CSD). CSD envisages limited, precise strikes across the border. However, it is hard to ascertain the actual role of Nirbhay in operationalizing CSD. Even though cruise missiles are considered to be less costly than ballistic missiles. The Nirbhay’s development has proven to be a very costly and time-consuming endeavor for India’s scientific establishment owing to multiple failures. If Nirbhay remains an expensive weapon, using it in a conventional role will outweigh the effectiveness when compared with the total cost. Is there a nuclear angle to CSD then? It needs to be further investigated as to what India aims to achieve by the introduction of another nuclear-capable missile to its existing inventory of thirteen nuclear delivery systems. A dual-capable and more usable cruise missile is only likely to increase the risks of misperceptions and miscalculations.

On the other hand, BrahMos can be used to back up CSD as it is likely to be used in a conventional role and can be a more viable option for conventional preemptive strikes. However, the agility of the missile is not suitable in terrains like Kashmir increasing the chances of failure. Nevertheless, it would still be able to achieve significant political objectives if not military.

The claim that Nirbhay can be used for supporting military surgical strikes was manifested during the recent crisis between India and Pakistan, where Indian media reported that India had deployed its missiles close to international borders. Such reports point to the fact that India will not hesitate to opt for nuclear war-fighting hence instigating crisis instability.

Furthermore, the missile also provides for a stand-off weapon system as it is difficult to detect and intercept by virtue of being a cruise missile. As cruise missiles are best suited for counter-force targets; therefore, Nirbhay with advance seekers and navigation system can well be used for preemptive counterforce strikes. Given India’s ever increasing intelligence, surveillance and reconnaissance capabilities, counter-force nuclear operations cannot be ruled out. In a recently published book India and Nuclear Asia, Yogesh Joshi and Frank O’ Donell have argued that Prahaar, BrahMos, and Nirbhay are likely to be used in a nuclear role. There are no political limitations against fielding a tactical nuclear weapon. Thus vindicating Pakistan’s concerns that India is moving towards nuclear war-fighting strategies.

India has lately been issuing statements about preemption and counter-force targeting which signals a clear deviation from its earlier policies of NFU, massive retaliation and credible minimum deterrence. All these new weapon systems (BrahMos, Prahaar, Nirbhay, Pralay) already indicate that India is determining flexible response options by having both counter-value and counter-force targeting capabilities.

Indian counterforce technologies will push it towards pre-emption against an adversary that has relatively modest nuclear forces. This temptation is going to increase as Indian confidence in its Ballistic Missile Defense (BMD) capability increases. With a ready nuclear arsenal, counter-force capabilities, and BMD system; the deterrence stability is likely to decrease. As solely targeted towards Pakistan, these systems are inherently destabilizing for the India-Pakistan deterrence stability and further compel Pakistan to take counter-measures hence increasing the likelihood of an arms race in South Asia. This presents a fail-deadly model which cannot enhance deterrence stability.

Tanzeela Khalil has done M. Phil in Strategic & Nuclear Studies from the National Defence University, Islamabad. She is also a former visiting fellow of the Research Society for International Law, Lahore.

She can be reached at [email protected]