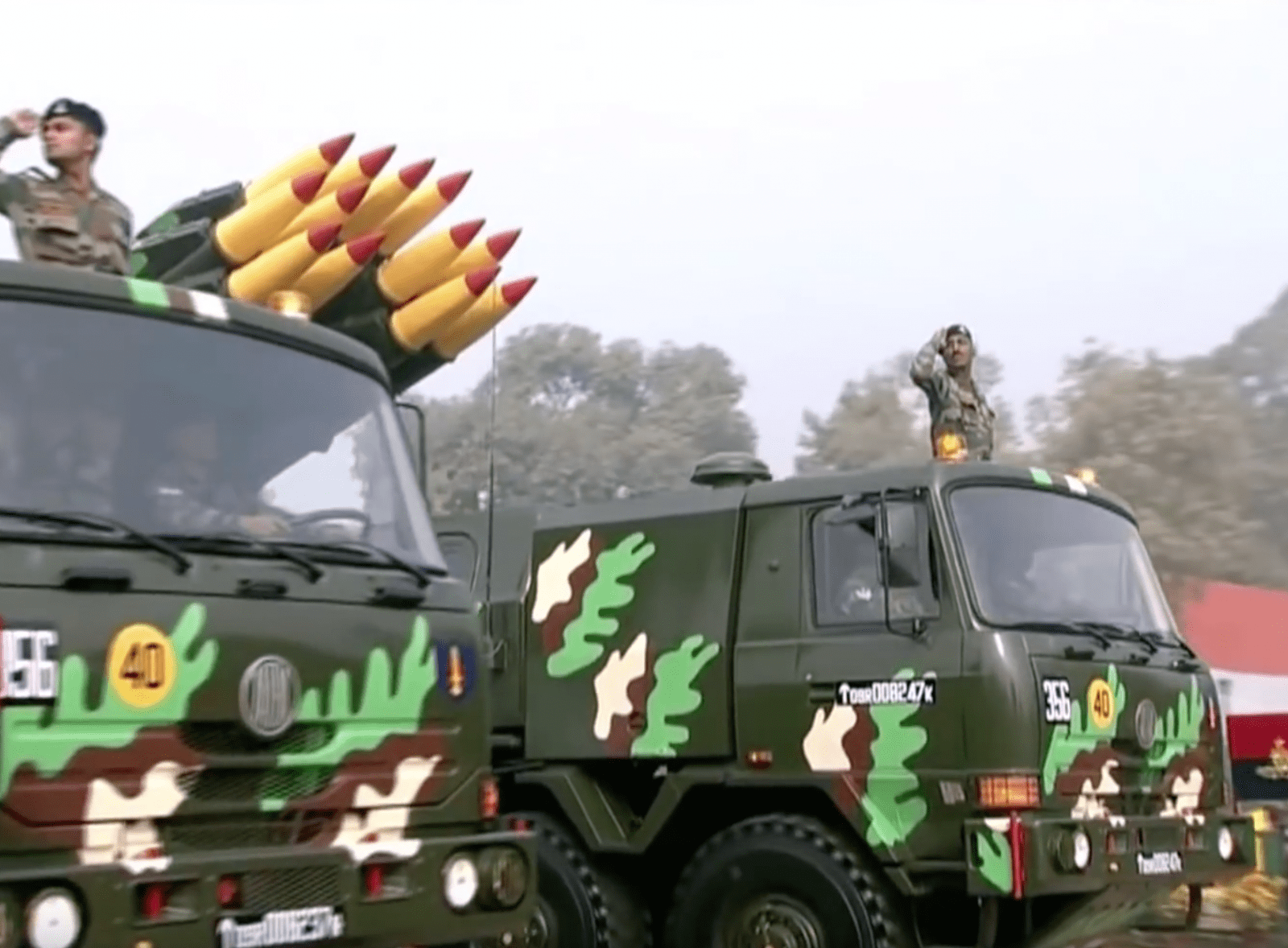 It will extremely be difficult to define both the parameters and general trends in nuclear behaviour. Conceptualizing responsible nuclear behaviour is difficult, given that we live in a complex world where every nuclear weapon state considers itself to be a responsible and where nuclear weapons continue to exist amongst only a few countries. Of these, the U.S. and Russia continue to possess more than 90% of the world’s total number of nuclear forces, but nuclear technology is enjoyed by many countries. Most of them are members of the Nuclear Nonproliferation Treaty (NPT) – the most significant treaty in the so-called contemporary global nuclear order when it comes to non-proliferation. A self-declared responsible nuclear weapons state can be misperceived as an irresponsible one by others.

Before elaborating on general trends in the existing nuclear order, it is important to unpack and specify the framework of responsible nuclear behaviour because much then depends on the following imperatives: nuclear doctrinal postures; force modernization; the introduction of new technologies in both the conventional and nuclear domains; nuclear proliferation; non-proliferation; arms control; nuclear disarmament; and/or nuclear safety and security both in terms of establishing a safe, secure, and reliable command and control mechanism, and preventing non-state actors from holding hands on nuclear-related facilities. All these imperatives can be linked up with the state’s responsible nuclear behaviour, though it will be difficult to define the exact parameters of such behaviour as it could vary from one nuclear weapon state to another.

First, since the advent of nuclear weapons, each nuclear weapons state attempts to institutionalize a program underscoring responsibility in each aspect of its nuclear strategy. Considerations include why a state goes nuclear in the first place, who is it that it wants to deter, who are the responsible people in a proposed robust command and control mechanism other than the state’s leadership, what strategic factors will determine the increase and decrease of its deterrent forces, and most importantly how, when, and where a state will use its nuclear weapons. Declaring that a nuclear weapons state is responsible because it practices a no-first-use doctrine is incorrect, as it would assume that other nuclear weapons states may be irresponsible if they opt for first use. Since Hiroshima and Nagasaki, no nuclear weapons state has used these deadly weapons. This reflects that nuclear deterrence extends nuclear peace; it worked in deterring bigger wars between rival nuclear weapon states, despite the risks for miscalculation and inadvertence.  Doctrinal postures are crafted after careful deliberation that is meant only to deter, to create fear of mutual destruction, and compel the adversary to think of the strategic consequences before using nuclear weapons.

Presumably, responsible behaviour can be determined by certain parameters when it comes to nuclear doctrinal posture. One, a state possessing nuclear weapons cannot threaten to use them every time, even amid a serious crisis that can be settled through retaliatory conventional forces to deter the adversary. Two, a nuclear weapons state cannot refrain altogether from political and diplomatic statements on the existence of nuclear weapons and related delivery systems, to retain the credibility of nuclear deterrence; nor can it stay away from nuclear signalling and nuclear brinkmanship from time to time when it is absolutely necessary. Without this, a potential adversary may presume calling a nuclear bluff which can significantly undermine the credibility of nuclear deterrence of that particular region. Therefore, testing new ranges, demonstrating new technologies, force modernization, political and diplomatic statements, nuclear signalling, and nuclear brinkmanship are some of the key general trends in the contemporary nuclear behaviour largely practised by nuclear weapon states. Three, it might be difficult for a state to declare exactly how, when and where it will use its nuclear weapons, for obvious reasons, and many nuclear weapon states may not even wish to declare such parameters of nuclear use; but, a nuclear weapon state declaring that it will not use its nuclear weapons when it is never needed, but may use it when it is always absolutely required, can also be a general trend depicting a responsible nuclear behavior. However, this framework of always/never nuclear dichotomy should be free from too much nuclear ambiguity. A state can neither be too ambiguous nor too open towards the contemporary complex strategic environment.

The second broader general trend in responsible nuclear behaviour is the approach towards and dimensions of nuclear arms control in general and nuclear disarmament in particular. Interestingly, all international non-proliferation regimes, including the NPT, have a common goal of nuclear disarmament between nuclear and non-nuclear weapons states. It is significant to note the general trends in states’ nuclear behaviour are that although arms control is in place between two or more than two nuclear weapons states, nuclear disarmament is not happening anywhere in the world; and it might not happen any time soon in either the immediate or the foreseeable future. The non-nuclear weapon states might call this an irresponsible approach, since major nuclear powers have yet to meet the pledges they made on nuclear weapons disarmament, including the delivery systems they developed.

Nuclear weapons states must reflect on this key question: One, can a world free from nuclear weapons be more peaceful and stable? The general trend in the existing nuclear behaviour is that all nuclear weapon states love the bomb and those states that face acute security threats may wish to acquire nuclear capability for security and deterrence purposes. At least, no nuclear weapon state will be willing to disarm very soon, even if they do not face urgent security threats. Realistically speaking, these states always presume that war is inevitable, and nuclear weapons can be the ultimate source for their survival. Two, can the international non-proliferation regime guarantee a much more peaceful and stable world free from nuclear weapons where norms, values, identity, culture, history, ideas, religion etc. will be cherished and respected? In a contemporary global nuclear order, responsible nuclear behaviour teaches us that there cannot be complete nuclear disarmament. Presumably, you may kill the technology, but you cannot undo the knowledge behind it. In the real world, there can always be rearmament after complete disarmament. If this is really the case, then instead of thinking about disarmament, the focus should be on crafting strategies for better, safe, and reliable control on the development of these weapons and on restraint over their usage.

The third general trend in responsible nuclear behaviour consists of opportunities, risks, and constraints in acquiring and using nuclear technologies for peaceful uses. States exploit these opportunities to their maximum advantage. However, the risks of states’ intention for converting these technologies for military purposes cannot be over-ruled. And the constraints are always put forth by the leading and influential members of the international non-proliferation regimes.

These potentially make a case for acquiring nuclear technology for peaceful purposes extremely difficult, especially when a state is outside the parameters of the non-proliferation regime unless the state does well in other imperatives. However, the general trend is that almost all major nuclear states and non-nuclear weapon states party to the NPT enjoy the production, transfer, and use of nuclear technology for peaceful purposes. Also, major nuclear states always compete to sell their products for geo-economics and geopolitical imperatives. Some states are favoured much more in the system than others for these reasons, and this part of the game will continue to go on as an exclusive segment of the contemporary global nuclear order in which some of them will be the winners while others will lose.

Nuclearization of South Asia: 22 …by Arsim Tariq18 hours ago