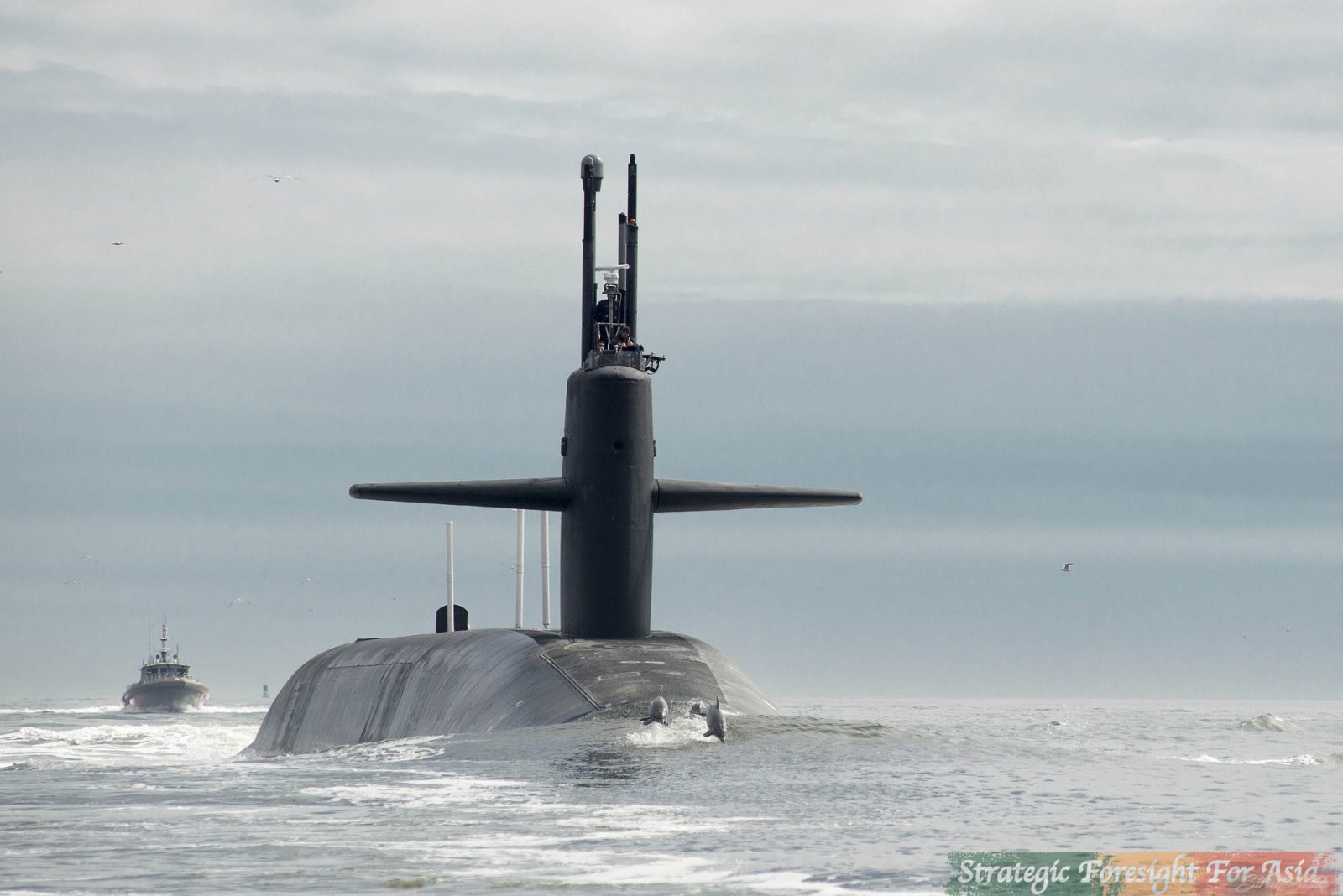 “The changing security dynamics in the South Asian region and nuclearization of the Indian Ocean, calls for greater scrutiny in maritime policies both at the national and regional level.”

South Asia is once again at the crossroads of strategic instability due to intense strategic competition in the region. Post ‘Balakot’ episode and ensuing crisis followed by intrusion of Indian submarine demand a broader evaluation of military and political factors at play. Furthermore, the changing security dynamics in the South Asian region and nuclearization of the Indian Ocean, calls for greater scrutiny in maritime policies both at the national and regional level.

The Indian Ocean is the third largest oceanic division of the world and commands strategically important Sea Lanes of Communication (SLOCs) that link the Middle East, Africa, and South Asia with Europe, East Asia, and the Pacific. Around 80 percent of the world’s energy trade passes through the choke points of IOR. The quest for dominance, the presence of multiple actors and factors revives back the geopolitical and geo-economic significance of the Indian Ocean. In this regard, IOR has been identified as the newly expanded theatre of power competition. Power politics in international relations has been closely associated with security studies. The widening of a strategic deficit and the overt nuclearization of Indian Ocean do not bode well for the prospects of regional stability.

The dual tools of power play implied in the region can further aggravate the crisis, as states interpret strategic stability on the basis of their threat perceptions formed by adversary’s military capabilities, doctrines and force postures. This complex milieu and intertwined interests and strategic concerns require a careful and continued look to chart future course of action and responses.

South Asia’s security dynamics is undergoing seismic changes and foaming strategic instability in the region. The struggle for a balance of power and existence of security dilemma between the two nuclear flashpoints and the divergent interests of extra-regional powers have kept the already fragile deterrence stability in South Asia at stake. In this context the pursuit of ‘hegemonic approach’ of India in IOR is alarming. With the strengthening of its conventional and nuclear military muscles, India is creating a ripple effect which has the potential to fuel a dangerous arms race in the region.

According to the Maritime Capability Perspective Plan 2007-22, India plans to acquire more than 160 ships, 40 major combatants, and 400 aircraft. The development of nuclear submarine, aircraft carriers, and submarine-launched ballistic missiles such as the K-15 and K-4, operationalization of INS Arihant, purchase of S-400; an ambitious plan to build a blue water navy are not only troubling developments for peace and stability but is also adding to the technological asymmetry that needs to be bridged to avoid any miscalculated escalation.

Furthermore, owing to the significance of the Indian Ocean, all major stakeholders have opted for a strategic path to increase their footprint in the region. In this regard, a significant maritime build-up is taking place across five strategic categories, i.e., sea lines protection, maritime dominance, power projection, submarine-launched nuclear strike capability, and space dominance. India’s strategic aspiration, Indo-US nuclear deal, and the 2+2 dialogue are focused on operationalizing India’s status as a major defense partner of the United States. Cooperation on global challenges and a joint vision for a free and open Indo-Pacific region reflects the broader design of India to emerge as a major regional player along with the fulfillment of America’s goal to contain China.

Developments over the past several years showcase the complicated nature of the situation in the IOR and lead to a number of difficult questions about strategic stability. The changing security dynamics and nature of strategic partnerships calls for a strategic re-orientation of naval and maritime policies. Even though the Indian submarine failed to intrude in Pakistani waters, it has raised alarm bells for Pakistan to further strengthen and modernize its maritime capabilities.

Despite the resource constraints timely detection and interception of Indian Submarine outside the Pakistani territorial water are the testimony of our Naval Fleet’s vigilance, competence, and capabilities. It also manifests the commitment and determination of our armed forces to defend the geographical frontiers of the Motherland. Pakistan, unlike India, has played the role of a responsible state by giving peace a chance to prevail. Indian submarine after being detected could have been easily engaged and destroyed had it not been our policy to exercise restraint in the face of Indian aggression.

Pakistan has substantial stakes in the maritime domain, our interest in safer and crime-free seas is rooted into three conspicuous realities (a) Dependence on the seas for trade, (b) Operationalization of China-Pakistan Economic Corridor (c) Geostrategic location astride the global energy highway.

These realities make the maritime stability, a top agenda of our national security. To determine the facets of maritime security and to address traditional and non-traditional maritime challenges, a comprehensive maritime policy framework is the need of the time. Moreover, the Pakistan Navy has to enhance its capabilities and capacities to deter and counter all kinds of emerging threats.

To this end, it is imperative for Pakistan to modernize its naval platforms and pursue technological advancement in sea-based deterrents to ensure an assured second strike capability especially in the context of India’s growing desire for ‘a new normal’ and ‘premeditated pre-emption.’

Print PDF Strategic features in maritime domain can be classified by position, strength and resources Alfred T. Mahan South China Sea has all the characteristics to be called a strategic waterway. It extends from the […]

Print PDFSince the formulation of its 1999 ‘Draft Nuclear Doctrine’ (DND), India has gone through gradual shifts in its doctrinal posture. India’s initial stance was that it would maintain a policy of ‘No First Use’ […]