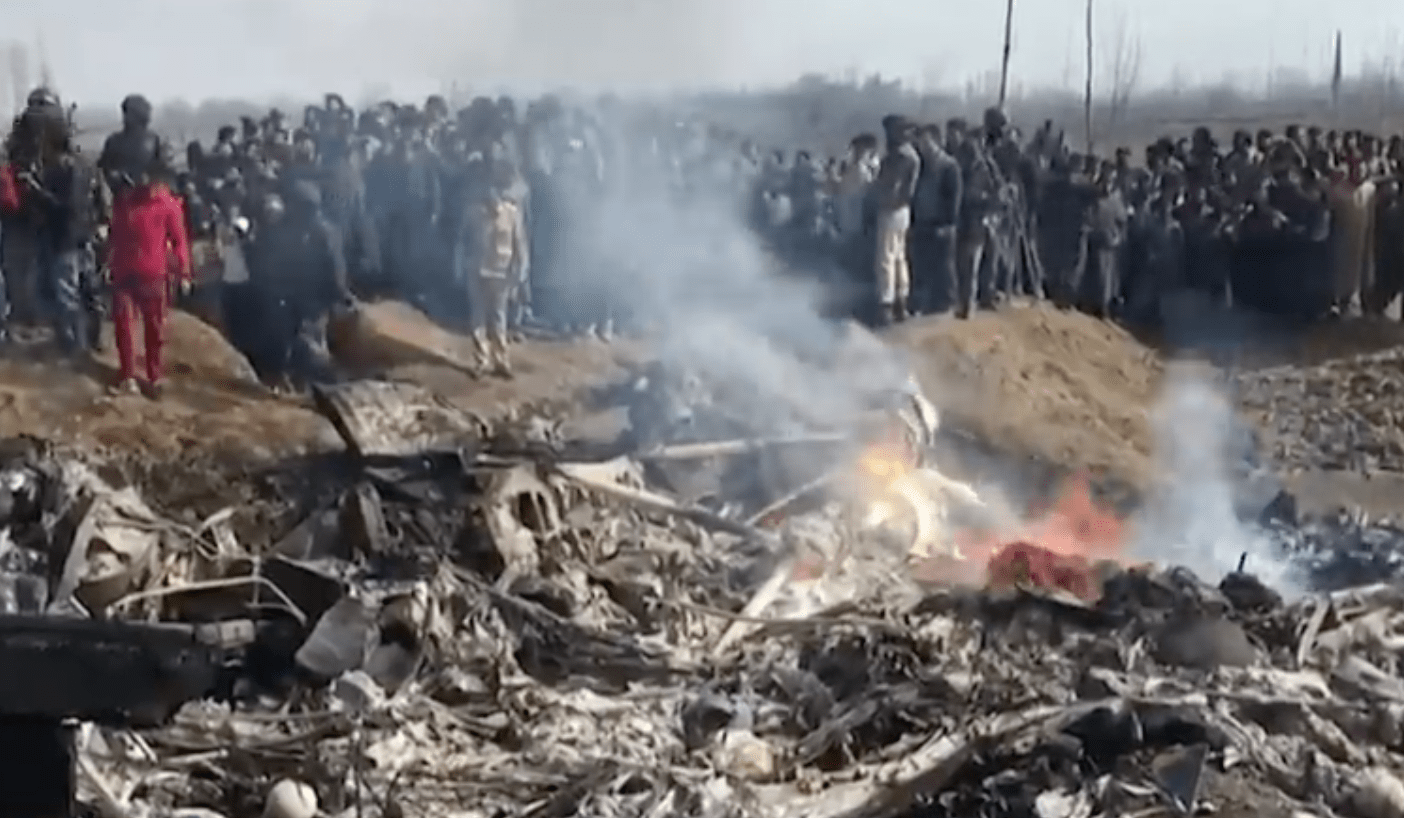 One year ago, on Feb 27, 2019, India and Pakistan engaged in a short aerial encounter that led to the shooting down of two Indian Air Force (IAF) aircraft while an MI-17 helicopter was lost due to fratricide. The engagement between the two nuclear neighbours not only challenged the myth of India’s conventional superiority but also re-established the credibility of conventional deterrence, besides establishing the primacy of nuclear deterrence in South Asia.

Despite the humiliation meted out to India’s military pride its leadership claimed victory by asserting that the surgical strikes shall be the new ‘norm’ against Pakistan, thus highlighting the fact that India has not yet understood the meaning of nuclear revolution, which makes war as an unthinkable option between the two nuclear-armed adversaries. Despite experiencing several crises, India’s military and political leadership continue to explore space for a conventional conflict without fully realizing its implications for the region as well as global security.

The Balakot Strike.     On Feb 14, 2019 a young local Kashmiri militant attacked a military convoy and blew himself up resulting in the killing of more than 40 personnel of the Indian security forces. India blamed Pakistan and threatened a punitive action. Twelve days later on Feb 26, 2019, the IAF launched aerial surgical strike close to a place known as ‘Balakot’ targeting a religious seminary that India described as a militant camp and claimed killing more than 300 terrorists but without sharing any supporting evidence that could otherwise corroborate the Indian claims.

In response to the Indian action, PAF launched a counterstrike on Feb 27, 2019, intended primarily to demonstrate Pakistan’s resolve and carefully crafted to avoid casualties on ground. During the short aerial encounter that followed the PAF managed to shoot down two IAF aircraft and captured one of the pilots of a Mig-21 that fell inside Pakistan-administered Kashmir. The pilot was later released as a goodwill gesture and to avoid further escalation. The unexpected but effective riposte by the PAF unnerved the Indian side, which resulted in shooting down of one of their own helicopters in a friendly fire killing all six military personnel onboard. The entire episode caused a serious blow to India’s military image since it claims to be a regional power preparing to fight a ‘Two Front War’ against China and Pakistan.

PM Modi, who was seeking re-election for another term in the office threatened to launch a ‘punitive’ missile strike forcing Pakistan to signal that any adventurism would lead to an assured response, and with premium, as per its policy of ‘Quid Pro Quo Plus.’ The chaos within India’s military hierarchy was revealing when one of India’s conventional submarines surfaced closer to Pakistan’s territorial waters and was intercepted but allowed to escape to prevent escalation. Some reports suggest that the Indian Navy had also readied its nuclear-capable submarine Arihant for deployment in the Arabian Sea apparently without the authorization of India’s Nuclear Command Authority (NCA) thus raising serious concerns about India’s thinking on employment of its nuclear weapons and the command and control structure to manage the second strike capability.

Two Conflicting Narratives.   After the Balakot strike, India claimed that its air force had managed to kill more than 300 terrorists while Pakistan and several international observers negated the claim as there were no casualties and the bombs had clearly missed their intended target. India also claimed that one of its Mig-21s had shot down Pakistan’s F-16 aircraft which was also refuted by an influential Foreign Policy magazine based on the interviews with the US Department of Defense (DoD) officials who verified that no F-16 was missing from the Pakistani inventory.

These claims and counter claims exposed India’s story of lies and deceit. On one hand, the surgical strike was touted as a great success and declared as a ‘new norm’, while on the other side, India’s senior leadership blamed  the failure on the non-availability of aircraft like Rafale, which according to them would have changed the outcome of Balakot crisis. India is already operating state-of-the-art SU-30 and Mirage 2000 aircraft that are capable of delivering payload with precision, but the IAF could not utilize these to their full potential. Whether Rafale will make any significant difference to IAF’s strike potential – is a matter that can only be assessed in a future India-Pakistan crisis.

India’s Surgical Strike Doctrine and Pakistan’s FSD.       India’s surgical strike of Feb 2019 was the first time since 1971 that its air force was employed in an offensive strike across the international border. This led some of the commentators to question the credibility of Pakistan’s Full Spectrum Deterrence (FSD) posture by terming the Indian military action as an attempt to call Pakistan’s nuclear bluff as successful.

Pakistan’s FSD was never aimed to deter a surgical strike by the adversary, but is intended to deter a war, ranging between a limited to an all-out military conflict. It would be unrealistic to expect that in response to a ground or an air-launched surgical strike Pakistan would resort to the threat of nuclear retribution. Doing so would have been disproportional and therefore not credible. In addition to the nuclear options, Pakistan has credible conventional responses designed to meet different contingencies as was evident from the counter aerial surgical strike which is part of what is now known as the policy of ‘Quid Pro Quo Plus.’ This has not only reinforced the credibility of Pakistan’s nuclear deterrence but has also helped restore confidence in the conventional deterrence against an adversary that has significant conventional advantage.

New Technologies and Implications for Strategic Stability.   India is in the process of developing its own version of Hypersonic Glide Vehicles (HGVs) by modifying the existing Brahmos supersonic missiles. It has also acquired next generation Rafale aircraft which would allow greater standoff launch capability against targets across the international border, and is also in the process of acquiring the S-400 anti-ballistic missile system that could potentially offer protection against Pakistan’s counter-strike. All of these combined together could encourage the Indian decision makers to contemplate surgical strikes in a future conflict with Pakistan, having a false sense of security that the S-400 together with India’s indigenous ballistic missile defences could provide immunity against Pakistan’s response.

This line of thinking is dangerous and delusional, keeping in view the nature of their adversarial relationship and the history of past crises. Any attempt to undermine Pakistan’s security would evoke a matching response that may lead to unintended escalation with the possibility of a nuclear exchange between the two neighbours.

Conclusion.     Both India and Pakistan continue to remain embroiled in a cycle of stability-instability with India introducing destabilizing technologies and war-fighting concepts, and Pakistan responding by taking measures that could ensure the credibility of its overall deterrence posture. After experiencing humiliation at the hands of PAF in Feb 2019, India has so far remained cautious, but the induction of new aircraft and anti-missile systems, together with growing militant nationalism amongst India’s decision-making elite, could once again push the region towards instability. India and Pakistan have so far managed to avoid a major war, but every time India introduces destabilizing technologies and war-fighting concepts to assert its military dominance, the region moves towards instability forcing Pakistan to take corrective measures and restore the regional balance. This stability-instability pendulum has kept the region in a state of ‘elusive strategic stability’, and if these trends continue the region may soon experience another crisis that may not remain limited in nature and could end up into a nuclear holocaust.

It is therefore imperative for countries that are helping India to become a dominant military power in the region by permeating perpetual instability in South Asia to understand the consequences of their actions, and instead should help resolve outstanding disputes and encourage both India and Pakistan to engage in trust and confidence-building measures that could at least reduce the frequency of crisis frequency between the two nuclear powers.

Print PDFAmid the stumbling rise in Covid-19 cases, the politicking and strategic manoeuvring between China and the US is escalating. Amongst the growing competition in economics, trade, supply chains, technological dominance, investment, maritime disputes and […]

Conflict Between India and Pakistan

Print PDFPublished on cfr.org Recent Developments With continued violence in Kashmir and a heightened threat of terrorist activity by Pakistan-based militant groups, tensions and concerns over a serious military confrontation between nuclear-armed neighbors India and […]