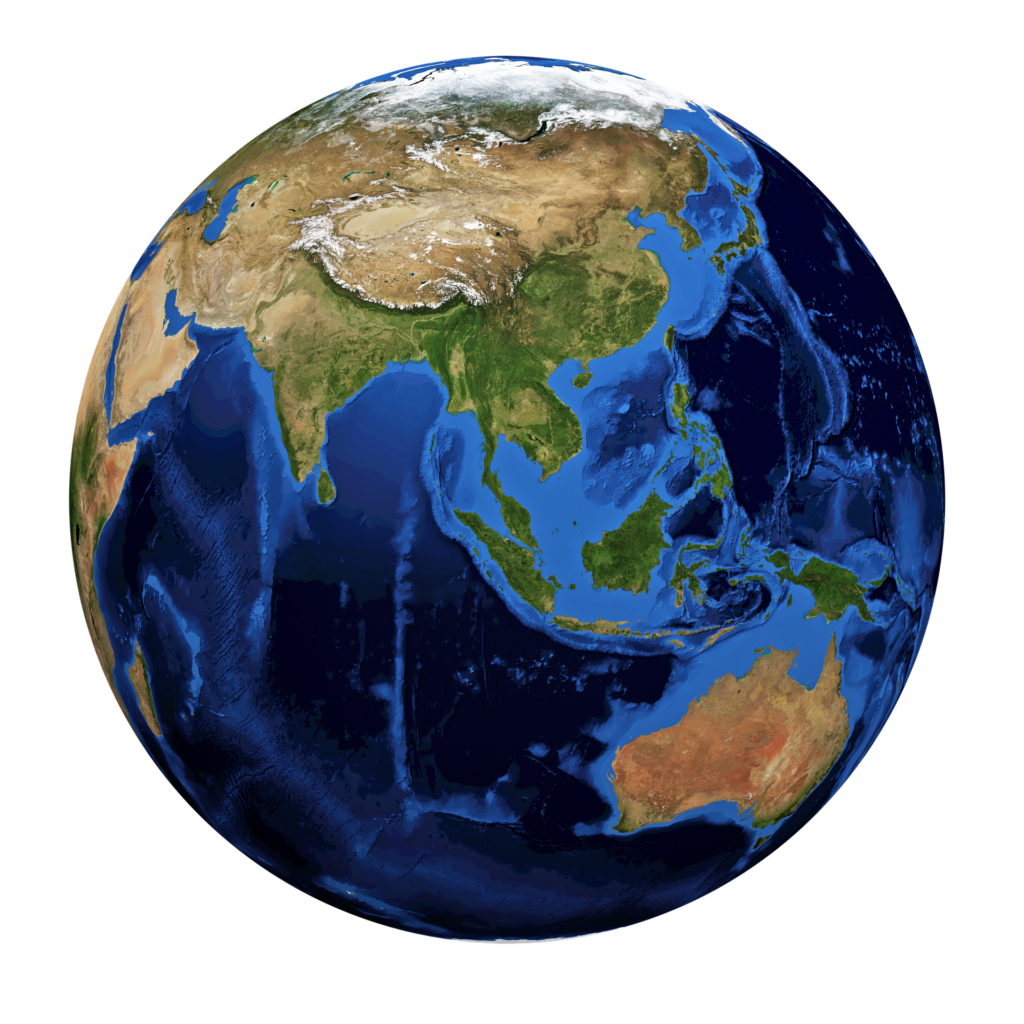 The Pulwama crisis is the most significant conflict to happen between Pakistan and India since the Kargil war that has challenged the status quo between the two nuclear-armed rivals. Subsequent events, including the surgical strike by the Indian Air Force and the response by the Pakistan Air Force; the downing, capture and return of the IAF pilot – are all the factors that emerged during the short-lived conflict and created new regional dynamics in the context of strategic stability.

The Indian decision to violate Pakistan’s airspace and subsequently launch an offensive beyond the international border could very well be considered an act of aggression. Such a violation of sovereignty and use of the military may have been an attempt to challenge the strategic stability; however, the decision to respond with a measured and proportional response by Pakistan contributed to stability even in a time of crisis.

After the nuclearisation of South Asia, the waning balance of conventional power was offset by the nuclear element; at the same time, the stability-instability paradox came into play. Immediately after both India and Pakistan overtly declared their nuclear weapons capabilities in 1998, both countries underwent a conventional conflict at Kargil. However, since the Kargil experience, both countries have developed militarily – both conventionally as well as in the strategic domains. In this context, armed forces in the subcontinent have undergone modernization with respect to doctrines, technologies, weapon systems, and defence equipment. The realities of the last military exchange between Pakistan and India were different from the contemporary realities attached to the Pulwama scenario. To compare the stature and composition of the strategic arsenals and capabilities then and now; India has completed a nuclear triad, while Pakistan seems to be following the path. Current delivery platforms are more advanced and accurate than what the countries had two decades ago.

Although an official document on the subject does not exist or perhaps is not in public knowledge, Pakistan’s nuclear posturing is India centric to deter a conventional as well as nuclear war. John D. Steinbrunner states that strategic stability is based on mutually assured destruction and a mutually acceptable ratio of the sides’ strategic offensive and defensive arms. Strategic stability in South Asia is a derivative of the interplay of Pakistan’s and India’s nuclear deterrence.

The previous assumption of respect for sovereignty between the two countries has faded. While mobilization of forces previously, was the first step, the new precedents have established that cross border military attacks will now be the initial rung on the escalation ladder.

India has blamed Pakistan for many armed attacks within its borders, claiming that Pakistan supports non-state actors as a means of sub-conventional warfare; however, a retaliatory attack well within Pakistan’s boundaries was unprecedented and rather a taboo that Pulwama broke. The attack, though, was not a surprise as far as doctrinal discourse is considered. Rodney W. Jones observed that “Stability is put at risk by India’s risk-taking in threatening offensive use of limited conventional warfare options, bring built-in propensities to escalation”.

It can be said that deterrence failed, but was subsequently restored. As per Jones, what has arisen after overt nuclearisation in 1998 between the state is a “deterrent paradigm between Pakistan and India that is partly non-symmetrical and palpably unstable” Pakistan’s nuclear posturing did not hold India back from launching an air strike inside the former’s border; however, the PAF’s measured and proportional response seemingly restored the escalation balance. Despite having failed to achieve their military objectives, Indian forces did not launch another attack and resorted to older models of escalation in the form of cross border shelling and firing along the Line of Control in the contested region. The fact that Indian military assets violated the airspace and sovereignty of Pakistan is alarming for deterrence stability.

A country’s restraint in undertaking preemptive measures in a crisis situation is referred to as ‘Crisis Stability’ Therefore, it can be said that India failed in upholding crisis stability in its endeavour to launch an air strike inside Pakistan. During the crisis, despite the aggressive warmongering behaviour of his Indian counterpart, Imran Khan showed restraint. With an open invitation to collaborate based on evidence, the Pakistani Prime Minister displayed a stance with restraint. With the deployment of forces along the borders and the Indian act of aggression followed by PAF’s retaliation, the stakes were high; however, despite talks of missile attacks, the crisis stability factor was surprisingly high.

It must be understood that the nuclear threshold could be lowered, considering the operational readiness of strategic weapons during a conflict. While talking about Pakistan’s options and possibilities for response below the nuclear threshold against a possible Indian conventional military offensive, Rodney Jones states that “these options include escalatory reprisal designed to nullify the military effects of India’s initiatives” and evidently, the PAF’s response accomplished that, restoring the strategic balance.

As far as arms race stability is concerned, the Pulwama episode and the subsequent events negatively impacted it in the region. Both the Indian and Pakistani militaries had undergone modernization with respect to equipment and assets; however, military platforms have deteriorating potency in modern times, while newer technology renders older platforms less potent.

In the conventional domain, both counties will now aspire to obtain assets and enhance air defence capabilities; this will include ballistic missile defence systems. Ballistic and air defence assets, while enhancing the user’s capacity to defend an area comprehensively, reduce the credibility of the adversary’s deterrence. In simpler terms, the introduction of ballistic and air defence assets capable of countering an adversary’s nuclear threat can induce a negative impact on strategic stability.

Although the situation has de-escalated, the ramifications of these events will have lasting effects on strategic stability in South Asia. Regardless of the reasons and the factors that contributed to the IAF’s attack in Pakistan, the new norms are established in the military domain. Violation of airspace and launching of an offensive across the Line of Control on a target within the international border challenged the existing balance. Neither of the nuclear-armed countries had violated the other’s sovereignty to this extent and at this magnitude. The Indian strategic community has upheld the narrative that any terror attack in India is Pakistan’s responsibility, and such was the immediate response with respect to the armed attack in Pulwama, this narrative has two-fold benefits; it is designed to discredit indigenous Kashmiri struggle for self-determination, and attempts to discredit the reputation of Pakistan within the international system.

Owing to Pakistan’s full spectrum deterrence, the longstanding assumption within India’s military and political spheres regarding the operationalization of the Cold Start Doctrine in case of a terrorist attack was discredited. The strategic community in India, the political entities, and the media were all involved in a rigorous campaign of misinformation in attempts to shape the information environment; however, due to lack of legitimate and factual evidence, the Indian narrative fell apart. The initial claims after the Balakot air strike of killing more than 350 terrorists were aptly withdrawn.

Nuclear force posturing determines the role of strategic and non-strategic nuclear weapons in the operational doctrines of the military. Pakistan’s focus is on India with respect to nuclear force posturing; its nuclear weapons and delivery platforms are designed, keeping in mind the India factor. The efficacy and the efficiency of weapon systems are tailored to counter an Indian offensive and offset the imbalance of conventional forces with India. Considering the aggressive stance of India against Pakistan, it is pertinent for regional security that the strategic stability is ensured at all levels. The already complex balance of Strategic Stability in South Asia has been further complicated by the recent turn of events and, therefore, caution must prevail within the concerned circles such that future conflict can be avoided.

Print PDFIndia and the US have a convergence of vital national interest to manage favourable regional order in South Asia. The main challenge to their dominance in the region emerges from Pakistan and China nexus, […]

Regional Approach to Stabilize Co …by Muhammad Abubaker4 days ago

A Realist Perspective on Mearshei …by Aiza Azam6 days ago