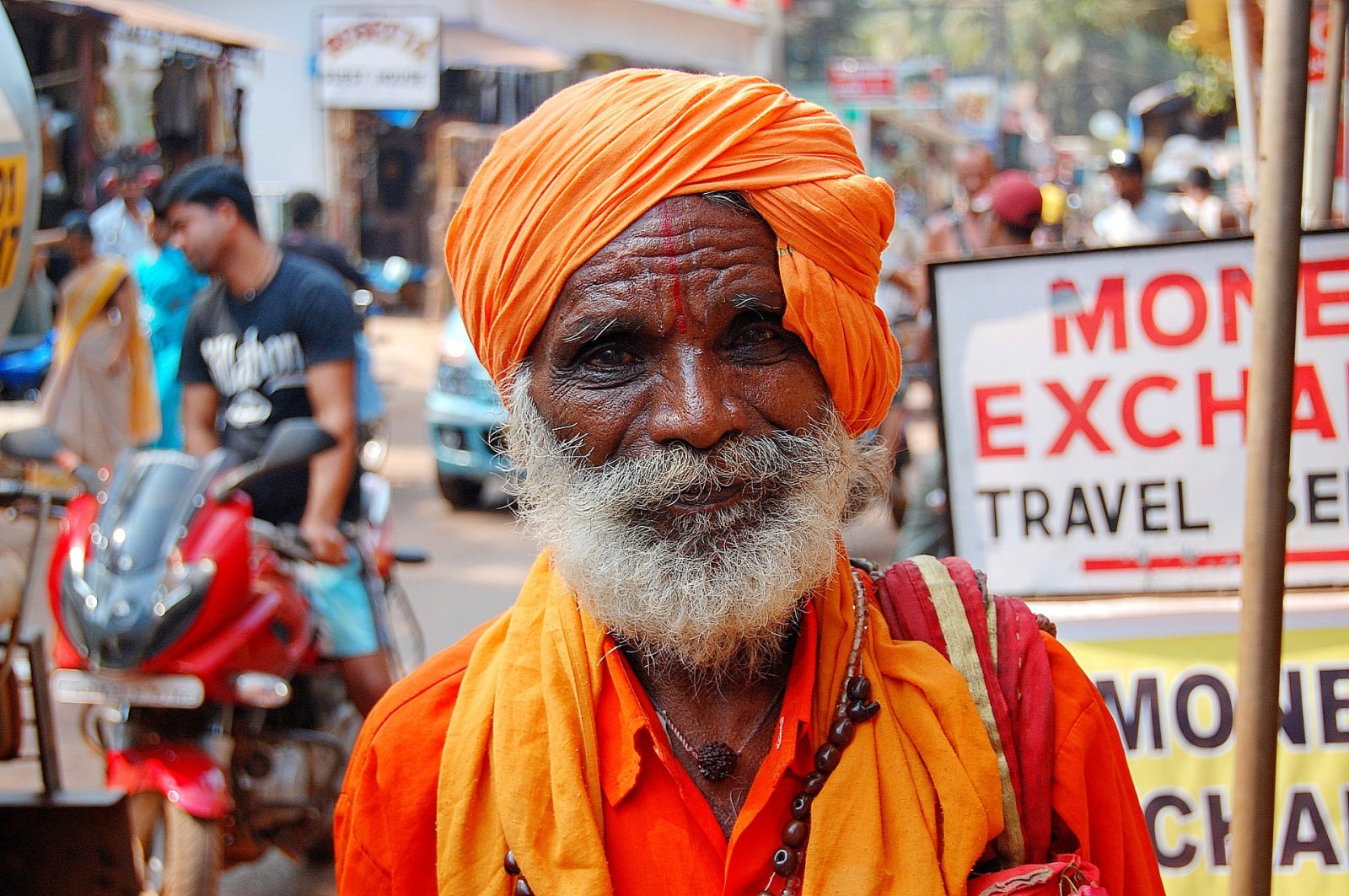 To paint the picture of his India, Modi has opted for a canvas filled with gruesome colours of violent extremism, radicalization, strict exclusivism, religious bigotry and expansionism, that too in the post-Westphalian 21st Century. It would not be an understatement to claim that the Prime Minister of the world’s largest democracy, the secular India, has called on havoc for his multi-ethnic country, thereby damaging its international image. Since the Bharati Janata Party has acquired the reins of India, the country has set its tread to the subjugation of the ethnic minorities of the country along with its expansionist goals in the region. This comes from a fundamental principle of the ‘Hindutva’ ideology set up by V. D. Savarkar in 1920s to counter Gandhi’s non-violent political paradigm and which is being actively pursued by the current government. While India seeks greater prestige on the world stage, the outrageous actions taken by the BJP government at home might be detrimental for India.

The BJP, that has garnered plethoric political support of Indian Hindu nationals over the past few decades It is officially recorded to have brutally murdered M. K. Gandhi, the Father of the Indian Nation, with the hands of an RSS member. The demolition of Babri Masjid in 1992 and the Gujrat Massacre in 2002, to name a few incidents, demonstrate the violent and extremist approach of the BJP Party. While asserting these incidents as manifestations of Hindu terrorism, Paul Marshall, a Senior Fellow at the Centre of Religious Freedom states, “These attacks were not inchoate mob violence, triggered by real or rumoured insult; rather, they involved careful planning by organized Hindu extremists with an explicit program and a developed religious-nationalist ideology.”

Hindu extremism and terrorism do not end here. During the past few years, particularly under the BJP administration, numerous incidents of human dismemberment, lynching, burning, shooting and mass-murdering of fellow Muslim and other non-Hindu Indian citizens have been reported. Any Indian citizen possessing the portfolio of being a non-Hindu minority in the country is a potential victim of treacherous Hindu extremism. In the words of Arundhati Roy, “Life is hell for the living too. Whole populations – millions of Dalits, Adivasis, Muslims and Christians are being forced to live in terror, unsure of when and from where the assault will come.” The BJP’s para-military organization Rashtriya Swayamsevek Sangh (RSS) operates around 20,000 schools in India that actively preach hate and racism to more than 2 million budding minds each year.

The recent unfolding of the BJP’s extremist and expansionist agenda was demonstrated earlier this month when the administration attacked the autonomous status of Indian Held Kashmir. On 5th August  2019 the Indian Upper House, Rajya Sabha, sent shockwaves among the people of Indian Held Kashmir (IHK) when it stripped IHK of its autonomous status by abrogation of Article 370 and its subsequent section 35A of the Indian Constitution. Ironically, Article 370 was the only instrument that allowed India to exercise its control over the territory. However, what followed was a complete siege of the IHK territory led by further militarization of the area, lock down on commercial activity, a complete suspension of telecommunication and much more. The situation has caused shortages of basic necessities of life like food and life-saving drugs. Indian actions in IHK are tantamount to a state-led humanitarian crisis in an internationally recognized disputed territory.

While essentially seen as a victorious move within India, the abrogation of Article 370 has invited international condemnation from major states like the US, China, Turkey and even Russia. The Indian move has also re-opened the Kashmir case in the United Nations Security Council after 54 years and has led to the convention of a closed-door UNSC emergency meeting. This is largely seen as a diplomatic failure of the BJP government which, over its two tenures as the ruling party, has claimed IHK as an integral part of India instead of being an international disputed territory. India further threw itself into hot water by claiming to gain sovereignty over Pakistan-Administered Azad and Jammu Kashmir, signalling its hegemonic and revisionist agenda in the region. Moreover, on 18th August  2019 the Indian Defence Minister Rajnath Singh asserted that the country would revisit its nuclear ‘No First Use Policy’ as per the regional security dynamics, signalling the abandonment of India’s stated policy of nuclear restraint. The statement was viewed by the international media as a veiled threat to Pakistan. Ironically, a First Use Policy is virtually suicidal for India itself. Over the last few weeks, India has earned the status of being an international aggressor that jeopardizes the strategic stability of South Asia time and again. India is now legitimately being viewed as an international pariah that blatantly violates international conventions and the international law.

Having caused enough turbulence at the regional level, the BJP administration has taken the course of political disintegration domestically as well. Completely disregarding the reality that India already houses separatist movements in Arunachal Pradesh, Mizoram, Nagaland, Meghalaya, Tripura, Manipur, Assam and Punjab, India has considerably infuriated these separatist sentiments. Following India’s clamp-down on Kashmir, members of the Khalistan movement vocally supported their Kashmiri brethren in their struggle against Indian occupation, nationally and internationally.  Nagaland, on the other hand, hoisted its national flag and declared its  independence  from the Indian Union on 16th August  2019. The report was covered by BBC News; however, the Indian state has chosen to maintain silence on the issue. While the Kashmiri struggle for freedom is rightly expected to intensify as the Indian siege continues, the response of other separatist movements is yet to be seen.

The country, with a highly radicalized Hindu population and entrenched separatist movements, is all set to become the cradle of extremist ideologies in South Asia. This has been coupled with a surging recognition of India’s fanaticism on various international forums, thereby necessitating a passive outlook for India. However, Modi along with its radical coterie drunk with power, seems unconvinced of the need to downgrade the fascist and chauvinistic policies at any point. Modi has unilaterally and audaciously brought India and Pakistan to nuclear brinkmanship and mutual destruction several times, a reality widely acknowledged and feared by the world. Modi’s outrageous South Asian policy and impudent human rights violations have made it difficult for India’s key strategic allies like the US and Russia to support it on these issues any further.

India has actively sought to achieve greater prestige on the international stage. It sought to become a permanent member of the UNSC, an observer state at the Organisation of Islamic Cooperation (OIC), and a member of the Non-Proliferation Treaty. Interestingly, India found itself in the right context with Obama’s ‘Asia Pivot’ Policy that gave unprecedented attention to it as a key US ally. This was coupled with India’s ‘Look East’ policy proposed by Narasimha Rao and implemented by A. B. Vajpayee and M. Singh, had set India on the right tread. However, recently South Asian dynamics have quite altered with President Donald Trump aspiring to a quick withdrawal from Afghanistan, that too with active support from Pakistan. The recent visit of Pakistan’s Prime Minister Imran Khan catalysed the ‘resetting’ of the US-Pakistan relationship, followed by America’s resumption of US-Pakistan military cooperation. Washington under the Trump Administration views Khan as indispensable for achieving a peace dialogue with the Afghan Taliban, while India, a strong investor in Afghanistan, has been kept off the table. This has been viewed as a major setback to Indian diplomacy in various domestic Indian policy-making circles.

Against the context of the emerging South Asian strategic scenario, it seems quite difficult for India to emerge as uncontroversial under the BJP leadership. What the future holds for India remains uncertain. However, the actions taken up by the BJP government are quite detrimental for India’s international and regional prestige, as well as India’s internal stability.

Print PDFOne of the most pressing questions faced by academics and policymakers alike is what will be the direction of global politics in coming years? The intellectual and political turmoil of the existing global liberal […]

Print PDFSouth Asians know for a fact that Britain takes a lot of time to leave – in our case couple of decades before it exited the sub-continent. The EU must prepare itself for a […]