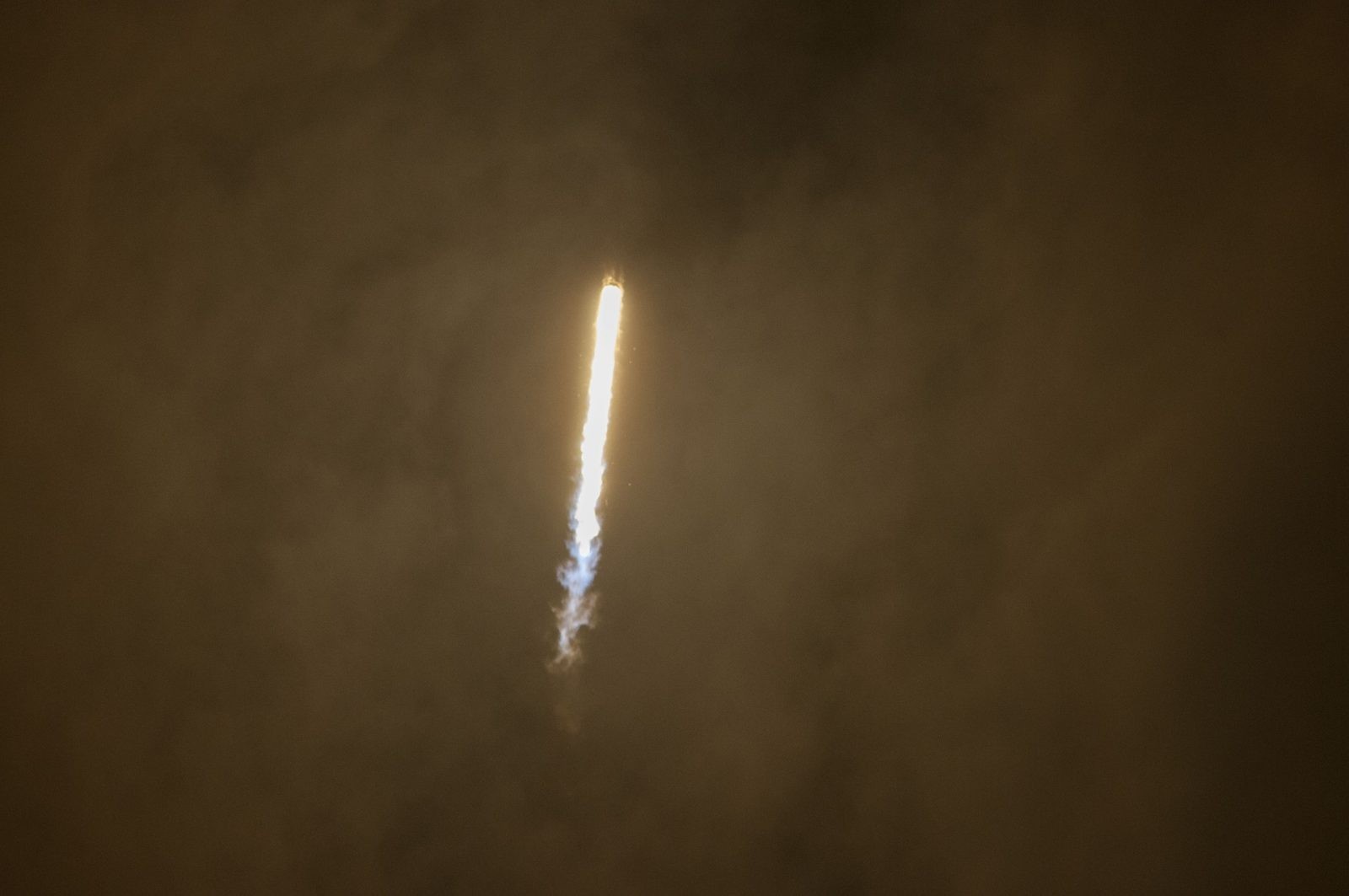 The precursor to hypersonic weapons is the speed. In every kinetic and non-kinetic operations, speed is a key factor at the very onset of battle. The German’s Blitzkrieg (lightning war) is an acute example from the pages of the World War II book. Likewise, in contemporary times, the ‘shock and awe’ tactic is tantamount to contours of speed in the Iraq invasion of 2003.

Hypersonic weapons (HSWs) are used on the onset of battle for attacking the adversary’s high-value targets that include command and control facilities, air defence radars, and missile batteries. Hence, the speed of these weapons acts as a precursor for the follow-up attacks by the regular dimensions of warfare: land, air and sea. The speed of ballistic missile when compounded with the manoeuvring capability of a cruise missile makes a HSW. These weapons travel faster than Mach 5 (~3,800 mph).

According to a report from Pentagon, such weapons are much faster than the speed of sound, so it is much harder to track them than traditional weapons. Kris Osborn says, “Hypersonic weapons will quite likely be engineered as ‘kinetic energy’ strike weapons, meaning they will not use explosives but rather rely upon sheer speed and the force of impact to destroy targets.” Conclusively, these weapons increase survivability against modern ballistic missile defence systems (BMDs).

HSWs can deliver both conventional and nuclear payloads with high velocities and long ranges. The two ways to deliver them are to either fire them from last stages of ICBMs or SLBMs and skip the top of the atmosphere or launch them independently or from a bomber before accelerating to ultra-high speeds.

On geopolitical landscape, three powers are in competition, and are designing as well as testing hypersonic weapons. The United States is primarily focused on pursuing such missiles to deliver conventional payloads. China and Russia, on the other hand, are equipping such weapons that include conventional as well as nuclear warheads.

The United States has estimated FY2020 budget allocation of $2.6 billion for research related to hypersonic weapons in addition to $157.5 million for defence programs. However, the Department of Defence (DOD) has not established any programs of record for such weapons as it may not have approval from Congress for long-term funding plans.

However, the office of the Under Secretary of Defence for Research and Engineering is developing prototypes to assist in the evaluation of potential weapon systems. Lockheed Martin has developed a hypersonic vehicle called the Falcon Hypersonic Technology Vehicle 2 (HTV-2) that glides up to Mach 20 (~13,000 mph). Previously, the United States invested in the research and development of hypersonic missiles called the Advanced Hypersonic Weapons (AHW).

China has also been developing its HSW capabilities since 2014. As per the Congressional Report, both China and Russia are expected to operationalize the capability as early as 2020. The Chinese advancement in hypersonic glide vehicle (HGV) and DF-DZ has undergone development tests between 2014 and 2016. The DF-DZ is expected to be operational in 2020 and can reach Mach 10 (~7,500 mph).

Russia has also been designing and testing hypersonic glide vehicles (HGV) and hypersonic cruise missiles. Avangard is the name of the hypersonic glider which Russia is building. It has been tested multiple times since February 2015 and can reach Mach 20 (~15,000 mph). The Russian President Vladimir Putin announced in 2018 that the testing of the weapon was complete. As a part of a joint venture with India, Russia has also been working on its BrahMos-II hypersonic cruise missile. Its first test flight is planned for 2020. The induction of BrahMos-II is likely to be in 2025 in Russian and Indian armed forces. As a consequence, Pakistan will face a security dilemma at a regional level. Pakistan is not known to have developed any indigenous program related to hypersonic weapons yet.

Owing to its kinetic energy, as stated by Kris Osborn, the weapon in itself is enough to incur a huge damage as soon as it hits any material. Many war-fighting scenarios have evolved vis-à-vis hypersonic weapons. This leads to scenarios and debates around ‘warhead ambiguity’ and ‘target ambiguity’. Warhead ambiguity states that the defending nation will launch its own nuclear weapons first in the backdrop of an attack from HSWs. This has led the US Congress to bar funding for the development of HSW, thereby helping Pentagon shift away from such systems and toward the development of medium-range weapons more suitable for use in a regional context. Target ambiguity states that even if the HSW is only carrying a conventional warhead, it would endanger the early-warning and command-and-control systems of a defender, leading it to fear the onset of a nuclear attack.

Some analysts opine that the possession of these weapons will make them an irrational actor as their decisions would escalate a military clash at the very outbreak of a crisis.

Whether it is Russia or China pursuing such kinds of advanced weaponry, it is still debated about the credibility of these weapons vis-à-vis United States. Such weapons are being produced in the United States by their top defence contractors from a pure business perspective. Henceforth, it is a matter of business as well as speed where the role of multinational corporations (MNCs) takes precedence. One thing is certain, a rush is being witnessed, from the designing of these weapons towards their production and employment. Such a rush remains oblivious of the sufficient debate around the arms control escalation and its implications.

There is another aspect in play around the development of hypersonic weapons. The impact of emerging technologies on the future battlefield. The nuclear weapon nations will entrust more on the machines and artificial intelligence for nuclear decision-making, thereby avoiding biased or pressurized decisions by humans. The major powers might as well employ AI systems to determine the nature of future missile attacks and appropriate responses. This temptation increases as such weapons are equipped with AI systems.

Conclusively, it is technology that is shaping the current and upcoming trends in the field of security studies and being pursued by developed countries. The information age is settling in and every sector of society cannot remain oblivious to these advanced weaponry systems and the role of revolution in military affairs. The states with advancements in technology and critical infrastructure would be bound to develop and deploy such weapon systems in response to any attack from an adversary. The debate of policy driving technology or technology driving policy would also render academia to build a more refined body of knowledge vis-à-vis these emerging technologies. The speed and technology bonhomie will also bring proponents of multinational corporations (MNCs) and military industrial complexes (MICs) close to each other.

There would be an arms race at the international level and a security dilemma for Pakistan in the South Asian region. Many movies and TV serials present us with such scenarios. No matter how fictional these programs may be, still they present an insight into a window of possible future war or conflict scenarios that should not be ignored.

Is CTBT the Next Target for President Trump’s Administration?

Print PDFThe CTBT is a binding, yet not an in effect treaty, formulated in 1996. It imposes a moratorium on all nuclear testing for either military or civilian motives. The treaty has not entered into […]

Print PDFRearrangements of new realities after the withdrawal of the Soviet Union from Afghanistan in 1979, and the readjustment of post WWII International Order into a multi-polar regionalized and globalized world, has led to the […]