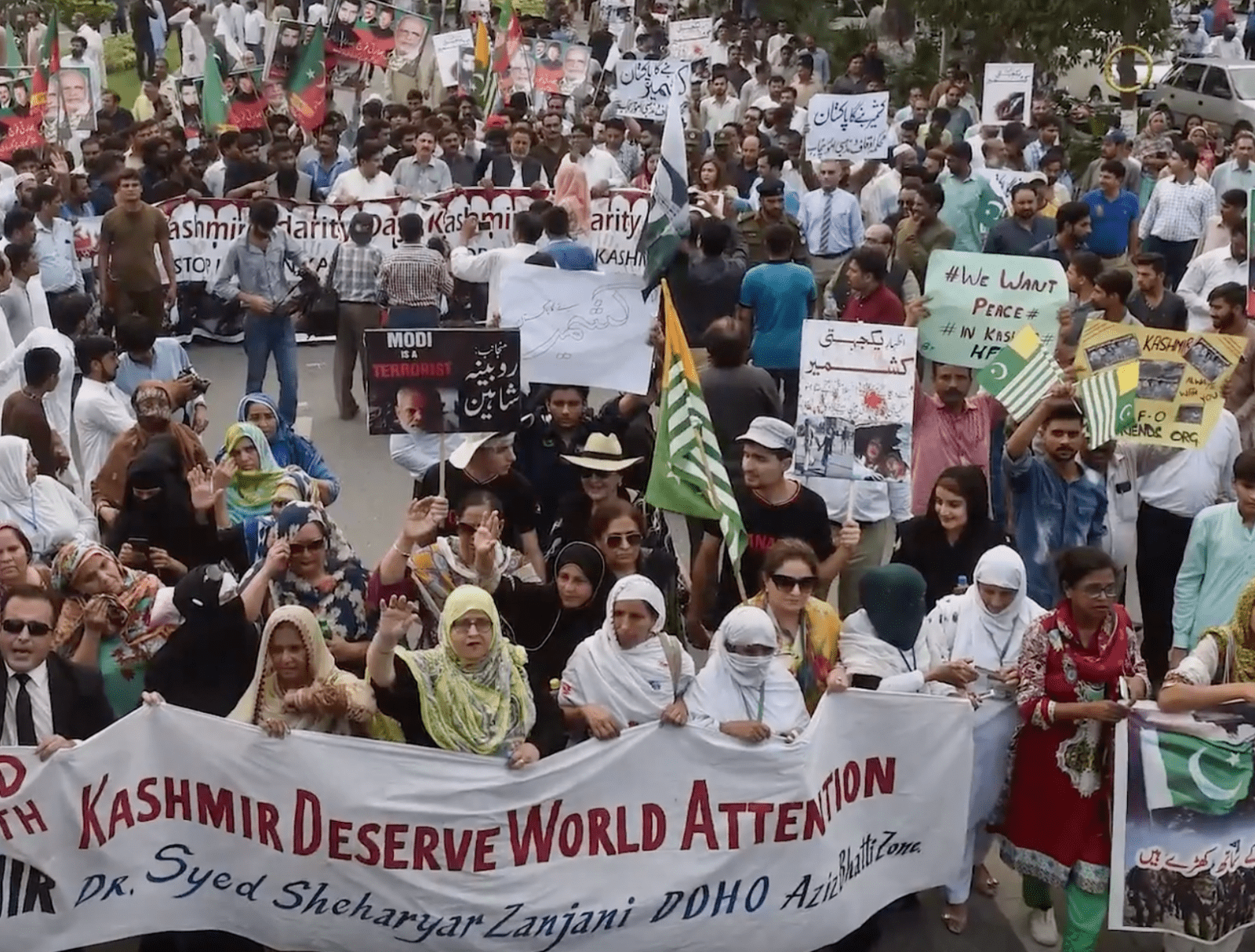 South Asia is at the brink of another serious crisis that has the potential to escalate to a military conflict between the two nuclear armed neighbours. India’s decision to revoke Article 370 and 35-A through a Presidential Ordinance, in violation of international law and several UN Resolutions, is intended to change the demographic structure of the disputed territory of Jammu and Kashmir (J&K), which has been a source of several wars and military crises between India and Pakistan for the over 70 years.

Pakistan has strongly rejected India’s decision and has stated that “[N]o unilateral step by the Government of India can change the disputed status of J&K as is enshrined in the United Nations Security council (UNSC) resolutions, nor this will be acceptable to the people of Jammu & Kashmir and Pakistan.” The Press Release issued by the Ministry of Foreign Affairs also stated that “[A]s party to this international dispute, Pakistan will exercise all possible options to counter illegal steps.”  Addressing the joint session of the parliament later, PM Imran Khan warned about the risk of a military escalation as a result of the Indian actions, which not only threatens the security of the region but of the entire world. He also asserted that “Pakistan would not bow down in the face of the Indian aggression and would fight till the last drop of the blood.”

A day earlier PM Khan also chaired a meeting of the National Security Committee (NSC) that condemned India’s use of banned ‘cluster munitions’ against the civilians along the Line of Control (LoC). In a carefully worded Press Release issued at the end of NSC meeting, Pakistan warned that the “Indian measures will increase the levels of violence and turn this area (Kashmir) into a flashpoint in the midst of two strategically capable neighbouring countries” – an implicit reference to the existence of nuclear weapons and the dangers of uncontrollable escalation, if India decided to embroil Pakistan into a military conflict by blaming it for continued unrest in the Indian Occupied Kashmir (IoK). The Corps Commanders meeting that was held to review the military preparedness also came up with a similar strongly worded statement and asserted that it is “prepared and shall go to any extent to fulfil our obligations in this regard.”

Significance of Articles 370 and 35A?      J&K remains a disputed territory since the partition of the Subcontinent in 1947 when the Hindu ruler of a Muslim majority region chose to accede to India. In 1948, the United Nations called for a plebiscite that never took place and the region continued to remain in turmoil due to excessive use of force by the Indian military forces to suppress the Kashmiri populace.

To pacify some of the concerns of the local Kashmiris, the Indian Government in 1949 incorporated special provisions in the form of Article 370 that allowed the Kashmiris to have their own constitution and independence over all matters except the foreign affairs, defence and communications. Likewise, Article 35A empowered the local legislature to define the permanent residents who would be entitled to buy and own properties. It was done to address the insecurities amongst the Kashmiri people and to maintain the integrity of demographic structure of the region. The abrogation of the two articles has allowed India to formally annex the disputed territory and make it as an integral part. The Kashmiris may no longer be entitled to their rights and privileges protected under the Indian constitution.

As a follow-up to the Presidential Ordinance the BJP government also passed a bill that has divided the region into two union territories. One would be Jammu and Kashmir (J&K) with its own legislature, and the other would be Laddakh without a legislature. Pakistan has termed these decisions as illegal and has vowed to oppose India’s moves at all levels. China, which also has border disputes and considers part of Laddakh as its integral part has also opposed the decision and accused India of undermining “China’s territorial sovereignty by unilaterally changing its domestic law.” China has also warned that “[s]uch practice is unacceptable and will not come into force.”

Why Now?      During his first term in the office, PM Modi tried to suppress the Kashmir freedom movement by giving a free hand to its military but failed to achieve the desired objectives despite the brutal tactics that were employed by the security forces against the unarmed Kashmiri people. After coming to power again PM Modi is now attempting to change the demographic status of the disputed territory by making constitutional changes that some legal experts claim are illegal.

The timings of this new political offensive may have been influenced by President Trump’s offer of a mediation that was reiterated by the U.S. President despite India’s displeasure. By annexing J&K, India may have sent a message that it would not like any other country to intervene in the dispute, irrespective of the nature of their relations. This should be a cause of some concern amongst the proponents of India-U.S. strategic partnership and President Trump, since India is unlikely to play a supporting role when it comes to its own interests.

Besides these external developments, PM Modi’s decision could also be influenced by domestic-politics considerations. During the last elections the BJP exploited the rising ‘militant nationalism’ for short-term political gains, but it may have also increased the influence of the hardliners in the party, who now enjoy a greater say in the decision-making process. BJP is also under growing pressure to fulfil its promises of economic empowerment at the grassroot level, but so far has not been able to show any tangible progress. The annexation of J&K offers a useful escape that is likely to dominate the political debate for the foreseeable future, besides helping BJP to retain its image of a strong nationalist party.

A Looming Conflict.      India has deployed additional 38,000 paramilitary troops into the region to beef up more than half a million troops and paramilitary forces that were already present in the region. Both India and Pakistan are engaged in continuous exchange of fire along the LoC, and more recently India has also used prohibited ‘cluster bombs’ against the civilian population, to provoke Pakistan and embroil it into a military conflict.

PM Imran Khan in his speech of Aug 6, 2019 also warned about the possibility of a ‘false flag’ operation inside the Indian occupied Kashmir for which he believes Pakistan would be blamed. Cautioning India, PM Khan, therefore, warned that if India launched an attack, Pakistan would ‘definitely’ respond as it has no other option.

India has embarked on a dangerous path that could end up into a serious military conflict. Retreating from its current position would have significant political cost – both for the Modi government and the BJP and continuing with its plan of annexation would only lead to greater unrest amongst the local population. Unless the international community intervenes and diffuses the fast brewing crisis, the possibility of another military conflict cannot be completely ruled out. And, if such a conflict occurs, it would have no winners with serious consequences for the entire region.

Print PDFThe 74th Session of the United Nations General Assembly (UNGA) was held from 17-30 September 2019 at UN headquarters in New York. Highlights this year included a climate summit on 23 September followed by […]

Print PDFSecurity in the 21st century has evolving dimensions and challenges. With changing geopolitical dynamics, an up-to-date and flawless policy should be devised to cater to the needs of the state and its populace against […]