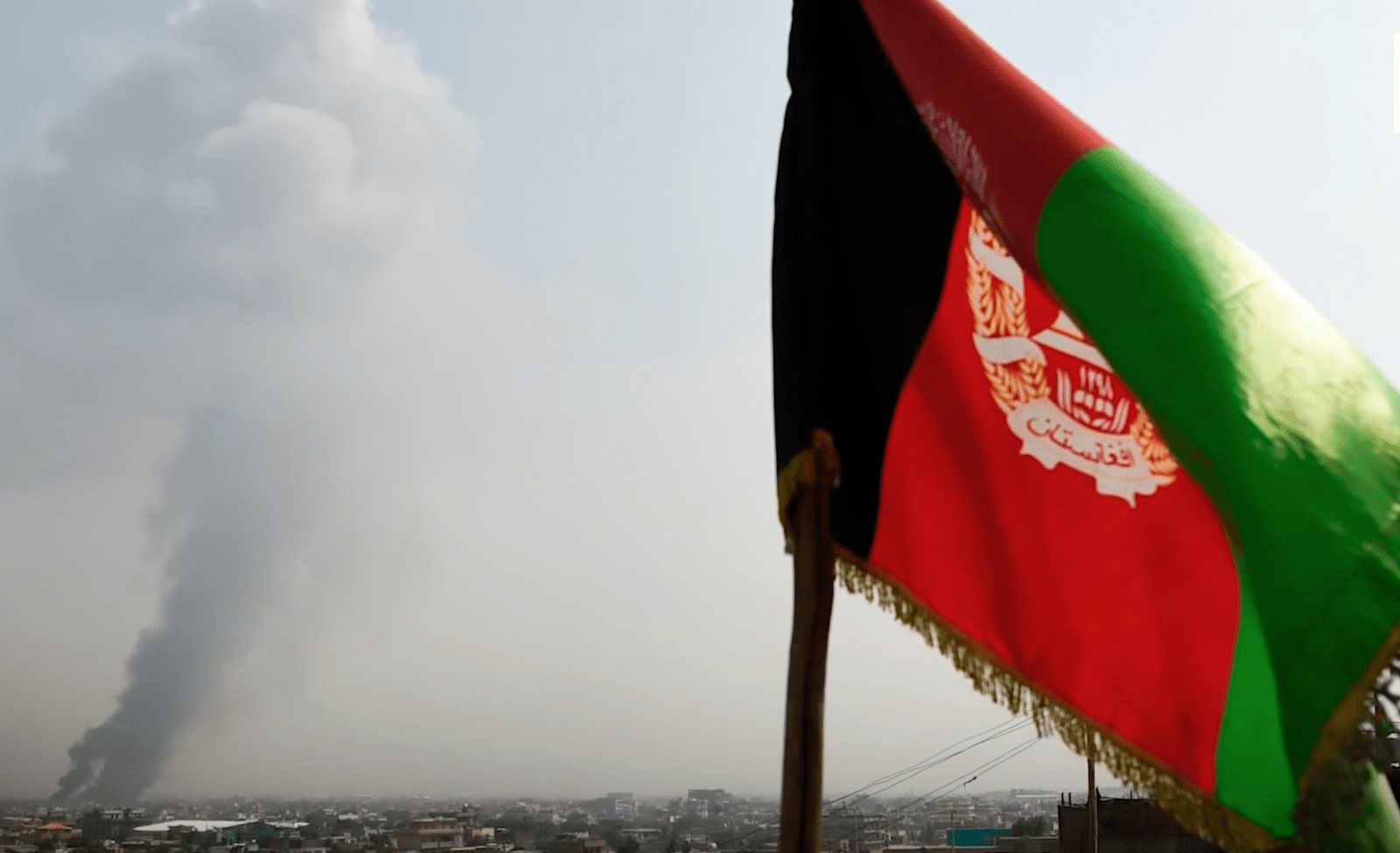 The agreement signed between the US government and Taliban was a momentous step towards securing peace in war-ravaged Afghanistan. The date of the agreement—February 29th—is also significant since it is a fortnight short of the Ides of March, the date of the assassination of Julius Caesar which made the 15th of March 44 BC, a turning point in Roman history. A soothsayer had warned Caesar “Beware the Ides of March”.

Unfortunately, Afghanistan, which has been plagued with war, invasions and chaos for the last four decades and has seen numerous agreements signed, finds peace elusive. A cliché regarding Afghanistan being the “graveyard of Empires,” a country that perennially entices imperial conquerors only to humiliate and expel them, still holds true. The proponents of the theory point to the fact that many empires have tried to conquer Afghanistan, yet none has been able to maintain permanent rule. The concept holds that no foreign power has ever subjugated Afghanistan, even temporarily. As a 2009 Cato Institute report put it, “Although Afghanistan has endured successive waves of Persian, Greek, Arab, Turk, Mongol, British, and Soviet invaders, no occupying power has ever successfully conquered it.” Many authors stress the difficulties faced by two of the world’s most formidable empire-builders, Alexander of Macedon and Genghis Khan.

Apparently, US strategists have read Sir Olaf Caroe—the last foreign secretary for the British raj in India (1939-45)—the quintessential master of the Great Game’s masterpiece The Pathans: 550 B.C.- A.D. 1957, but failed to gain greater insight into the minds of the Afghans and repeated the blunders of previous invaders of Afghanistan.

Rudolph I. Lloyd and Susanne Hoeber write in ‘The Making of US Foreign Policy for South Asia’ in the 25 February 2006 issue of Economic and Political Weekly: “The formulations of Sir Olaf Caroe attracted attention and soon found favour in official circles. His article in the March 1949 number of Round Table and his 1951 book, Wells of Power, led to invitations from the state and defence departments to visit Washington. Sir Olaf Caroe’s influence led the US strategists to draw different conclusions as in 2001, Washington was bound to repeat the same mistake, which its cold war archrival the USSR had committed in 1979—invading Afghanistan. Having secured Kabul, Washington allowed its concentration towards Afghanistan vacillate when it turned its attention towards invading Iraq. The respite allowed the Taliban to consolidate their position and emerge as a force to reckon with.

The rest is history, by the time President Obama assumed the mantle of power, he was enamoured with the idea of drawing down US forces from Afghanistan by 2025 but he indulged in a troops’ surge first. The rejuvenated Taliban inflicted unacceptable losses to the NATO and US troops. By the time the drawdown of US forces was accomplished, the Taliban had secured their ground position in Afghanistan.

President Trump too had raised the election campaign slogan of bringing back US troops from Iraq and Afghanistan. By that time the Taliban had gained nearly sixty per cent of Afghan territory and were difficult to dislodge. Serious efforts to reach an agreement with the Taliban through direct negotiations persisted despite hiccups, leading to the February 29 accord. President Trump will be credited with authoring the agreement for peace with the Taliban but that brings us back to the original question raised in the title of this article.

Not a day had gone by after the signing of the accord that vicious attacks by the Taliban and counterattack by US forces resumed, putting the peace process in jeopardy. Simultaneously, President Ashraf Ghani started dragging his feet regarding one of the preconditions to the next step, the Intra-Afghan peace talks at Oslo. He refused to release the 5,000 Taliban prisoners; he had committed.

The milieu in Afghanistan is so murky that peace will remain elusive. While the Taliban may commit to peace and share power with other Afghan factions for an “all-inclusive government”, other protagonists are at work to derail the peace process. The ISIS or Daesh machinated when a gathering of Shia Hazaras in the capital was targeted by its gunmen, in which Dr Abdullah Abdullah and former Afghan President Hamid Karzai escaped narrowly. Meanwhile, US intelligence agencies have opined publicly that the Taliban may not honour the peace deal; a notion that the Taliban spokesperson has rejected.

If peace is to prevail in Afghanistan, it will have to be cobbled painstakingly. All the stakeholders, which includes the Taliban, the current ruling dispensation in Kabul, however fragile and fragmented it may be and the US must be patient. Pakistan considers itself a stakeholder in Afghan peace since its development plans are on hold till tranquillity returns to its western neighbour. Of the five million Afghan refugees that were hosted by Pakistan at the peak of the USSR invasion in the early eighties, 2.5 million remain and Pakistan is seeking their return to their homeland if the situation becomes conducive to their receive them.

China, Iran, Russia, the Central Asian States and even India are interested in a nonviolent Afghanistan. Chinese Belt and Road Initiative (BRI), TAPI, CPEC, all are held hostage to peace in Afghanistan. China feels threatened by unrest in Xinjiang, which may find extremists fuelling insurgency while India fears jihadists stoking freedom fighters’ fires in Indian administered Kashmir. The Daesh have passed on their barbaric franchise to the Tehreek-e-Taliban Pakistan (TTP), who had been wreaking havoc in Pakistan while Iran too faces the violent intrigues purportedly executed by the ISIS, thus making the neighbourhood of Afghanistan vie for peace in the troubled region.

Being the major player in the game, the US will have to appreciate that it cannot replicate the western style of democracy in Afghanistan, which has a very different value system of governance. Nor will its hastily trained Afghan Security Forces comprising of the Afghan National Army and Police, be able to fully replace the NATO and US forces. The guardians of peace in Afghanistan will have to be the people of Afghanistan, who will have to learn to work with diverse ethnicities, sects and beliefs. The Taliban will have to be included in the governance process and ambitions of being the sole rulers will have to be shelved till the territory that has seen no peace for forty years, is rebuilt and stands on its own feet.

Sir Olaf Caroe will have to be revisited from when he wrote The Wells of Power for American consumption, encouraging the US to step forward as an offshore balancer. The days of offshore balancing are gone; The Great Game has been replaced with inclusiveness and quest for partnering peace rather than imposing hegemony and domination. Only then peace will have a chance in Afghanistan.

TPNW Meeting of State Parties 2022: Problems To Be Addressed

Print PDFThe Treaty on the Prohibition of Nuclear Weapons (TPNW) has stirred a debate about its impact on the Non-Proliferation Treaty (NPT), specifically as to the benefits, faults, improvements areas, and a broader convergence or […]

Print PDFMachiavelli, in his seminal work The Prince, alluded explicitly to the distinction between the effective and theatrical parts of an enduring political order. He outlined that an effective political order not only has an […]